The Technology of the Cadillac CT6

Today’s luxury cars can’t just be leather and wood-filled clubhouses, they need to have more tech than NASA, too. Cadillac isn’t shy when it comes to raiding the engineering labs, and so the new 2016 CT6 has more than its share of gadgetry and geek-appeal, whether you’re at the wheel or just enjoying the ride.

Cadillac isn’t the only company to use magnetorheological fluid-filled dampers on its cars, but the CT6 is an excellent example of why the technology is so well-lauded. Thanks to its changing physical properties when different amounts of electricity are applied, the CT6’s suspension can adjust from smooth highway cruiser to surprisingly aggressive canyon hooligan at the touch of a button. 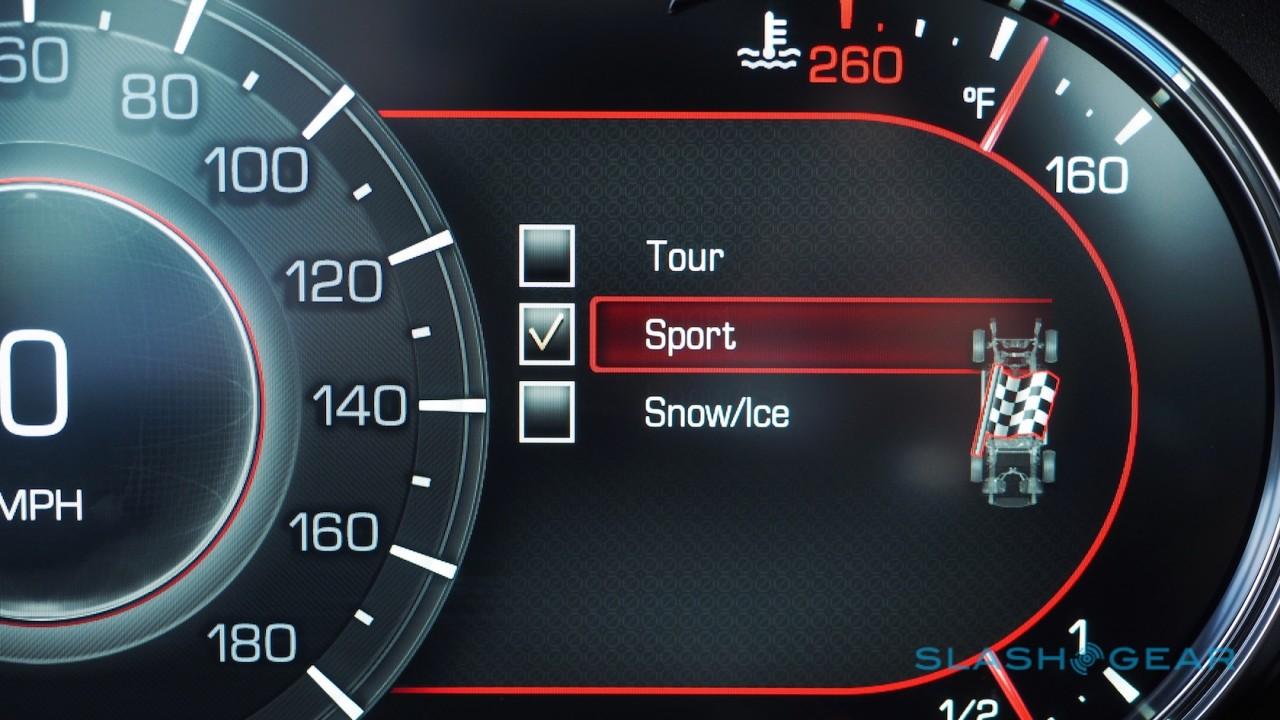 All too often, the drive mode switch makes a near-imperceptible difference to how a car actually performs. In the case of the CT6, though, there’s an appreciable change when you go from Tour to Sport (with Snow/Ice saved for more inclement conditions). 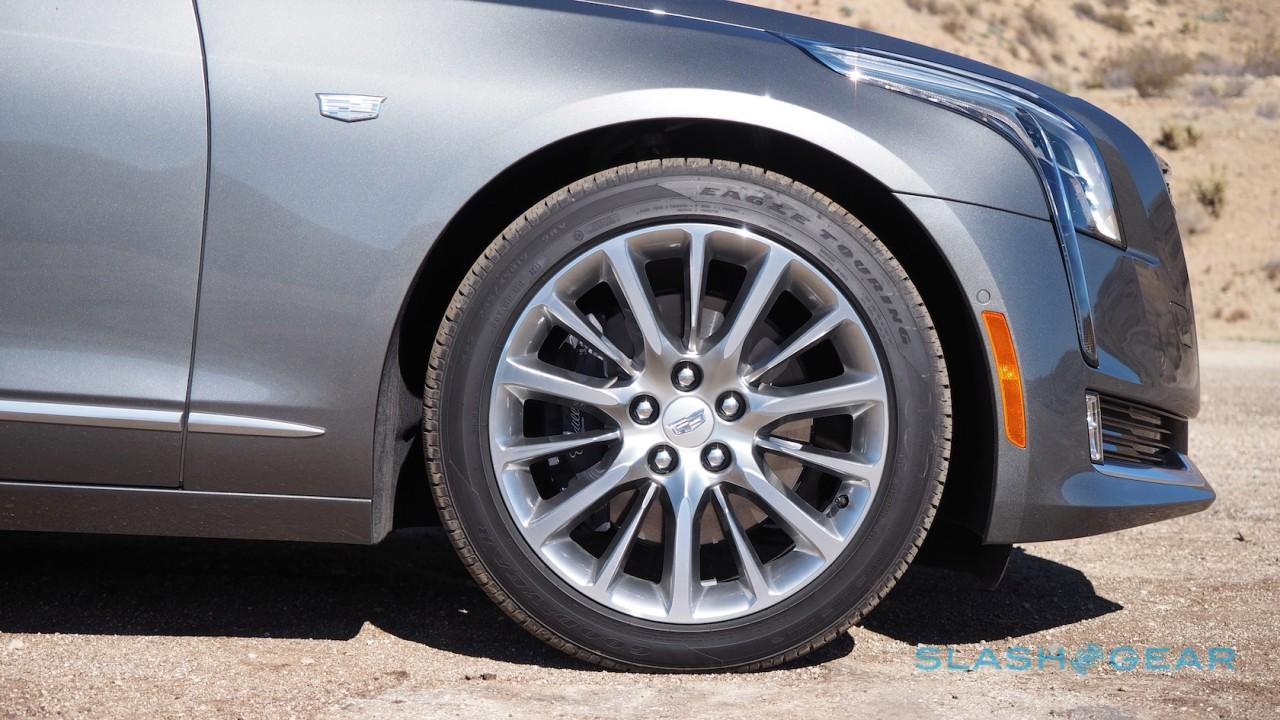 In Tour, the clever dampers smooth out bumps and judders and give a ride fit to give Mercedes-Benz palpitations. Flick over to Sport mode, meanwhile, and you’ve got something more eager than a BMW to get into the corners.

Opt for a CT6 with all-wheel drive, and you can have active rear steering too. It may only be a few degrees of turn either way, but it has a big impact on turning circle, cornering, and icy weather performance. 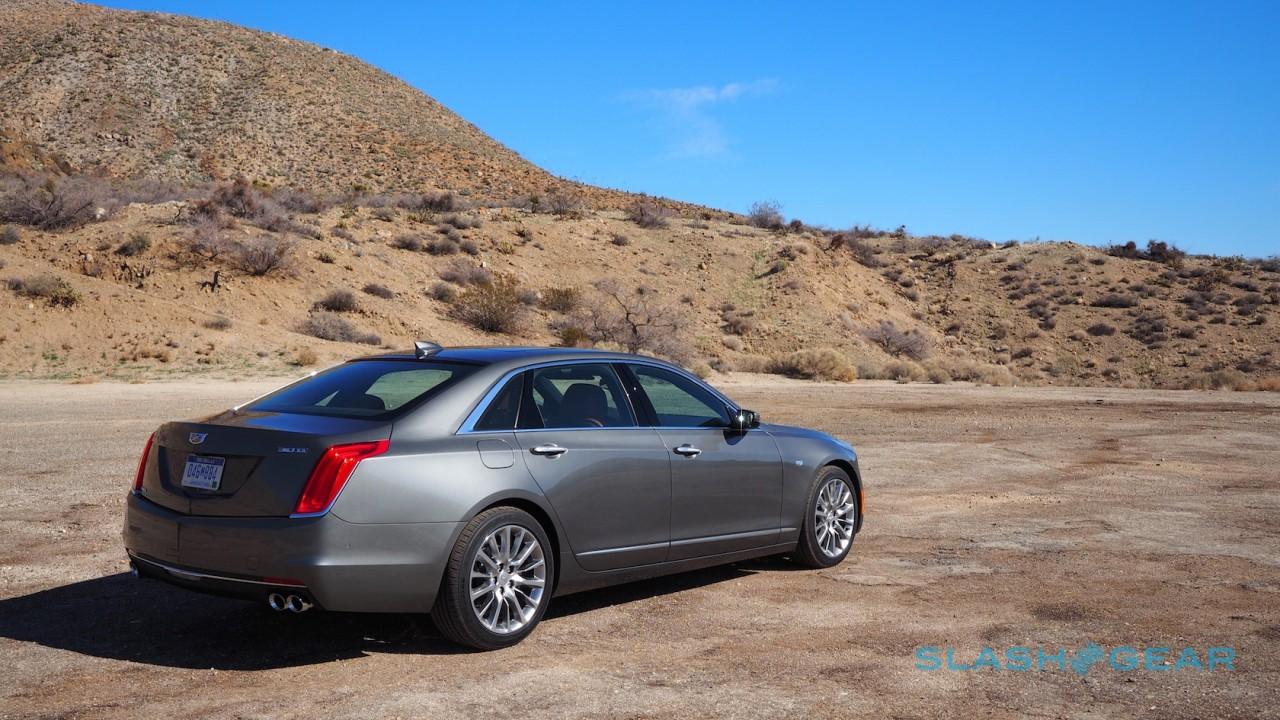 By turning the rear wheels in the opposite direction to those at the front, you can trim about three feet from the turning circle, impressive given the scale of the car. It also improves cornering performance at higher speed, something Sport mode makes heavy use of. 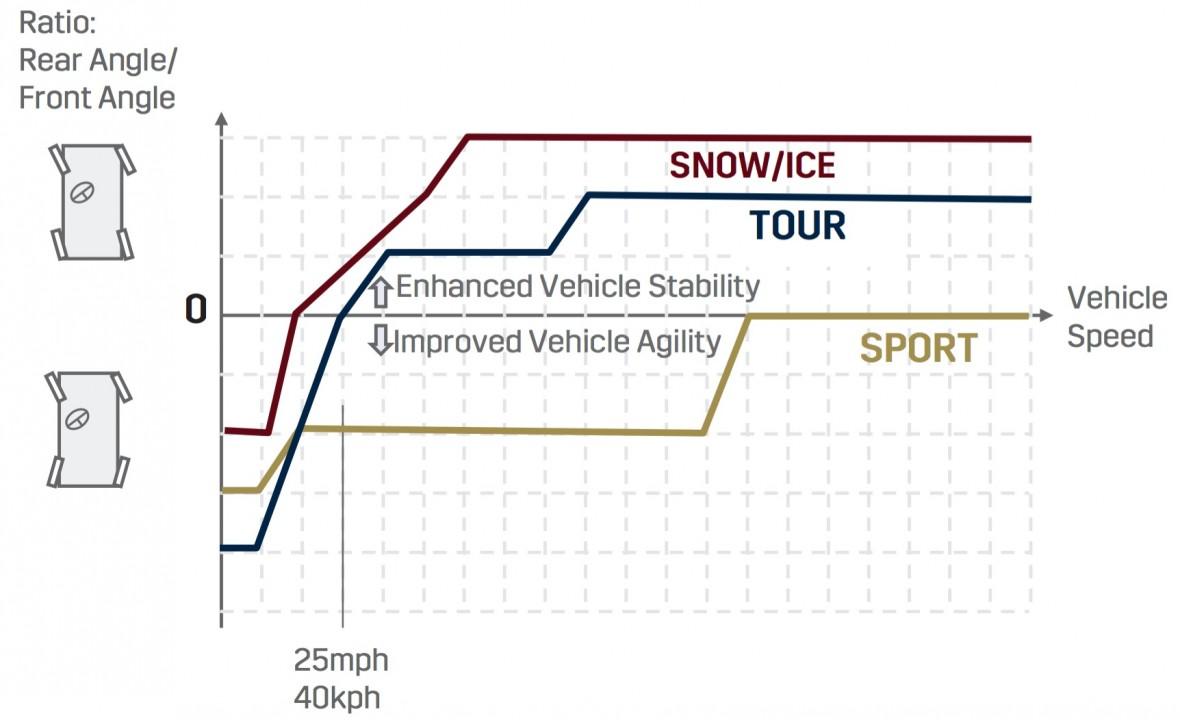 Meanwhile, by turning the rear wheels in the same direction as the front, the CT6 can track across lanes on the highway more effectively. In slick, icy conditions, the same system can improve traction and stability.

At first glance, the CT6’s rear-view mirror is a regular piece of reflective glass. Like most cars mid-range or above, it’ll auto-dim at nighttime to avoid dazzling you with the headlights of the car behind. 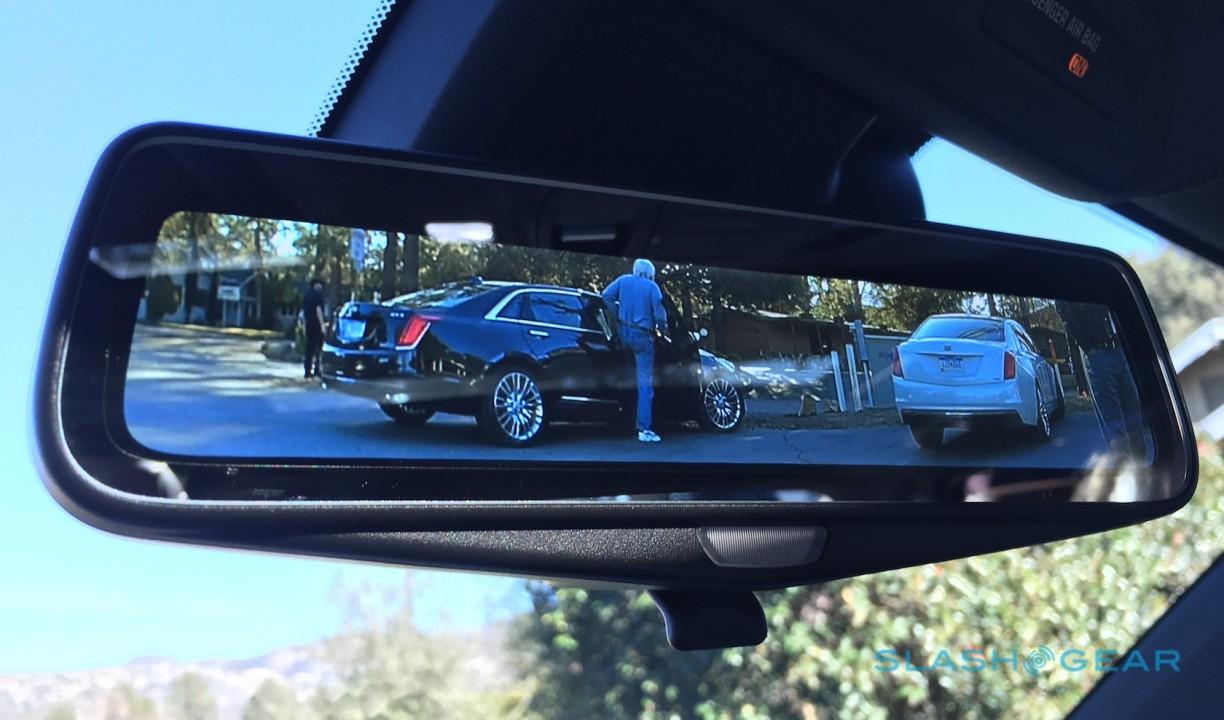 Flip the switch underneath, however, and the mirror disappears and is replaced with a live video feed from a dedicated camera at the back of the car. Rather than piggy-backing off the reversing camera, Cadillac opted to feed its smart mirror with a completely separate view: that way, it’s sufficiently wide-angle and high-resolution to fill the display.

It takes a little getting used to, but the result is a much broader field of view than you’d get from glass: around 300-percent more, in fact, Cadillac claims. There are no blind-spots from the rear pillars or passengers in the back, either, though that does have an odd knock-on effect of meaning you can’t easily make eye-contact while holding a conversation with whoever is sat there.

… That’s not the only camera, though

When you’re parking 204 inches of luxury sedan, you expect 360-degree cameras. That’s table-stakes. Cadillac borrows a trick out of the Corvette’s book, however, and makes use of those cameras 24/7.

So, while you’re driving, the CT6 can record footage from its front and rear cameras to an SD card in the trunk. If you see something interesting – or need evidence in an accident – you can choose which files you want to preserve.

Park up and activate the security system, meanwhile, and cameras on all four sides of the car start recording. That way, if you wake up to a mysterious dent in your bumper and a neighbor who refuses to ‘fess up, your CT6 can tell the truth.

Big, luxury sedans need big, powerful audio systems, and Cadillac has turned to Bose for the CT6’s soundtrack. Although the AV company has two more affordable options in the line-up, it’s the Panaray system – standard on the Platinum, and a $3,700 upgrade on the Luxury and Premium Luxury – that really treats the ears. 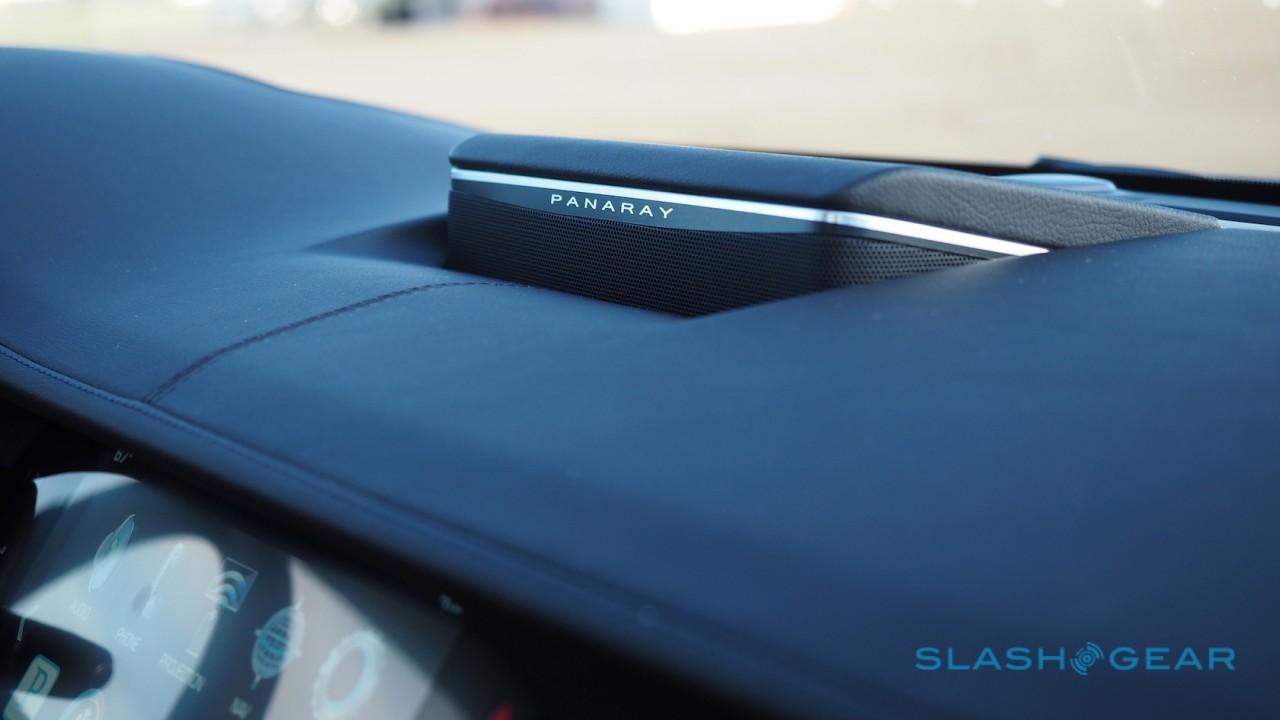 Bose hides 34 speakers in total around the car, powered by four amplifiers, and capable of upscaling stereo audio into surround sound. If you’ve got a Blu-ray audio disc, you can play that, or stream music from your smartphone courtesy of wired or Bluetooth connections.

Since different CT6s will see the MVP put in different places, the Panaray system can optionally focus its sweet spot either on the driver or those in the rear seats.

Multiple screens aren’t new in a luxury sedan, but Cadillac packages and feeds them differently. Rather than hanging them inelegantly from the front seat headrests, each of the two 10.2-inch 1280 x 720 panels rises up from a hidden compartment. 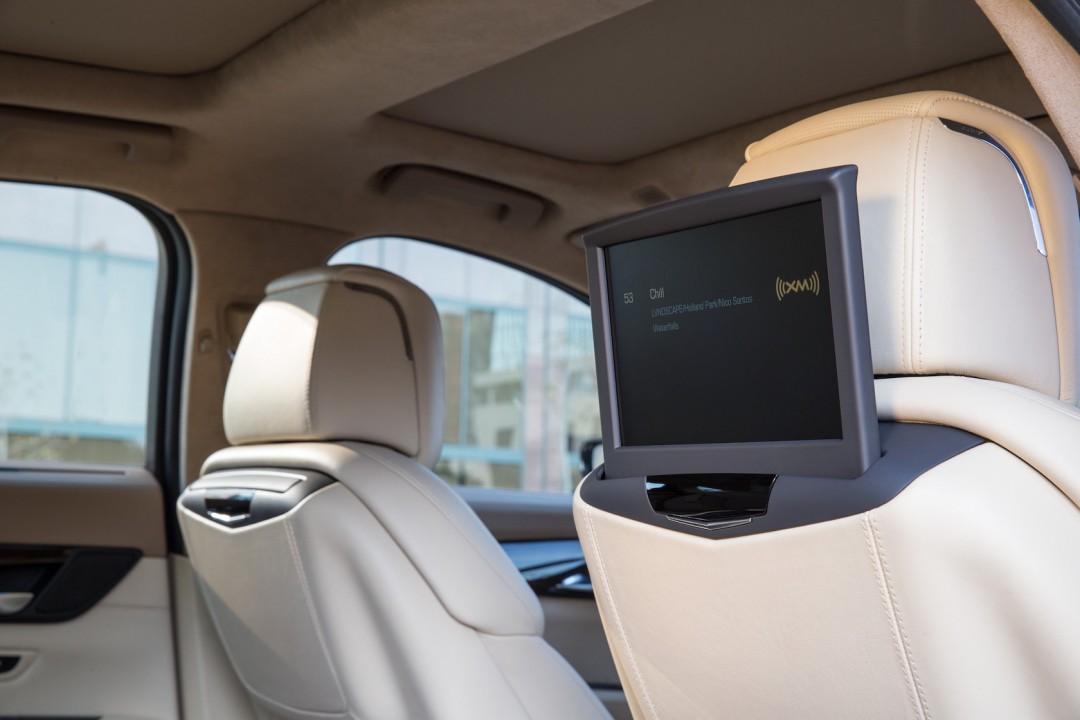 They’ll remember the height and tilt you last set them to, as well, and automatically return to that position. More importantly, though, Cadillac isn’t being choosy with what content you can see.

As well as having access to the car’s infotainment system – including, if fitted, its Blu-ray player – there’s a regular HDMI input. That’ll play nicely with your streaming stick of choice, be it a Chromecast, Roku, or even an Apple TV; there’s a power outlet there too. 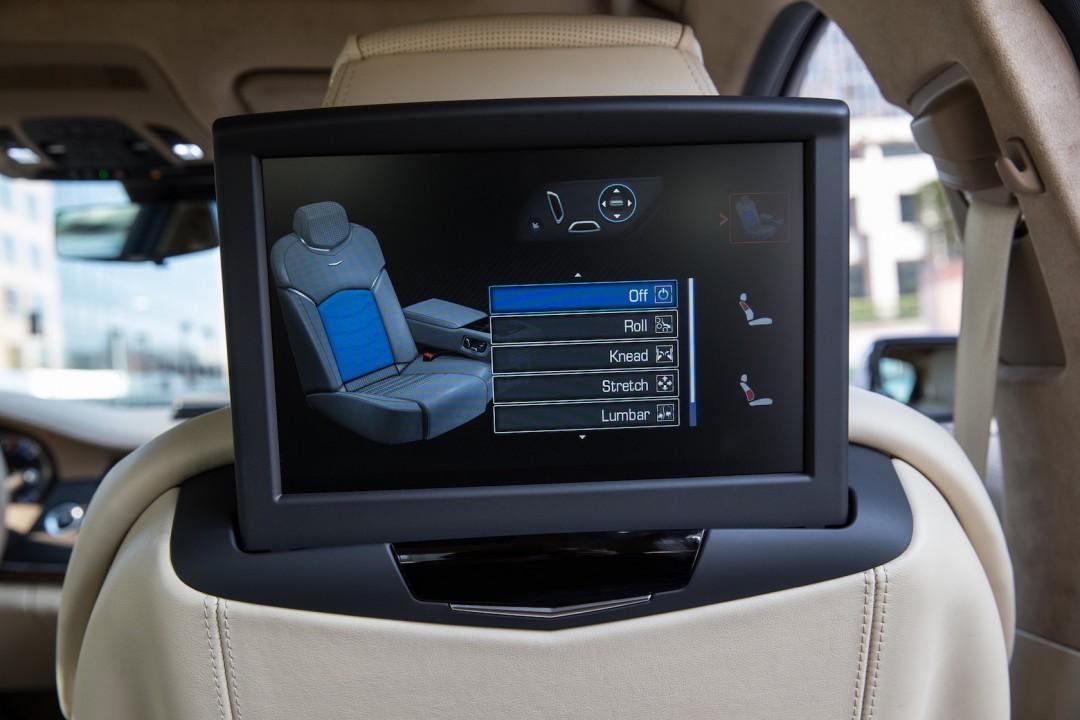 So, with the right adapter plugged in, you could AirPlay or Google Cast from your iPhone or Android device, straight to the CT6. Hook things up to the onboard WiFi hotspot, and the car’s OnStar 4G connection can be used for Netflix, Hulu, iTunes, or any other streaming service.

The CT6’s cleverest trick won’t be available at launch. Super Cruise is GM’s take on semi-autonomous driving, but while the original plan was to have it ready alongside the CT6’s release, it has since been pushed back to sometime in 2017. 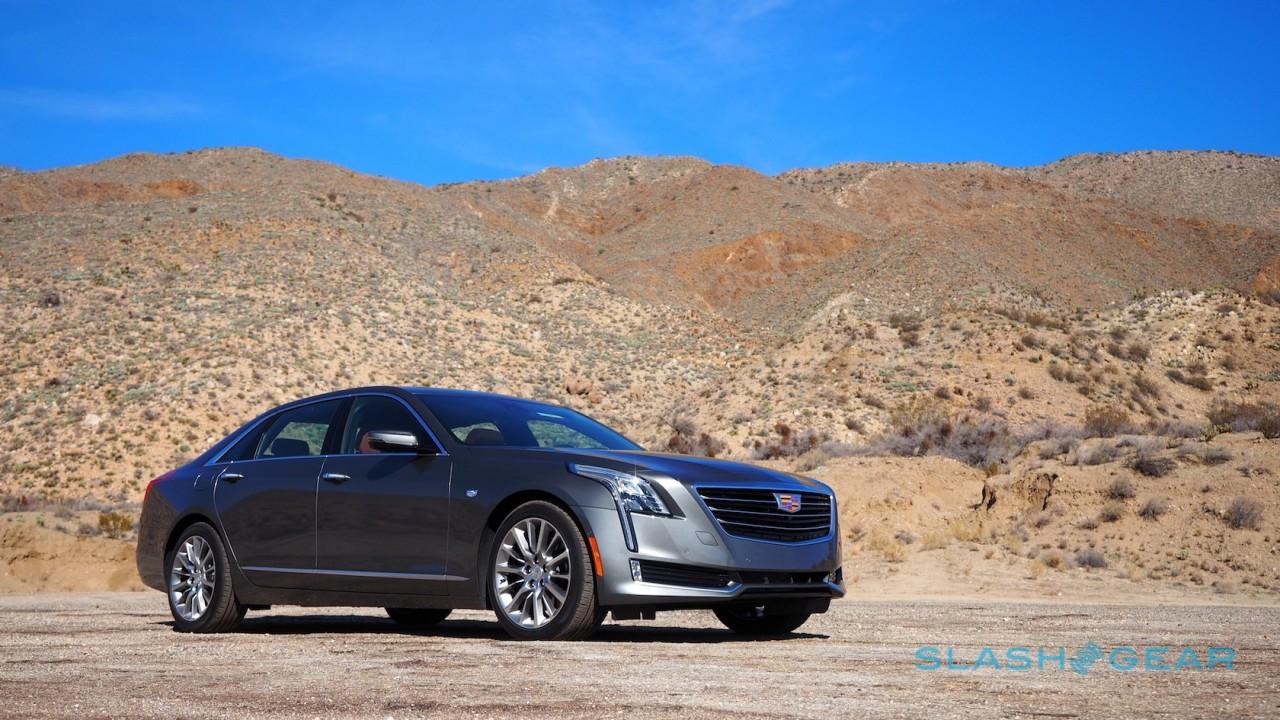 When it arrives, it’ll build on the existing adaptive cruise control and lane-spotting systems, leaving the big Caddy able to follow along in traffic, maintain its place in the lane, and track around corners at highway speeds without the driver being involved.

There’s much more on the 2016 Cadillac CT6 in our full first-drive report.