The SSC Tuatara is a beast, and here’s proof

Without question, the SSC Tuatara is gunning for the world’s fastest car title. American automaker SSC took its sweet time in developing the Tuatara, and we thought the car won’t make it past the concept stage after first debuting at Pebble Beach in 2011 – back when SSC was still known as Shelby SuperCars Inc.

The Tuatara is now packing a twin-turbocharged 5.9-liter V8 engine, and you can hear it in action as the Tuatara stretches its legs on an empty road.

The video is less than 50 seconds, but it said a lot, didn’t it? Not only did it reveal the Tuatara’s ability to achieve maximum velocity, but it gave us a soundbite of that glorious V8 engine. Honestly, we were expecting a bit more savagery and noise from the blown mill, but it sounds magnificent, nevertheless. 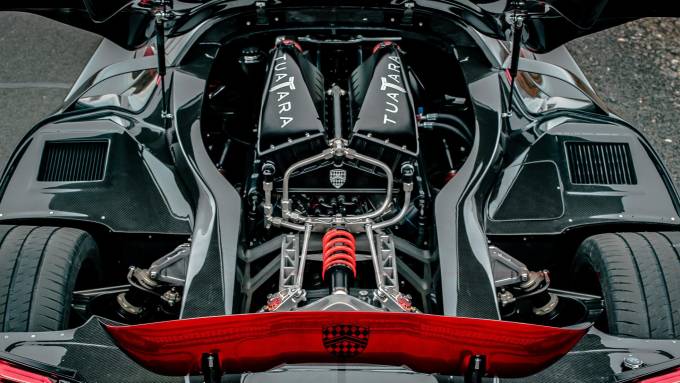 The SSC Tuatara is the brainchild of Jerod Shelby. No, this Shelby is not related to the iconic Carrol Shelby, but both men share the same passion for speed. Shelby SuperCars was established in 1998 and is now known as SSC North America. In 2006, the automaker unveiled the SSC Ultimate Aero, a car which held the title of the fastest production car. 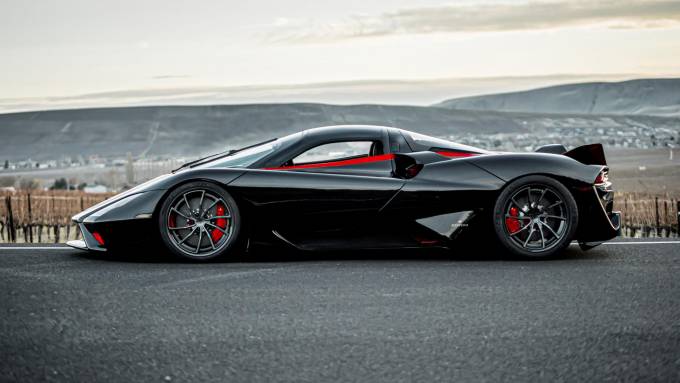 Bugatti did it again in 2019 using a longtail version of the Chiron. It broke the Veyron’s speed record by breaching the 300-mph barrier. The Bugatti Chiron Super Sport+ achieved 304.773 mph (490+ kph) and is now officially recognized as the world’s fastest production car.

But SSC is not done. The company unveiled the first-ever Tuatara to leave the assembly line in February 2020, and it seems SSC is poised to snatch the speed title from Bugatti. According to SSC, the Tuatara has a top speed of above 300 mph and is the most aerodynamic supercar in production today.

The slippery body shape was penned by Jason Castriota – the man behind the 2007 Maserati Gran Turismo and 2006 Ferrari 599 GTB Fiorano among many others – and has a drag coefficient of 0.279 Cd. The Tuatara has a lightweight carbon fiber monocoque chassis and body to save weight. True to form, the Tuatara tips the scales at around 2,750 pounds. 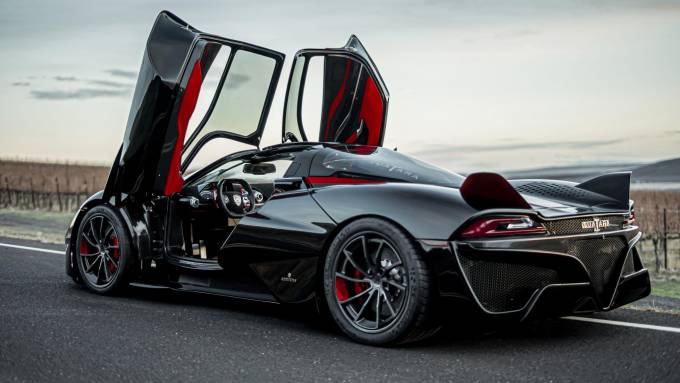 Of course, it has the muscle to back up its jet fighter-inspired styling. The SSC Tuatara is motivated by a bonkers twin-turbocharged 5.9-liter V8 co-developed with Nelson Racing Engines. On a steady diet of E85 gasoline, the SSC Tuatara is pushing 1,750-horsepower to the tarmac. Fill it up with regular 91 octane fuel and you still get 1,350 horsepower from the blown mill. The engine is mated to a CIMA seven-speed semi-automatic gearbox turning the rear wheels. 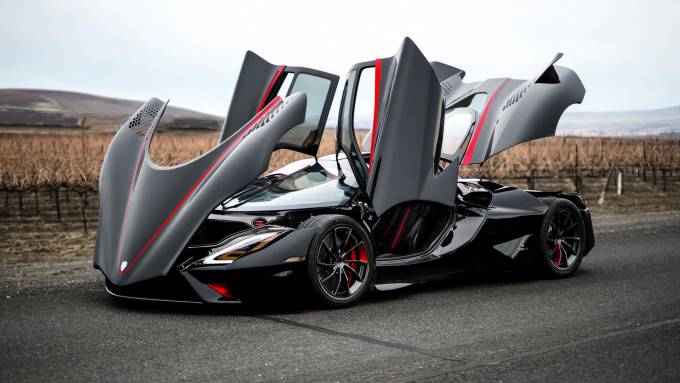 SSC North America is only making 100 limited-run units of the Tuatara starting at $1.3-million to $1.9-million each. But is it fast enough to recapture the speed crown? We’ll have to wait and see.