Executive editor Chris Davies said it best when describing the McLaren Senna GTR. “It’s the most potent track car that the British automaker has ever created,” said Davies, and he’s right. But the most striking thing about the Senna GTR is not the mind-blowing power figure from its 4.0-liter V8 engine, but rather its massive, LMP1-style rear wing.

We’re not sure if it’s the biggest rear spoiler in automotive history, but it’s there for a purpose. And for the second part of McLaren’s Tech Club series of short films, the British supercar maker has shed some light on why the Senna GTR’s wing is large enough for small aircraft to land upon.

It so happens the rear wing is garnering most of the attention, but the McLaren Senna GTR is festooned in a bevy of carbon-fiber aero bits. It has a reprofiled front splitter, dive planes and vortex generators on the front corners, and active aero blades.

But McLaren wanted more for the Senna GTR, so the engineers gave Principle Designer Esteban Palazzo a monumental undertaking: 1,000 KG of downforce, which is roughly 2,205 pounds. 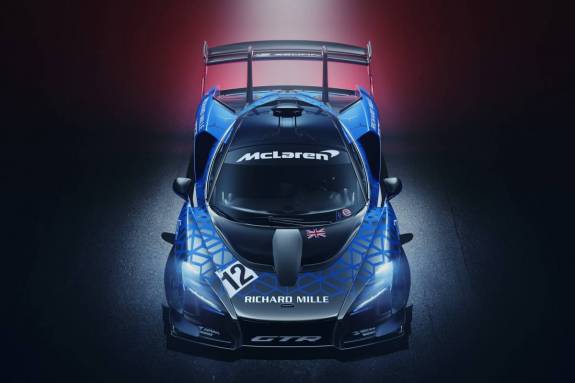 And if you think about it, that figure is around 442 pounds more than in a roadgoing Senna. Even more impressive is how the GTR matches the Senna’s downforce at 15-percent lower speeds. “The wing is not only for downforce, but it’s also to stabilize the car in a straight line,” said Palazzo. The team went to work and came up with nothing less than a carbon-fiber masterpiece. 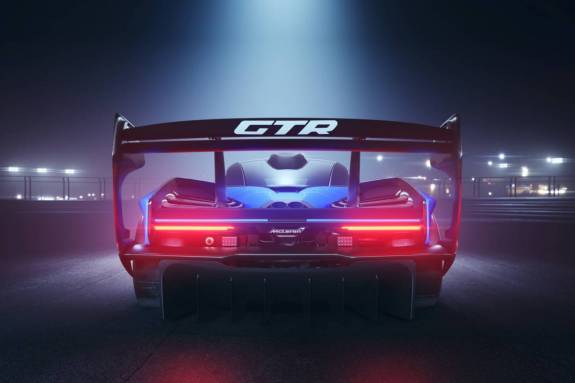 The McLaren Senna GTR’s rear wing is equipped with LMP1-style endplates. The wing is also coupled with a large rear diffuser that pushes the car to the ground at higher speeds.

And if that’s not enough, the wing is also equipped with active aero trickery including an active drag reduction system (DRS). The system automatically stalls the angle of the rear wing to produce the smoothest possible airflow during maximum speed runs. 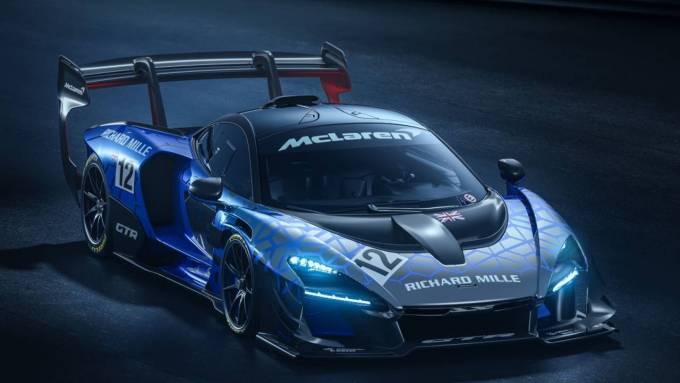 Without a doubt, the McLaren Senna GTR is not a road car, but it didn’t stop buyers from snapping up all 75 units within weeks of previewing the concept vehicle last year. And with prices starting at around $1.4-million and change, it’s every bit a megabuck, track-ready hypercar with a screaming turbocharged V8 motor. 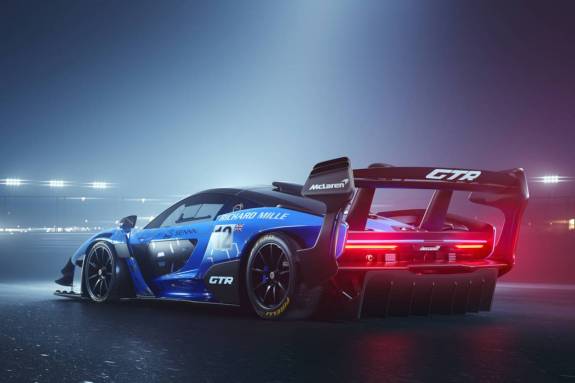 The McLaren Senna GTR is powered by a specially-tuned turbocharged 4.0-liter V8 producing 814 horsepower and 590 pound-feet of torque. For a car weighing only 2,619 pounds and with a deleted secondary catalyst in the exhaust, it scoots to 60 mph in 2.7-seconds, has a top speed of over 200 mph, and has an exhaust sound like no other McLaren.