The McLaren Elva is the newest addition to the British carmaker’s Ultimate Series lineup. The Elba joins the ranks of the iconic F1 along with the P1, Speedtail, and Senna. But unlike the aforementioned exotics, the Elva is the only speedster in the group. This means learning to deal with an 804-horsepower supercar with no roof, windshield, and side windows.

With a top speed of over 200 mph and no windshield to block the air from destroying your face and hairdo, the folks at McLaren devised a solution to keep things calm and tidy at higher speeds. McLaren calls it the Active Air Management System or AAMS.

And while AAMS may seem complicated, the concept behind it is amazingly simple to understand. See those air vents on the hood? The Elva ‘collects’ oncoming air from the front of the car and diverts it to those air vents, releasing the collected air at higher pressures. This has the effect of creating an invisible ‘air bubble’ in front of the car.

Using clever aerodynamics, this ‘air bubble’ creates a virtual windscreen in the cabin. And as you go faster still, there’s a carbon-fiber wind deflector that automatically rises by 5.9-inches to further block the air from ruining your ‘do. Apparently, AAMS can be manually turned on or off, but the system automatically goes to work as you approach higher speeds. 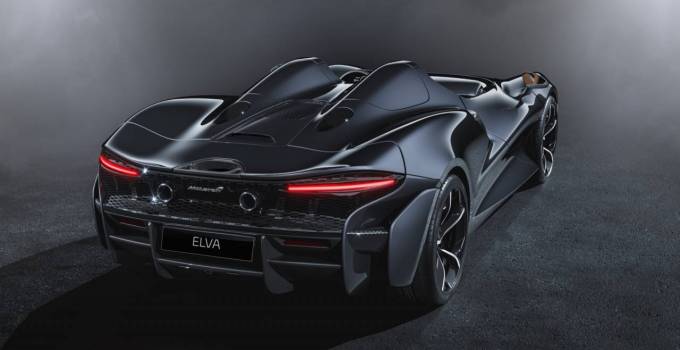 And that’s a good thing since the McLaren Elva is all about speed. Behind the exposed cabin is a 4.0-liter twin-turbocharged V8 pumping out 804-horsepower and 590 pound-feet of torque. The engine is bolted to a seven-speed seamless-shift gearbox turning the rear wheels.

Since the Elva is McLaren’s lightest road car ever, it’s touted to be faster than the Senna from 0 to 124 mph, which it accomplishes in 6.7-seconds. It still goes from zero to 60 mph in under three seconds, which makes it blazingly quick, indeed. 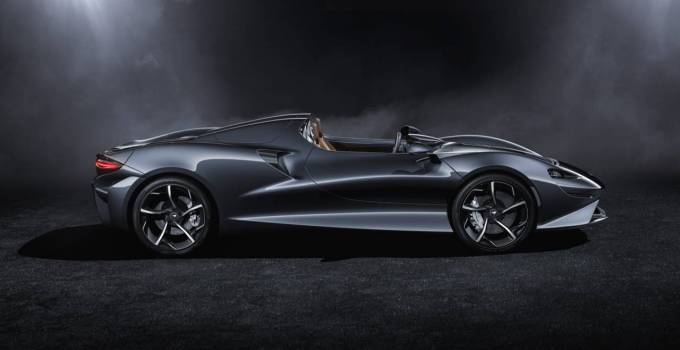 As expected, the Elva is festooned in lightweight carbon-fiber body panels. Even the floor and the seat shells are crafted from the carbon-fiber. The interior receives a central 8-inch touchscreen display mounted on a carbon-fiber arm. Meanwhile, the seats are covered in your choice of different leather materials or synthetic fabrics. 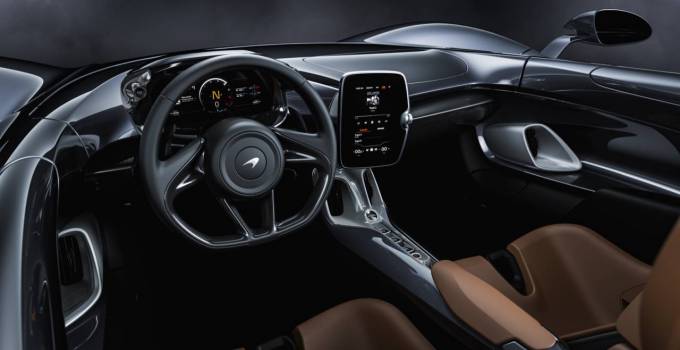 McLaren is only making 399 units of the Elva with prices starting at $1.7-million. The best part? The car is available to order now. And yes, McLaren’s trick AAMS ‘air bubble’ system is standard, although how it deals with insects and flying stones is anybody’s guess.