The flipping, sliding Samsung A80 is weird, and that’s a good thing

The Samsung Galaxy A80’s pop-up, rotating camera is an astonishingly complicated solution to the anti-notch movement, but it’s hard not to be entranced by the geekily-gimmicky smartphone. Announced today, the A80 manages to outshine the Galaxy S10 by virtue of its motorized camera.

At first glance, you’d be forgiven for assuming the Galaxy A80 was just a regular Samsung device. On the back there are three cameras: a main 48-megapixel sensor, an ultra-wide 8-megapixel sensor with a 123-degree field of view, and finally a 3D depth sensor.

It’s when you look at the front that the difference strikes you. Or, more accurately, when you realize what’s absent. Samsung has done away with the front-facing camera, which allows it to have a fully edge-to-edge screen with no cut-out, hole punch, or notch. It’s a big panel, too: 6.7-inches of 2400 x 1080 Super AMOLED.

Hit the front-facing camera button in Samsung’s camera app, and something mesmerizing happens. The top of the phone quickly slides up, the lozenge-shaped camera array flips around, and suddenly those three rear sensors are facing you. Tap the button again, and the cameras whip 180-degrees again.

It’s not unfair to say that, until recently, smartphone design had been stagnating. Row upon row of glass and metal slabs, with just about the most exciting feature being the ability to buy one of these tech rectangles in a color other than silver or black.

Competing motivations have forced some imagination back into the industry. On the one hand, for example, phone makers have decided that users hate screen bezels. At the same time, they also know that smartphone buyers aren’t willing to give up on the ability to take selfies. Those competing pressures have led to arguably the most controversial phone feature – beyond iOS vs Android, of course – in recent time: the dreaded notch.

I hold no great hatred for the smartphone display notch; in general, I find that after a day or two of using a phone, or even less in fact, I stop noticing the cut-out at all. Yet while the A80 may not be the first phone in recent memory to look to a pop-up camera in order to minimize bezels without resorting to a notch, that’s really just a side-show. There’s actually another very good reason why you should care about Samsung’s new form-factor. 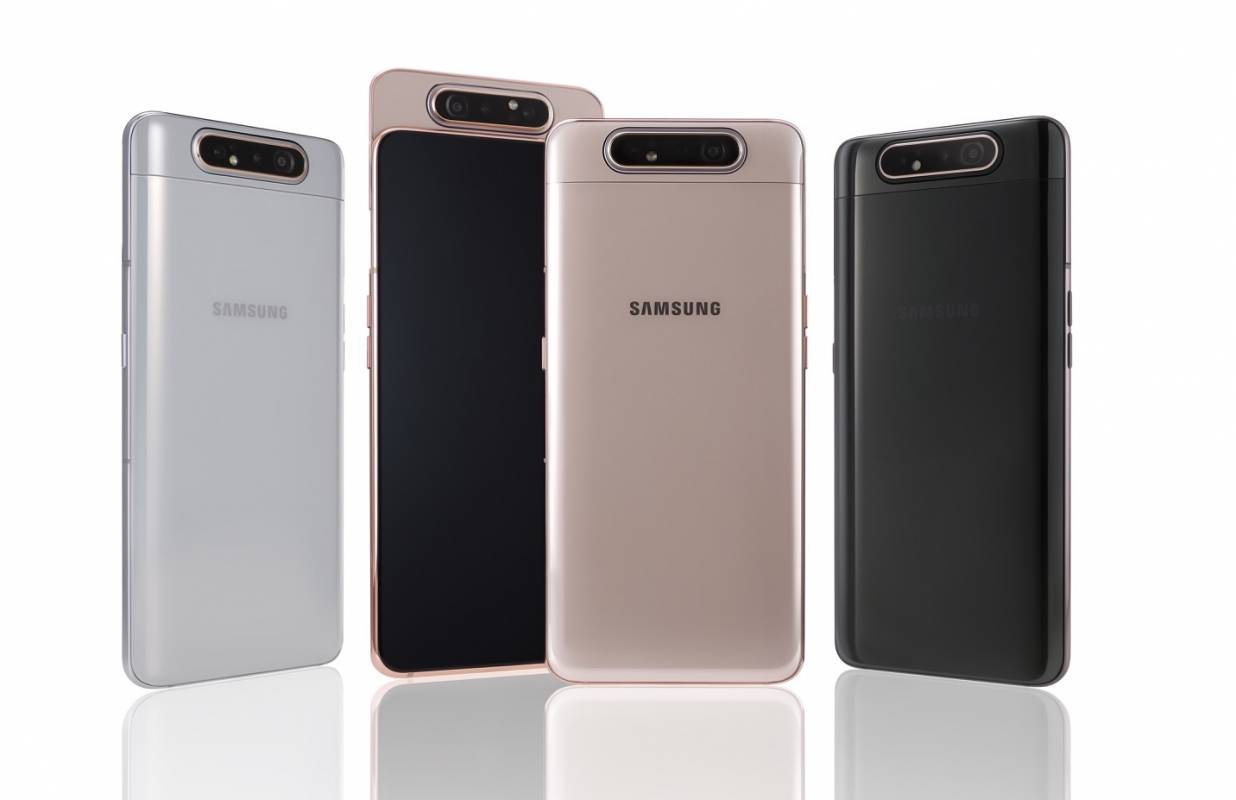 While front-facing cameras have improved in resolution and performance over recent years, they’re still typically less impressive than their counterparts on the rear of the phone. Whether it’s for reasons of space within the upper portion of the handset, or simply because cost savings had to be made somewhere, it’s not uncommon for modern flagships to still arrive with fixed-focus selfie cameras or other compromises.

Why not, Samsung’s A80 asks, repurpose the far better main cameras on the back of the phone for selfies instead? We’ve seen Vivo argue something similar with its NEX Dual Display, though take a different route to achieving it. Whereas the NEX Dual Display puts a whole second screen on the back for framing shots of yourself, Samsung limits itself to a single screen but with a flipping mechanism instead. 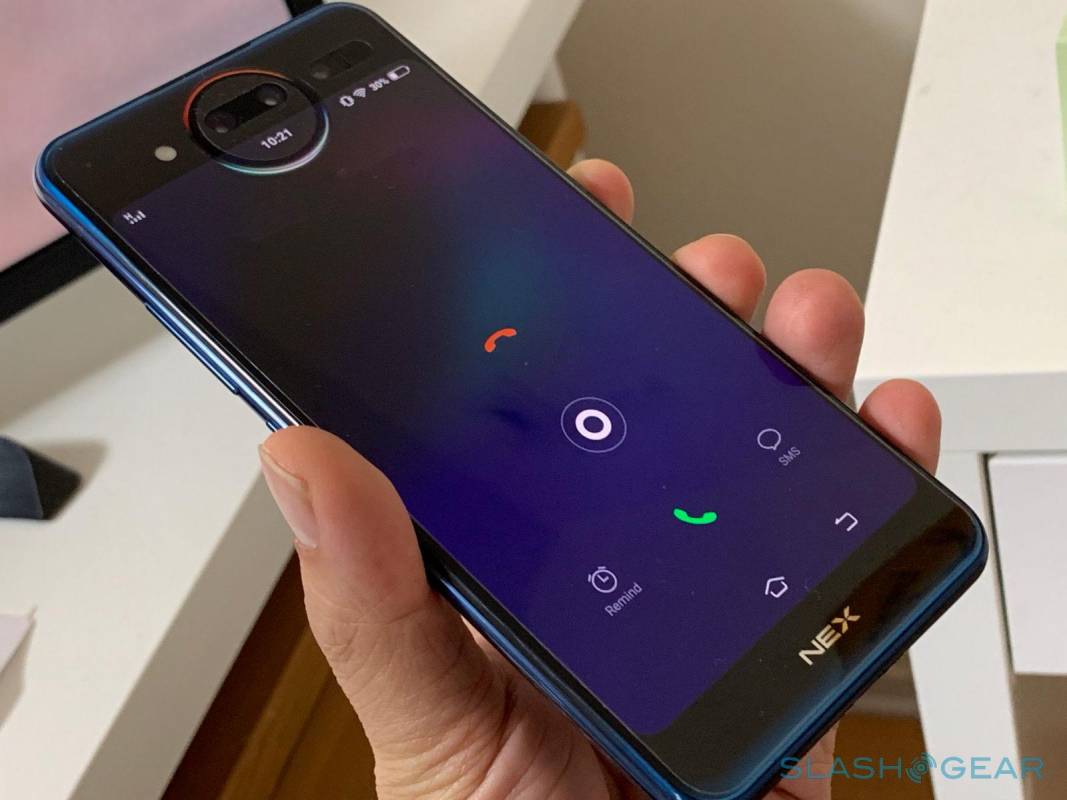 Is the Galaxy A80’s method better or worse than, say, Vivo’s? Both involve extra hardware, after all. Samsung’s arguably raises more questions about longevity: any time you involve moving parts, you’re introducing a potential mechanical point of failure. Perhaps, though, that isn’t such an issue with the typical 2-3 year lifespan of a phone before people upgrade.

I’m still not entirely sure that these form-changing Transformer phones will catch on in any meaningful way. Still, like with foldable phones such as Samsung’s own Galaxy Fold, I’m pleased to see manufacturers experiment with them. A sense of glee is something that has been absent from the smartphone industry for a while now. It’s about time phones put smiles on our faces again.