The opening shots have finally been fired. Going beyond somewhat dubious prototypes, Samsung and Huawei have finally revealed fully working samples of their respective foldable smartphones. Unsurprisingly, the two stood at opposite sides when it came to deciding how the device should fold, which could very well determine how lines will be drawn between other companies that will also be getting into the game. But which side is right and which side folds the best? We take a look at these two trailblazers and see where they win and where they fall.

Samsung’s idea of the foldable phone, or at least the foldable tablet, comes as no surprise. It was one of the first to envision such a device even before it had a flexible display to speak of. Back then, however, it showed off the idea of a tablet that opens and closes like a book. It didn’t yet plan on making a phone that transforms into a tablet and all the design considerations that it involved.

The Galaxy Fold’s main display is, of course, the large 7.3-inch QXGA+ screen that gets folded inside the two halves. The second 4.6-inch screen on the outside not only has a much lower HD+ resolution, it doesn’t even stretch to all edges of the folded device, creating the impression of a small, embedded screen on top of a cover. The design of the Galaxy Fold, its construction, and the small external display is almost reminiscent of the Nokia Communicators of old, sans the physical keys.

When the Mate X arrived just a few days after the Unpacked event, everyone went on about how Huawei’s version was more beautiful than Samsung’s. That’s not to say the Galaxy Fold is ugly but its design seems to be geared more towards its functionality. In other words, its beauty is more utilitarian, almost industrial, calling to mind the business-like palmtops and communicators of yesteryear. 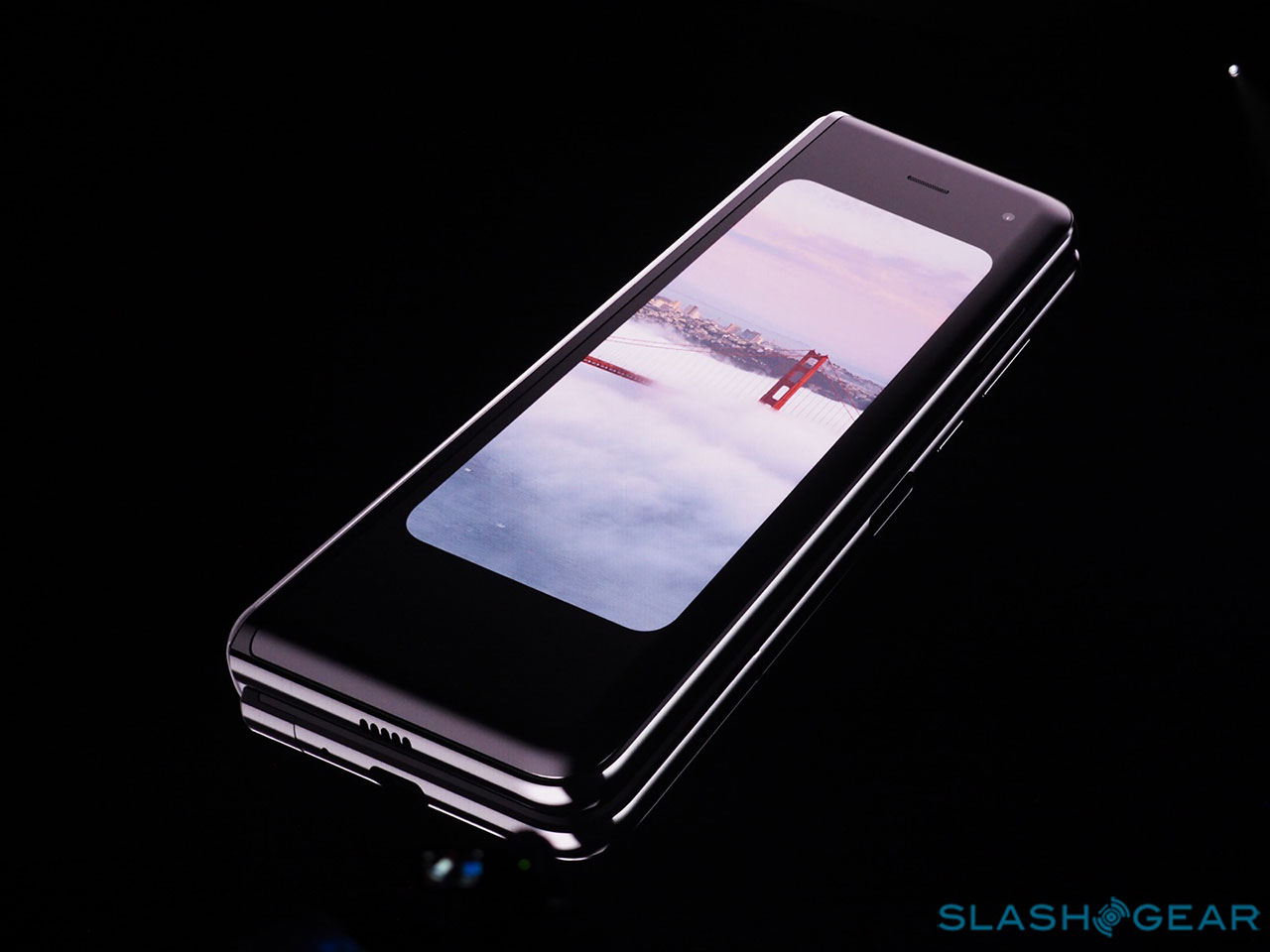 The primary benefit of this “innie” design is that the most expensive component of the Galaxy Fold is protected when not in use. Presumably, there’s also less tress on the folded section of the screen compared to having it act like the spine of a book. This also means that Samsung has more freedom to put whatever it wants or needs on the opposite side of that display without having to resort to a separate grip-like structure.

The Galaxy Fold’s also lets it lie completely flat on a surface, unlike the Huawei Mate X that will always be inclined on one side. This could come in handy in the future when and if Samsung and Wacom add S Pen functionality to the transformable slate. And because it is even on all sides, the device works the same way for right-handed and left-handed users. Hopefully, it’s also possible to prop up the Galaxy Fold like a laptop, though the practical use of that is a bit questionable.

That’s not to say Samsung didn’t make some compromises to work with its original vision. It’s hard to argue that, at least when folded, the Huawei Mate X is indeed more breathtaking. Samsung also limited itself to a smaller display in order to be able to hold the folded phone in one hand.

Its biggest criticism, however, is that secondary external display. It’s necessary if you want to be able to use the phone even when folded shut but its small size and awkward placement doesn’t score points in terms of presentation. That said, it’s that same size and position that should make it a bit usable despite the Galaxy Fold’s height. 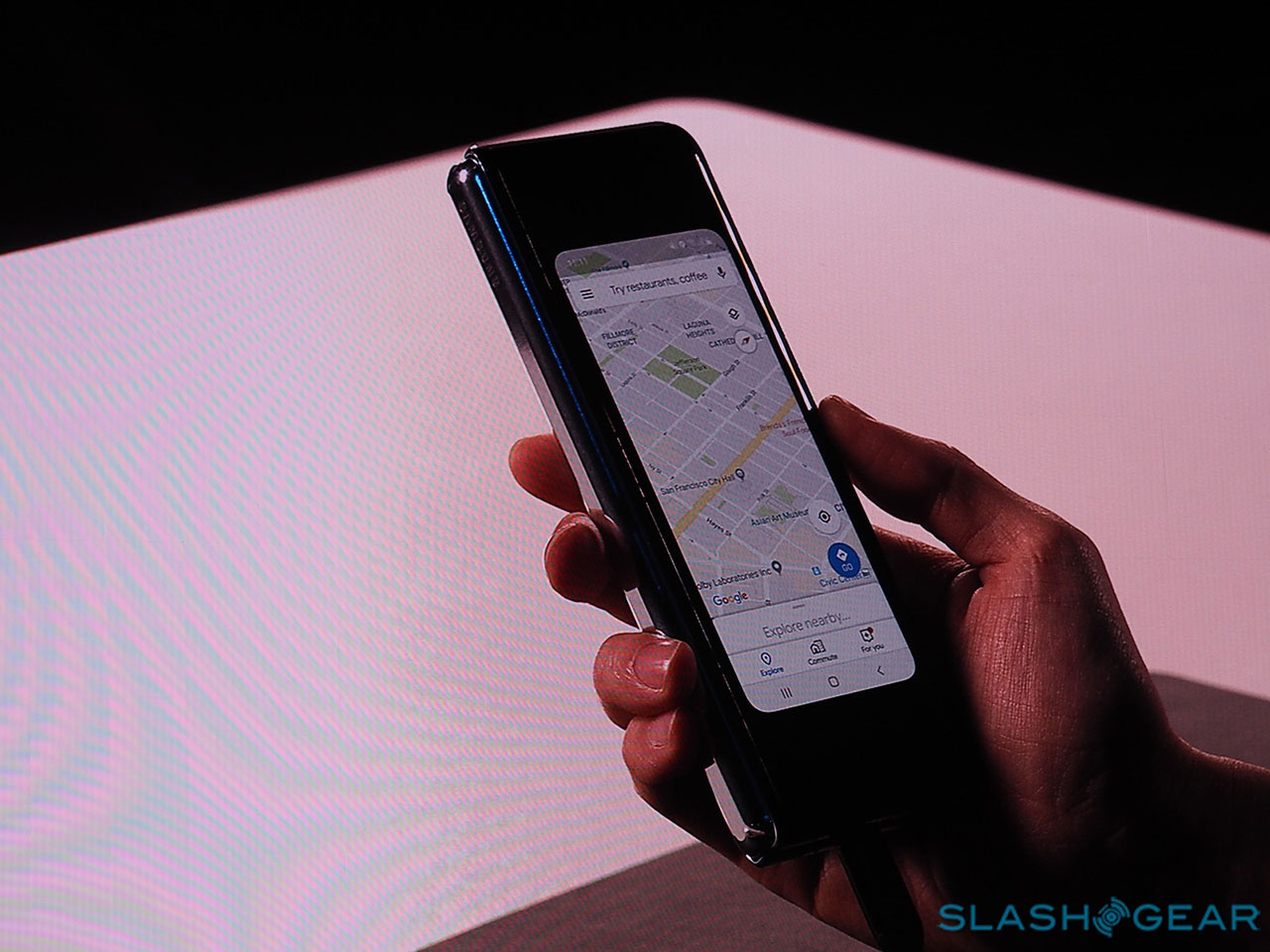 That said, there might be a beneficial side-effect to that design, something Samsung perhaps never intended nor wants. It could help you cut down on the use of the phone and limit yourself to only the basic functionality. But if you ever need the full functionality, you can always unfold the Fold.

If first impressions last, then the Huawei Mate X is definitely the winner. But as the history of smartphones would tell us, the prettiest ones aren’t always the best. Of course, there are some handsome handsets that also turn out to be the crème de la crème and the foldable Mate X could be one of those.

Huawei’s version, much like what Lenovo showed a few years back, folds with the display on the outside, wrapping a part of the screen around the hinge like the spine of a book. Huawei’s design, however, adds a new detail we haven’t seen before, a “deadzone” grip on one side that houses buttons, the fingerprint scanner, and the cameras. 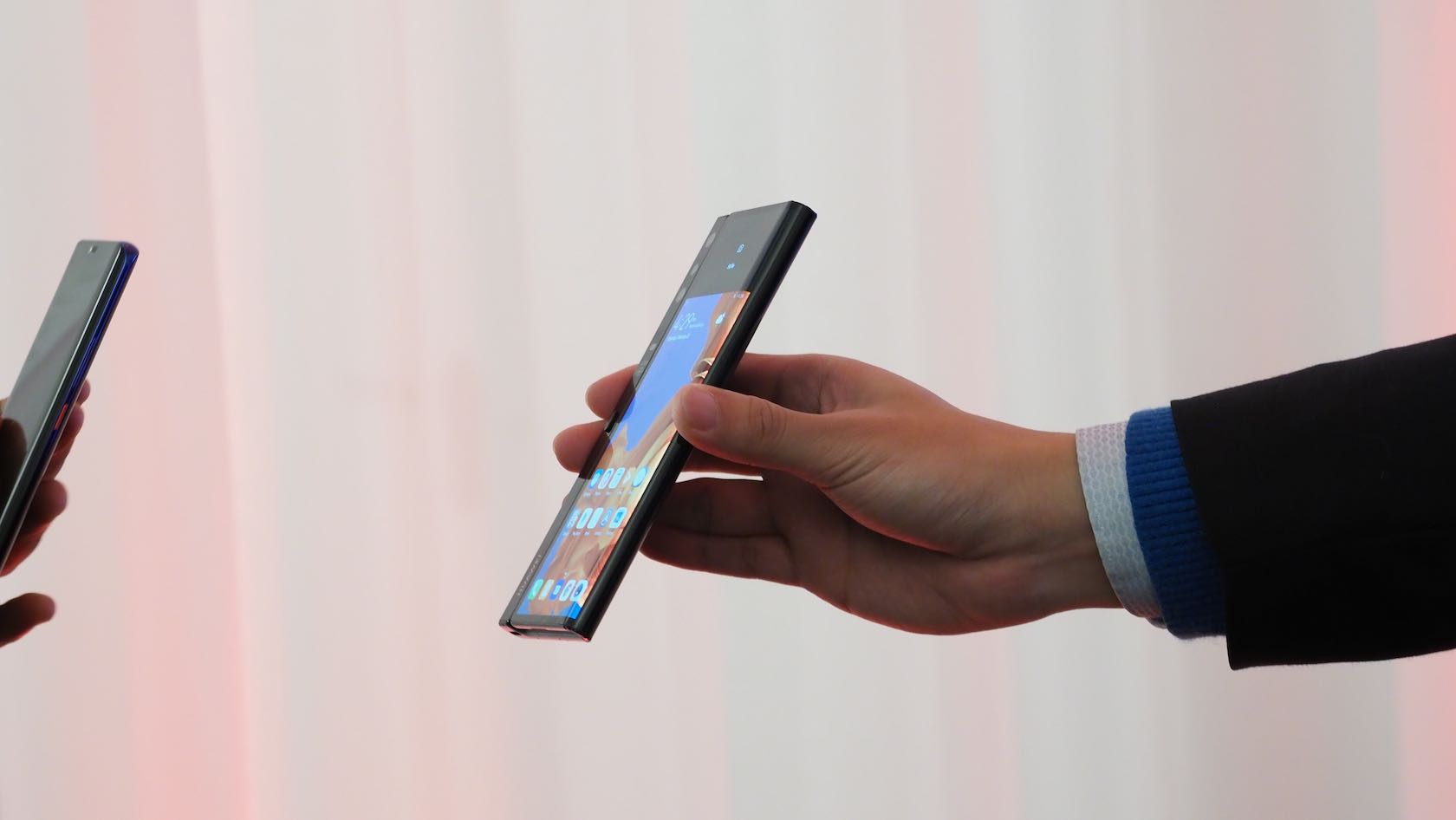 The benefit of Huawei’s “outie” design is economy and immediacy. There is only one screen that is both the tablet and the phone, the latter when folded. You don’t have to add a secondary one on the other side and, in fact, you can’t really add one anyway. It should, in theory, cut down on the build costs.

It also means that the Huawei Mate X is immediately usable in whatever form or fold it is in. Given the larger display, both folded and unfolded, you don’t always have to make an upfront choice which screen you’d like to use. You also don’t have to limiit yourself to such a narrow screen when using it as a phone.

The Mate X also has a larger display overall that takes it closer to being a real tablet, almost an iPad mini. This fact and the way it folds makes it a better device for collaboration via Tent mode or for gaming in phone mode.

There will always be concerns about the Mate X’s durability. While smartphone displays have definitely gotten stronger, accidents still do happen. Along with the tension along the curved part of the display, there might be a higher risk of something cracking or breaking. And when, not if, that happens, the replacement won’t be easy or cheap.

The Mate X’s grip is also odd in a way. Sure, it gives your hand something more stable to hold on to without accidentally touching the screen, but it also almost prescribes holding it in a particular way. Specifically with the right hand. It also means that the Huawei Mate X will never lie flat on a surface, which, again, could invite accidents to happen. 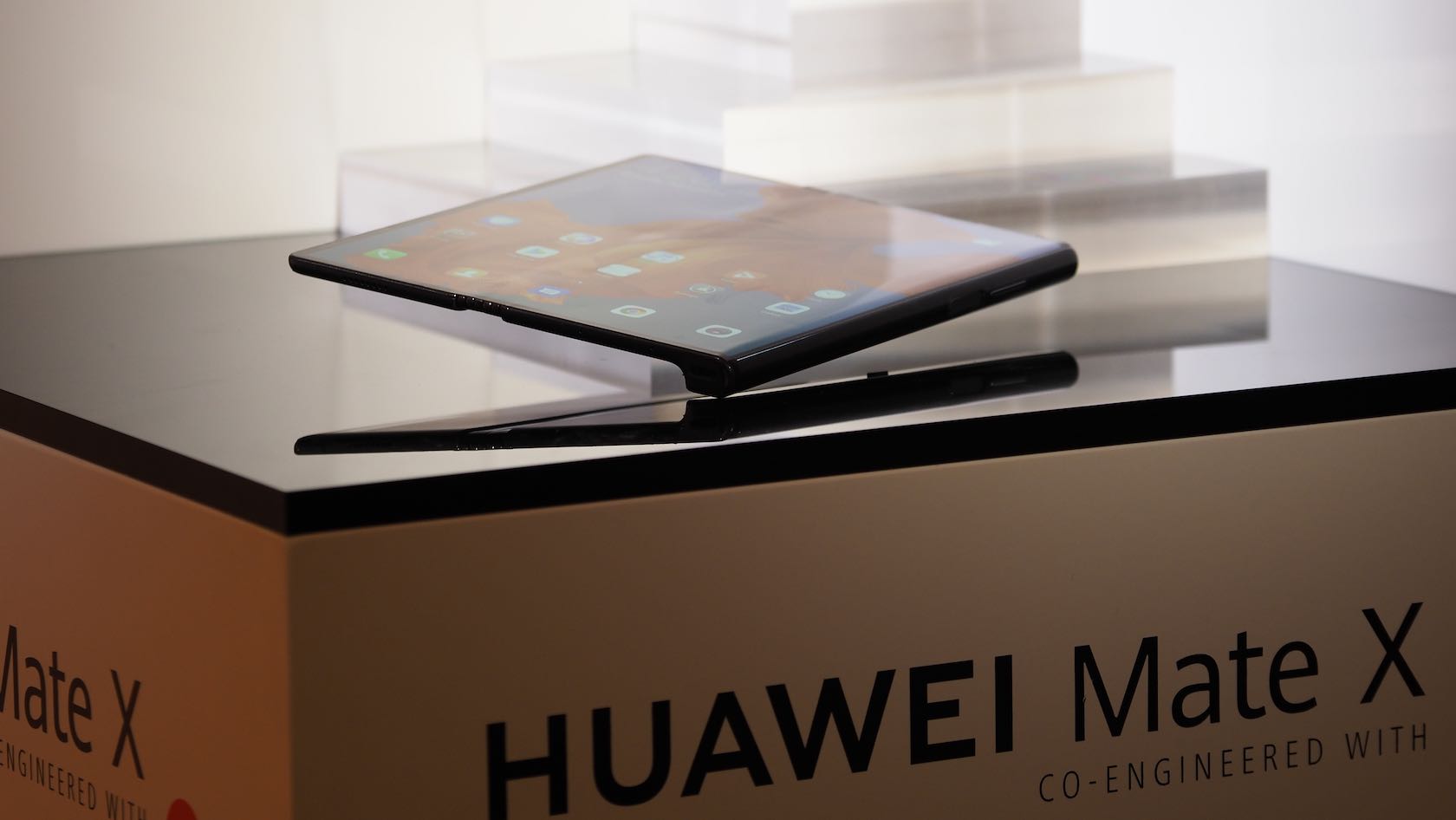 When all we had were mockups, patents, and prototypes, all we could talk about were conjectures and theories. Now that we finally have devices close to launching in the market, we can finally discuss how practical those designs are. In the future, you will have to choose depending on what you will use such a device for. These two phones sit on opposite sides of the spectrum. On one end, you have the Galaxy Fold which, truth be told, is more like a tablet that folds into a phone when necessary. On the opposite end is the Huawei Mate X, which feels more like a dual screen phone that happens to be joined in the middle. 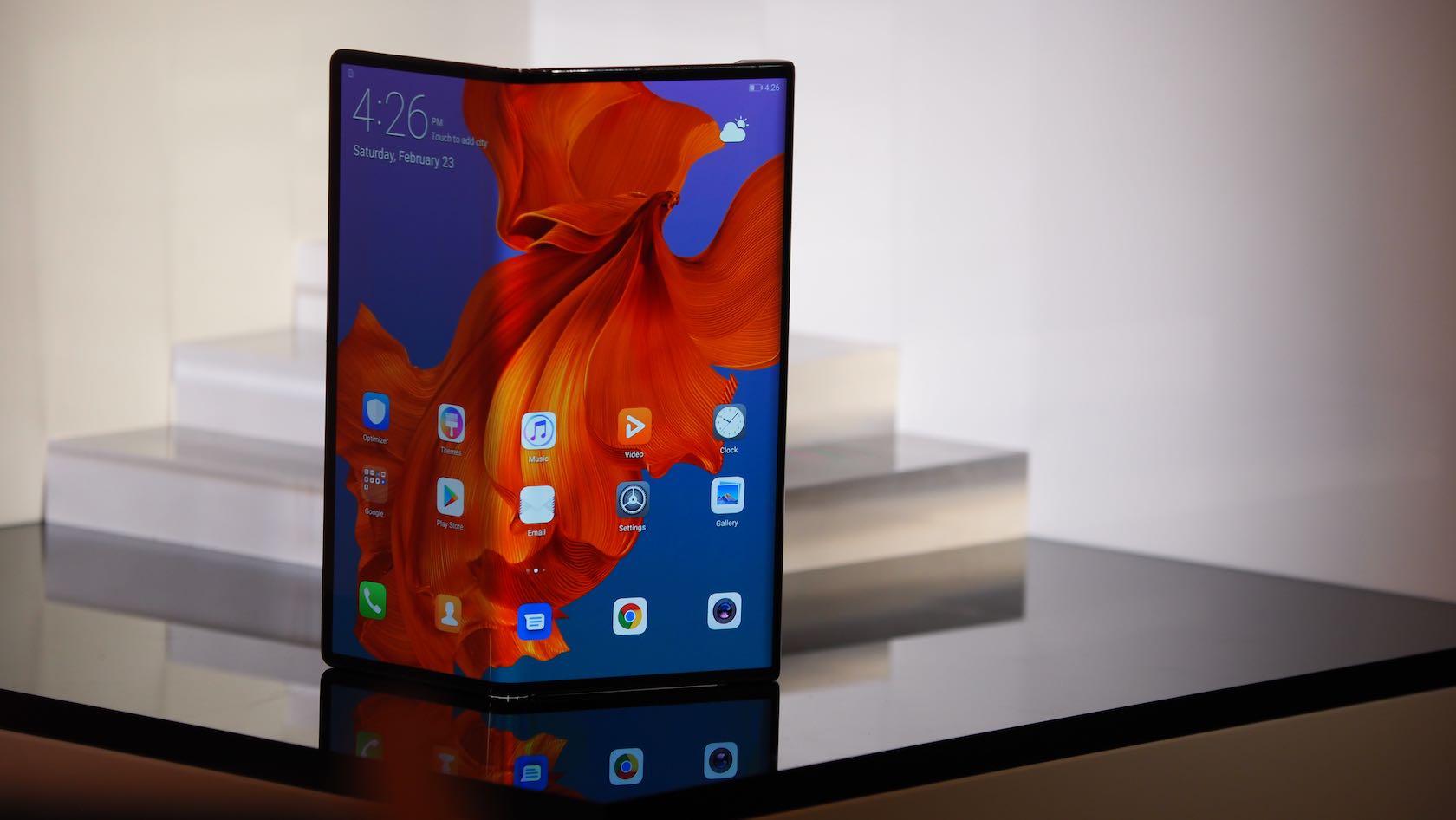 Fortunately, very few will have to make that decision today. Unless you’re an early adopter with resources, neither will be within easy reach. Neither will also be close to perfect, as companies continue to iterate over the designs and find ways to make their price tags less appalling.