Porsche’s new 2021 911 Targa 4S may have a 0-60 mph time of 3.6 seconds, but it’s the 19 seconds that the roof takes to open or close that’s probably more mesmerizing. On paper, it’s a simple thing: a soft top and a glass rear window, each moving to turn the new 911 Targa from a coupe into an open-top, and vice-versa.

In reality, though, it’s about as close to engineering poetry as Porsche gets. Sure, the all-electric drivetrain of the Taycan is undoubtedly more complex, and there’s definitely something to be said for the timeless purity of the boxer engine. All the same, the 911 Targa’s roof stands out as something special. 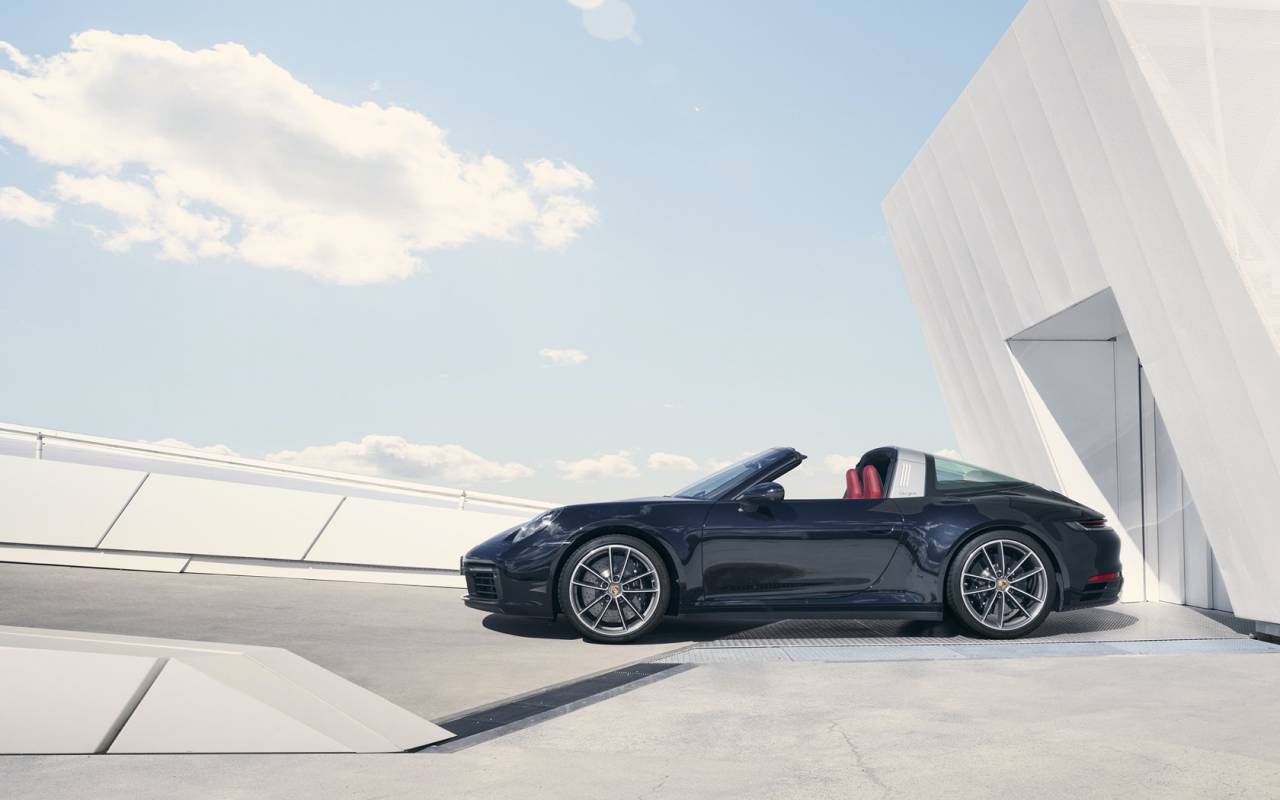 Push the button, and the 19 second dance begins. First, the entire rear glasshouse lifts up, and then slides back to hang over the rear of the 911. The soft top roof peels open, with two flaps in the Targa’s roll bar opening to release it.

As it pushes back, to nestle underneath where the rear glass sits, it folds into a Z-shape, before finally tucking behind the rear seats. A panel spanning the car integrates the soft top.

Finally, the flaps in the roll bar pivot back into place, and the rear glass slides back to its usual place. It all takes a little longer than for the regular 911 Cabriolet – that sheds its fabric top in around twelve seconds – but it looks a lot more impressive, too.

Porsche has clearly given the system a whole lot of thought, and while it might look complex there are some useful safety features built in. The 2021 911 Targa comes with Porsche’s Park Assist system as standard, for example. Usually that’s called upon for help when parking, but it’s also relied upon to keep an eye on whether there’s something behind the Targa when the rear glass is sliding back. 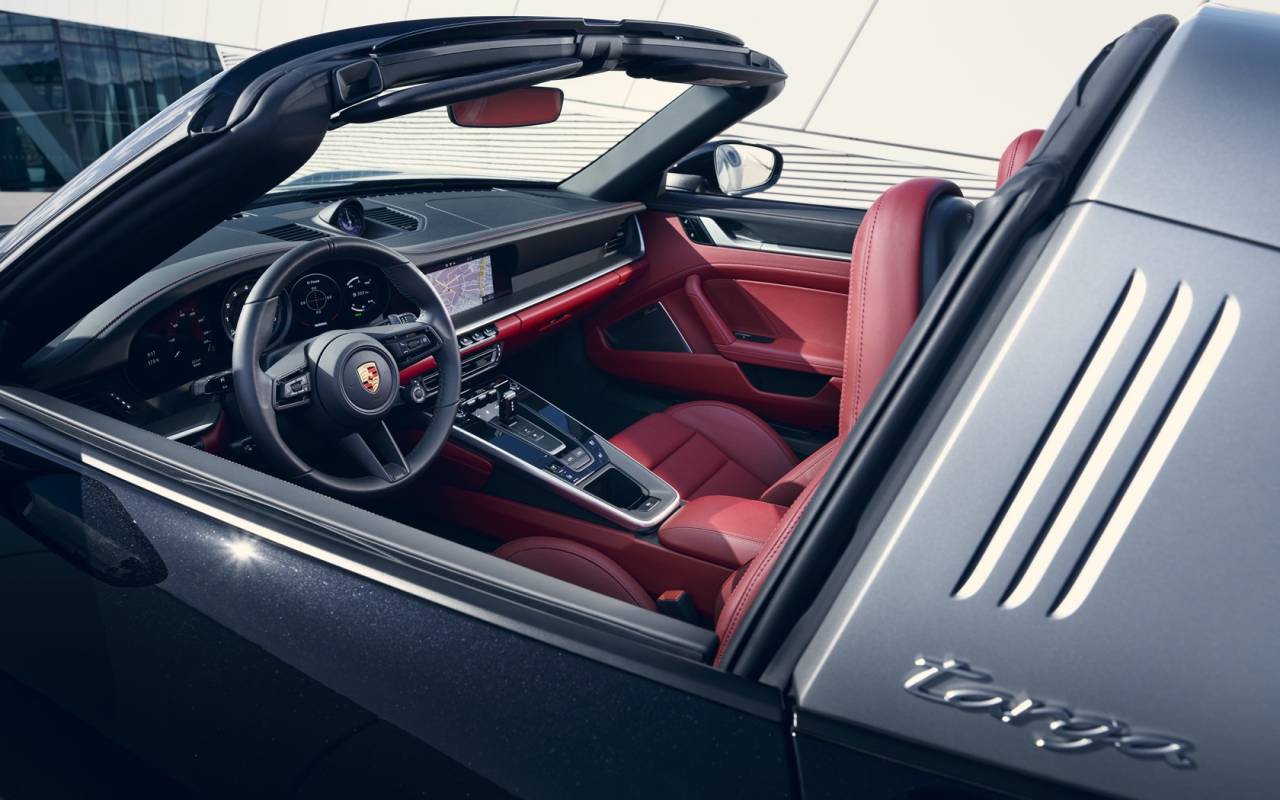 If there’s something within around 20-inches behind the car – whether that be another vehicle, a wall, or something else – the roof process stops. Inside, the reversing camera is brought up on the 911 Targa’s infotainment screen, to show that’s causing the issue, and a warning message flashes up on the instrument cluster.

When on the road, meanwhile, there’s also a wind deflector that can be fitted. That’s manually erected, into the cowl panel frame. Porsche says that it “significantly reduces” drafty gusts from getting into the cabin, particularly between 31 and 90 mph. 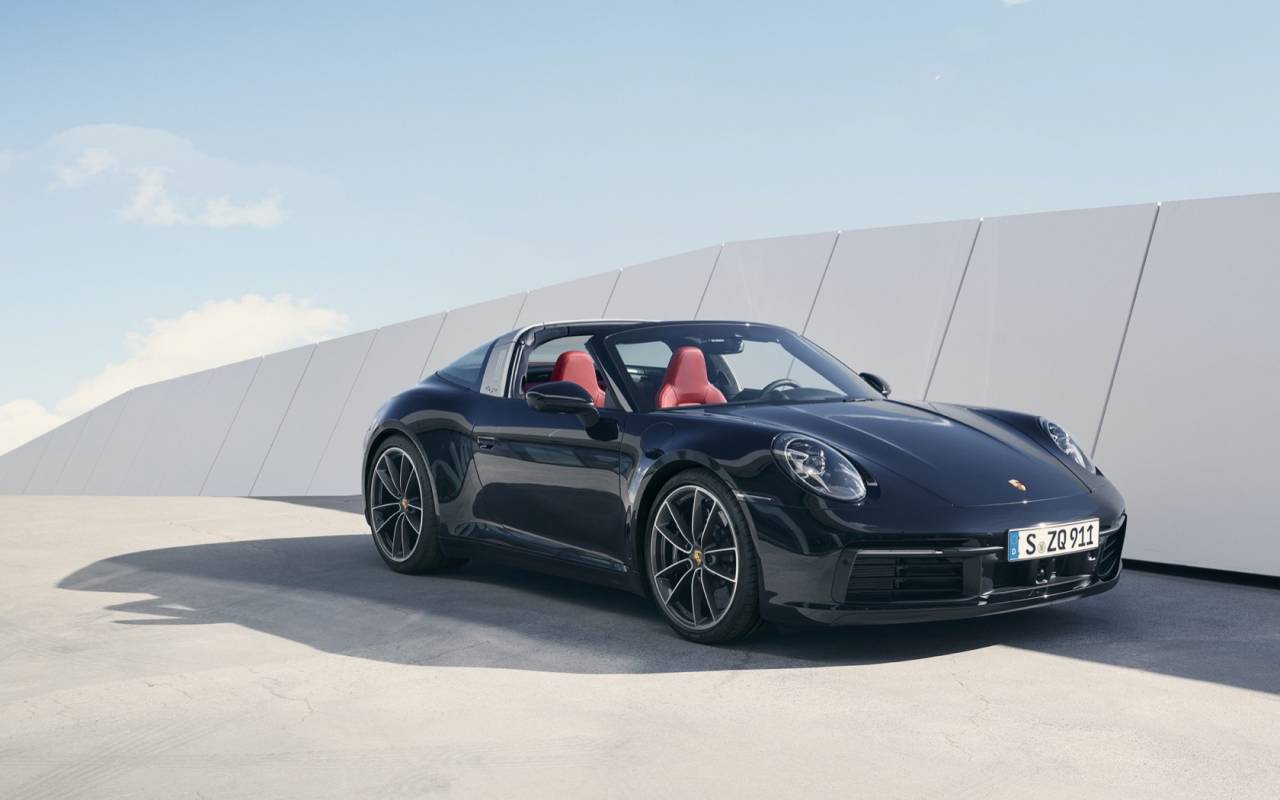 Even without a fully metal roof, the 2021 911 Targa should be almost as practical as its coupe cousin. The soft top is kept taught by two, integrated magnesium elements; they also help as noise and thermal insulation. The rear glass window, meanwhile, is laminated safety glass to make it simultaneously lightweight and tough; it’s also heated for practicality.