Porsche recently unleashed the 2021 911 Targa 4 and 4S, both of which are the newest members of the 992-generation 911 lineup. The first 911 Targa entered the fray in 1965 and is the perfect solution for 911 buyers who can’t decide between a coupe or convertible. Apparently, it’s the same deal in the 2021 911 Targa 4 and 4S, but Porsche added more goodies to make it the most desirable version of the eight-gen 911 sports car.

Let’s get straight to the details, shall we? The 911 Targa has an electronically-operated fabric roof that folds in 19 seconds. It also comes with the iconic Targa roof that spans the width of the car, complete with a ‘Targa’ nomenclature on each side of the bar – standard on all Targa models since 1965. 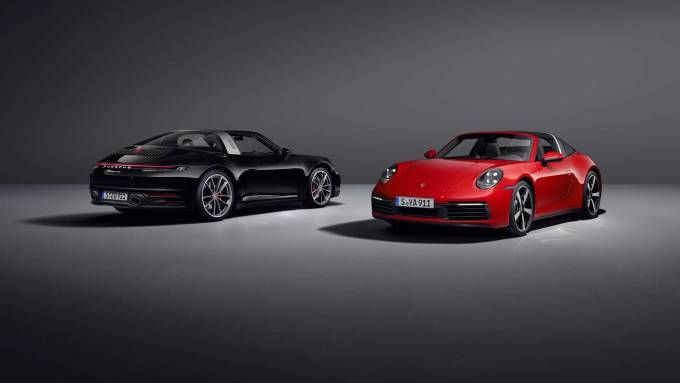 The Targa bar is finished in retro silver, but you can specify a blacked-out option if you don’t like bling. Nevertheless, the 911 Targa also benefits from a heated glass rear window, an extendable wind deflector, and additional sound insulation to keep it calm and tidy with either the roof up or down. 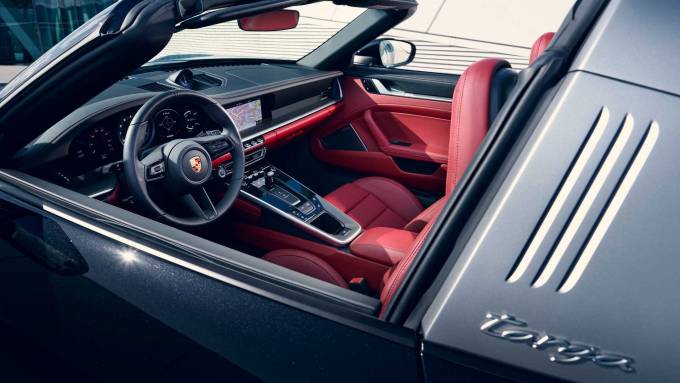 And even though the Targa roof was adopted from the previous-gen 911 Targa, the exterior styling is all based on the existing 911 platform. The aluminum-intensive body panels are complemented by an updated front and rear fascia. Also standard are LED headlights, a rear lightbar, and a variable-extending rear spoiler to improve aerodynamics. 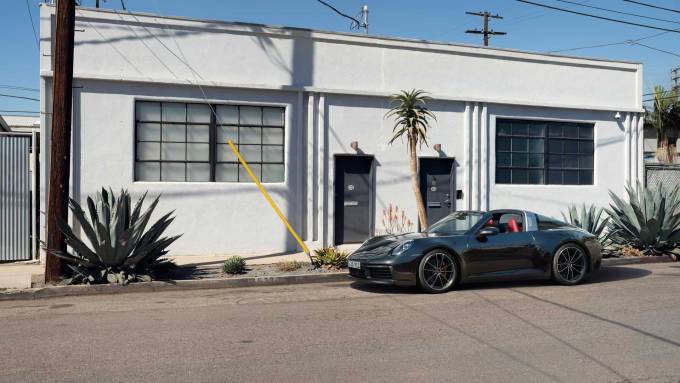 No matter which you choose, the engine is bolted to a standard PDK eight-speed dual-clutch automatic turning all four wheels courtesy of Porsche’s intelligent all-wheel-drive with Porsche Traction Management (PTM) as standard. However, the 911 Targa 4S can be optioned with a slick seven-speed manual gearbox at no charge. And if you do, Porsche will throw in the Sport Chrono Package and a mechanical limited-slip differential as standard. 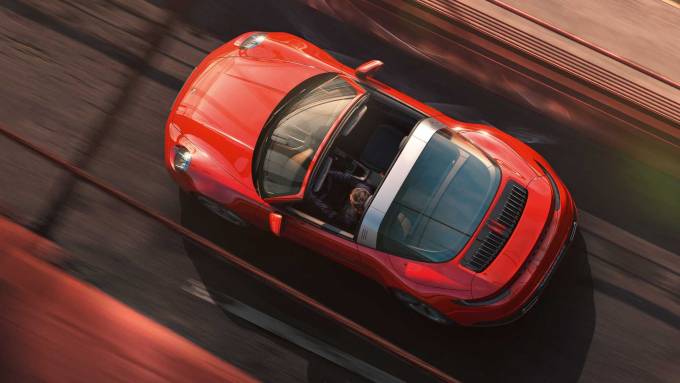 With more power than the outgoing 911 Targa, the new Targa 4 accelerates to 60 mph in 4.0-seconds while the Targa 4S with the Sport Chrono Package takes only 3.4-seconds. Other standard goodies include Porsche Active Suspension Management (PASM) with variable damping, two driving modes (Normal and Sport) with a new Wet Mode, and torque vectoring with fully-variable torque distribution. The Targa 4 receives 19-inch front and 20-inch rear wheels and four-piston fixed caliper brakes. On the other hand, the Targa 4S has 20-inch front and 21-inch rear wheels with six-piston brakes. 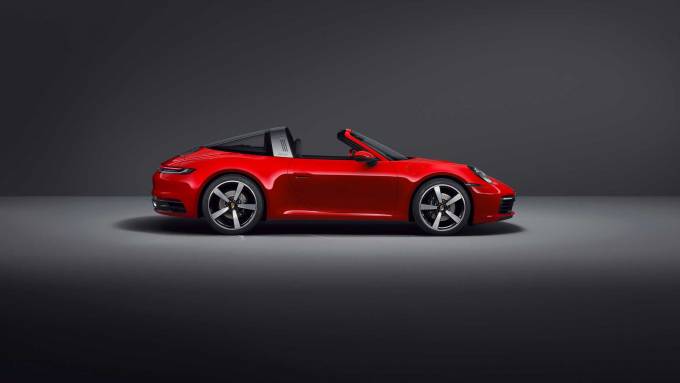