Tesla doesn’t make a convertible Model 3, but that doesn’t mean you can’t enjoy the wind in your hair in Elon Musk’s smallest car – as long as you have the budget for it. The Model 3 has already come in for some interesting mods, not least a pickup version, but now one customs company has sliced the top off completely.

It’s the handiwork of Newport Convertible Engineering, a company which has made a business out of turning normal cars into cabriolets. Back in 2014, in fact, the mod-shop revealed its Tesla Model S convertible, turning the automaker’s premium electric sedan into an open-topped model. 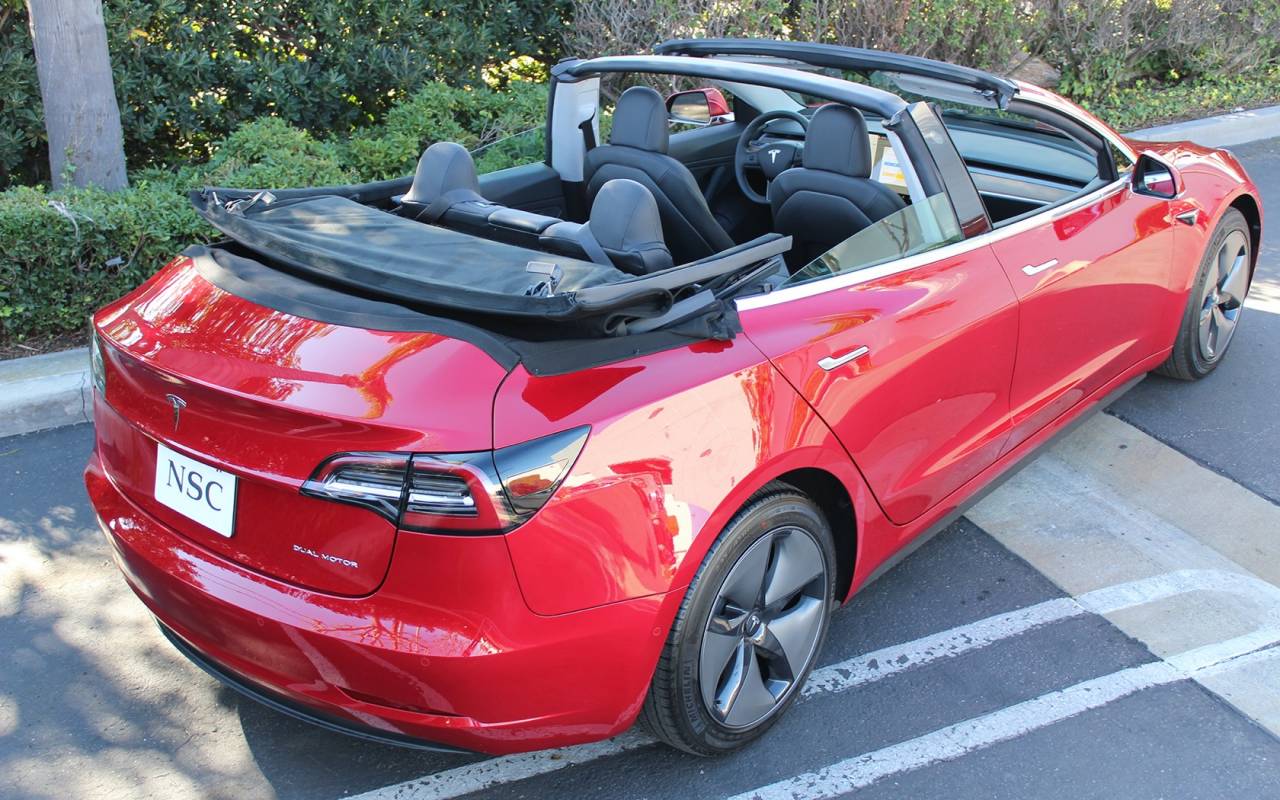 Now, it’s the smaller and more attainable Model 3 that’s in line for the circular saw. Gone is the roof and the rear glass; in their place is a fabric soft-top, which folds down onto the rear deck. That way you get to listen to the sounds of nature as you whip through it, without a gas engine to get in the way.

There are some style considerations to bear in mind. Most noticeable is the fact that the B-pillar is still in place, right between the front and rear doors. That’s partly because it allows a brace over the top of the Model 3 convertible, which is presumably needed to maintain stiffness: sedans aren’t designed to just have the roof chopped off, and can end up twisting disconcertingly if they don’t have sufficient reinforcement.

The other issue is that the B-pillars are where Tesla embeds some of its cameras for Autopilot. Get rid of them, and you’d lose the all-important driver assistance technology, which is part of the charm of the Model 3. 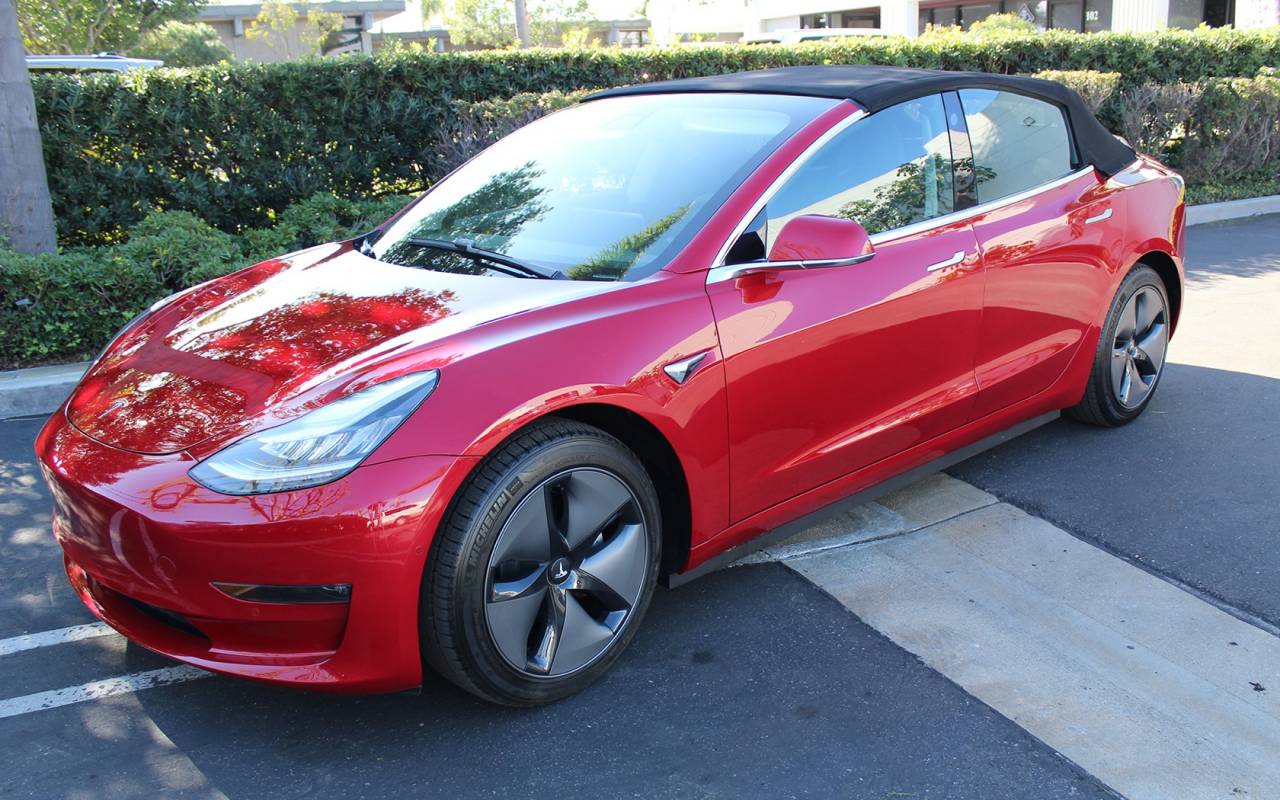 Then there’s the cost. Newport Convertible Engineering says that it’ll cost around $30,000 to make the conversion, and that’s not including the Model 3 itself. Your money only gets you a manual top, too. If you’d like a powered hood, that’s almost $40,000 on top of the cost of the EV.

Is it worth it? Certainly, you’re not likely to see many other Model 3 convertibles on the road. The company says it’ll take 2-3 months to do the swap, which includes body reinforcement and new trim to work around the cuts.

For most, it’ll all be more trouble than it’s worth. Still, there’s undoubtedly a market for electric convertibles, though so far we’ve not really seen many attempts at the category. Tesla’s upcoming Roadster – the release date of which remains somewhat nebulous at this point – will have a removable roof panel, and the original Tesla Roadster was a convertible too. Neither could be described as affordable, however.