TCL has priced up its 10 Series smartphones, with US release details for the unexpectedly compelling – and affordable – handsets. While the company has already wowed us with its foldable prototypes – including a tri-fold tablet and a rolling smartphone – the reality is that it’s more mainstream devices which will be its biggest contribution to 2020.

Back in March, TCL pulled three prototypes out of its labs to show off what you can do when you build the foldable displays yourself. From a clamshell mini-tablet, through to a side-extending smartphone and a 10-inch tablet that shoji-screen collapses down into a thinner slab, the concepts are just a fraction of the ideas TCL has apparently been kicking around in R&D.

We shouldn’t expect to see them arrive commercially any time soon, however, with TCL saying it wants to get its first production foldables right, not just be first to market. What we will see, though, is the TCL 10 Series. Unveiled at CES 2020 just a few months ago, that line of smartphones made some big promises. 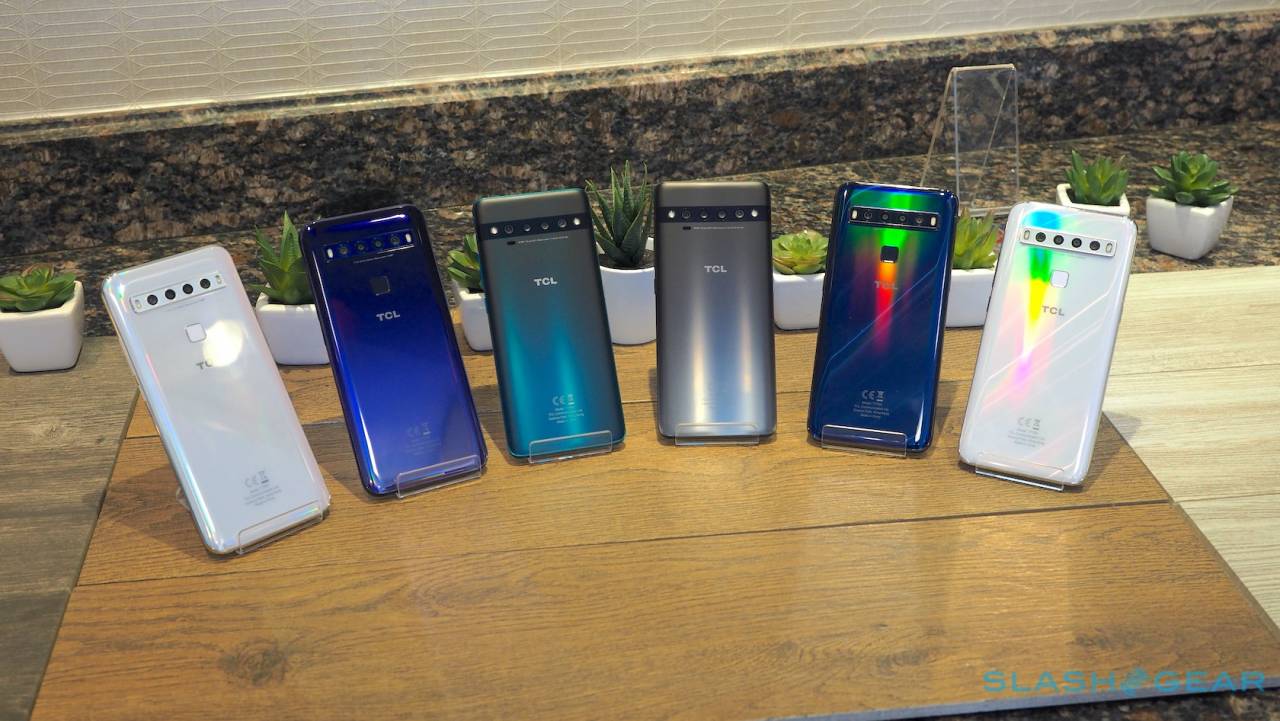 TCL’s pitch has long been affordability, and the 10 Series will be no different. At CES it trumpeted sub-$500 pricing for the range – including for TCL’s first 5G smartphone – and now we’re getting the full details.

TCL’s affordable flagship, the 10 Pro features the first edge AMOLED screen from the company. It’s strong out the gate, though, with upscaling of SD to HDR video, as well as HDR10 certification. On the back it gets a 64-megapixel main camera, a 123-degree wide-angle, and a macro camera. There’s also a 24-megapixel front camera. 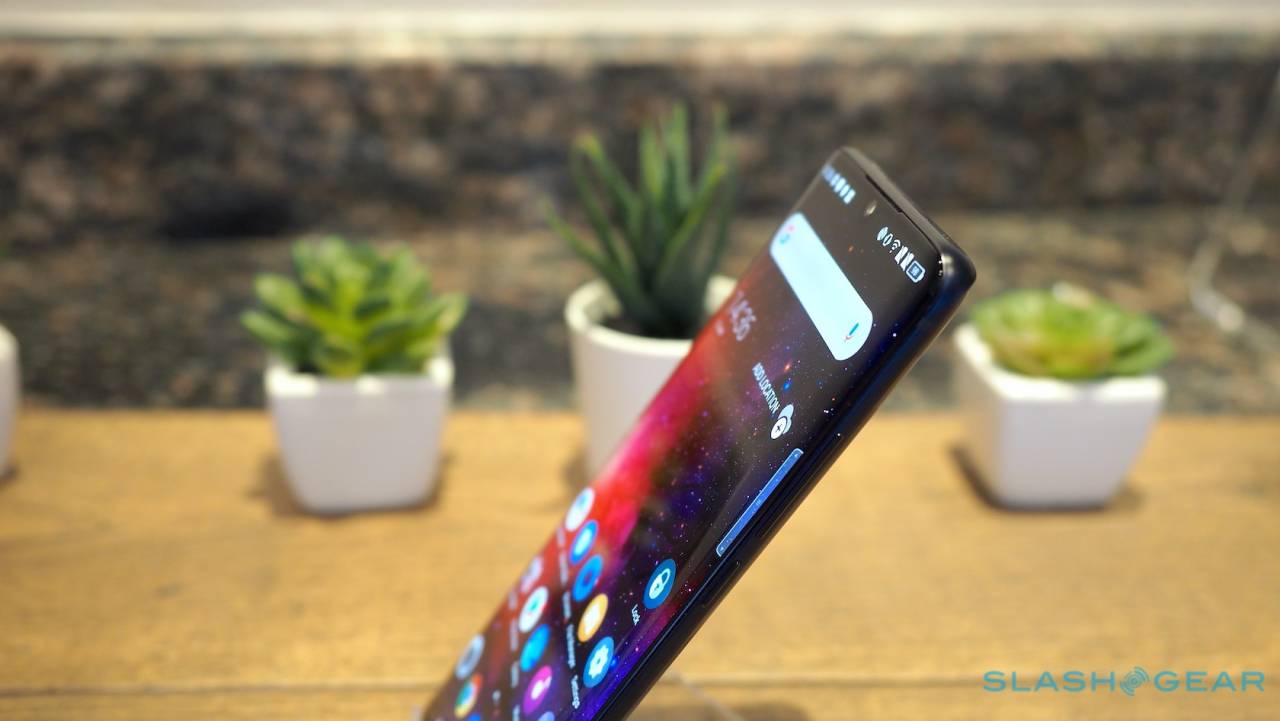 Under the 6.47-inch FHD+ AMOLED is a fingerprint sensor, meanwhile. The most striking part is the price, though. When it launches in North America in Q2 2020, in Ember Gray and Forest Mist Green, it’ll be priced at $449.

Described by TCL as “the people’s 5G phone,” the 10 5G may not have an exciting name but it does pack in the technology. It’s powered by Qualcomm’s Snapdragon 765, which will support both sub-6 and mmWave 5G, carrier-depending. 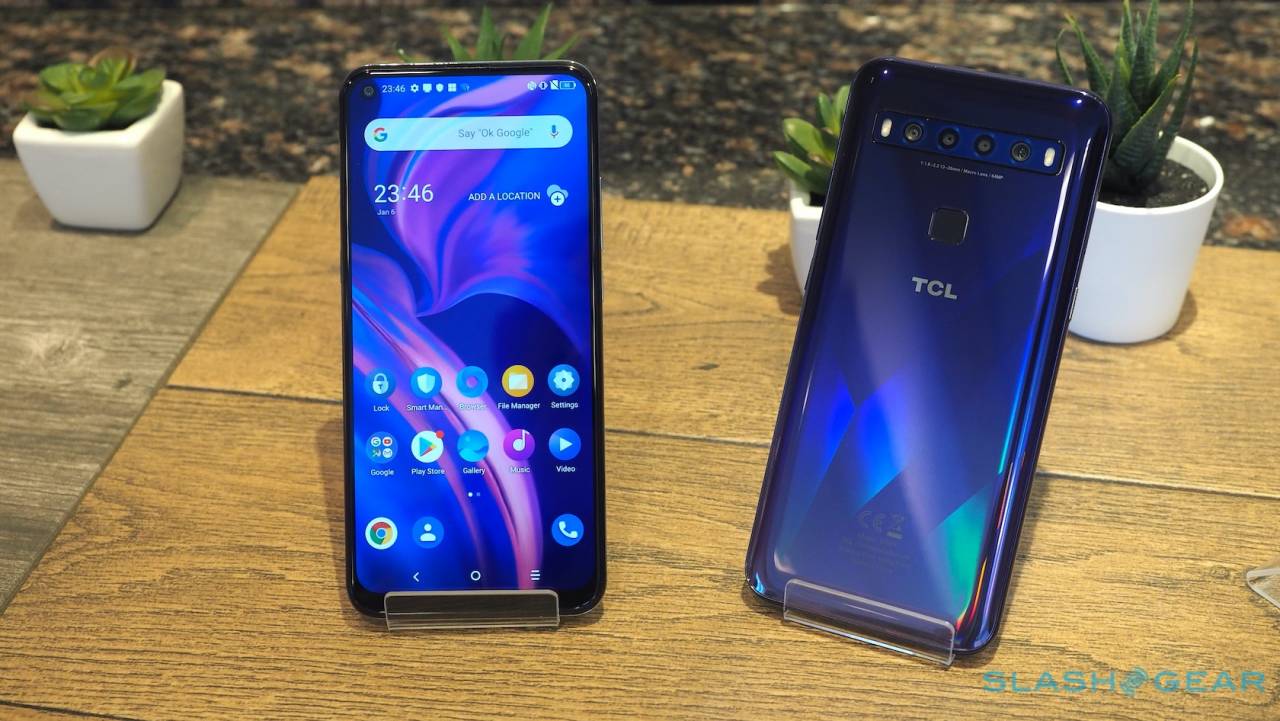 On the back there’s a quad camera setup, with a 64-megapixel main camera, a 118-degree ultra-wide, a macro camera, and a depth camera. On the front, there’s a 16-megapixel camera.

In Europe, the TCL 10 5G will be priced at just 399 euros when it goes on sale in Q2. In the US, TCL says, it will launch with a major US carrier sometime this year, at under $500. When pressed, TCL told us that it expects it to actually be more affordable than the $449 10 Pro, the company having intentionally made the midrange phone the 5G version – rather than the Pro – so as to hammer home that competitive pricing. 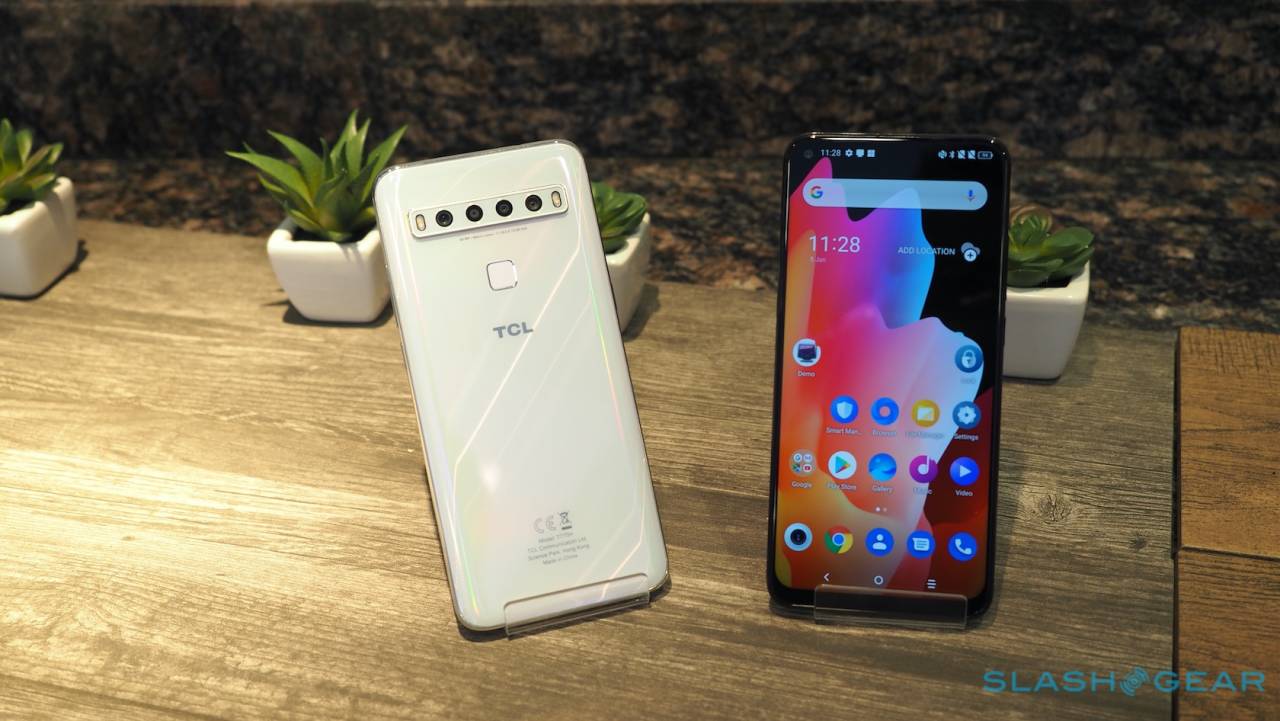 Most affordable of the three, the TCL 10L will use the Snapdragon 665 processor and 6GB of memory, with a 6.53-inch FHD+ screen. It has four rear cameras too, plus a 16-megapixel front camera.