This week Target will be evolving their mobile selection in several places, most notably in the tablet department, where Android tablets will be much closer to the smartphone selection than the iPad 2. For those of you that follow my analytics of the Target department store chain (whose home is right here in sunny Minnesota), you know that I’ve had more than one conniption fit over both the placement of Android tablets and the arrangement of their entire mobile section in general. Just this morning while picking up some random oddities, I noticed that big red may well have heard my siren call: the Android tablets are now less than 10 feet away from the smartphones.

Well wait, you might be saying, isn’t that where they should be? Yes it is! Up until now, as you’ll see in this post from several months ago, the tablet selection for Android was both irritably badly set up AND was 2 whole aisles away (at least) from the rest of the mobile section of Target. What’s happening now, it seems, is that both the Motorola XOOM and the Acer Iconia Tab A500, the two tablets that represent the rest, have been bumped up a few steps to sit where they belong. 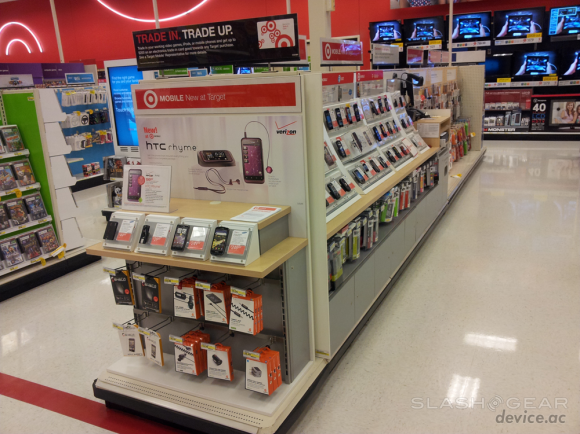 What’s still happening here with these two Android NVIDIA Tegra 2 dual-core processor-toting tablet computers is that they’ve got protective plastic shields over their faces so that they can’t be tampered with. What this is doing, of course, is disallowing customers from actually experiencing the tablets, thusly turning them completely off from desiring to move forward with a purchase. That said, the Apple iPad 2 is also under a plastic case, but set up with a much nicer presentation undoubtedly designed by Apple themselves.

Have a look at the How Target’s Mobile Ecosystem works and how it could improve post I put up a few weeks ago – it’s still very much in effect, and since I’ve written said article, only a couple changes have been made – one being the tablet re-arrangement, the other being the addition of working (yet under plastic, again), iPhone 4 units amongst the rest of the devices. Which one looks most desirable to you? 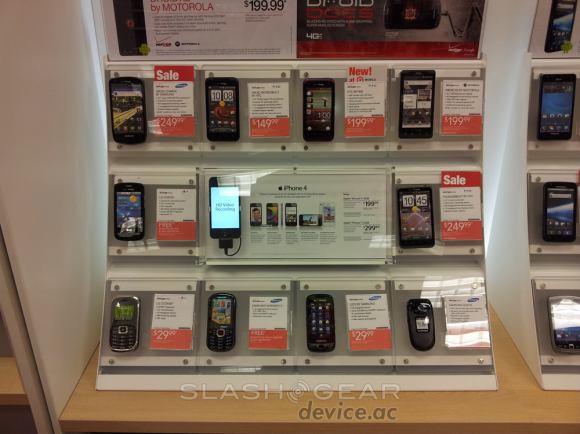