Microsoft’s Surface Go 2 is an opportunity for a do-over, taking what people loved about the original compact Windows 10 tablet and polishing off some of the rougher edges. Announced today alongside the Surface Book 3, it keeps its $399.99 starting price and the design, but Microsoft has been picking off the top items on its to-do list.

The most noticeable change is the larger display. It’s now 10.5-inches, and the resolution has nudged up too, to 1920 x 1280. We’re not talking a vast increase over the first-generation – just half an inch, in fact, and more pixels – but it’s a welcome one. The PixelSense panel itself is easy on the eyes, and gets nice and bright. 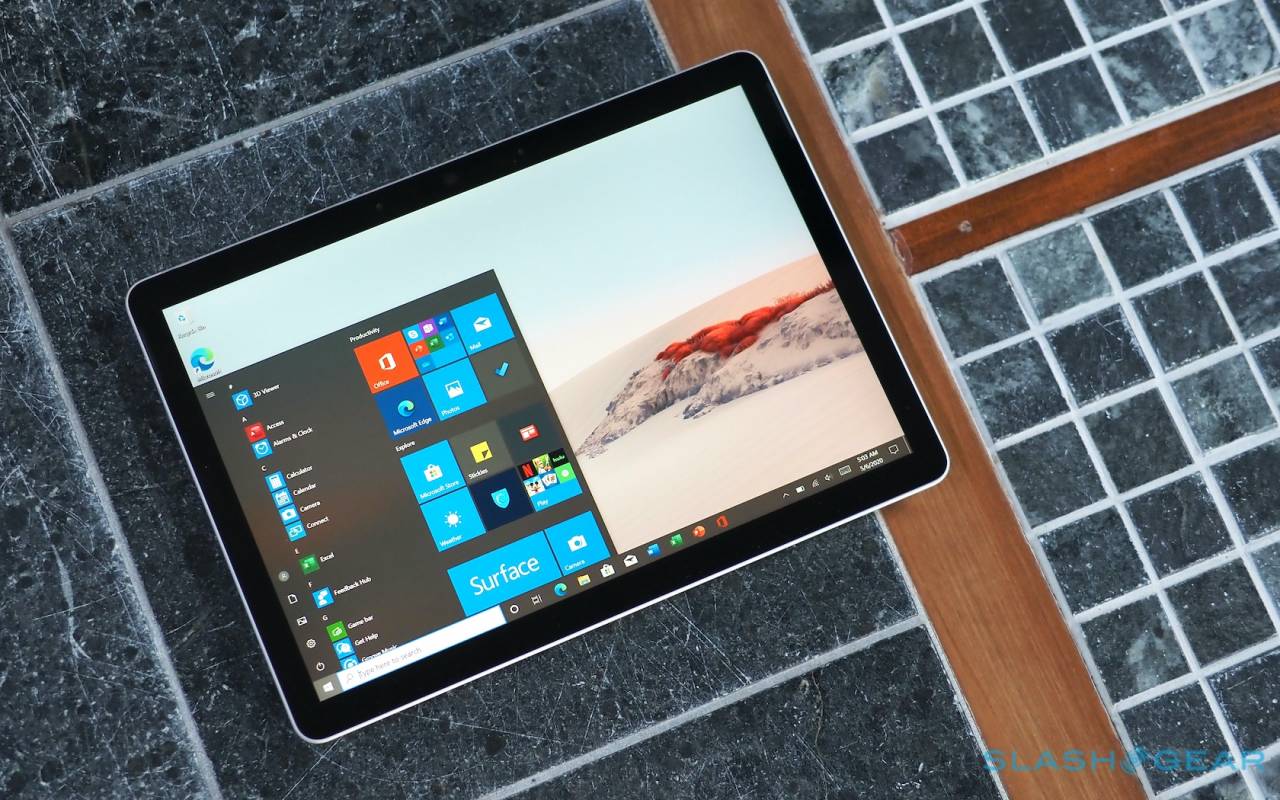 Trying to upgrade a mainstream tablet while also keeping pricing competitive is a tough challenge. The Surface Go 2 leaks we’ve seen had already demonstrated that there are people ready to be frustrated by the remaining bezels. Even with the screen getting larger, there are still fairly chunky borders around it and the magnesium metal frame.

That frame, though, feels great: nicely weighted and generally sturdy, though the kick-stand does flex a little as you pull at it. Its ability to hold the tablet up across a smooth 165-degree range is still a great feature, however. Combined with the Type Cover, the overall depth of the Surface Go 2 is just long enough to fit on my lap without spilling over my knees. 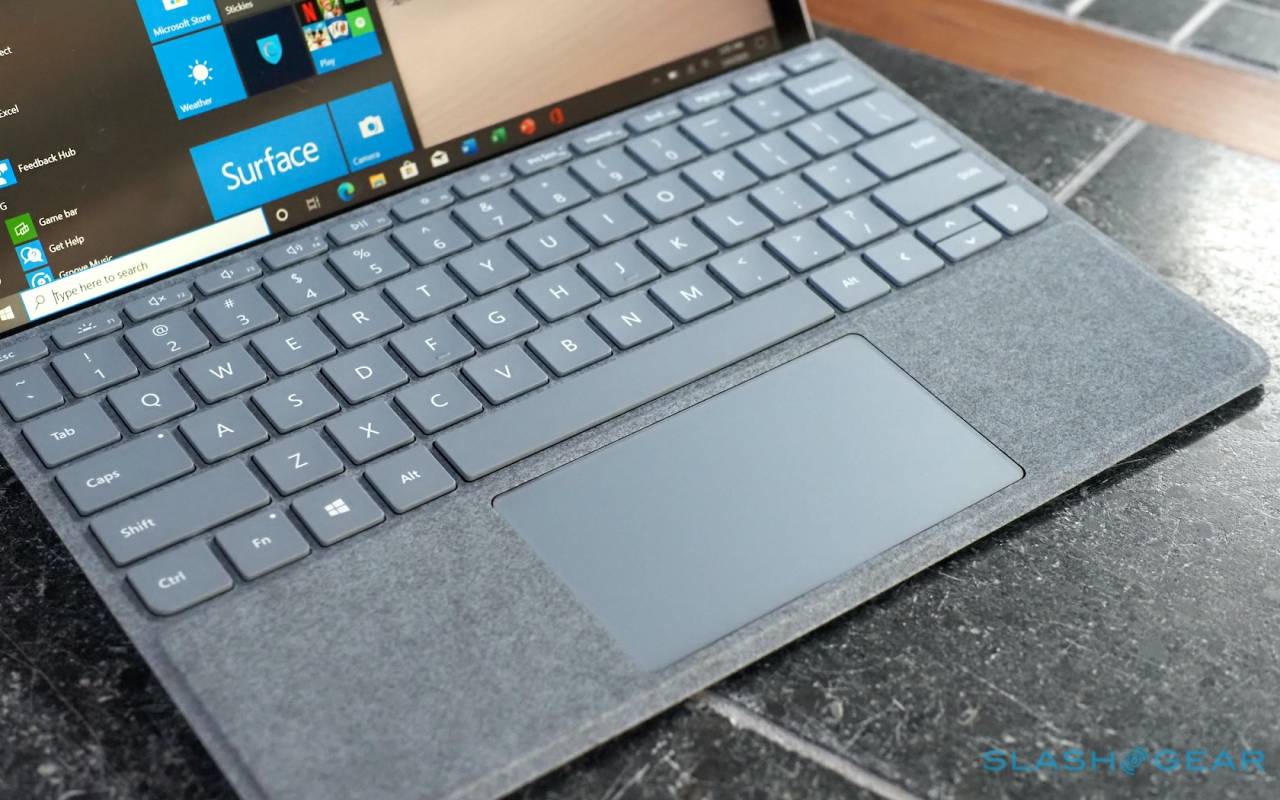 It’s not the only feature I’m enjoying. Windows Hello facial recognition is quick to train and quick to unlock the tablet; it does only work in landscape orientation, though, unlike Face ID on the iPad Pro. Like Apple’s tablet there’s a single USB-C port on the side of the Surface Go 2, but Microsoft gives you a headphone jack, too. There’s also the Surface Connect port, which I suspect is of less interest for peripherals for Go 2 buyers than for, say, Surface Book 3 owners.

My biggest concern as someone who pumps out text for a living is always the keyboard, particularly as these 10-11 inch tablets typically have to rely on a shrunken ‘board. Sure enough, the Surface Go 2’s Type Cover is noticeably smaller compared to a regular notebook. The function key row remains a line of buttons not much bigger than Tictacs, though Microsoft does get credit for including it at all, given its absence on the iPad Pro’s Magic Keyboard. 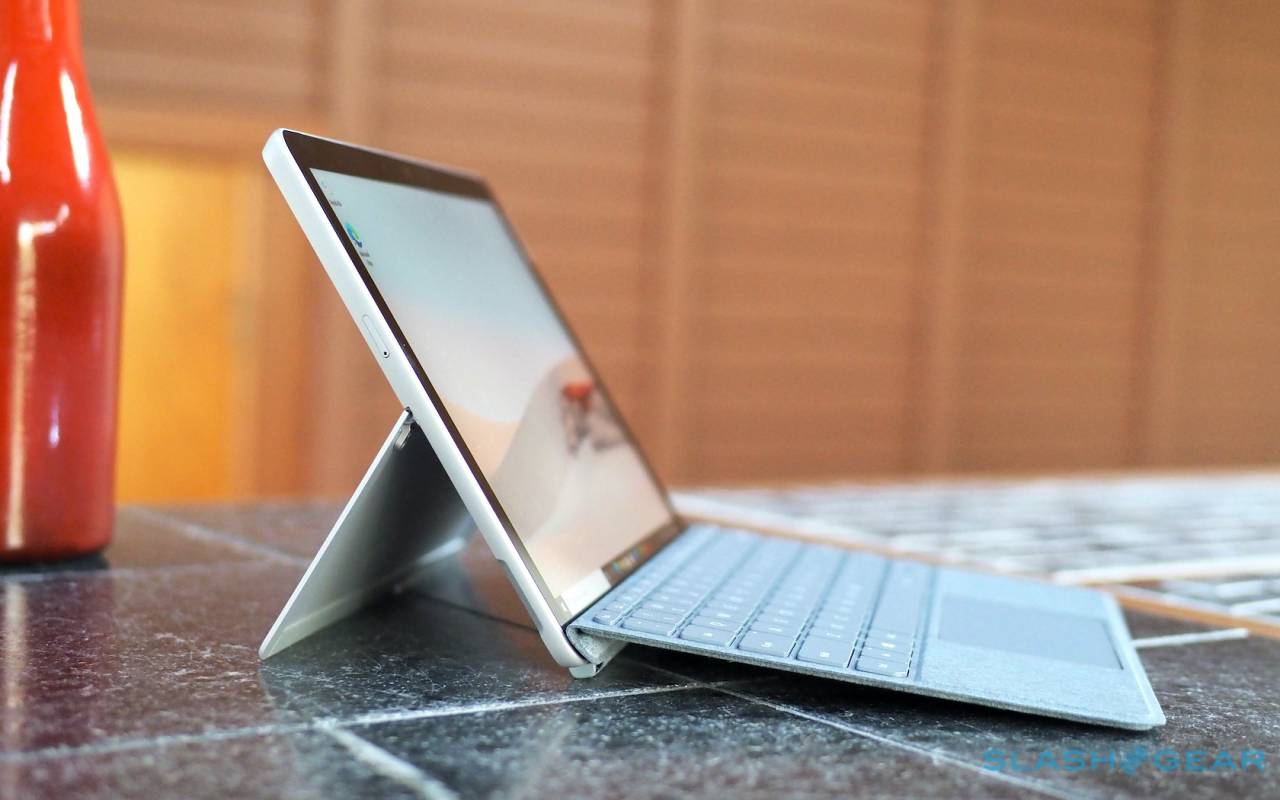 I’m still getting used to the scale, to be honest, and making more mistakes than I would normally. The keys themselves aren’t wobbly, which is good, but they are fairly clicky, with a faintly hollow, plasticky sound to them. Of course you could also just plug in a USB-C keyboard, or pair up a Bluetooth 5.0 one instead.

As for performance, just like with the screen size there are compromises. Fanless and using Intel’s most frugal CPUs, there’s no confusing the Surface Go 2 for a gaming tablet. 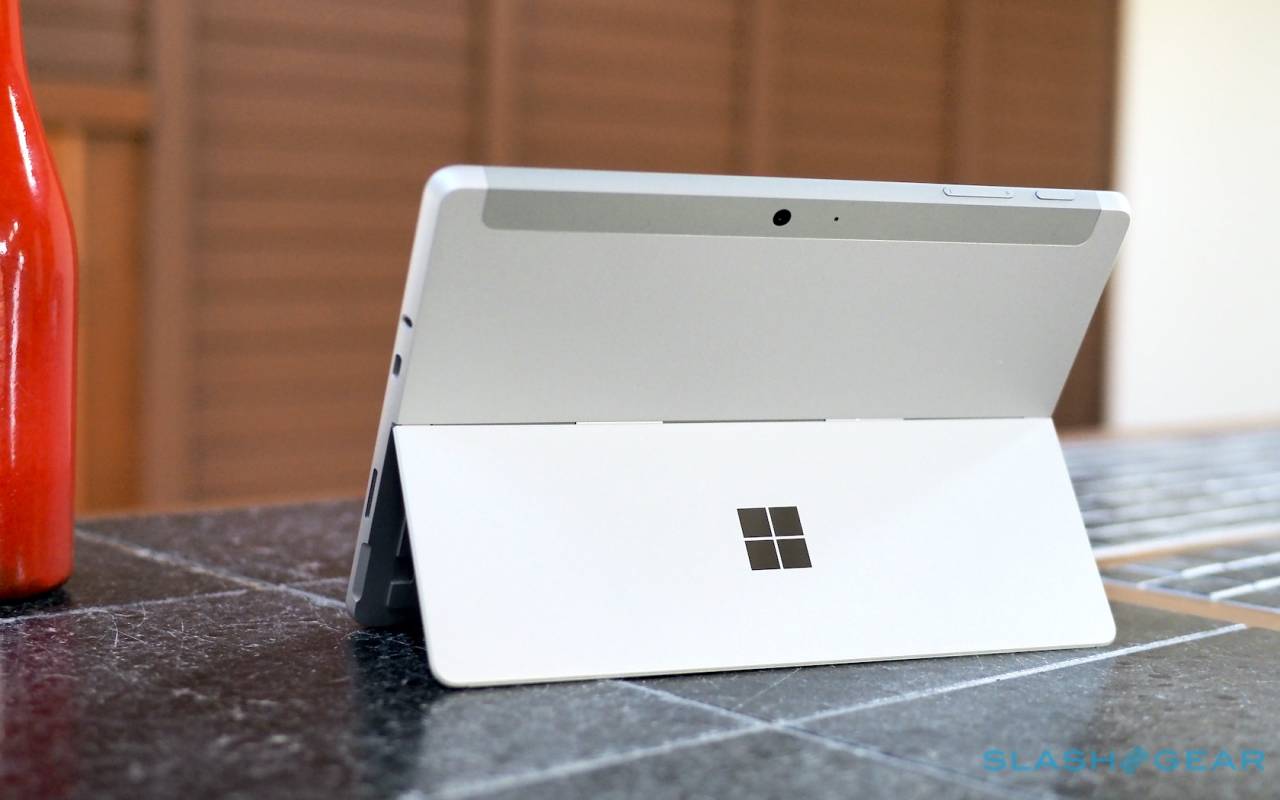 Of course, the reality is that the most affordable Surface Go 2 is going to give the most lackluster user-experience. The $399.99 model is for education, in fact; the cheapest consumer version is $449.99. That still gets you the Pentium Gold CPU, however; if you want a Core m3 processor, that’ll start from $499.99.

LTE Advanced, meanwhile, doesn’t arrive until you’re spending $779.99. Your money gets you the Core m3-8110Y processor (1.1GHz), 8GB of RAM rather than the 4GB in the cheaper versions, and 128GB of storage instead of 64GB. It’s worth noting that it’s this model which Microsoft has supplied for review, and that the Type Cover is still sold separately at $99 each. 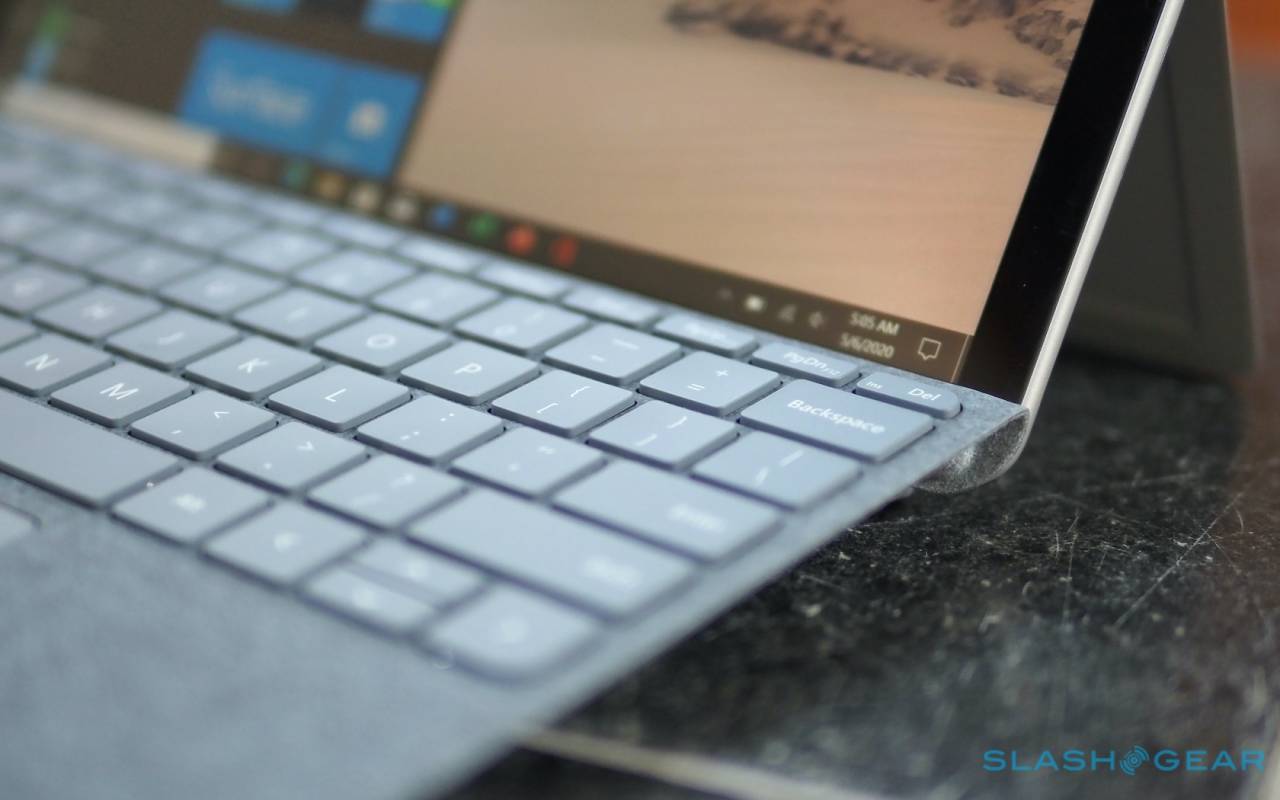 Microsoft says you could see 64-percent more performance versus the old model. While I’m still early in my testing, some of the more common complaints about the original Surface Go – like that it could get bogged down trying to load media-heavy websites – seem to have been addressed by the CPU bump. Still, to highlight it again, this is the top-spec model when it comes to processor and memory; we’ll have to see how the Pentium Gold versions hold up. 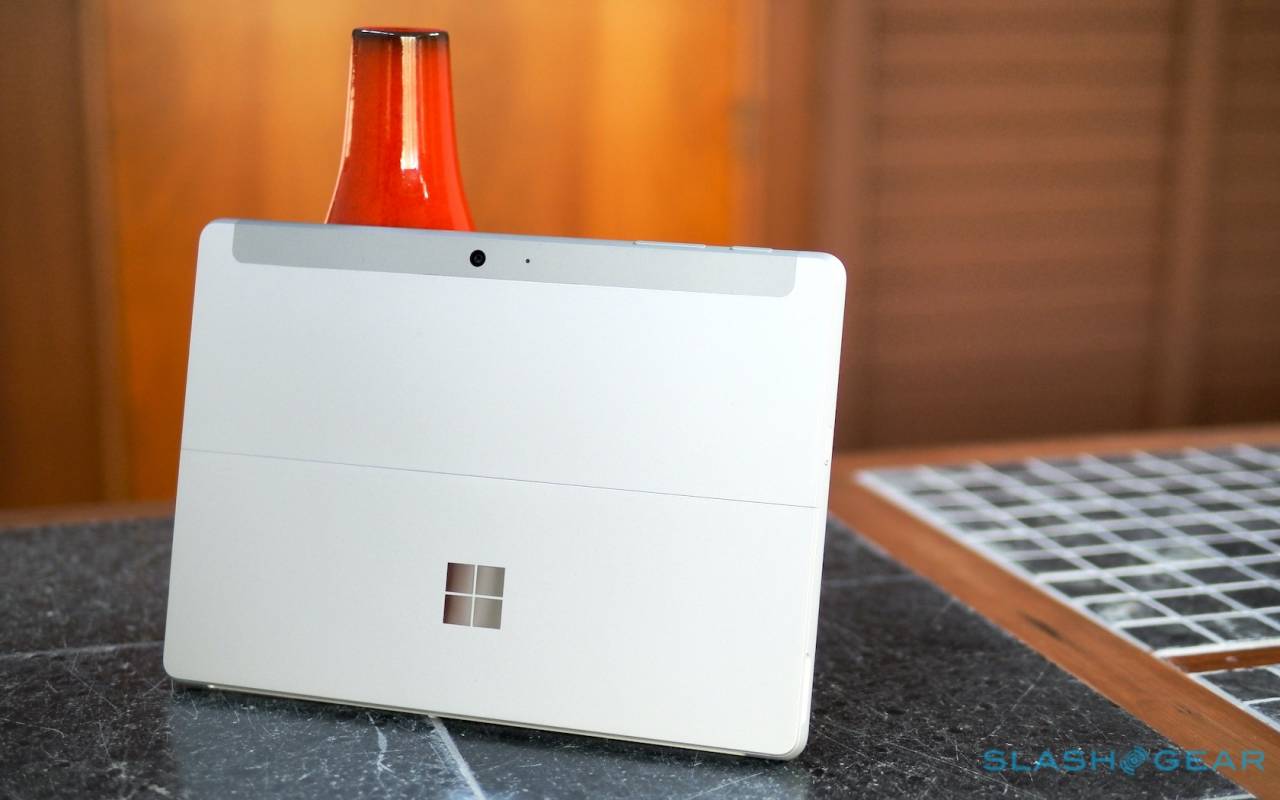 For the moment, it seems like Microsoft has struck a solid balance in its Surface Go 2 upgrade. Sure, a beefier processor would’ve been lovely, and a bigger screen, but then that would’ve forced a big price increase – or demanded a downgrade in things like the premium-feeling metal chassis. As compromises go, this already feels like a wise one; we’ll have a full review of the new Surface Go 2 soon.