E-bike fans have another new option to consider, with Superstrata promising a 3D-printed unibody carbon fiber bike that can be custom sized to each rider. The Superstrata Ion uses a single pass of continuous carbon fiber thermoplastic composite, leaving the whole frame a single piece rather than multiple sections glued or otherwise connected together.

The upshot there, Superstrata says, is higher strength and lower weight. The frame is around 2.8 pounds, though that rises to just around 24 pounds with the rest of the components and parts in place.

Arguably more exciting for bicyclists is the potential for sizing the Ion to their own body shape. Since each bike is 3D printed, it can be tailored and tweaked according to the rider. That means taking into account different heights, weights, and arm and leg lengths. It’ll also be possible to customize for preferred riding position and stiffness levels. 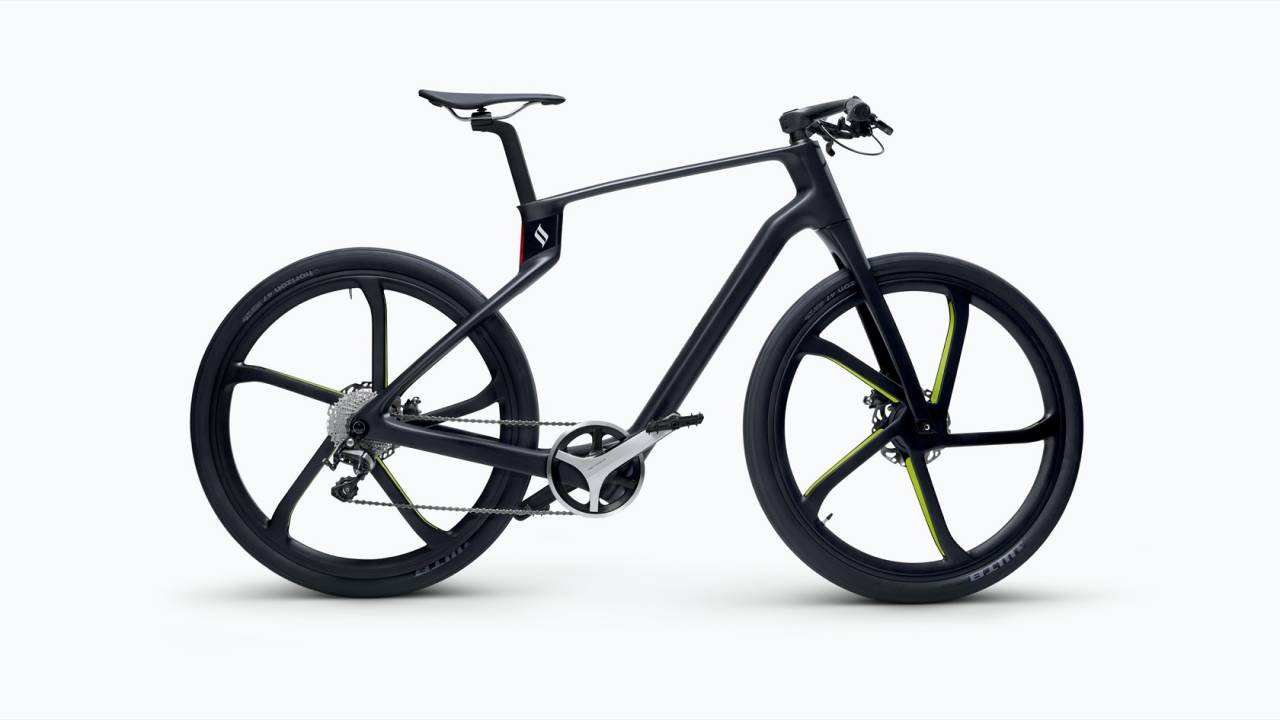 Over 500,000 possible combinations will be available, Superstrata suggests. There’ll also be a choice of bike styles – racing, street, gravel, or touring – plus light or dark color ways. Finally, the standard metal wheels can be switched out for carbon fiber, which will be lighter. 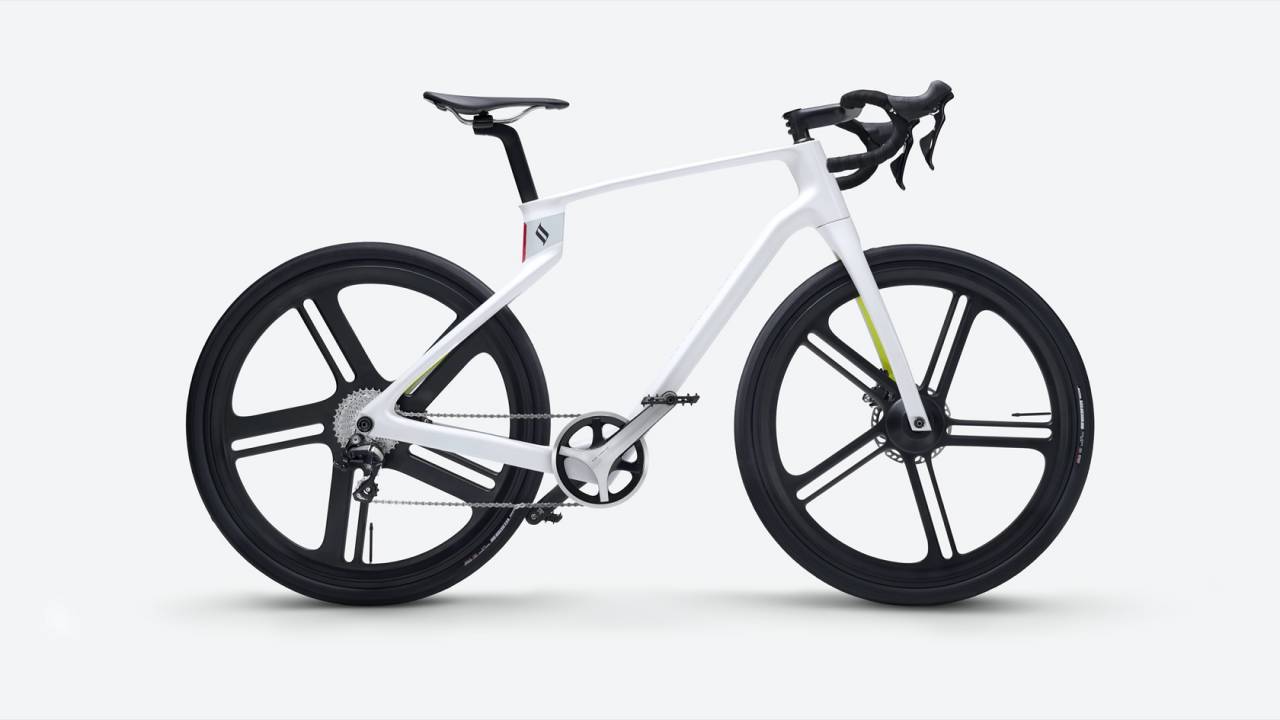 As for the electrification, Superstrata is using a 252 Wh lithium-ion battery, paired with a 250 watt motor (with 350 watt peak output) built into the rear hub. It provides pedal assistance for a top speed of 20 mph – potentially electronically limited depending on market – with maximum range of up to 60 miles. The battery will recharge in around two hours, the company suggests. 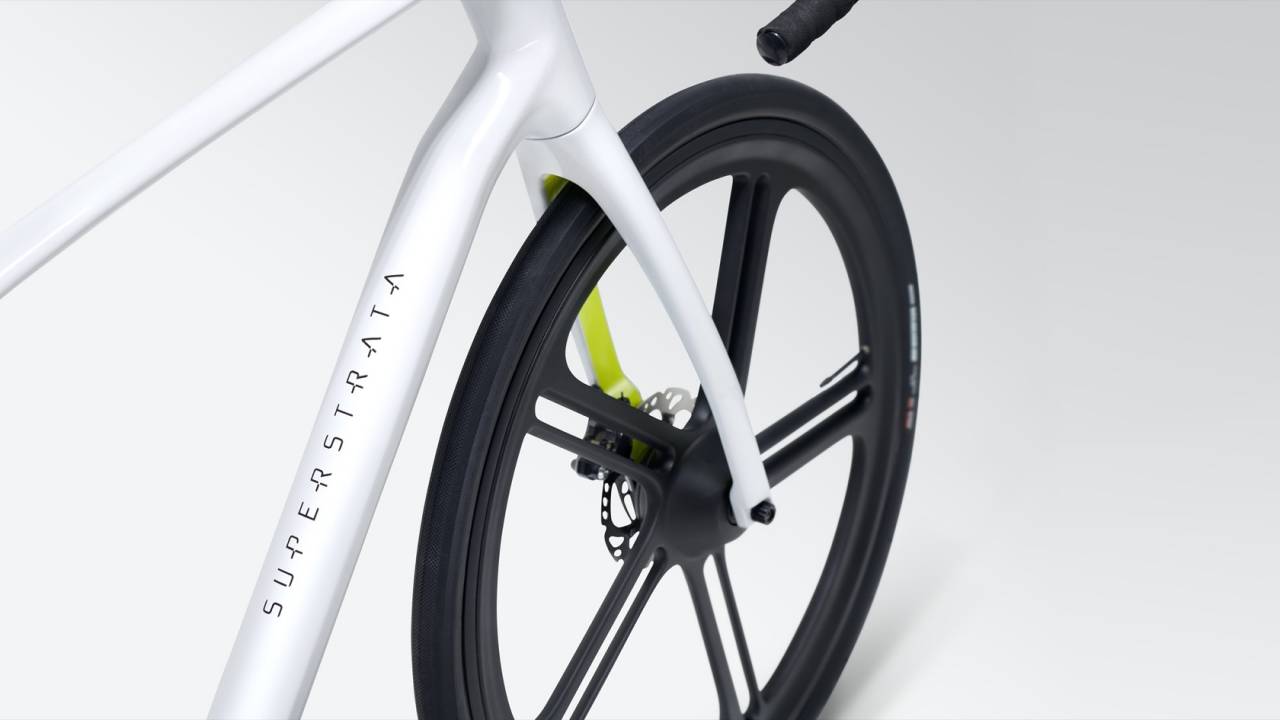 For those that don’t need the electric assistance, meanwhile, there’ll be the Superstrata Terra. That has the same general design as the Ion, and benefits from the same custom sizing of the 3D-printed frame. However it does without the e-bike power.

You do still get integrated data and power wiring through the frame, however, and the same integrated lighting. Alternatively, Superstrata will offer its carbon fiber 3D printed wheels for those who want to put them on their own bikes. 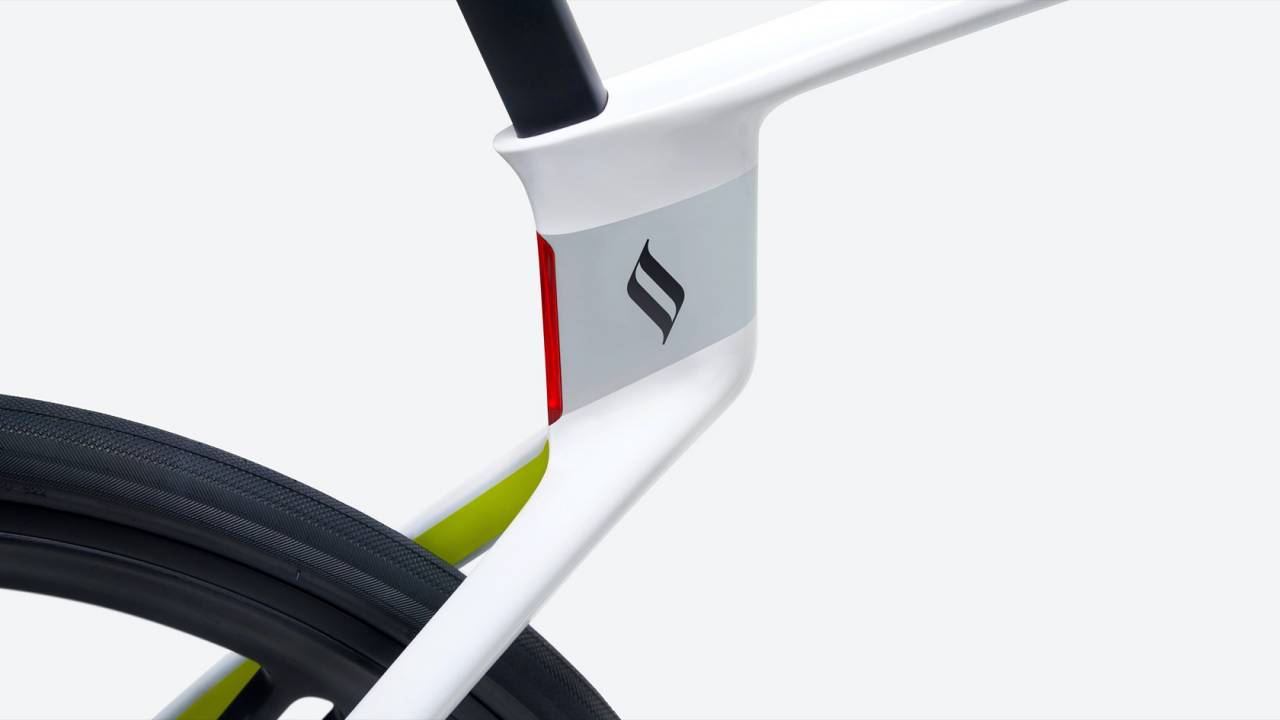 It’s been an interesting few months for e-bike enthusiasts, with a number of alternative takes on the category threatening to shake up power-assisted riding. Last week, Yamaha revealed its new Class 3 e-bike, capable of up to 28 mph, while in May it was Gogoro’s turn to offer a sleek electric ride. Industry favorite vanMoof played at the affordable end of the scale with its two new models in May.

Superstrata has some competition, then, and it’s using Indiegogo for its initial orders. The Superstrata Ion e-bike is priced from $3,999, though early-bird deals bring that down to $1,799 for the first 500 buyers. It’ll ship from December 2020, it’s claimed. Carbon fiber wheels will be $699 for early-bird buyers, or $1,699 normally. Finally, the Terra regular bike will be $2,799 normally, or $1,299 for early-birds.