Three 3rd-party modified MacBook Pro units were put up for sale this week in limited iterations including a customized top lid with Steve Jobs‘s own visage reflecting deeply in the Apple logo. The proceeds from each of these notebooks, each of them created by the Apple customizers at Uncover, will be sold for 9500,00 Euro, aka right around 12 thousand bucks here in the USA. This set of three units will be sold with all proceeds going to a couple of charities you’re just going to love.

The design of the Apple, for those of you that don’t remember all the way back to last year, comes from designer Jonathan Mak – or at least is based upon that design per their press release. This set of three notebooks is all the same, each model coming with 2.7GHz configurations, 16GB memory, and a 750GB solid state drive inside. Each model is made with essentially the same components as the normal MacBook Pro with Retina display, but the Apple logo on the top cover is laser-cut to create the face of Jobs. 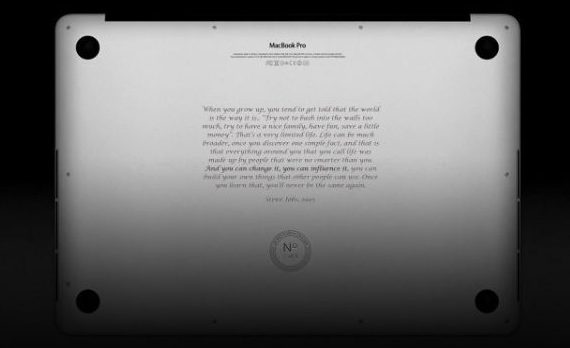 The proceeds will be split between the charity Get It Done and another group by the name of SellanApp where it’ll be working with developers working on iOS apps that specifically “don’t have a direct business model, but have a clear societal value.” The bottom of the notebook will also include the following inscription laser-cut into the metal:

“When you grow up you, tend to get told that the world is the way it is and your life is just to live your life inside the world, try not to bash into the walls too much, try to have a nice family, have fun, save a little money. That’s a very limited life. Life can be much broader, once you discover one simple fact, and that is that everything around you that you call life was made up by people that were no smarter than you. And you can change it, you can influence it, you can build your own things that other people can use. Once you learn that, you’ll never be the same again.” – Steve Jobs

This is just one of a vast collection of tributes that have been made to Jobs over the past year, with today’s one-year anniversary of his passing making the world once again remember his impact. Of course according to Apple, his influence doesn’t just stop at the idea that everything from his design knowledge to his leadership skills are still being studied today. His design influence in each of the major products in the field being released even today had Jobs hand in them well before they came to fruition. 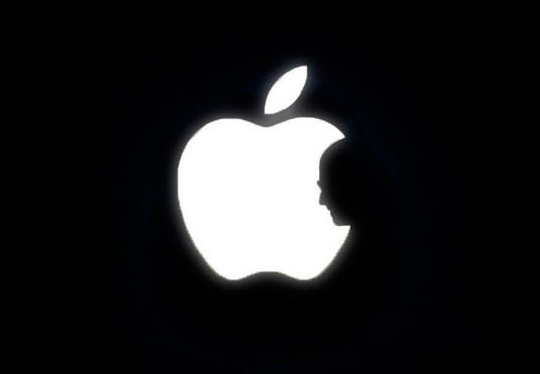 Have a peek at the small timeline below for more Steve Jobs tributes and memories from the past year, and let us know if you feel that a MacBook Pro with Retina Display is a fabulous way to remember the man’s visage. Also let us know if you plan on picking up one of these three 12 thousand dollar notebooks.