Star Wars: The Force Awakens – Who is Maz Kanata?

Right around 50 minutes into the 2-hour Star Wars: The Force Awakens film, we see a tiny character by the name of Maz Kanata. She’s a mostly-CGI character voiced and acted by Lupita Nyong’o, and she’s more than a little important to the overarching Anakin saga that flows through the Star Wars film universe. The following is a glimpse at what Maz has been up to for the past several hundred years, what she’s done with regard to Han Solo, and what she’s got in her secret curio box. Therefore, if you’ve not seen Star Wars: The Force Awakens, we recommend you proceed with caution!

If you’re still here and haven’t seen Star Wars: The Force Awakens yet, you agree that you’re not entirely worried about spoiling at least one tiny piece of your theater-going experience. What’s in the box is what’s important, and if you’re OK with skipping out on that secret – as you may have guessed what’s in there already anyway – go on!

Maz Kanata is a pirate. More specifically, she’s a “Pirate Legend”, according to one of our main sources of information, the canon-friendly “Star Wars: The Force Awakens: The Visual Dictionary”. Very much in the spirit of the also-legendary Yoda, Maz is both tiny and gigantic in a variety of ways.

She’s influenced some universe-changing events and people, and her place in the story arcs we’ve seen in the Star Wars film series is one of absolute essentiality.

While Maz is not a Jedi, she does have “an affinity for the Force.” According to TVD, she “never walked that path herself, instead relying on her strong connection to the Force to keep her out of danger.”

She’s done a fantastic job of it, too, having maintained the castle you see on Takodana for 1,000 years. Her true age is unknown.

The planet Takodana (where Maz’s castle can be found) is in the Western Reaches of the known galaxy – this means it’s quite far from Coruscant, and just about equidistant from Jakku, Endor, and Hoth/Bespin (which are basically in the same solar system). This system is far enough from the core to maintain questionable legality, but not quite out to the Outer Rim, where anything goes. 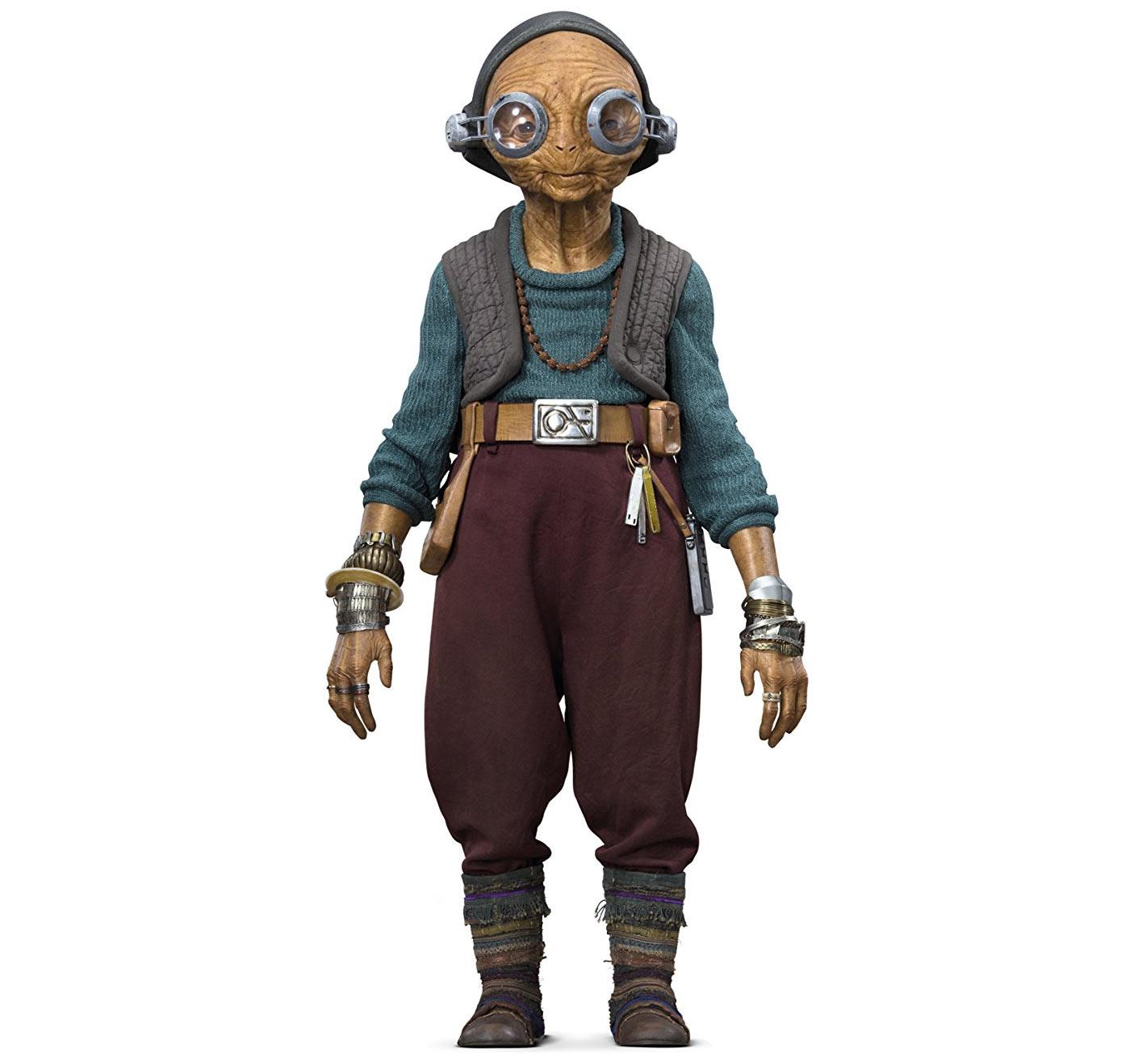 Maz surrounds herself with friends and allies, all invested in keeping the pirate and the rest of the occupants of the castle well protected. Another example of a castle occupant is the castle bar/restaurant’s cook, Strono “Cookie” Tuggs. He’s been cooking in the castle for patrons for centuries. 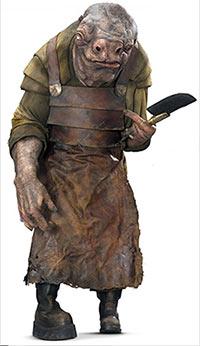 Not all occupants of the castle are good natured. Not by a long shot. Thromba and Laparo are a pair of Frigosian cryptosurgeons that keep prisoner creatures in cells below the castle so that they might mix and match their parts in their laboratory in one of the castle’s towers. They provide a service, however, that many patrons of the castle appreciate: cosmetic alterations that allow wanted criminals to “disappear.”

It should be clear, at this point, that Maz isn’t necessarily as good-natured as Luke Skywalker, but she’s certainly no evil like Darth Vader, either. She isn’t even really as bad as Jabba the Hutt, as it were – she wants what’s best for the universe.

One piece of evidence for this is TVD’s note on having “gotten many a young brigand started in the freebooting trade.” This is echoed by the Star Wars Databank, which says, “She has given many a young smuggler a start by offering credits, equipment, or connections, and helped many an old friend rediscover a lost path.”

Who is Lor San Tekka?

This should serve as a clue as to what she’ll have had to do with Han Solo in the past, too – we’ll just have to wait until the 2018 Han Solo film to see.

Maz has had dealings and/or “crossed paths” with Jedi Knights and Jedi Masters, including Yoda.*

*This is according to J.J. Abrams speaking at a press conference held just before the premiere of the film Star Wars: The Force Awakens, via DSOTF.

“She’s run this watering hole for a thousand years. Maz is a bit of an acquired taste, so let me do the talking – and whatever you do, don’t stare.” – Han Solo

Maz’s most important contribution to the Star Wars movie plot – beyond the possibility of making Han Solo into the man he is throughout the series – is the curio box she keeps in her castle basement. This box has some very interesting things in it.

Who is Captain Phasma?

Very near the box, in the film, you’ll see a bust. This bust is a man by the name of Master Cherff Maota – and we’re going to assume it’s a safe bet that his legend will be significant in the future.

As for the box’s contents, TVD shows that within is a fusion cutter head, a diatom power core, and a “four-thousand-year-old hyperspace sextant.”

The box is made of “ancient wroshyr wood”, and Maz keeps the box unlocked at all times. 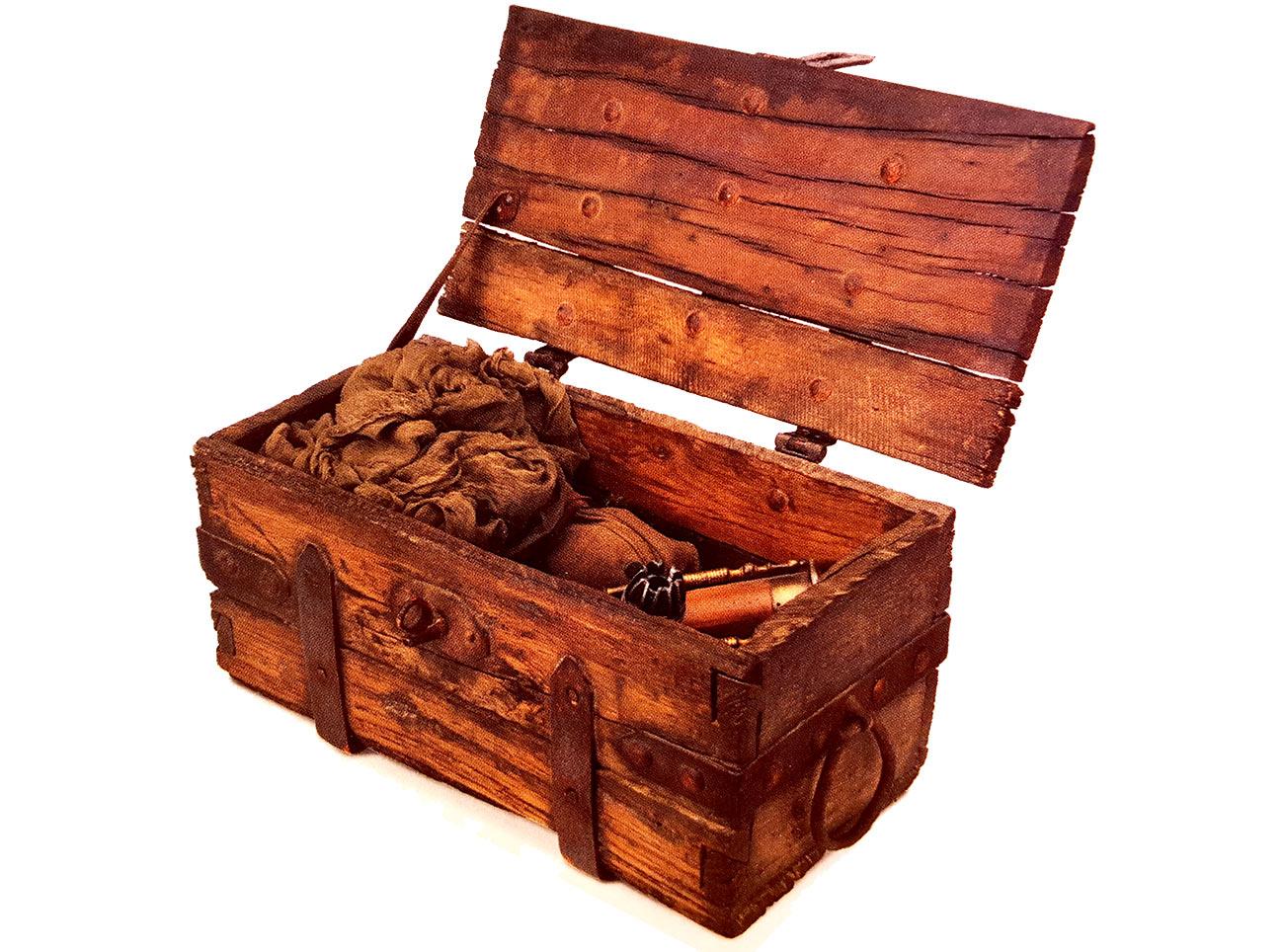 Also in the box is a lightsaber. This is the lightsaber Anakin Skywalker has made for himself during the Clone Wars (having lost or destroyed every lightsaber he’d had previously). This lightsaber was used to massacre the Jedi Temple, fight Obi-Wan Kenobi, and was eventually (taken by Obi-Wan and) passed down to Luke Skywalker.

Luke used the lightsaber from the point at which he attained it from Obi-Wan on Tatooine (before the Battle of Yavin) until he lost it in a battle with Darth Vader on Cloud City (on/floating above the clouds of Bespin). 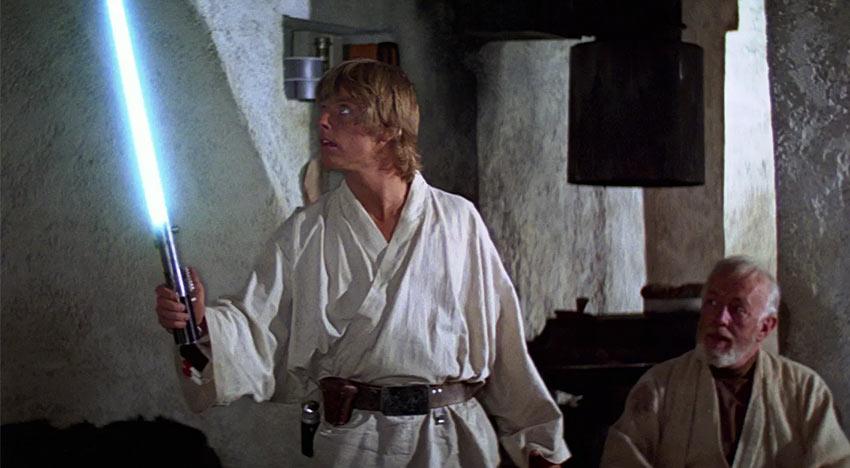 Somehow after being removed from Luke Skywalker on Cloud City, the lightsaber was found by a 3rd party, and eventually made its way to Maz, who then made sure it was given to Rey. Sort of reminds you of The One Ring, doesn’t it?

Have a peek at the timeline below for additional SlashGear guides on the Star Wars universe – we’re expanding in the future, too!