Star Wars: The Force Awakens – who is Lor San Tekka?

Just a few minutes into the the film Star Wars: The Force Awakens, actor Max von Sydow’s character appears – it’s no secret, and no spoiler. His name is Lor San Tekka, and he’s a real mystery for one-time viewers of the movie. What we’re about to do is discuss what we know about him. We’re using information we’ve attained via Lucasfilm and Disney-approved sources – StarWars.com and “Star Wars: The Force Awakens: The Visual Dictionary” so we’re working with the real-deal data: canon, that is to say.

Max von Sydow is 86 years of age – we can assume Lor San Tekka is around this age as well, as it’s suggested in the Visual Dictionary (from this point on referred to as TVD) that he is “old enough to have witnessed the Jedi Knights prior to the Clone Wars” and also “never believed the lies that painted them as traitors.”

SPOILER ALERT? You may want to see Star Wars: The Force Awakens before you read this article, but such an order of consumption is not entirely necessary. This article won’t ruin anything for you in the film.

The timeline goes like this:
1. The Clone Wars begin in Episode II: Attack of the Clones.
22 years pass
2. The Battle of Yavin occurs in Star Wars: A New Hope.
4 years pass
3. The Battle of Endor occurs in Return of the Jedi.
30 years pass
4. The events of The Force Awakens occur. 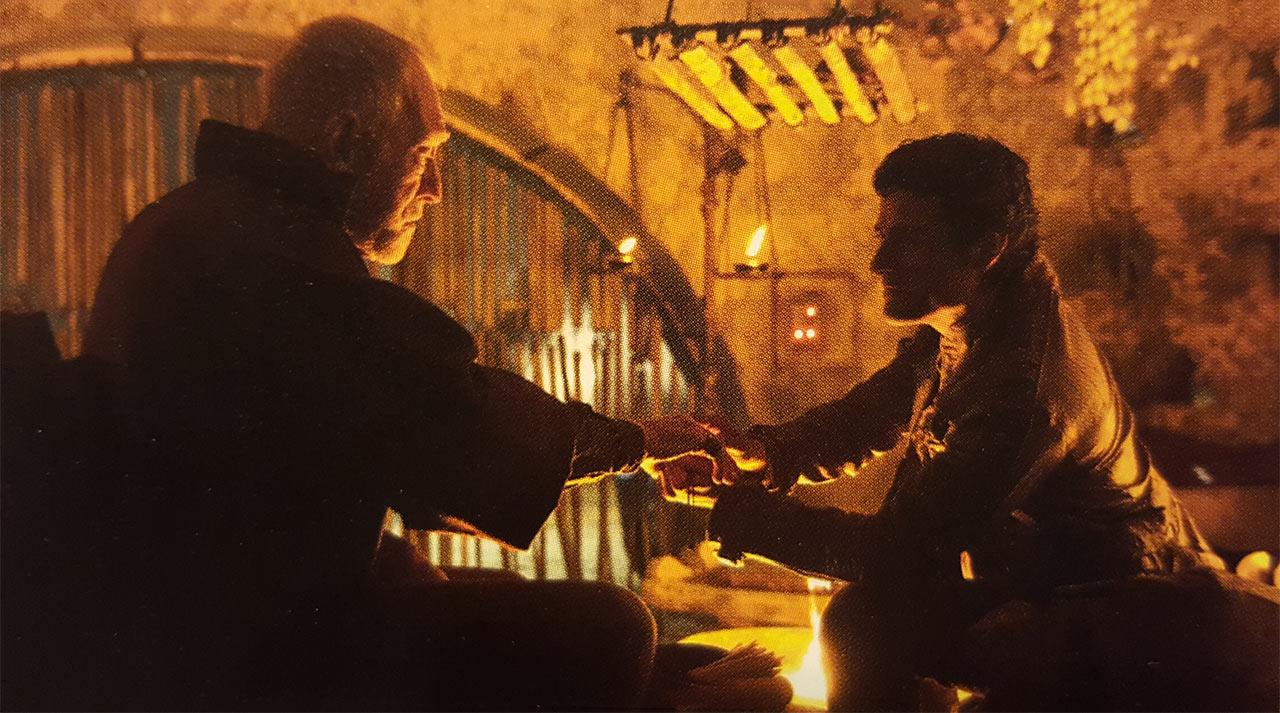 Lor San Tekka is therefore at LEAST 56 years of age – obviously – and probably several tens of years older. He’s also referred to as human by StarWars.com (from this point on referred to as SWC), so we know he’s not an alien like Yoda who’s able to live for 900 years or more.

The following paragraph comes direct from the SWC Databank:

“A legendary traveler and explorer, Lor San Tekka is a longtime ally of the New Republic and the Resistance. After the Battle of Endor, San Tekka helped Luke Skywalker recover secret Jedi lore that the Empire had tried to erase, and Leia Organa hopes the old scout can now help find her brother. Following decades of adventure, San Tekka retired to live simply on Jakku, where he follows the dictates of the once-forbidden Church of the Force. But his retirement is fated to be anything but peaceful.”

“Without the Jedi, there can be no balance in the Force.” – Lor San Tekka

Perhaps sadly – we were a bit sad to find out – that Tekka is not a Jedi. Nor is it likely that he’s a character we already know just re-named for mystery’s sake.

Instead, Tekka is part of a “collective of worshippers” at Tuanul village, “who praise the virtues of the Force without being graced by the ability to wield it.” 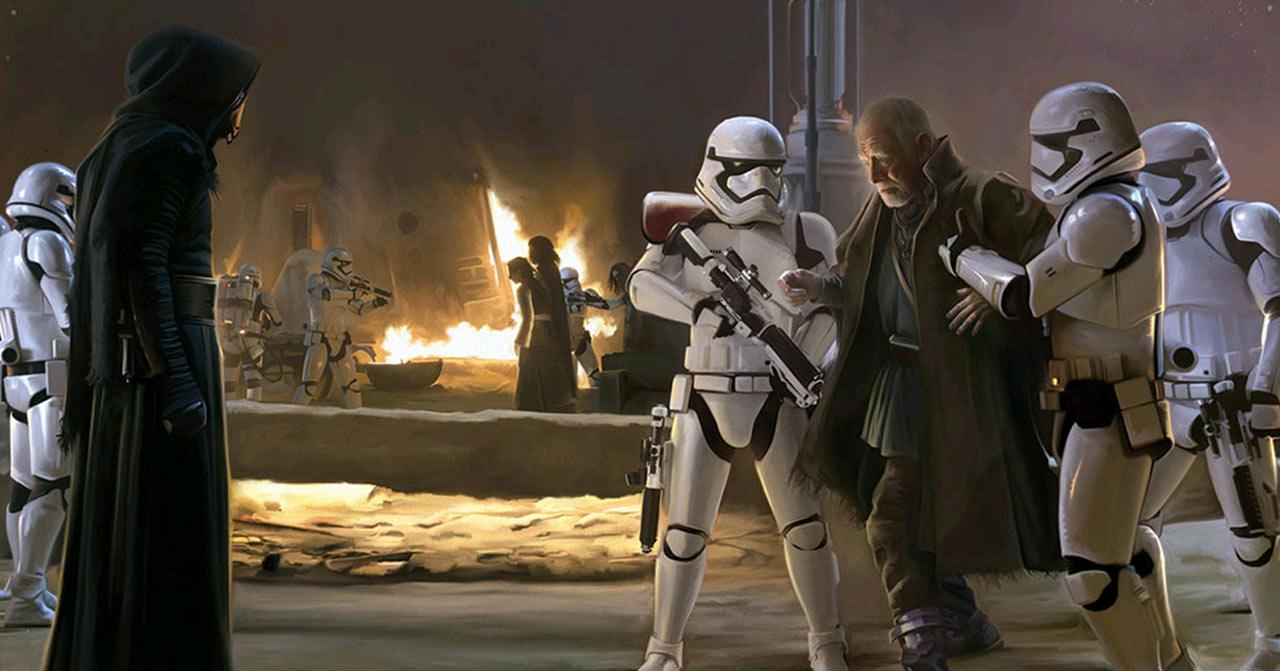 TVD says that as The Empire fell, they essentially inflicted a bit of the ol’ Scorched Earth on the knowledge they’d gained of the universe at large. They “destroyed records that would have been vital to the New Republic’s attempts at galactic reconstruction.”

As such, the New Republic relied on people like Lor San Tekka, who is a “font of obscure information” about the Outer Rim and esoteric bits of knowledge like what is contained on…

His “antiquated data storage unit,” (as you’ll see below.) TVD suggests that this is Lor’s “most valued possession.” Even more valuable than his Gundark-hide survival belt, his Chain of Wisdom, and his fantabu-wool coat. 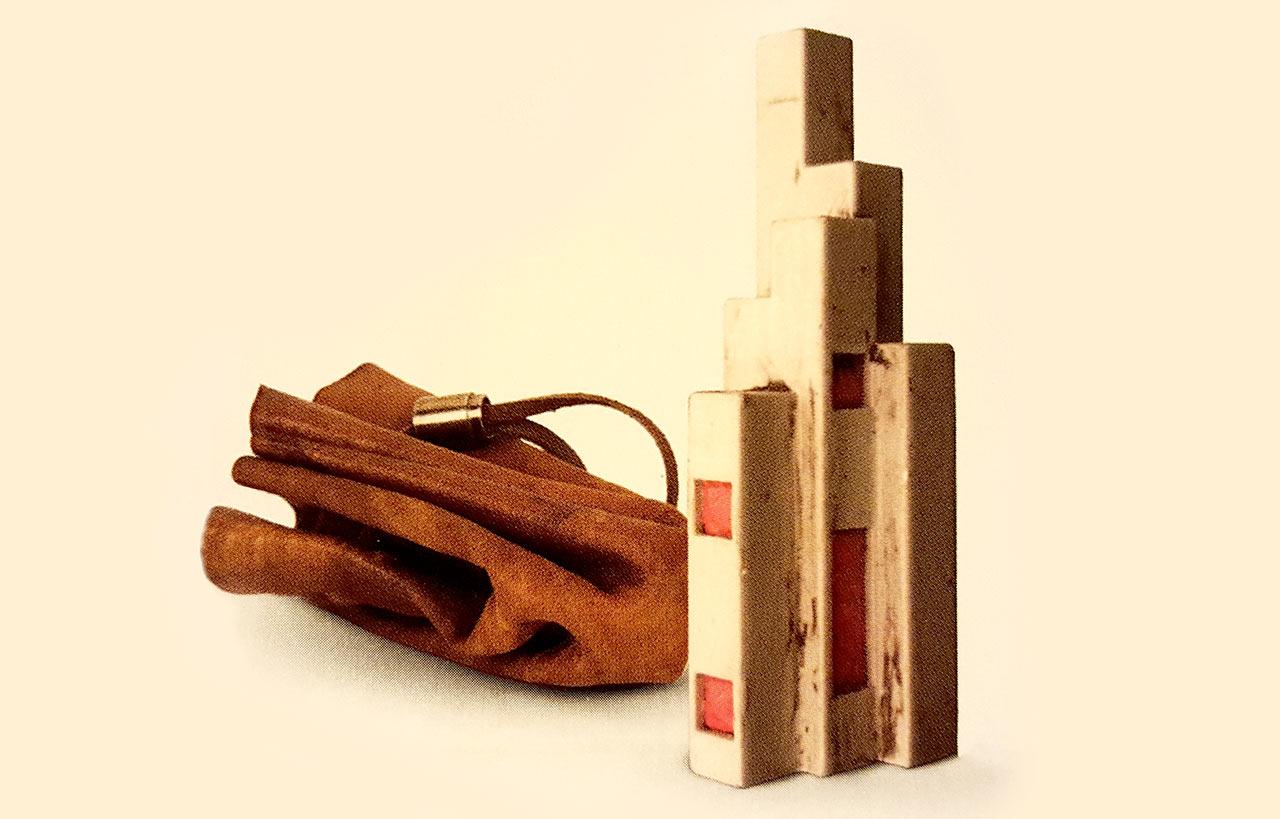 Tekka gives this data storage unit to Poe Dameron shortly before Tuanul village is destroyed by stormtroopers from the First Order.

You’ll have to see The Force Awakens to find out what happens to Dameron, the device after that.

While you’re there, you might also ask yourself: “Why is Lor San Tekka on the same planet as Rey, our new particularly important hero of Star Wars: The Force Awakens?”

That information has not yet been revealed – we shall see!