Star Wars Rogue One PS4 VR helmet bundle is fake, but not that far off

Today a magnificent forgery has gone viral – one that shows the possibilities with a Star Wars game with its own virtual reality helmet. Not only does this helmet look and feel like a real Rogue Squadron X-Wing pilot helmet, it also incorporates Sony’s Project Morpheus – or better known now as PlayStation VR. Again, this bundle isn’t actually real – it’s a clever construction – but it’s not that far off point. ILMxLAB will soon be making products like this a reality.

The creator or creators behind this bundle image go by the name Fakes Forge. They’re also responsible for the following three images made several months ago. Can you imagine any one of these helmets incorporating virtual reality gaming? 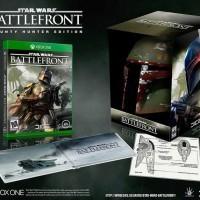 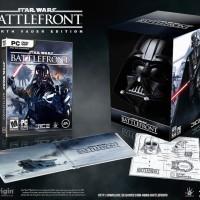 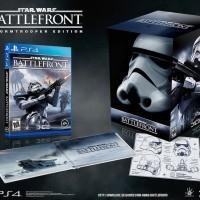 The space you’d need with the VR headsets out right this minute (as well as PlayStation VR) would need quite a bit more head room than these helmets would allow, but we’re not far off from something spectacular.

Below you’ll see the first product of ILMxLAB, a group within Industrial Light and Magic aiming to bring immersive virtual reality experiences to the world of Star Wars.

Speed across the Jakku desert from Star Wars: The Force Awakens with this immersive 360 experience created exclusively for Facebook.

This first 360-vision ride through the sands of the planet Jakku can be explored with your mouse or with your phone – and we’ll expect some VR headset action soon as well! Stick close to our ILMxLAB tag portal for more!