Sony Ericsson still haven’t admitted to the existence of the XPERIA X3, their Android smartphone previously known by its “Rachel” codename, but that hasn’t stopped the speculation about when it might drop.  According to MobileCrunch, it’s likely to be sometime in January 2010.

They’re quoting an unnamed source who has it on “good word” that the 4-inch touchscreen smartphone will arrive early in the new year.  Previous leaks have tipped the XPERIA X3 as having an 8-megapixel camera, dualband 900/2100MHz HSDPA (10Mbps) and HSUPA (2Mbps) as well as Bluetooth 2.1, WiFi b/g and A-GPS.

There’s also a distinctive new UI, which Sony Ericsson are tipped to have developed in-house to sit on top of Android; you can see a video demo of that here.  It’s all certainly possible – and as we’ve said before, we’ll never argue with new Android devices – but until we hear word from Sony Ericsson themselves (or another well-connected mole) we’ll have to take all this with a pinch of the proverbial. 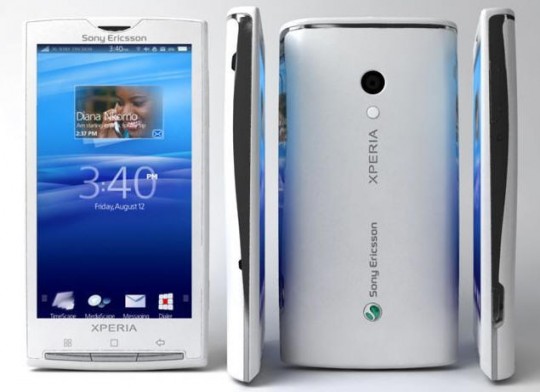