Sonos is readying Sonos S2, its new OS for connected speakers, which will be released in June and power all new hardware from the company from that point on. As you might have guessed, the arrival of Sonos S2 is also the reason why the company began encouraging owners of some of its earliest hardware to consider upgrading over the past few months.

That’s proved to be a trickier process than Sonos might have expected. The company launched its Trade Up offer late last year, giving owners of legacy devices including the original Zone Players, Connect, Connect:Amp, first-generation Play:5, CR200, and Bridge a 30-percent discount if they upgraded to newer versions.

At the time, though, that process required putting the speakers into “Recycle” mode: effectively bricking them. Sonos owners were furious, and the company backtracked on the decision. Now, owners of eligible legacy devices will still get the discount on a new piece of hardware, but they can keep their existing speaker or device and it’ll still be functional. How it’ll function, well, that will depend on how you configure Sonos S2.

Sonos S2 is the future

Sonos S2 is “our platform for the future,” the company says, and it’ll mean a new app for your iOS or Android device. It’ll be released in June – an exact date is tba – and Sonos promises “new hardware and experiences,” though details as to what that means exactly are in fairly short supply.

For now, the company is saying there’ll be “increased personalization” along with higher resolution audio formats both for music and home theater use. That’ll tap into upgraded audio bandwidth. As for specific features, so far Sonos is only talking about one: new room grouping options, which will do things like remember your frequently-grouped players in a zone for swifter switching. 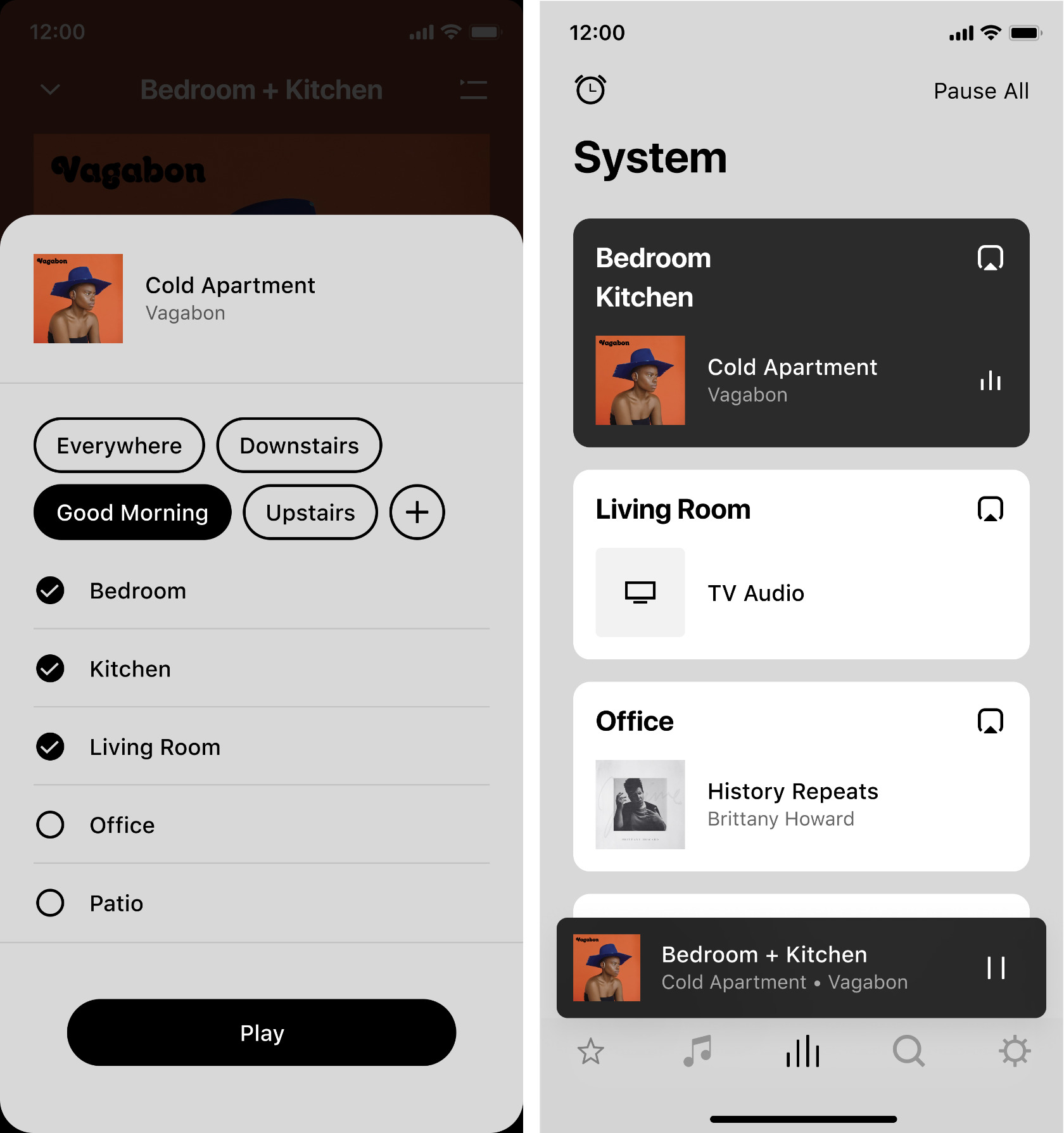 Beyond that, it’s a matter of wait-and-see. Sonos’ existing app will be sticking around, renamed “Sonos S1 Controller”; you’ll be able to keep your Sonos system on the pre-S2 firmware and use it as it is today. If you bought into the ecosystem within the past few years, it’s likely that most of your speakers will support Sonos S2. For those that have older, legacy devices, there’s a choice to be made.

Those with older Sonos hardware have four options

If all you have is legacy hardware, the process is simple. You’ll keep using the same S1 app, and Sonos says it’ll be releasing bug fixes and security patches – as well as working to keep music and voice services – as long as it can. However since hardware launched from the point that Sonos S2 is released won’t be S1-compatible, it won’t be able to join an S1 network.

If you have a mixture of S1 and S2 compatible products, there’s a decision to be made. Easiest is just removing the S1 products: then the S2-compatible ones can have the new firmware installed from June. If you want, you can use the Trade Up program – which Sonos tells us it plans to continue to offer for the foreseeable future – to get a 30-percent discount on a new, S2-compatible device. You don’t need to send in your legacy hardware in that situation, and it’ll continue working (though not on your S2 network, of course).

Alternatively, the existing network of speakers can stick on the S1 Controller software and firmware. That way, though, you won’t have access to anything new Sonos launches. 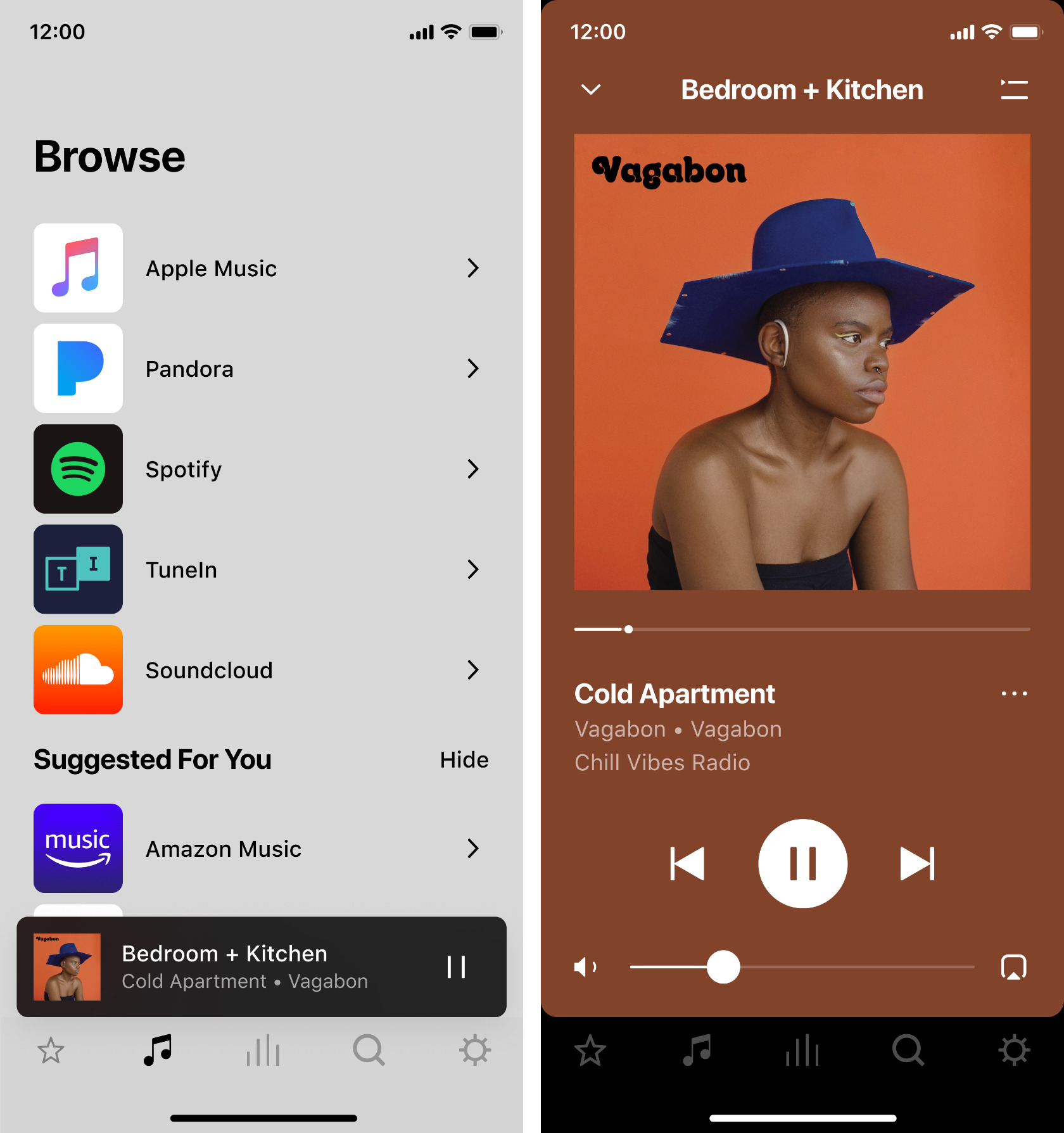 Finally, there’s the ability to split a Sonos system into two. Older S1-compatible speakers would be controlled by the Sonos S1 Controller app; newer, S2-compatible speakers would use the new Sonos app (which will be called “Sonos” in the app stores, not “Sonos S1”). Sonos is promising detailed instructions on how to do that closer to the time, but it’s already saying that it won’t be possible to group an S1 system with an S2 system.

Sonos is trying to navigate a tricky situation

The reason for this whole architectural split is simple: the older Sonos hardware simply doesn’t have the processing power and other specifications to run the new software the company has in store. These aren’t just dumb speakers, after all, they’re speakers with computers built in. Whether you think that’s acceptable or frustrating, in a sense it was an inevitability for Sonos from the outset.

Owners will, at least, have a variety of options as they look ahead. There’ll be no deadline to upgrade to Sonos S2: there’ll be a notification that new software and firmware is available come June, but the upgrades won’t be mandatory. You’ll be able to stick around on Sonos S1 – even if all your hardware is S2-compatible – and wait to see if there are compelling features, or new must-have models, to justify the update.

As for those with older S1 devices, this might be a good opportunity to consider donating them to a new, speakerless user, or maybe setting up a secondary network in the garage or the office.