SmartThings struck it big on Kickstarter, got snapped up by Samsung, and now has begun delivering its much-anticipated Hub 2.0. The SmartThings Home Monitoring Kit, the centerpiece of which is the second-generation hub, is in stores today, priced at $249. Best Buy and Sears will carry it on their shelves, while it’ll also be available online.

Compared to the original hub, there are a number of improvements. Perhaps most notable for existing SmartThings users will be the battery-backup support and the increase in processing power, though there are numerous other changes from the system I reviewed in August last year. 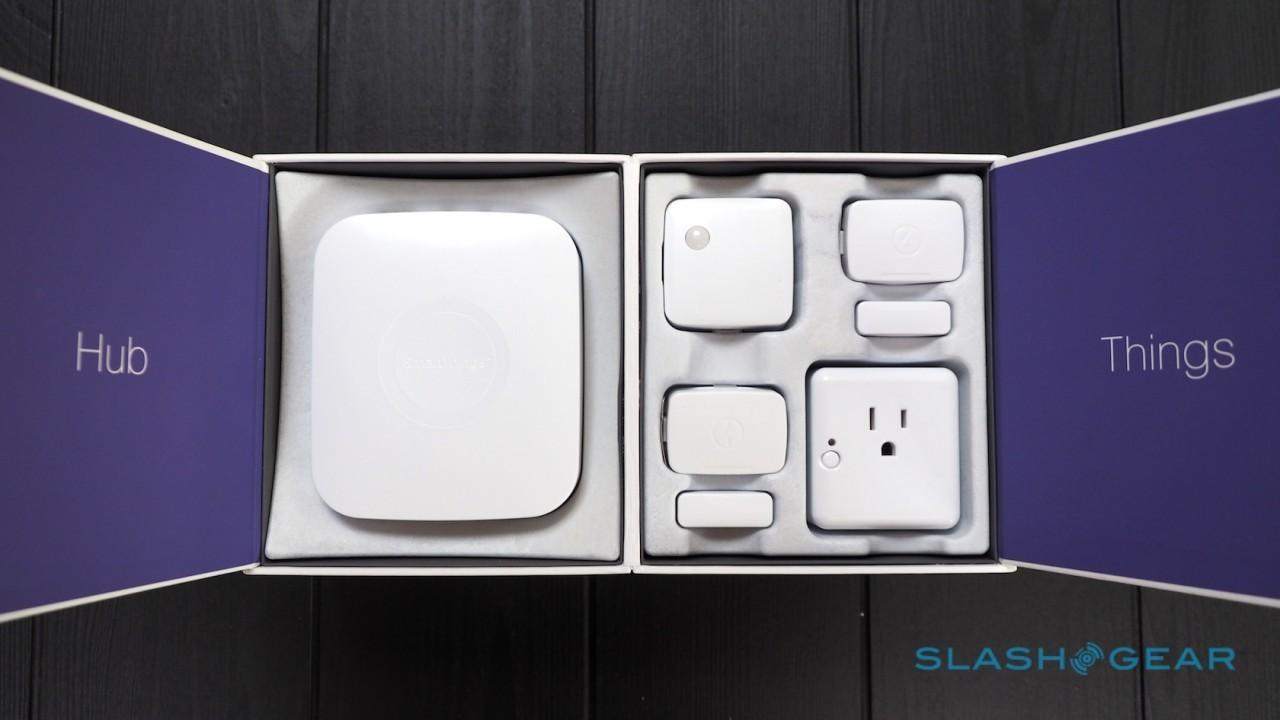 SmartThings shipped me the Home Monitoring Kit, a starter set that includes the second-generation hub, two multipurpose sensors – that can be used for door/window monitoring, but also have motion and temperature sensors too – a motion sensor, and a remotely-controlled outlet.

There’s also a SmartThings Water Leak Sensor, with two small metal probes on the underside that monitor for spills and leaks, plus Aeon Labs’ Siren, a plug-in alarm. Finally, Samsung’s SmartCam HD Pro was thrown in too. 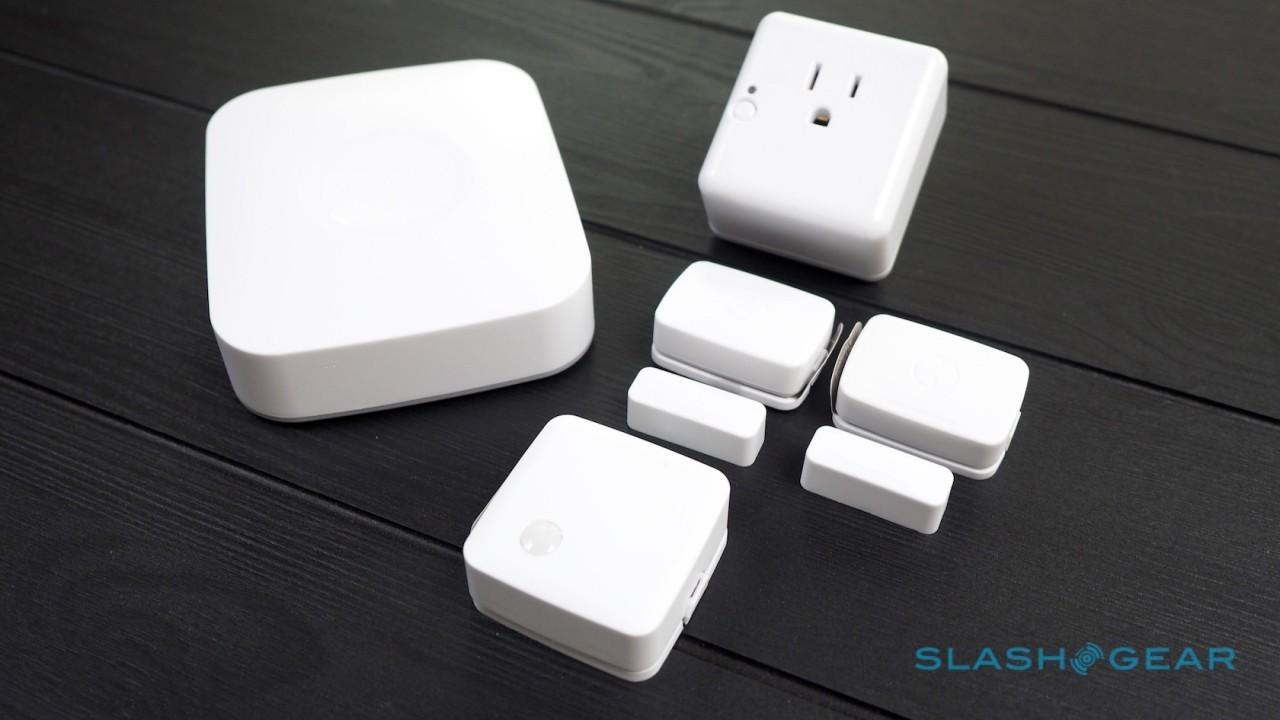 That’s quite the setup, but of course a large portion of the SmartThings charm is in how nicely it plays with third-party devices and services. I’m a first-gen SmartThings user, so I’ve already got a number of outlets and sensors that I was using with the original hub; they should be equally compatible with hub 2.0.

However, there’s also support for Hue wireless bulbs, Sonos speakers, and other devices, some more full-featured than others. I’m an Amazon Echo owner, too, so I’ll be testing out how hands-free voice control changes the smart home experience. 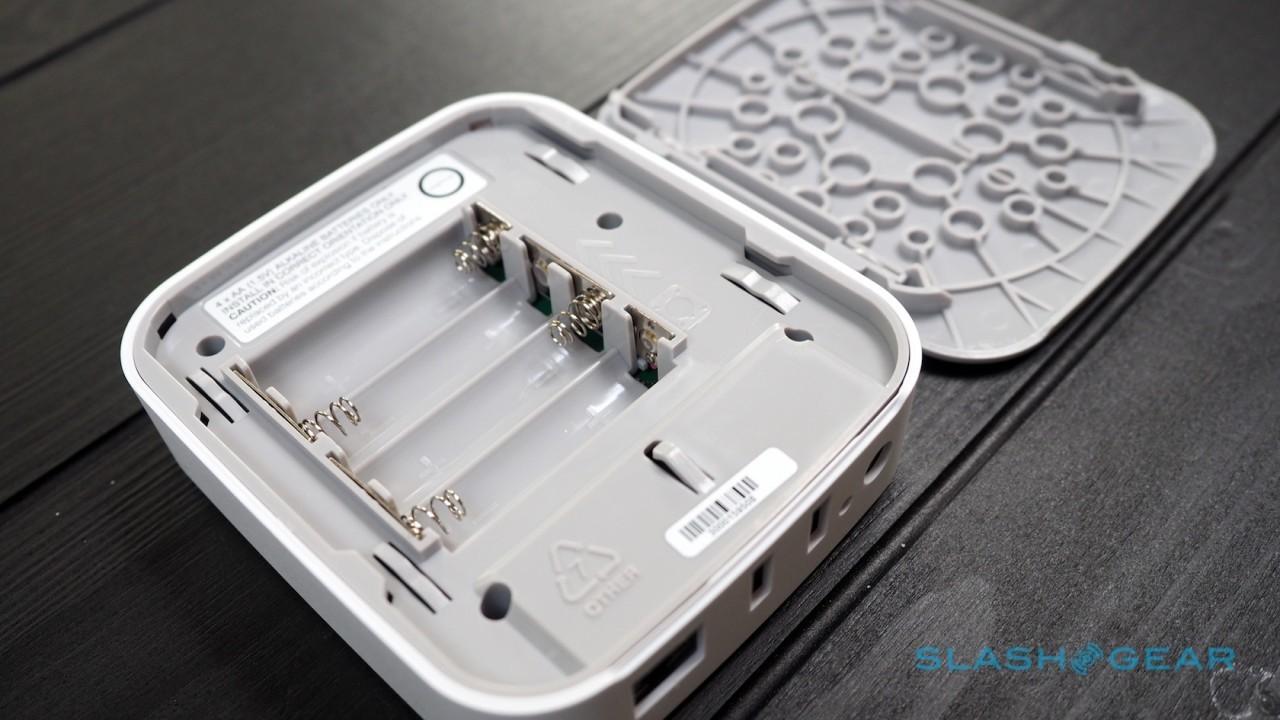 Setup proved straightforward. Hub 2.0 takes four AA batteries now, included in the box, which are good for up to 10 hours of standalone use in the case of a power cut. Personally, I’d have preferred to see at least rechargeables used instead, but it’s certainly better than the existing hub which, when I’ve experienced power cuts, has left my system completely non-functional.

From there it’s a case of creating an account – SmartThings asked me to register one from scratch rather than use my original one; I’ll be testing the migration process later – in the new app. Each component of the system registers in a slightly different way: SmartThings’ own are generally the easiest, involving pulling out a tab and then searching for something new and compatible in the app. 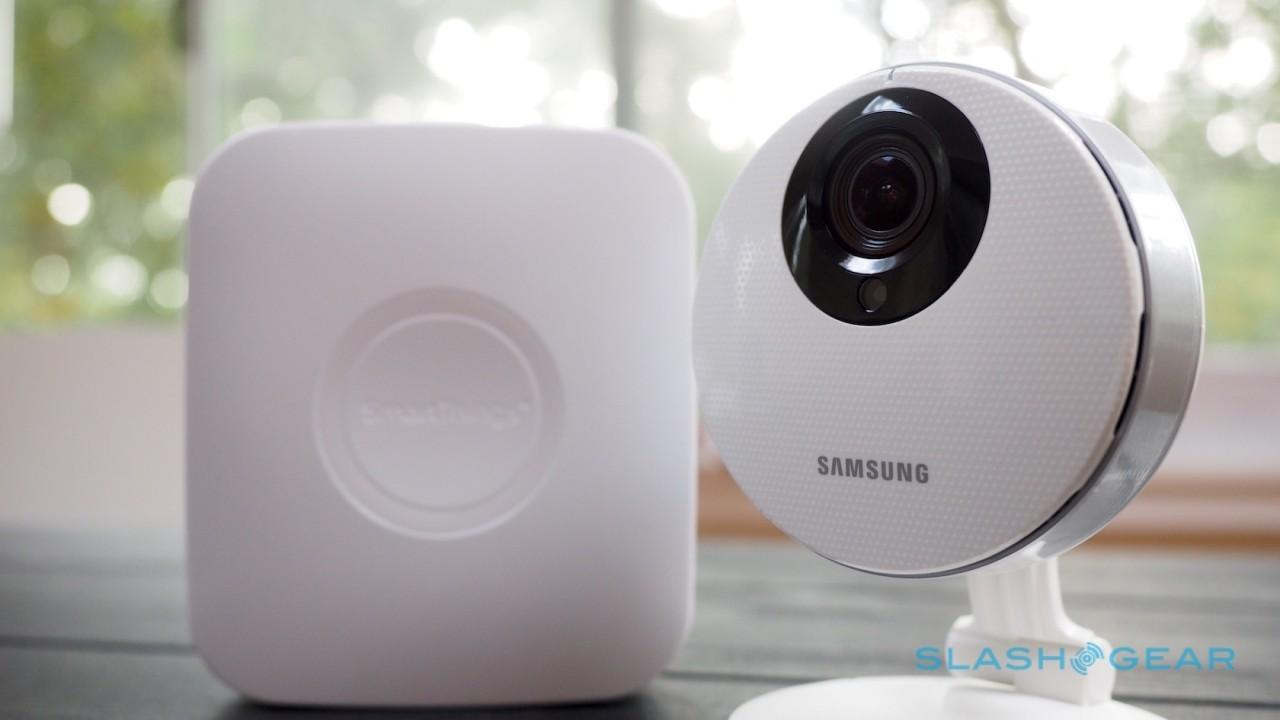 The siren is almost as easy: you plug it in and press a button on the top to put it into pairing mode, then search in the app. Only the camera proved a little trickier, requiring me to find the particular model in a list in the SmartThings app, plug the camera itself in with an ethernet connection, and then link them, giving the WiFi credentials as part of that process.

SmartThings tells me that a future update will support wireless pairing, and indeed you can opt instead to set up the camera wirelessly using its dedicated Samsung app and then pair it up to SmartThings subsequently. 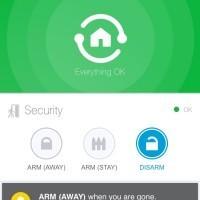 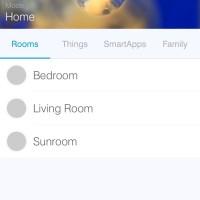 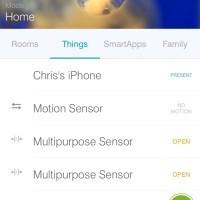 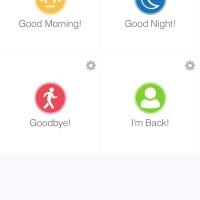 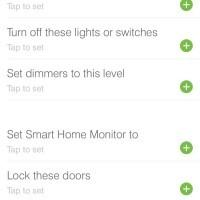 It’s early days with the new SmartThings app, but already I’m finding it a lot more intuitive than its predecessor. That was filled with flexibility but, as company CEO Alex Hawkinson admitted to me when I spoke to him last month, didn’t do such a good job of targeting those other than the geekiest enthusiasts.

In some cases it’s little things that make a huge difference to everyday usability. You can group devices into rooms now, so that I can have the various lights in the bedroom dim and the fan turn on from a single screen, rather than having to jump between pages. SmartThings has cottoned on to the fact that home security is a common use for the system, and so there’s now a big “arm” button which sets it into high-alert. 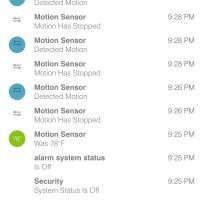 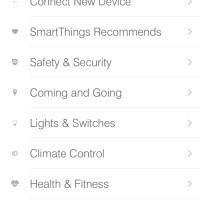 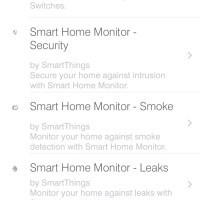 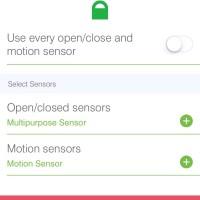 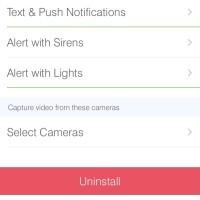 One of the most useful things about any home automation system, in my experience, is the ability to create macros: combinations of actions that take place either when you hit a single button or, even better, triggered by something else, whether your physical location, the time, the sun setting or rising, or another factor.

In fact, I found that I was most content with my original SmartThings installation when I hardly ever opened the app at all. Instead, my lights just came on of their own accord when I got home late (but were sensible enough not to when it was still light); they joined the Sonos speakers in giving the impression someone was home, turning on in different rooms while music played, while in fact I was away on holiday. 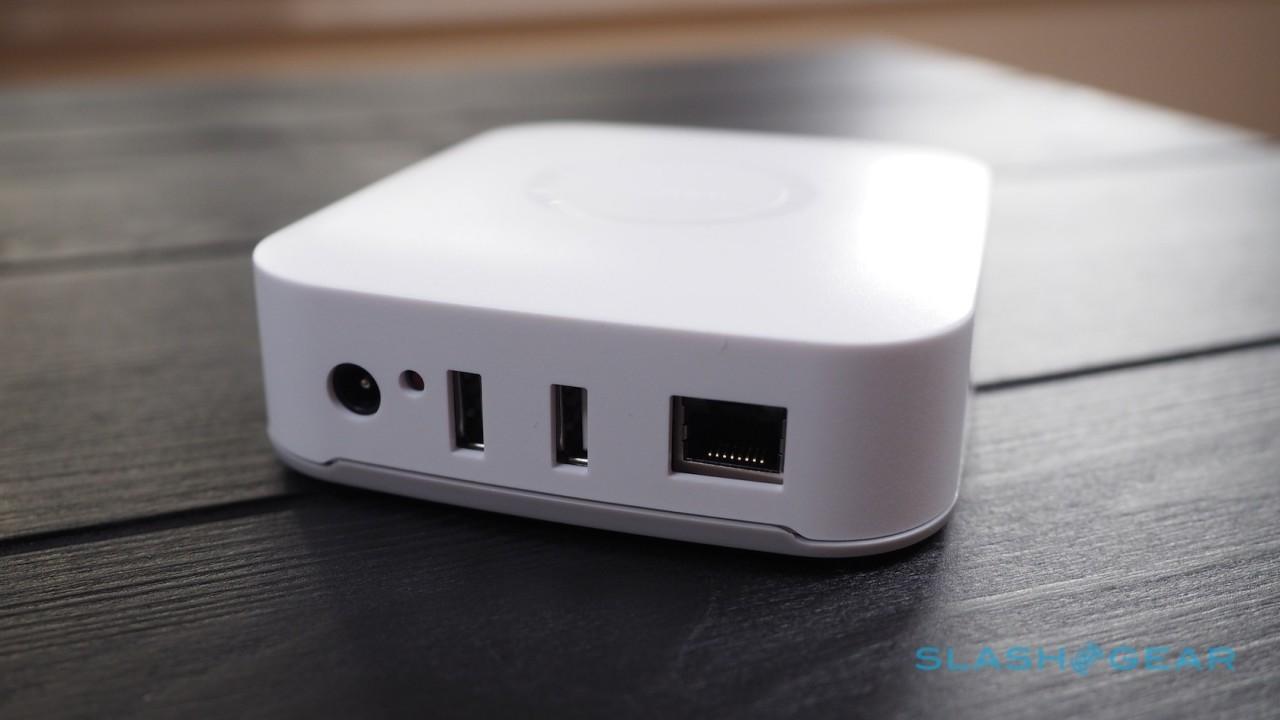 First indications suggest the new SmartThings app will make setting up those sort of action recipes even easier. Here they’re called “routines” but the effect is the same: presets of various different devices, strung together to make life easier.

So, initial impressions are positive, but I’ll have to live with SmartThings 2.0 to see if it’s really the all-round improvement the company claims of it. The IoT space has progressed considerably since generation one: Apple’s HomeKit has finally arrived, Nest has expanded from a smart thermostat to a full ecosystem play with Weave, and Google is making similar mutterings of its own. 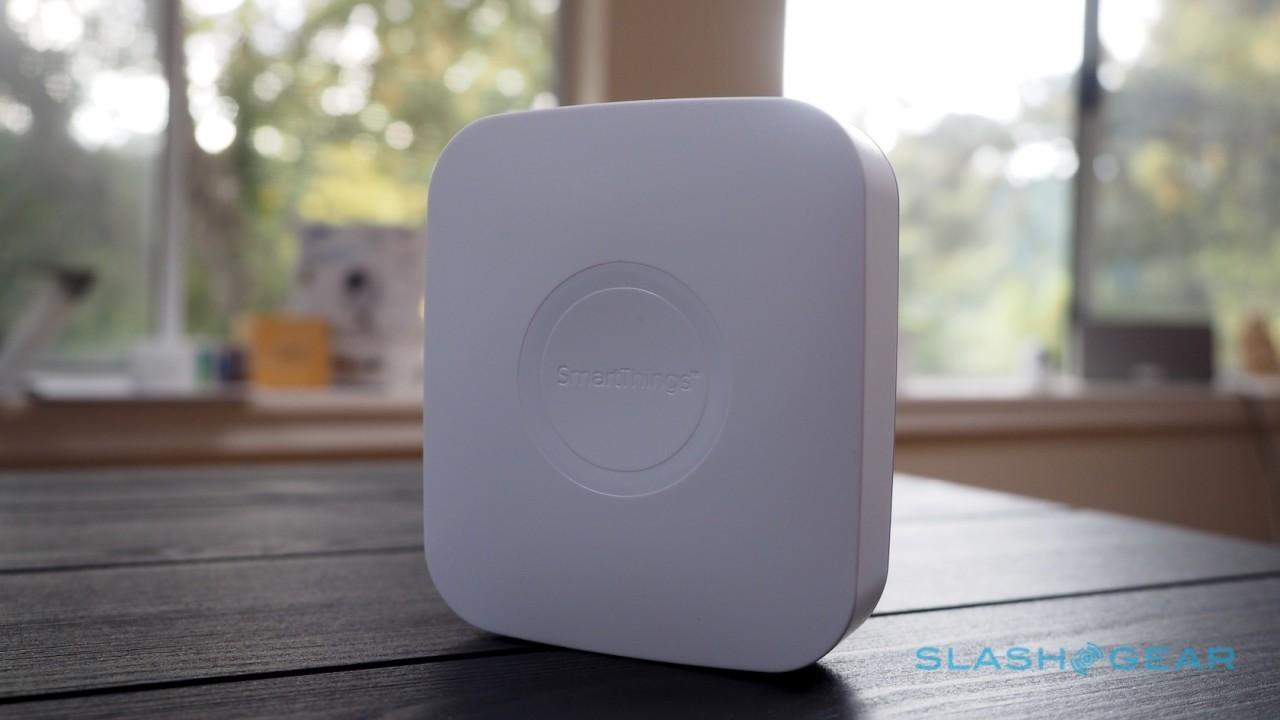 None of them can afford to rest on the laurels of their own products alone. That means, no matter the obsession to detail they might pay to their own devices, they’re invariably at the mercy of how nicely third-party devices play.

With Samsung’s checkbook behind it now, not to mention the apparent commitment by the South Korean behemoth to put the platform at the center of its automation ecosystem, SmartThings has no small degree of opportunity. What I’ll be testing is whether that flexibility and scope come at the expense of user-friendliness and convenience. Stay tuned for my full review. 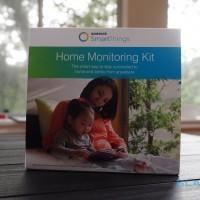 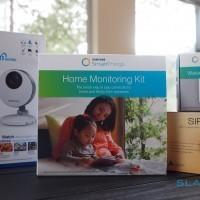 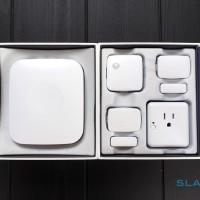 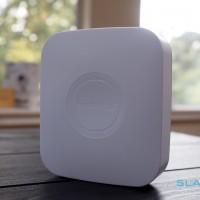 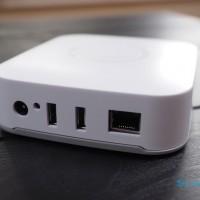 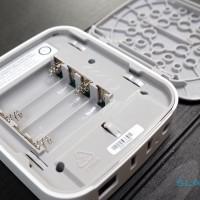 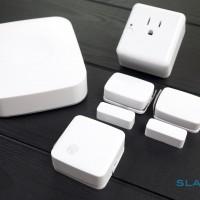 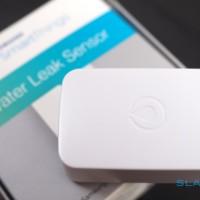 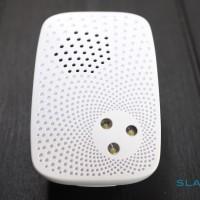 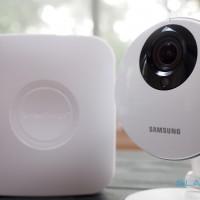