Apple’s Siri is reportedly set to get a whole lot smarter, with the virtual assistant tipped to dig into third-party apps to extend its functionality on the iPhone and iPad, and perhaps upcoming wearables like the much-rumored iWatch. While Apple boosted Siri’s abilities in iOS 7, adding the ability to post Twitter messages, pull information out of Wikipedia, and more, delivering results in a more lifelike voice, the system is still limited to a small subset of apps available for iOS devices.

That’s set to change soon, insiders tell The Information. According to the sources, Apple will open Siri using an API of sorts, which could be used by app developers to integrate the voice control system into their titles.

Currently, though Siri does work with some third-parties – such as being able to book at nearby restaurants using OpenTable – they’re specifically negotiated deals between Apple and the service provider.

The change could mean things like being able to make calls through something other than iOS’ own Phone app, perhaps like Google Voice, and send messages in other ways than the Messages app. Although it might mean a dilution of the control Apple has over the overall process, it would certainly boost Siri’s usability, particularly for those who haven’t entirely bought into the company’s ecosystem. 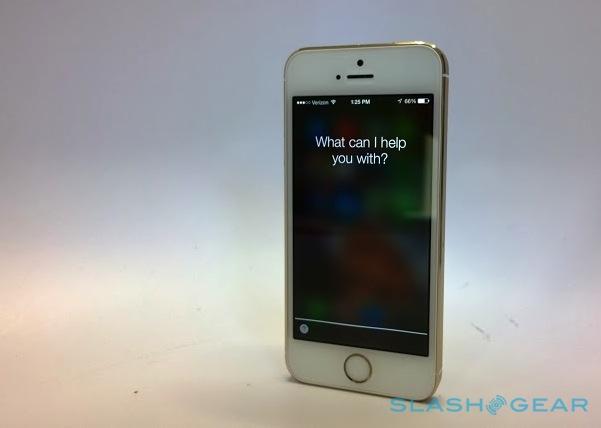 Meanwhile, the changes in progress will also apparently have an impact on how Siri displays in different contexts, such as automatically showing a user-set fitness app when the digital assistant recognizes that the user is probably running or doing other exercises. The tech is described as working automatically with “constrained screen space” which could also indicate a paving of the way to smaller-screen devices such as the well-discussed – but still yet-to-be-official – iWatch wearable Apple is expected to launch.

That sort of contextual awareness, showing apps relevant to what the user is doing at any one time, could form the backbone of a Siri-powered smartwatch. Rather than forcing wearers to page through a smaller version of the iOS display, the wearable could instead switch itself between modes depending on what was going on around it.

Back in October 2013, Apple reportedly acquired Cue, a smart social search engine which dug through email and social networking accounts to figure out appointments and events that weren’t on the user’s regular calendar. The move was widely seen at the time as another step by Apple to rival Google Now, Android’s contextual engine.