Smart may have abandoned the US market but it’s just getting started with EVs, unveiling the new Smart Concept #1 at IAA 2021 this week. A four-door all-electric crossover, the compactly-handsome EV previews the automaker’s first production model in its new zero-emissions range.

Smart is, of course, no stranger to EVs. It offered an electric ForTwo – its ultra-compact city car – for some years in the US, though range as diminutive as the vehicle’s exterior dimensions limited its overall appeal. By the time Smart took the decision in 2019 to abandon the North American market, it didn’t seem like a terrible idea. 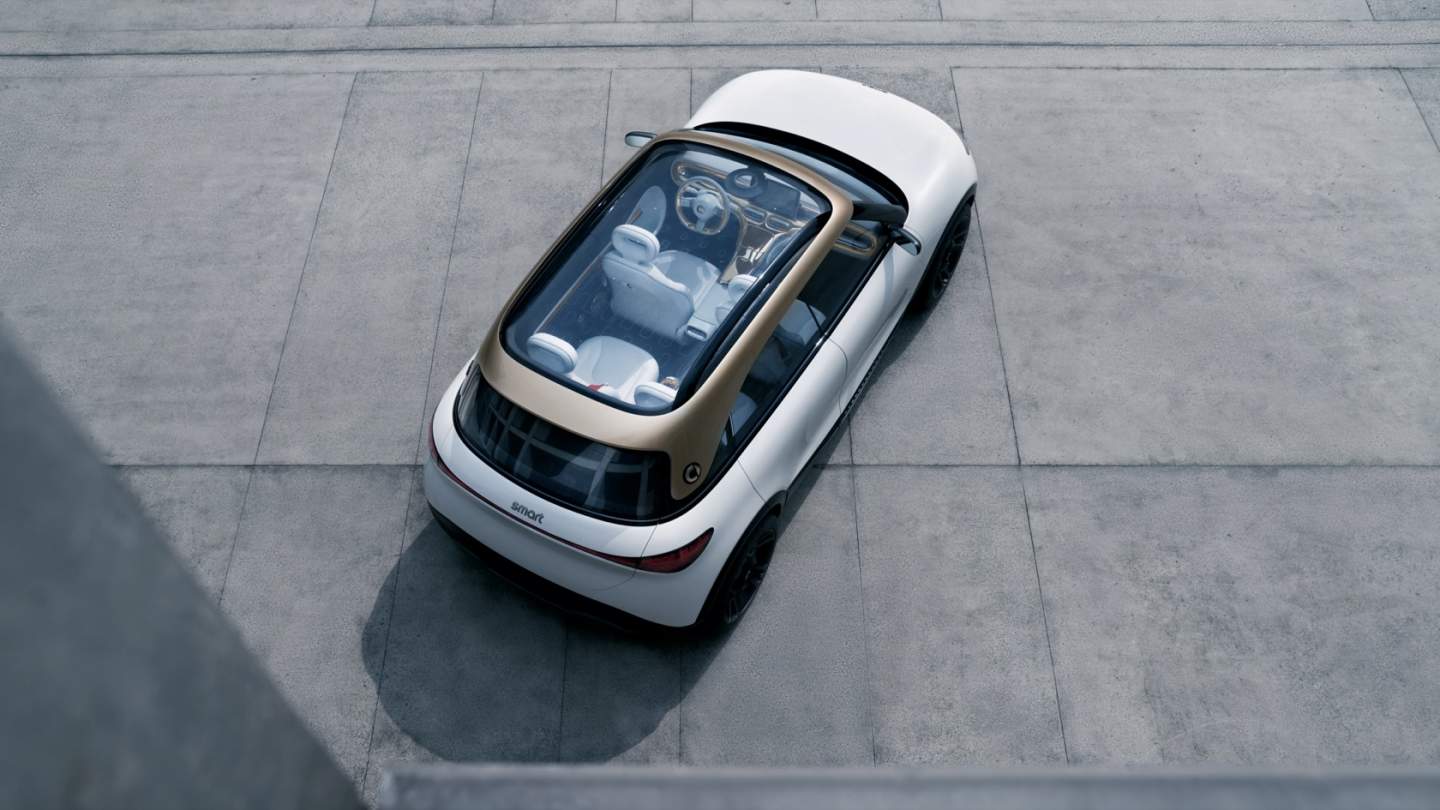 The following year, though, Smart-owner Daimler had a surprise. Smart would be launching a new line of EVs, it revealed in December 2020, as part of a joint venture with Chinese auto behemoth Geely. The first example of that collaboration would be a new, four-door SUV that was all-electric. 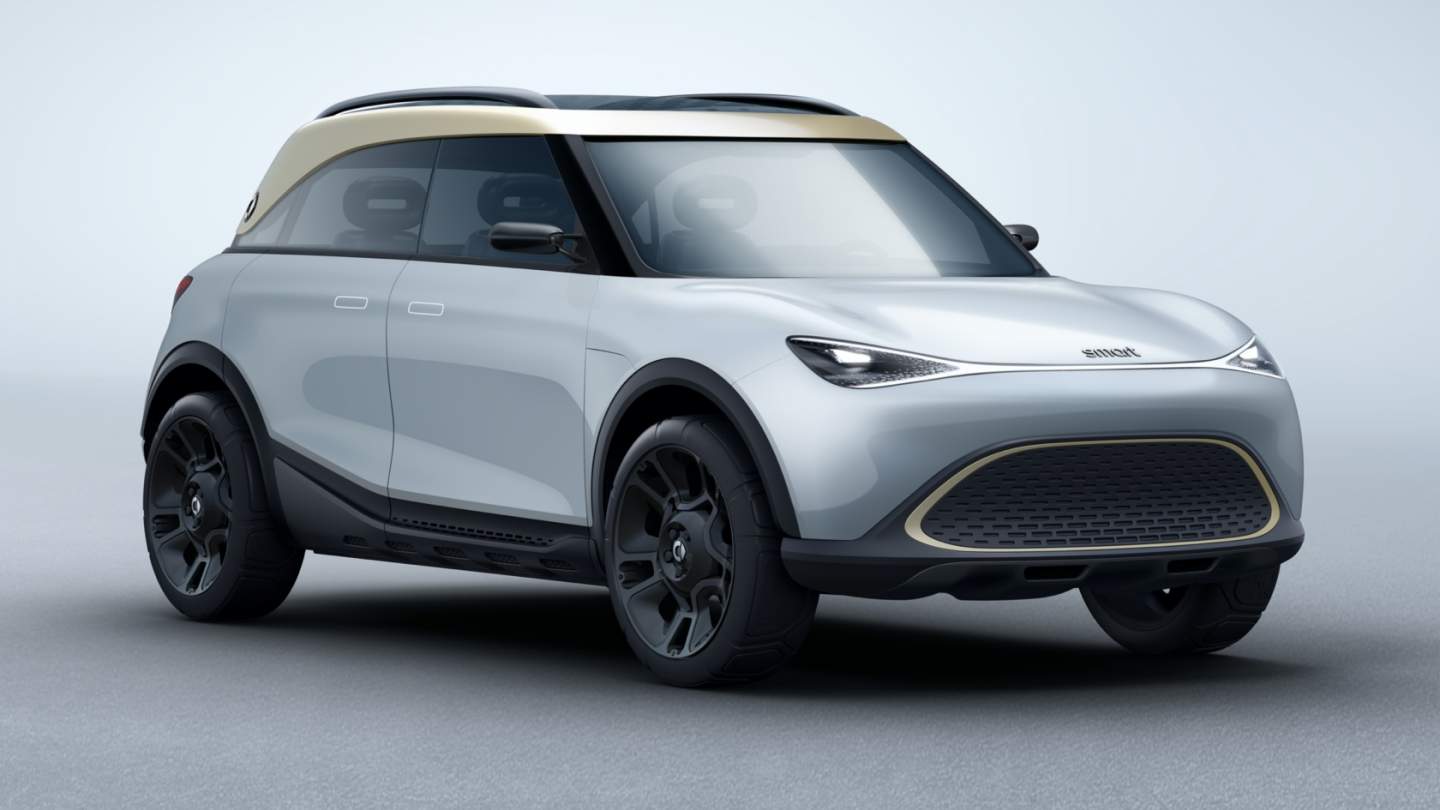 Fast forward to today, and we’re getting the first proper glimpse of what that car will look like. Described as “near-production,” the Smart Concept #1 is pretty clearly recognizable as being from the Smart brand, but adds modern touches like LED light strips and a distinctive two-tone color scheme. Short overhangs push the wheels out to the corners, helping maximize stability and interior space. 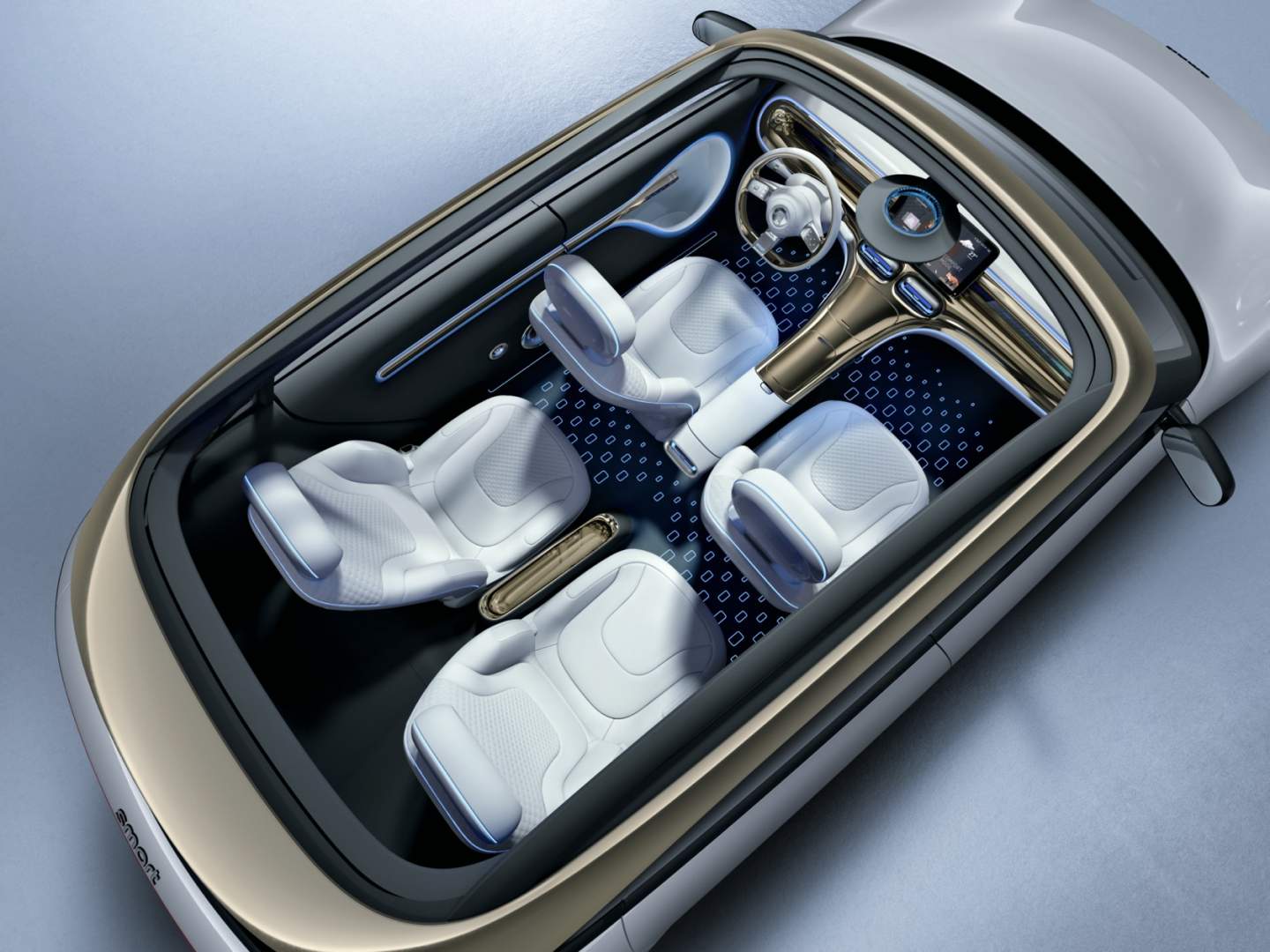 There’s a panoramic glass roof, surrounded with a ring of light, and frameless doors. 21-inch wheels are concept-friendly in their oversized dimensions; it’s likely the production model will sport something more conservative. Hidden door handles open portal rear doors, hinged at the back for easier entry and exit. 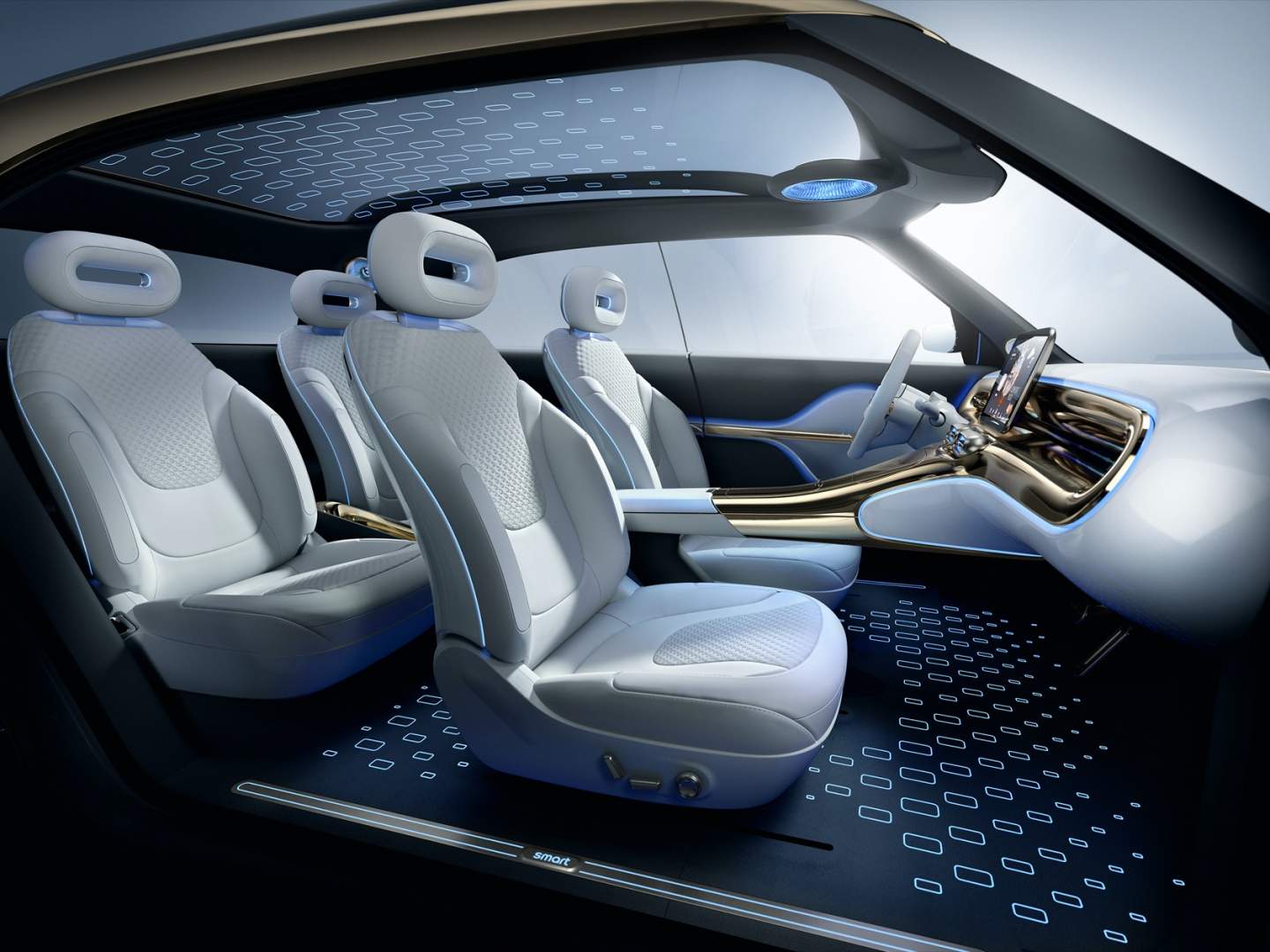 It helps make the unexpectedly spacious cabin even more functional. The Smart Concept #1 is only 14 feet long, with a 9 foot wheelbase, but the automaker promises far more interior room than you might expect from that. In the concept there’s seating for four – though Smart says the production model will have a three seat bench in the rear, and seat five in total – leaves plenty of room for storage space, such as under the floating center console. 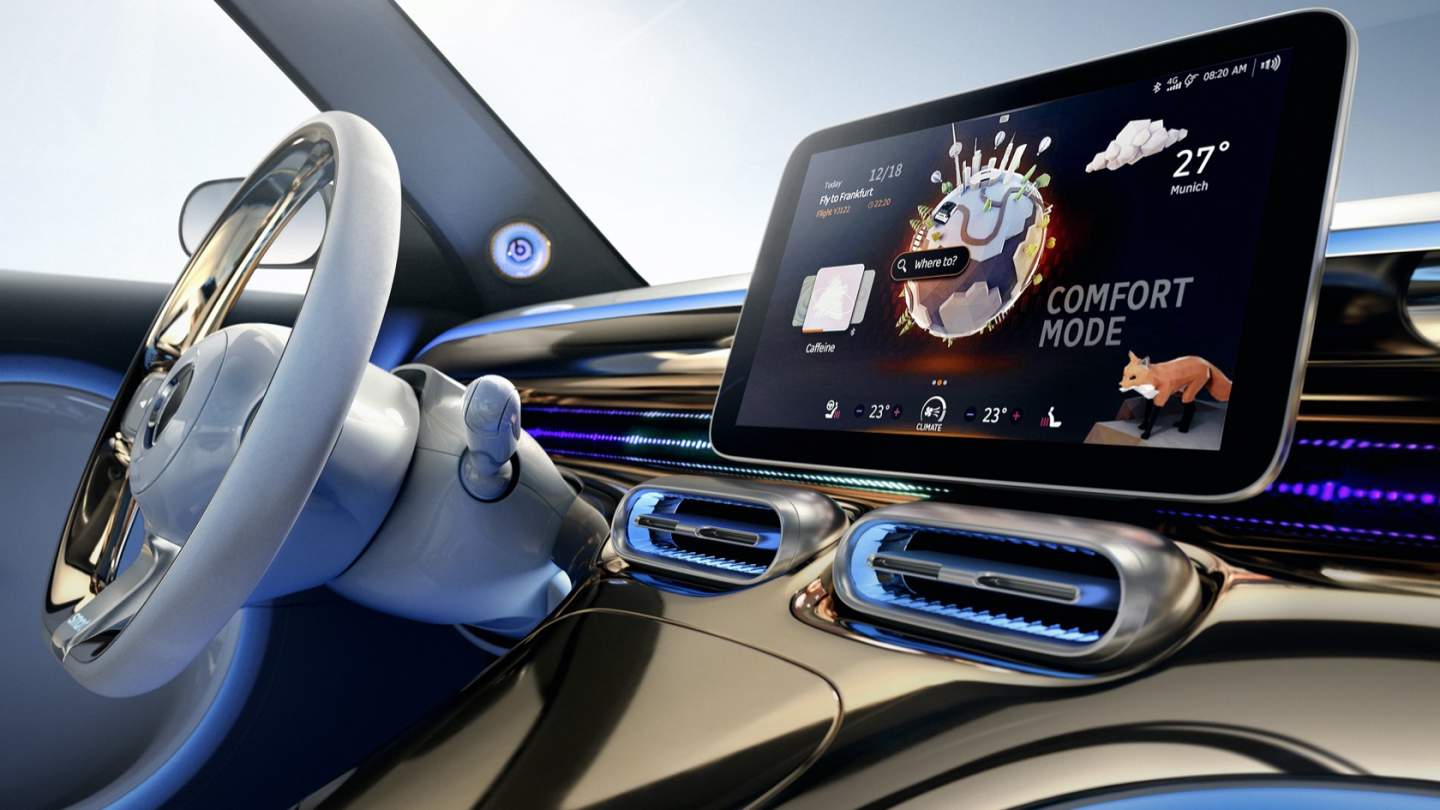 A 12.8-inch touchscreen is cantilevered out from the dashboard, with a whole new interface for the car. It’s navigated through what Smart describes as a 3D globe, with AI to suggest the driver’s most likely-requested feature. Smartphone-as-key and OTA updates are supported. As for safety tech, there’ll be evasive steering assistance, emergency lane assistant, parking assistance, and highway driving assistance. 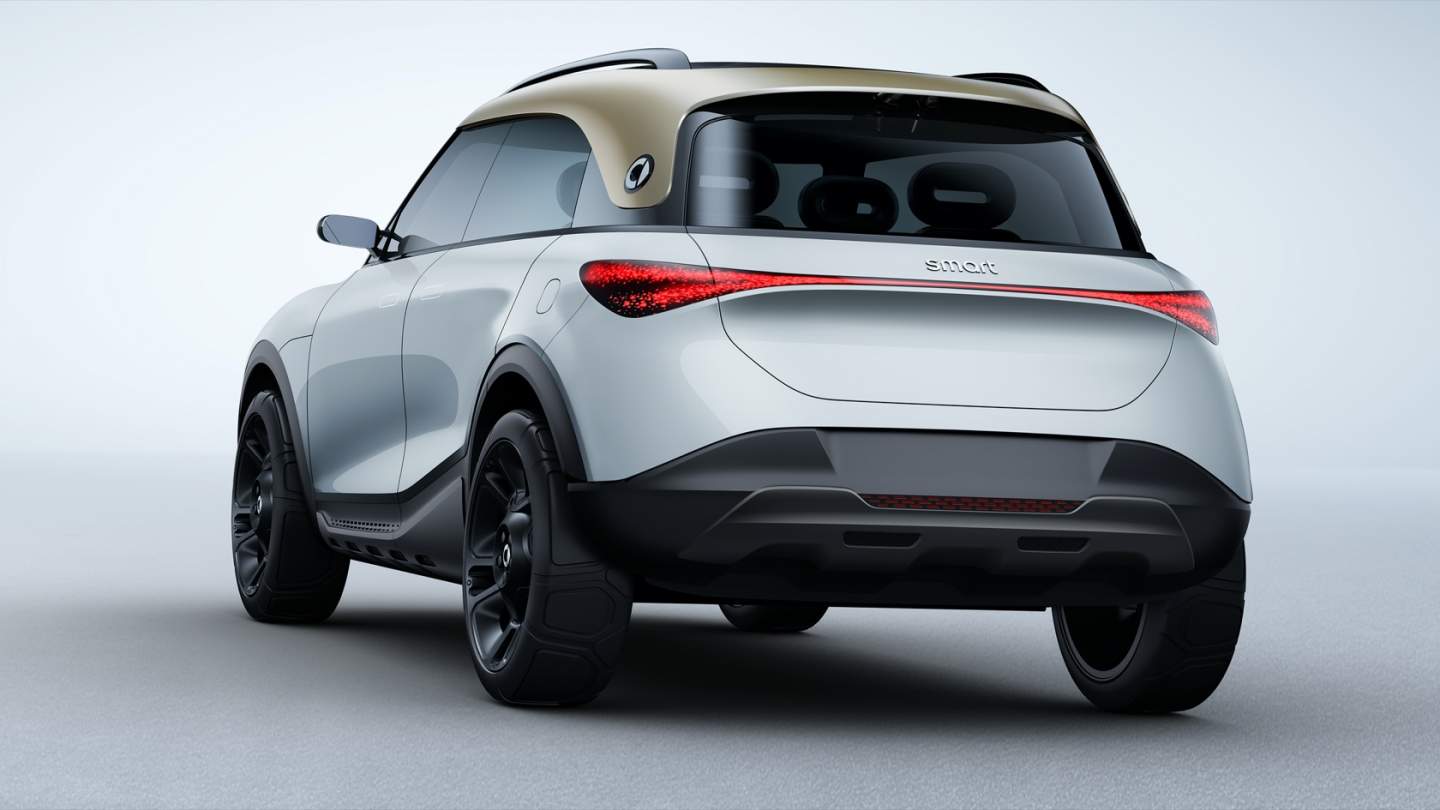 What Smart isn’t talking about quite yet is the drivetrain underneath. We know it’ll rely on Geely’s SEA (Sustainable Experience Architecture) platform but, beyond that, full details will have to wait for the production version. That’s expected to hit roads – though not in the US, sadly – sometime in 2022.