SlashGear 101: What is Boston Dynamics?

Google has been doing its holiday shopping, and latest on the list is robotics specialists Boston Dynamics, known for its at-times terrifyingly life-like animal robots. The company has created ‘bots that can scale walls, jump like fleas, cross treacherous terrain, and outrun their human masters, but under Google’s roof – and with Google’s budget – the Boston Dynamics technology is likely to step up to the next level. Intrigued? Read on for the SlashGear 101.

Where did Boston Dynamics come from?

Initially, the research that went on to form the basis of Boston Dynamics’ business began at the Massachusetts Institute of Technology, looking at how animals could be modeled to create robots that were more agile when running and maneuvering. Led by engineer Marc Raibert, the team span the project off into a standalone business in 1992, and while it hasn’t commercially launched any actual robot products itself, it works on a consultancy and research basis, building prototypes and advising other companies and government agencies on their robotics needs.

Why should I have heard of them?

Although the company has been around for several decades, it was only really from the mid-2000s that it gained any public attention. That was with the reveal of BigDog in 2005, a four-legged robot which Boston Dynamics developed with the Jet Propulsion Laboratory (best currently known for its work developing the Curiosity rover on Mars), military robotics manufacturer Foster-Miller, and the Harvard University Concord Field Station. 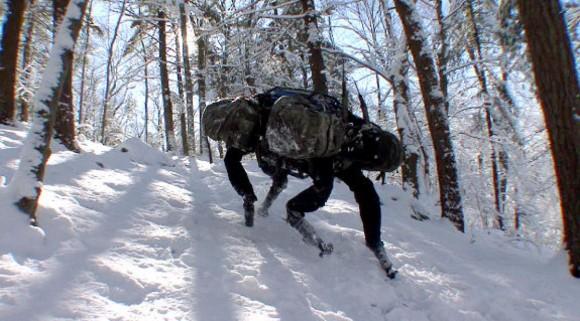 The BigDog project is funded by DARPA (the Defense Advanced Research Projects Agency) and aims to create a “robotic pack mule” that soldiers could use to carry large quantities of supplies and equipment across difficult terrain. Whereas tracked or wheeled robots might be defeated by loose ground or ice, BigDog’s four independent hydraulic legs are articulated like an animals. That allows it to run at up to 4mph and climb up slopes of 35 degrees, even when carrying a 340lb load across mud, snow, water, and rubble.

Later enhancements to BigDog saw a robotic manipulator arm added to the roughly 3 foot long by 2.5 foot tall robot. It also spawned the LS3, a quadrupedal “rough-terrain robot” that can carry up to 400lbs for twenty miles, including semi-autonomously by tracking to a preset GPS beacon, and multiple robots acting in convoy; effectively the militarized version of BigDog.

What are the stand-outs in Boston Dynamics’ range?

BigDog may have got the early attention, but the company hasn’t stopped there. Other projects have looked at robotic speed, traversing other terrain, and even shifting to biped forms. Cheetah, for instance, set a legged-robot speed record in 2012, passing 29mph – faster than the fastest human can run – by borrowing the articulated back and leg arrangement of the wild cat.

Cheetah is limited to a treadmill in a lab to hit those headline speeds, but WildCat can go out into the real-world. Another four-legged ‘bot, it can run at up to 16mph on flat terrain, bounding and galloping as it goes.

RiSE takes Boston Dynamics up walls, a six-legged ‘bot with feet equipped with micro-claws that can cling to textured surfaces like concrete. If getting over a wall is more important than scaling it, though, there’s 2012’s SandFlea, which can drive up to an obstacle like a radio-controlled car, and then leap 30ft into the air to pass it. It’s not an uncontrolled jump, either: SandFlea uses gyroscopic stabilization while it’s in the air, so that the camera can track where it’s headed and the landing can be smooth.

Atlas, meanwhile, is Boston Dynamics’ humanoid robot, capable of walking upright on two feet while simultaneously lifting, carrying, or otherwise interacting with the environment with its arms. Another DARPA-funded project, Atlas is around 6ft tall and uses a combination of laser rangefinders and stereo cameras to map out its surroundings; the onboard computers allow it to balance even when shot or standing on one leg.

Are they good robots or evil ones?

While it might be easy to look at BigDog and Cheetah and imagine a Terminator-style world of robots hunting us down, right now all of the Boston Dynamics ‘bots are relatively constrained given their tight developmental focus. Although the US military is a key funding partner, so far the most any Boston Dynamic hardware has done in the field is carry equipment, not track down targets.

Atlas probably looks the closest to an early super-soldier, though both Boston Dynamics and the Department of Defense say that it’s actually intended for more humanitarian missions. The robot has a particularly high degree of motor freedom – a total of 28 degrees, in fact – and delicate manipulator-hands that are expected to be able to use tools, drive vehicles, and open doors. 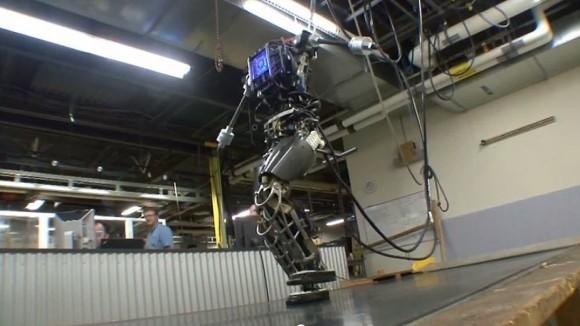 The goal is to create an emergency services robot that can go into dangerous environments – such as the Fukushima Daiichi nuclear power plant that went into meltdown in 2011 – and do search & rescue and maintenance work where human operators couldn’t survive. Atlas will take part in the 2014 DARPA Robotics Challenge, competing for a $2m prize for demonstrating its proficiency in those sort of circumstances.

Then there’s LittleDog, a compact robotics platform created by Boston Dynamics for robo-research at universities and on DARPA programs. Four-legged, and capable of navigating rocky and unstable terrain, LittleDog might look like a Sony AIBO robot dog – which Boston Dynamics actually consulted on for Sony, in fact – but it’s really designed for advanced robotics development not entertainment.

So it’s all robotics, then?

Not quite. Boston Dynamics might get most attention for its eye-catching real-world creations, but the company also has a footprint in the virtual world. DI-Guy is an AI person simulator, capable of filling a 3D environment with artificial characters who act and react as their flesh & blood counterparts would.

DI-Guy is used in emergency simulations, crowd planning, tactical planning, and more, ranging from military squad maneuvers through to realistic facial animations including gaze-tracking and emotional display. The software is in use by the US Armed Forces, but also in private industry, at companies like Boeing, Ford, BMW, Northrop Grumman, and others.

What does Google want with a robotics company?

That’s the multi-million-dollar question. Boston Dynamics is the eighth robotics specialist to be acquired by Google in the past six months, building the fiefdom of former Android chief Andy Rubin in his new department. Neither Rubin nor Google as a whole have been especially forthcoming on exactly why robotics has become an area of focus, though there are several theories.

One is that Google is planning an autonomous fleet of warehouse or inventory robots, which could revolutionize the supply chain and make it the darling of big industry players like car manufacturers. Another is a robot delivery chain, eschewing Amazon’s outlandish PrimeAir octocopter delivery in favor of door-to-door UPS-bots. 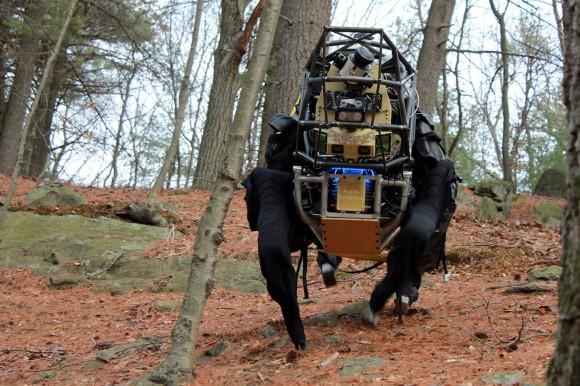 Of course, Google already has its own artificial intelligence programs underway, on projects like its self-driving cars. It’s unclear how Boston Dynamics and the other robotics acquisitions might fit into those existing schemes, though DI-Guy’s virtual humans could help autonomous cars predict exactly what pedestrians and cyclists are likely to do next on the road.

One thing Google has said it has no plans to do is go into the war business. The company says it will honor Boston Dynamics’ existing military contracts, but doesn’t intend to set up as a military contractor itself. Just as we saw with the unexpected reveal of Glass, though, when Google has something to show us, it won’t be shy about springing the surprise.