Smartphone buyers pick handsets on the basis of cameras, that’s what the big manufacturers have realized, and Nokia is determined not to be left behind. As well as transitioning to lead the Windows Phone charge, the Finnish company is also positioning itself as the most imaginative firm in mobile photography, putting snapshots at the core of every recent device. One name stands out as special to any mobile photo pro, however, and that’s PureView, expected to crop up again with the imminent launch of the Nokia Lumia 1020. There’s a lot to be said for 41-megapixel cameras: read on, as we walk you why PureView is special, and what might come next.

41-megapixel photos, right? Who needs that?

Don’t get too hung up on the headline-grabbing number: PureView photos aren’t really about raw megapixels. Instead, you need to start looking at megapixels as a means to an end, and in that respect there are several ways you can use a surfeit of imaging data.

Nokia’s analogy is putting out buckets in the rain. If you have a regular number of buckets, you’ll catch a regular amount of water. If you have many, many more buckets, you’ll catch even more water. In this case, the PureView’s 41-megapixel sensor is the field of buckets, and the rain is light hitting the CMOS. More light means more imaging data, and that data gives extra flexibility for Nokia’s processing to work with. 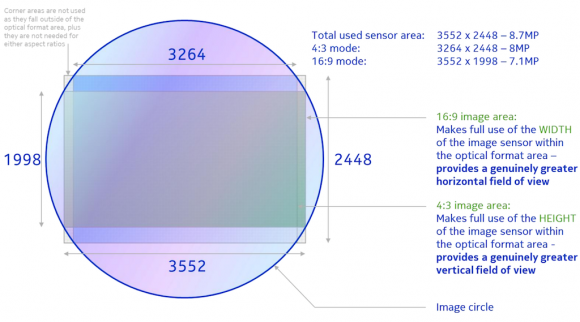 So, the original PureView system was never intended to produce 41-megapixel images (in fact, it technically couldn’t: the sensor may have had that many, but captured either 38- or 34-megapixel images at most, depending on whether they were 4:3 or 16:9 aspect ratio). Instead, it used pixel oversampling: combining the data from, say, seven pixels in close proximity on the CMOS, for a single pixel in a roughly 5-megapixel end image.

By comparing what light seven pixels have captured, PureView can iron out any glitches – say, pixels that erroneously see more light than they should – and get a more accurate result on things like color, brightness, and other imaging detail. That makes the final photo more accurate too.

But does it work?

Nokia’s 808 PureView proved that it does. The bulky 2012 smartphone may only have really found buyers among true converts to the PureView system, but that was more down to it being Symbian’s last real hurrah than any shortcomings in the camera technology. Released while most attention was on Nokia’s Windows Phone efforts, sticking with Symbian was a practical decision rather than a preferable one: PureView had been in development for five years, and Nokia simply wanted to get it out the door.

Sales figures for the 808 PureView haven’t been released, but Nokia never expected it to be a best-seller. Instead, it was more a proof-of-concept for the PureView system, and in that respect it was a roaring success. 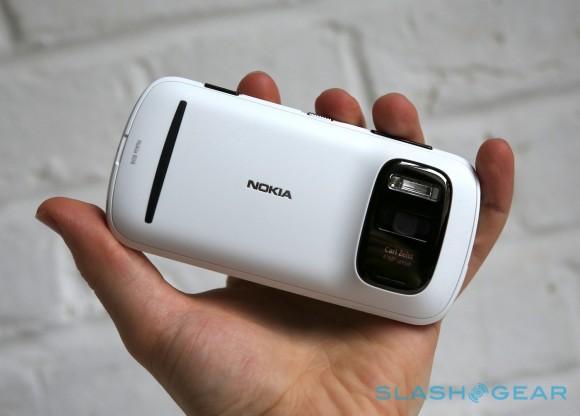 The 808 PureView actually had two different modes. As well as taking photos in the PureView system, it could shoot full-resolution stills; the latter didn’t get any of the benefits of pixel oversampling, but they did show off the core aptitude of the specially-designed sensor. In PureView mode, the 808 produced roughly 2-, 5-, or 8-megapixel photos, but Nokia’s boast was that an image at each resolution would likely out-class a comparison shot from a rival device a megapixel-tier up.

There are sample images in our original Nokia 808 PureView review, but the takeaway is that, for all its faults as a smartphone, as a camera it proved superb. It took no small amount of engineering, but Nokia and its imaging team had come up with a photo experience that rivaled dedicated Micro Four Thirds cameras and above.

What about this lossless digital zoom?

Pixel oversampling is only one way to use all those extra megapixels. The other, Nokia decided, was to create a zoom system with the best of both optical and digital methods. For photographers, optical zooms are generally preferable, since they don’t result in any quality loss. Digital zooms, in comparison, don’t need any moving lenses, which makes them more straightforward and less prone to damage, but since they basically enlarge a portion of the frame, you end up with a picture at half the quality for every 2x you zoom in. 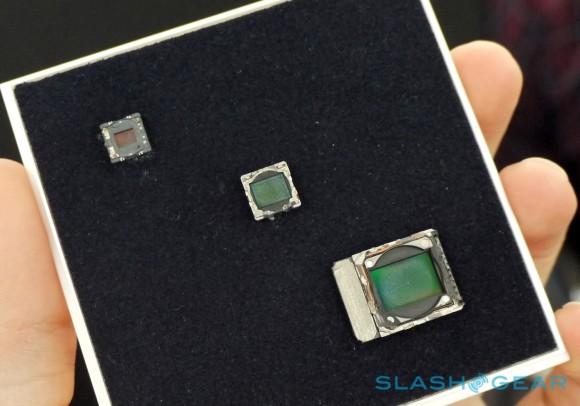 PureView allows for a digital zoom with no loss in quality and no extra moving parts. It’s easiest to imagine it as a progressive cropping of the full-resolution image the sensor is capable of: taking, say, a 5-megapixel section out of a maximum-resolution still. The 808 PureView topped out at 3x digital zoom, since that was the level Nokia could reach before it would have had to start enlarging the picture and thus losing quality.

For PureView purists, there’s the “golden age” of the technology and then a dark period where simply the name – but not the true magic – has been used. Nokia was keen to carry over the halo effect of PureView to its Windows Phone range, and so the Lumia 920 became the first device to bear the brand, even though it didn’t have a 41-megapixel sensor.

Instead, the Lumia 920 used a new type of lens assembly, aiming to deliver better quality images than rivals but using a different system again. The Lumia 920 has optical image stabilization, by physically suspending the sensor on a moving jig that can be quickly shifted as the user’s hand shakes. By ironing out those judders, the end picture can have less blur; it also makes for better low-light performance, as the Lumia 920 can use longer shutter speeds without worrying about shake. 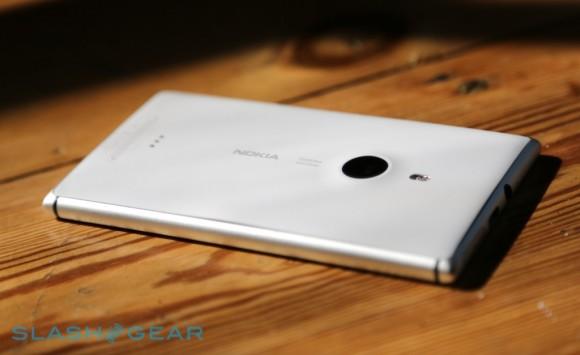 The same system was used on other Windows Phones, most recently the Lumia 925, and Nokia actually described the system as the “second phase” of PureView, pushing the term to refer to a more over-arching attitude toward mobile photography than the system we’d been wowed by on the original 808. In a white paper [pdf link] on the technology, the company argued that its OIS sensor could, with 8.7-megapixels, deliver the same sort of quality as had been achieved with the 41-megapixels of the first phone.

However, the lack of oversampling and the complete absence of a lossless digital zoom left many PureView converts unconvinced by Nokia’s more recent use of the name. For them, PureView means packing in the pixels, just as the 808 demonstrated.

So why hasn’t everyone slapped a massive sensor in their phones?

The clue is in the question: the 808 PureView’s sensor was physically huge, since Nokia realized it would need a 1/1.2-inch, 7728 x 5368 CMOS in order to deliver on the 3x optical zoom goal it had set itself. That made for a materially bigger handset, since the large sensor also had to be paired with lenses with sufficient focal length.

Even with a custom Zeiss lens assembly, the 808 PureView turned out to be a big device. Not quite as large as the average compact camera, but not far off, and in a world where slimline smartphones still command a premium, the chunky PureView system looked old-fashioned despite its cutting-edge guts.

Instead, we’ve seen other manufacturers follow different routes to improve mobile photography. Samsung, LG, and Sony, for instance, have chased higher and higher resolutions, each with 13-megapixel models on the market (and Sony expected to have a 20-megapixel phone next). Obviously, more megapixels means more data, but if you’re aiming for a phone that isn’t unduly bulky, it also means the pixels themselves have to be small and densely packed onto the CMOS. That can cause issues when it comes to low-light performance, as you end up with lots of pixels grabbing very little light in each exposure. 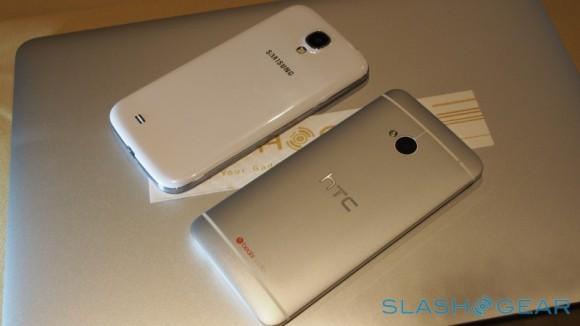 Another route is HTC’s with the One. Dubbed UltraPixel, it echoes Nokia’s decision to ‘maximize the buckets’ but does that with bigger individual pixels rather than a bigger overall CMOS to accommodate more of them. So, the HTC One has a mere 4-megapixel sensor, but where the average phone camera of twice the resolution would have roughly 1.2 micron pixels, those in the One measure in at 2 microns. That might not sound much, but it means considerably more light, allowing for faster shutter speeds or, thanks to the inclusion of optical image stabilization, longer exposures without blur for bette low-light shots.

In the short term, it’s the Nokia Lumia 1020, codenamed “EOS”, and widely expected to be the first Windows Phone to use “proper” PureView. A new 41-megapixel sensor and lens assembly is predicted, with Nokia using what it learned from the 808 PureView to slim down both components and make for a phone that’s not outlandishly large. It’ll still be on the bulky side for a modern smartphone, most likely, but not the pocket-buster the 808 was.

Beyond that, it’s all about light. PureView’s goal is getting as much light as possible, and Nokia is already investing in the next-generation CMOS technologies that will allow it to do that. One such example is the array camera system developed by Pelican Imaging, which clusters 25 sensors and lenses into a single unit. 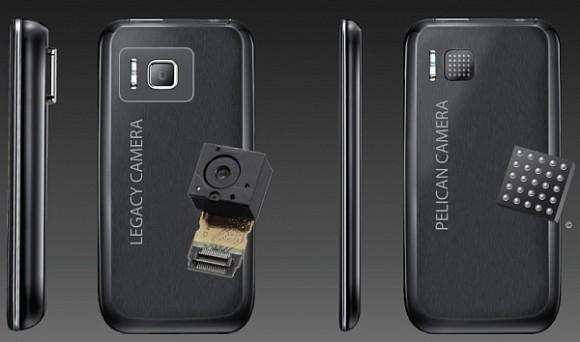 The advantage of Pelican’s camera module is that as well as combining the raw data from each sensor into a single frame, traditional PureView style, it can also be used to create 3D images, photos that can have their point-of-focus changed after they’ve been captured, and elements of the frame digitally excised without any loss in overall quality.

Then there’s so-called quantum-dot sensors, developed by Nokia-invested InVisage Technologies. They throw existing CMOS out the window, replacing them with a so-called QuantumFilm sensor that’s hugely more sensitive to light. In fact, InVisage claims, its QuantumFilm sensors can capture as much as 95-percent of the light that falls upon it, versus around 25-percent for a standard CMOS.

That could mean 4x sharper sensors with twice the dynamic range, but in a smaller overall package. Even the reduced bulk of 2013’s PureView could be slimmed down further again by junking the CMOS and replacing it with QuantumFilm sensors. Pair it up with advanced software processing, such as the Scalado technology Nokia acquired the rights to in 2012, and you have a new age of what Nokia calls “computational photography”, where the point where the image is captured is no longer the end of how the raw data is processed.