The Nokia Lumia 1020 is a smartphone with a 41-megapixel camera introduced by the company with intent on having it carried by AT&T here in 2013. This device works with a unique blend of abilities, tending not only to the massive photos produced when it takes 34MP and 38MP photos, but 5 megapixel photos as well. And why would Nokia suggest taking 5 megapixel photos when they’ve got a 41 megapixel sensor on this camera? It’s the sweet spot!

As suggested by Nokia’s own in-depth talks on the subject, the “sweet spot” in 5-megapixels exists for both image quality and for sharing purposes. You can print this size photo up to A3 side with ease and they’re well and above high-quality enough for slapping up on Facebook and Google+. The key with Nokia’s release of the 1020 and the 41MP / 5MP tie in lies in one word: Oversampling.

This is not a brand new concept for the camera industry – it’s not even new to Nokia, if you consider devices like the Nokia 808 PureView – but what’s happening with this device is a rebirth of efforts in the space. We’ll be having a chat on the possibilities of this setup with “lossless” or high-res zooming-in on photos as well, but for now, it’s all about the “amazing detail” Nokia promises in the everyday common 5 megapixel size shot.

The image you’re seeing below is one coming straight from Nokia’s white paper on the subject, suggesting that their technology kicks 5 megapixel photos into gear. With Oversampling – capitalized here so you know it’s Nokia’s unique software attacking the situation, in this article, you’re in for a very obvious different league with clarity.

Nokia suggests that with the technology appearing in the Nokia Lumia 1020, you’ve got a high resolution sensor bringing in one whole heck of a lot more information for images than what’s offered with a “standard” 5 megapixel sensor. That makes sense on a very basic level – you’ve got a more megapixels, so you have a better photo, right? It’s not quite that simple, actually, and it’s not just dependent on the number of megapixels either. 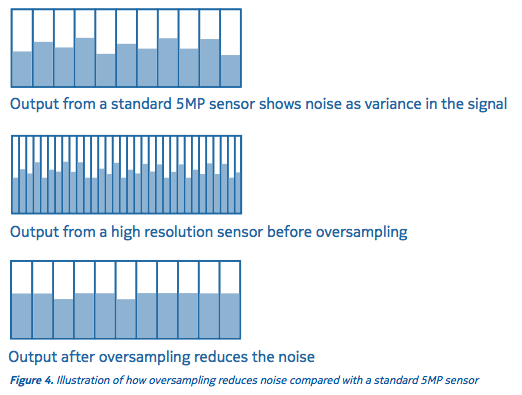 The big difference between a standard 5 megapixel shot and one produced by this new system from Nokia is in the amount of image data spread out across the photo. A standard system – here referring to technology appearing in basically every device in the market through history, especially in smartphones – takes, for example, “5 megapixel” photos but does not work with 5 million pixels of independent data.

Am I having deja-vu?

This system is extremely similar to what’s been described and implemented by HTC this year with the HTC One. In their case it’s called “UltraPixel” technology, and it’s created a device that’s been held in high regard for its photo capturing abilities, even with what the company calls it’s 4 UltraPixel (or 4 megapixel) camera on its back. Have a peek at our SlashGear 101: HTC UltraPixel Camera Technology post for more information on that alternate vision. 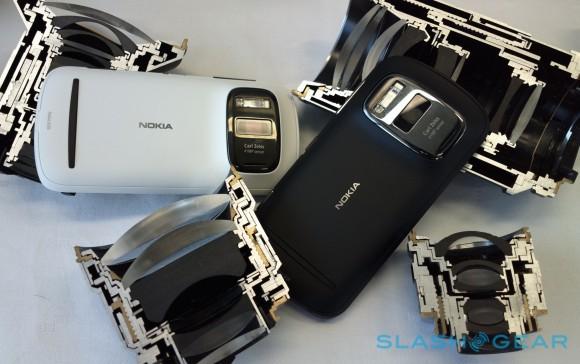 You’ll also be able to find more information on the brand-name PureView from our SlashGear 101: Nokia PureView considering the Nokia 808 PureView as well. Keep it all straight and you’ll do a lot better than the vast majority of lay people in the public – good luck!