SEAT’s fetching hatchback EV concept has been given the green-light for production, crossing over to the automaker’s performance brand as the CUPRA el-Born as it heads to dealerships. Unveiled late last year, the electric city car was intended to show SEAT’s vision of how it could use VW Group’s MEB EV platform for something affordable but also fun.

That meant no big compromise on either range or performance, though at the time SEAT was relatively tight-lipped on whether the el-Born would be its first MEB-based electric offering. For the CUPRA el-Born, things have changed a little.

Most noticeably, there’s a new fascia. Gone is the Model 3-esque flat face of the original concept car, with a more aggressive, sculpted grille in its place. Combined with scowling headlamps and a contrast lower air intake, it leaves the el-Born looking a lot more imposing – not to mention memorable.

The rest looks much closer to the concept EV, including the love-it-or-hate-it floating C-pillar conceit which is starting to feel played-out in the automotive world. It should be a fairly practical car, though, with the wheels pushed out to the corners to maximize cabin space. 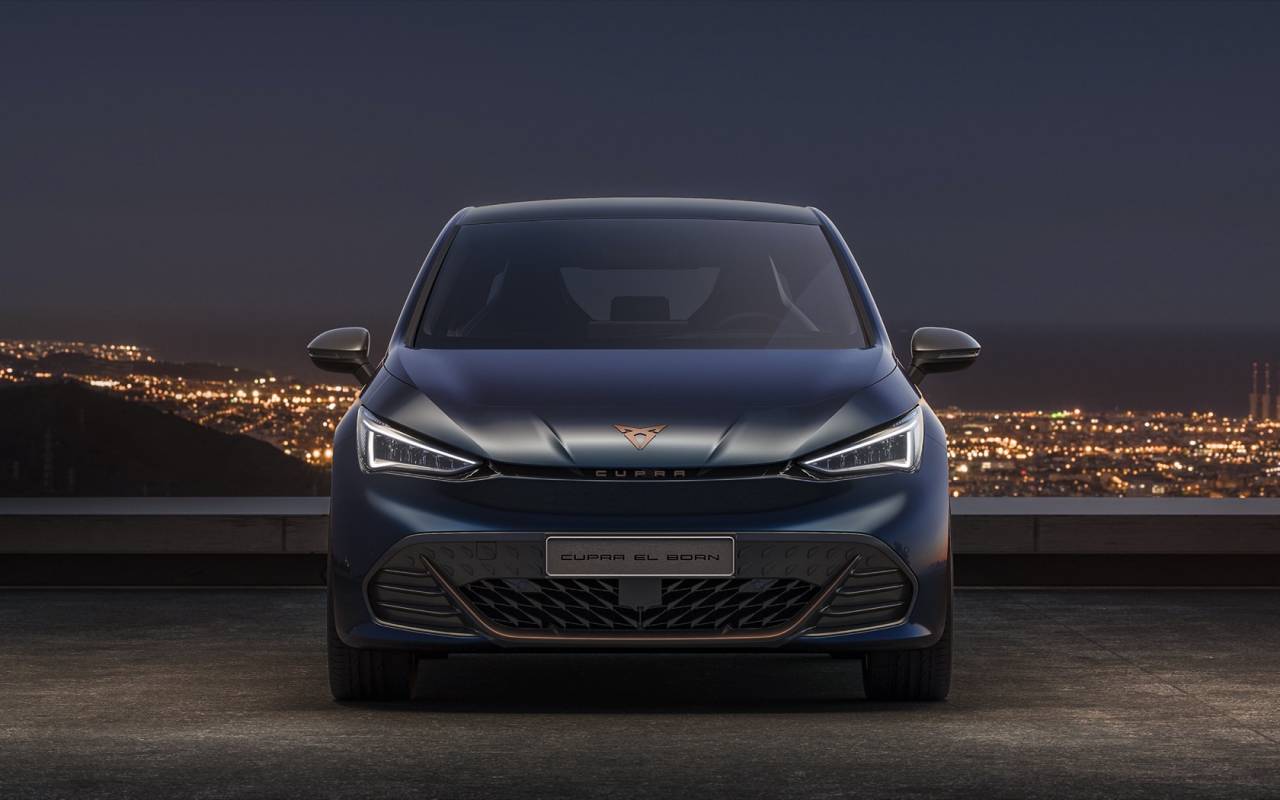 As for performance, CUPRA is playing a little coy with all the numbers. 0-31 mph will come in 2.9 seconds, the automaker says, though 0-60 mph isn’t being shared yet. For context, the original el-Born concept was said to be good for 0-62 mph in 7.5 seconds, with 150 kW or 201 horsepower.

New, though, is the Dynamic Chassis Control Sport (DCC Sport) system, which CUPRA says was specifically developed for its el-Born. The goal there was more dynamic driving, the automaker suggests. 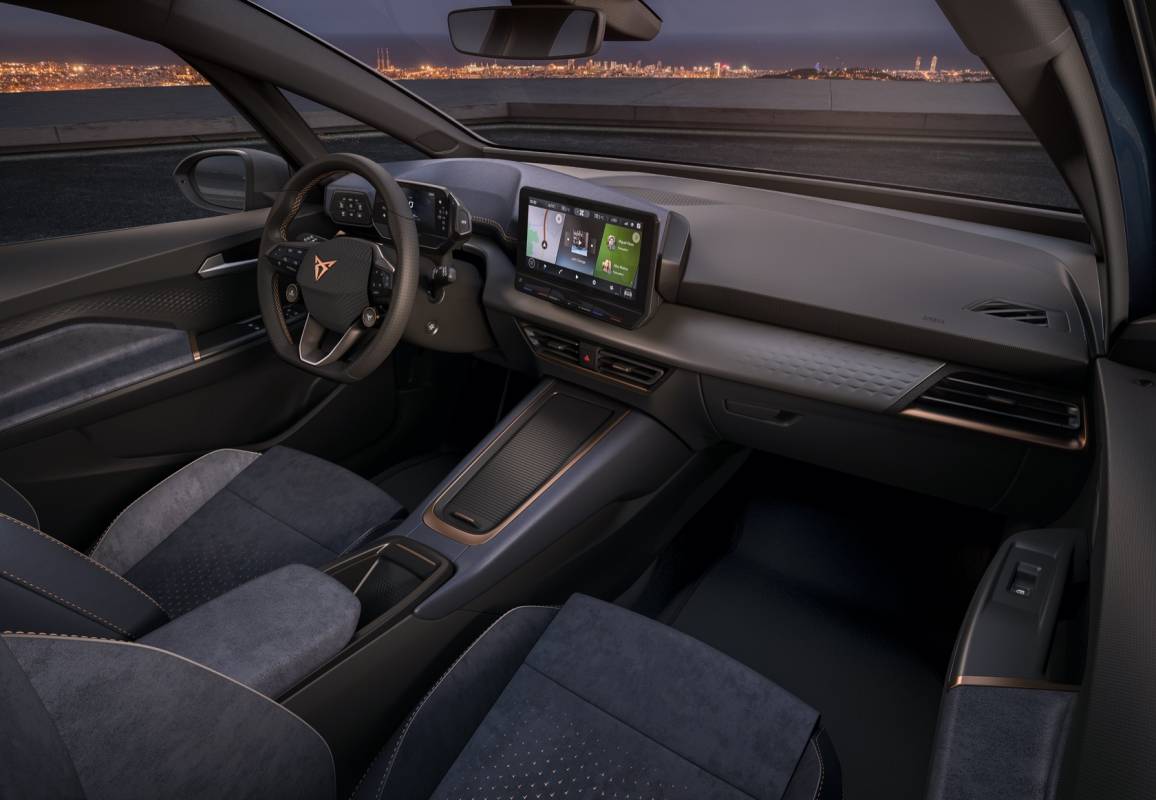 The cabin will have sports bucket seats, a head-up display with augmented reality, and a new steering wheel design with Drive Profile Selection and CUPRA mode buttons. There’ll also be a focus on sustainability, CUPRA promises, including unspecified recycled materials. The VW ID.3 looks to have donated at least of its switchgear and interior tech, which is no bad thing. 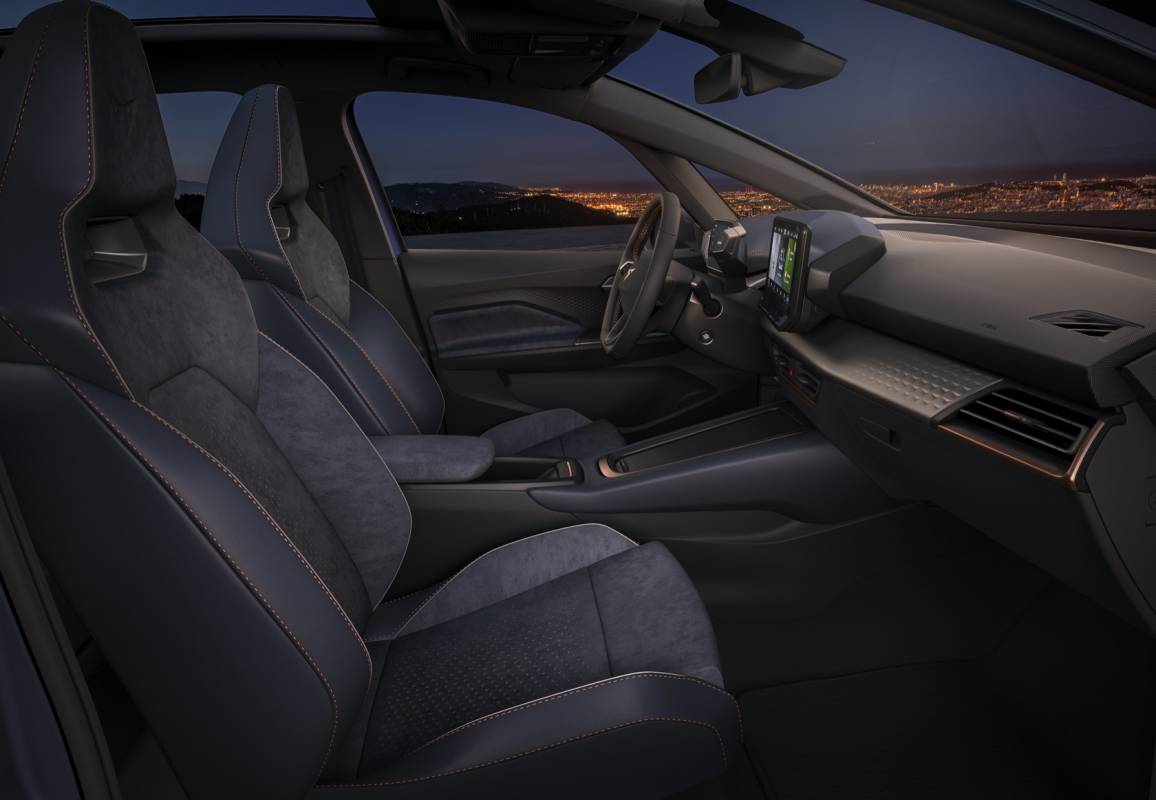 Sadly, like with the ID.3, there’s no sign of the el-Born coming to the US. Volkswagen Group’s first MEB-based model for North America is expected to be the ID.4 crossover, the small SUV believed to resonate best with driver tastes in the market. With production of the CUPRA el-Born kicking off at VW’s Zwickau factory in time for a 2021 launch, that seems a missed opportunity given the relative shortage of truly affordable compact EVs on American roads.