Samsung’s big curved gaming displays are getting an upgrade, with the new 2021 Odyssey Neo G9 finally having a price tag attached. Announced back in March, the new gaming screen certainly isn’t scaled for diminutive desktops, with a 49-inch ultra-wide panel that’s the first to offer curved Quantum Mini LED.

It’s the successor to 2020’s Odyssey G9, and that was hardly an understated screen. For 2021, though, as well as the 1000R curvature – which allows the panel to wrap around you slightly as you game (or, for that matter, as you hammer through spreadsheets) – there’s also the judicious application of Mini LED Technology. 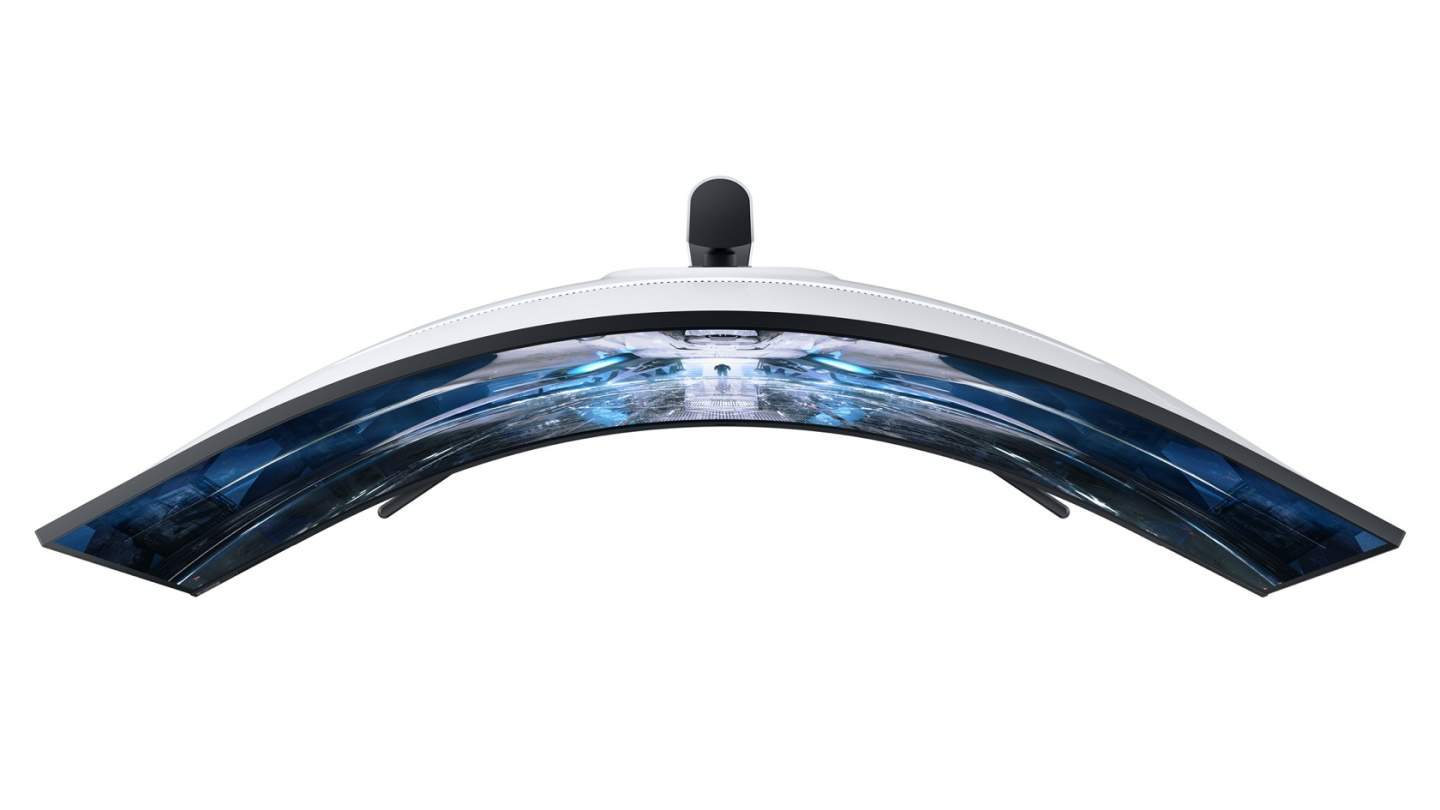 That’s the same system that Samsung uses in its new Neo QLED TVs, albeit on a (slightly) smaller scale. Considerably smaller than traditional LEDs, it allows Samsung to squeeze in a lot more overall. 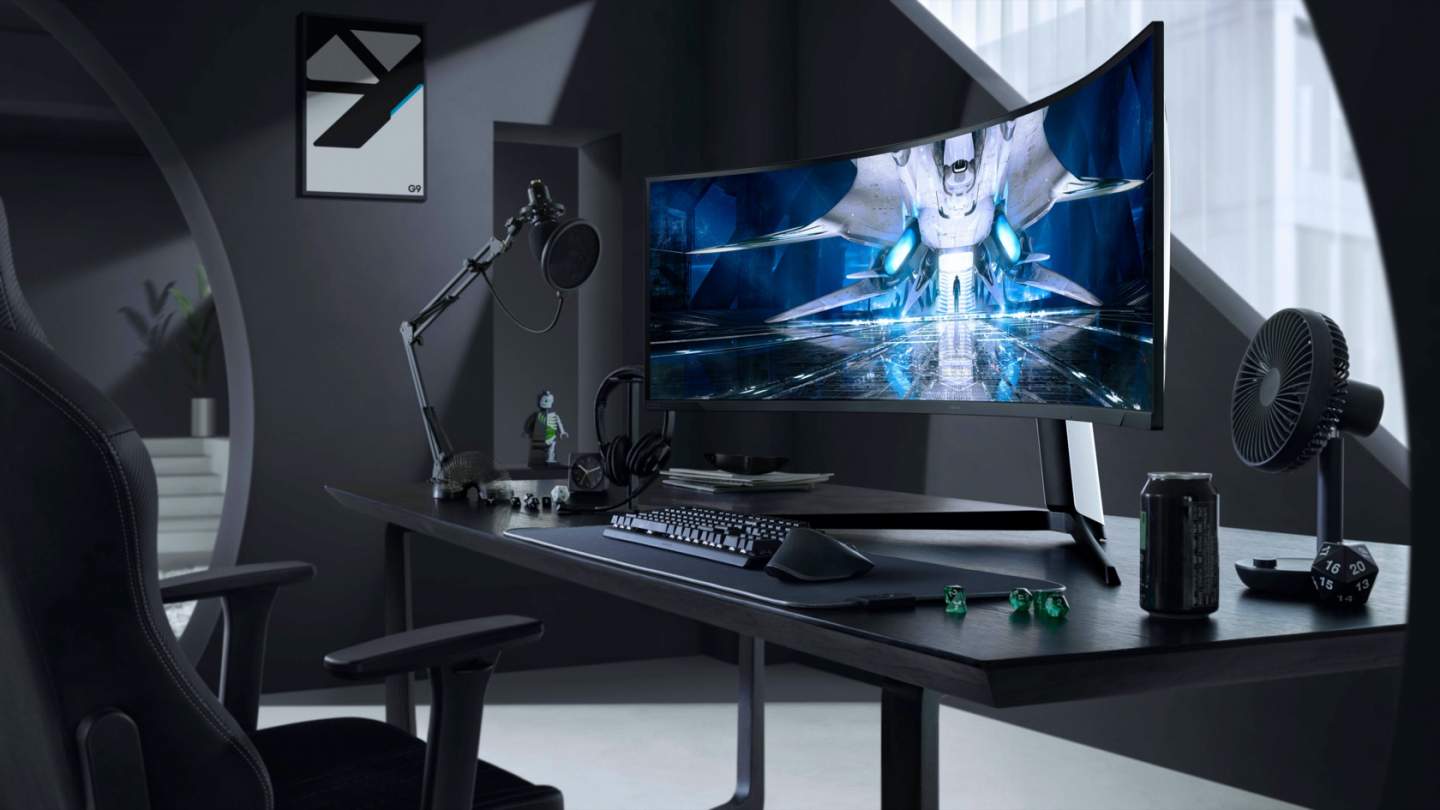 There’s also Samsung Quantum Matrix Technology, with 12-bit gradation for more refined control over the individual LEDs used in the backlighting. There are 2,048 dimming zones altogether, allowing for broader contrast and brighter performance overall. Samsung says that the Odyssey Neo G9 cranks up to 2,000 nits of peak brightness, while its static contrast ratio is 1,000,000:1. 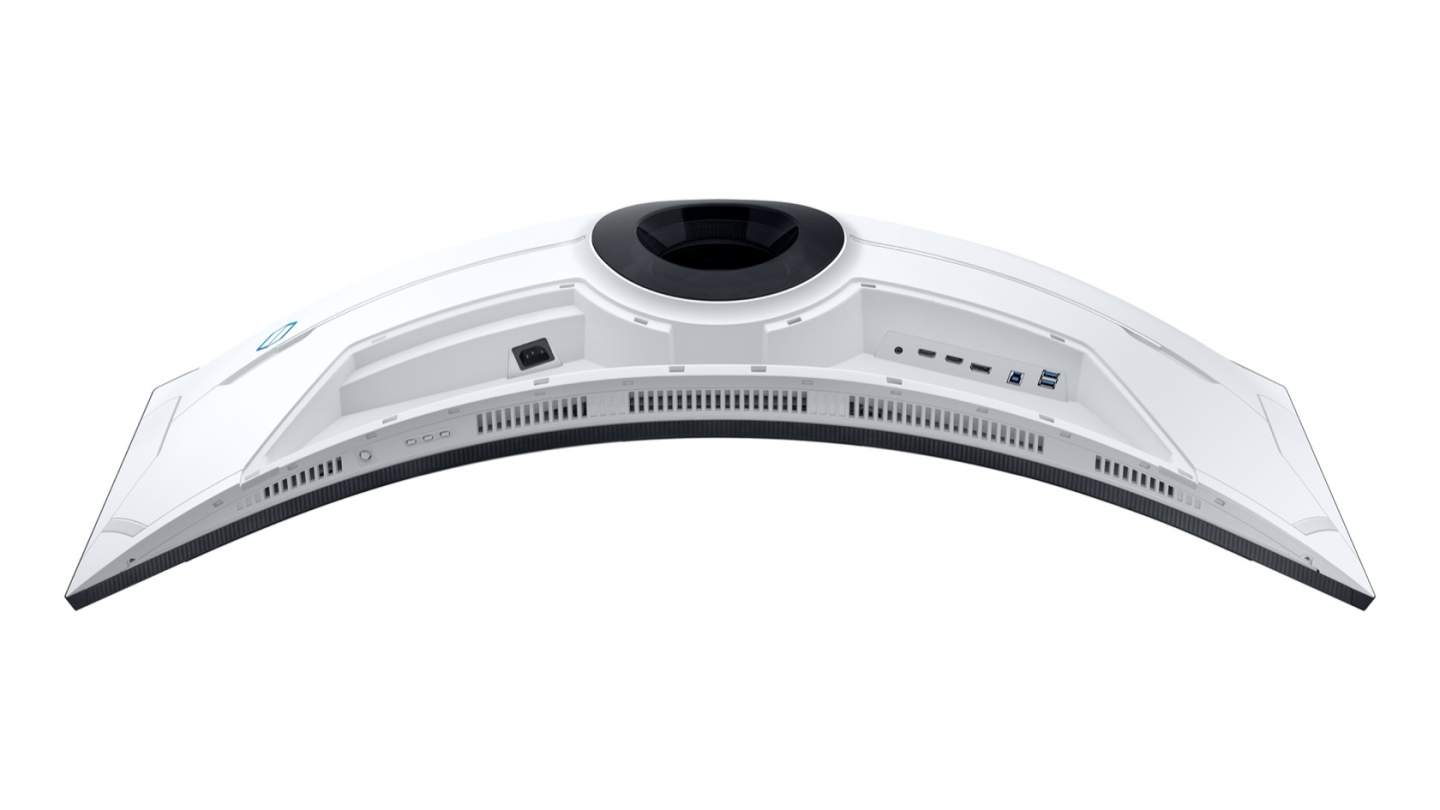 Connectivity includes two HDMI 2.1, with support for Variable Refresh Rate (VRR), plus Adaptive Sync on a DisplayPort 1.4. There’s also NVIDIA G-SYNC and AMD FreeSync Premium Pro support, depending on your graphics card of choice. A headphone port and two USB ports round things out.

The gloss white casing is paired with Samsung’s “infinity core” lighting, with 52 colors and five lighting effects on the back. CoreSync, meanwhile, has a customizable multiple color mode. While the stand supports tilt and swivel, there’s also VESA 100 mounting support if you’d rather float the whole thing over your desk with something like Ergotron’s HX Monitor Arm with HD Pivot. 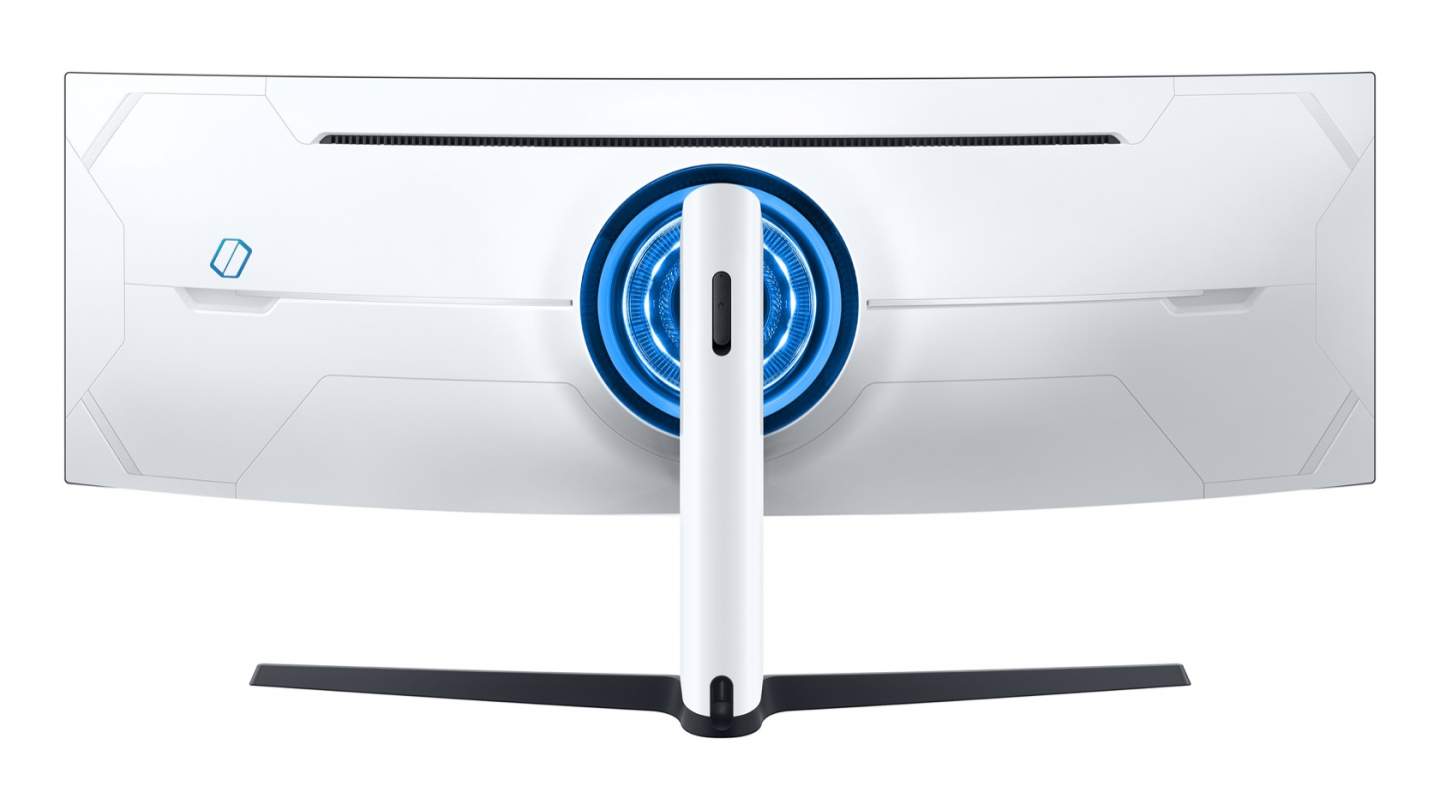