Looks like Samsung will really be emphasizing the “prime” in the rumored Samsung Galaxy S5 Prime variant. Aside from a 2K resolution display, the premium version of the flagship is now believed to also sport an aluminum covering, at least according this set of leaked photos and videos.

Word of a Prime version of the Galaxy S5 started back when the smartphone failed to launch with the QHD display that everyone was expecting. Rumors escalated when LG was said to also be preparing its own QHD smartphone, the LG G3 that is already scheduled to be unveiled May 27th. Given the rivalry between these two companies, as seen in the Galaxy Round versus G Flex, this might actually come to pass. 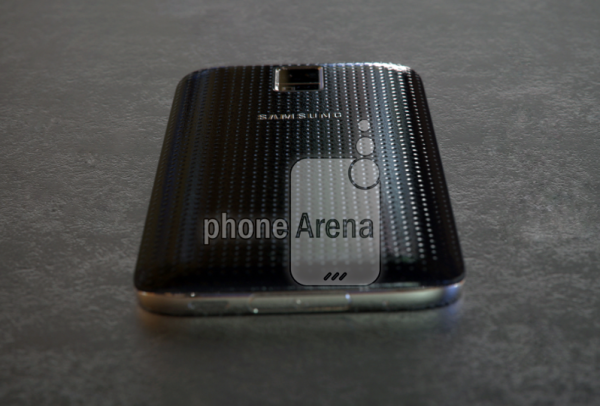 But more than just a high resolution display, it seems that Samsung will also be changing its tune a bit when it comes to the material used for the Galaxy S5 Prime. Instead of the usual plastic, recent leaks reveal the Korean manufacturer going with an aluminum finish. And it won’t just be “fake” aluminum of some sort, like the faux leather used in the Galaxy Note 3. This one is true aluminum, from side to back, as the video below shows. It even comes in a golden color to give off an even more premium look.

A second video goes into the software to verify the exact model of this golden aluminum wonder. Clearly revealed by several benchmark tools and even Android’s own Settings app is the model G906A, which has already been associated with the Galaxy S5 Prime. Even that Settings app betrays the device name as a certain Galaxy S5P, where we can only presume “P” to stand for Prime.

These leaks are noted to be those of a preproduction model, so there is still a possibility that the final product diverges a bit from this one. However, it will still be interesting to see if Samsung will really manage to pull off such a drastic change in design. It will be even more interesting to watch the public’s reception to this smartphone, especially from those who have just bought a Galaxy S5, which isn’t exactly a cheap investment.