Industry analyst Paul Mueller spoke today on the Samsung Galaxy S II, noting that according to his intel, the device will be coming out extremely soon, and with Verizon as a carrier about a month before anywhere else. He spoke rather specifically, saying that the Galaxy S II would very possibly be in the states in mid August (2 to 3 weeks from now,) and that Samsung would indeed be marketing the device directly against the iPhone.

This device, if our own intel is correct, will be known as the Samsung Function (it being called the Attain and the Within on other carriers later on.) The link just tapped in the Samsung Function sentence also leads back to a story about how Samsung would be speeding up the Galaxy S II to 1.4 Ghz (dual-core, of course) to compete against whichever iPhone would be out during its lifespan. Mueller spoke today thusly:

I’m not sure about the exact date, but I’ve been told that August 12 is a possibility. It will arrive first on Verizon and then the rest of the carriers within a month. Samsung will market this directly against the iPhone 5,” says Mr. Mueller.

It’s generally understood that a single word that comes from a trusted source, that is two sources deep, is beginning to be spread thin as far as trustworthiness, but this is essentially the greatest Android device to be released since the dawn of Android, and two weeks is just too good to be true! August 12th at Verizon, here we come! 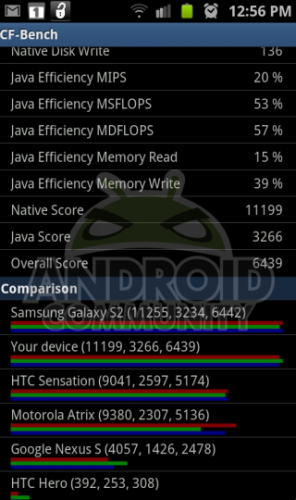 Meanwhile check out our original review of the Galaxy S II by Chris Davies.