Folding phones like the Samsung Galaxy Fold and Huawei Mate X certainly have geek-appeal, but how exactly are they meant to improve everyday life? That’s the question Samsung has set out to at least begin to answer with its latest Galaxy Fold video, a sort of day-in-the-life of an owner of the upcoming flagship foldable.

Certainly, there’s no shortage of tech early-adopter kudos to be had by being among the first to own a Galaxy Fold. For a start it’s expensive: $2,000, in fact, when it goes on sale in April 2019. That’s assuming you can even find one, with Samsung said to be planning relatively limited availability for the Android smartphone.

Geeking out over the ability to fold a display in half and not have it snap, though, only gets you so far. While Google and Samsung have demonstrated before how Android will accommodate apps transitioning between the Galaxy Fold’s external display and its internal touchscreen, along with shifts in aspect ratio, that’s more of an encouragement for developers. What’s been absent is a real selling point which makes the case for folding devices being the next big thing in smartphones.

Going by Samsung’s latest video, that justification is multitasking – and portability. The clip shows a Galaxy Fold user going through different stages of the day, making video calls, checking maps, and consulting documents, all while switching between the outer screen and the larger, folding display inside. Later on, they use the large panel to frame a group photo, after having slotted the folded phone into their back pocket.

Obviously it’s a somewhat idealized vision of what daily life with a Galaxy Fold might look like. Just how many people actually regularly make video calls – and need to consult documents on their smartphone at the same time – is unclear; whatever the number might be, it seems fair to say it would be a niche use-case.

Similarly, being able to consult an ingredient list, a timer, and a YouTube video recipe simultaneously may very well be beneficial to those who view their smartphone as their sous-chef. Nonetheless it does raise the question of whether $2k is silly money to spend on what’s effectively serving as a mini-tablet. 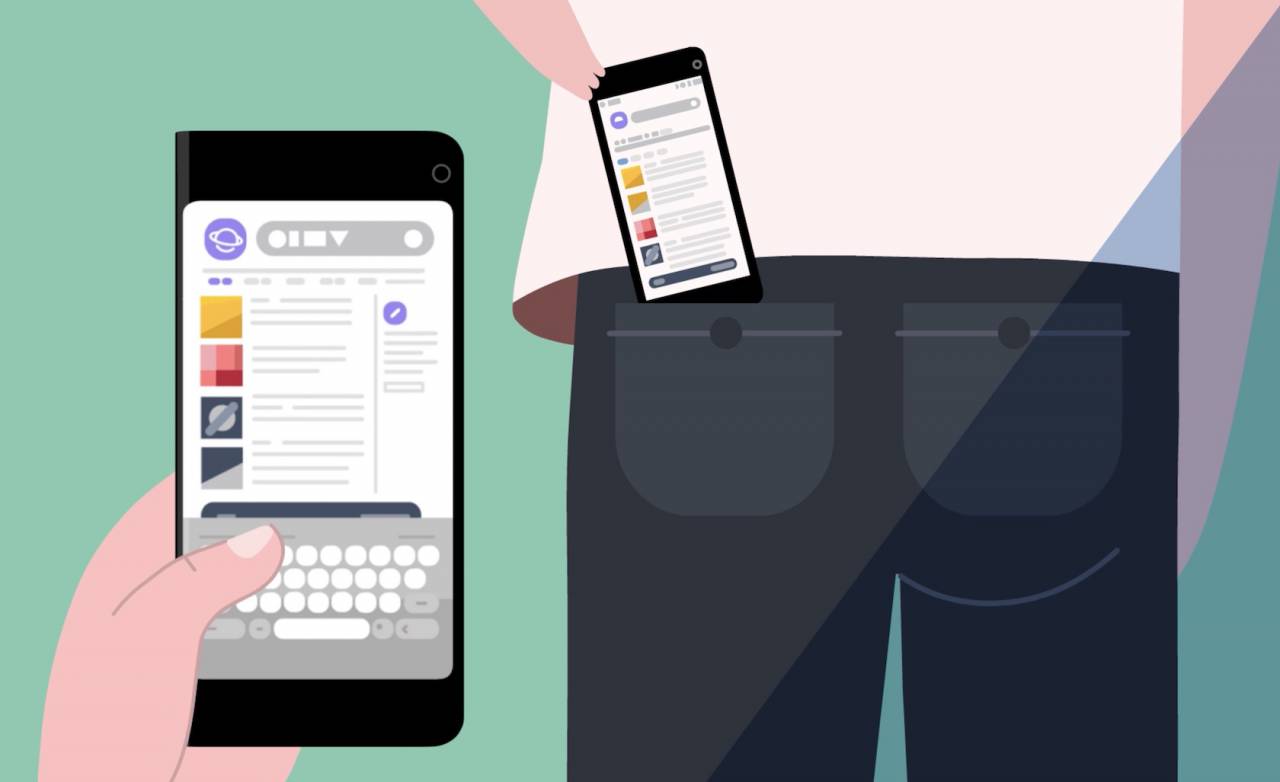 In fact it could well be fair to say that the “killer app” for foldable phones still isn’t known, and it may well not arrive – if at all – until devices are in consumers’ hands and developers get an idea of how they’re being used and the use-cases opening up from them. Early adopters (and their wallets) will bear the brunt of that figuring-out period, as usual, but now seems like a good time for Samsung and others hoping to push the form-factor to weigh in with why, exactly, we should plan on putting a folding phone in our pockets or purses.