Samsung’s Galaxy Chromebook 2 has arrived in US stores, offering a more affordable price point – but the same splash of color – as last year’s Galaxy Chromebook flagship. Announced at CES 2021 in January, the newest Chrome OS notebook is the first to pack a QLED screen, with the display technology making the leap from Samsung’s Windows laptops.

It’s a 13.3-inch Full HD panel, with 100-percent coverage for the DCI-P3 color space, and support for an optional USI (Universal Stylus Initiative) digital pen for those who want to do handwritten notes or sketching. Alternatively, the touchscreen can be used with fingers as normal.

Inside, there’s a choice of Intel Core i3-10110U or Celeron 5205U processors and Intel UHD graphics. The Core i3 comes with 8GB of memory and 128GB of storage as standard, while the Celeron version has 4GB of memory and 64G of storage. Both have a microSD slot for adding more onboard storage capacity.

As for connectivity, there’s WiFi 6 802.11ac, Bluetooth, two USB-C ports, and a headphone/microphone combo jack. Samsung baked in twin 5W speakers and a 720p HD webcam, too. The 360-degree hinge allows the screen to rotate all the way around for tablet use.

For battery life, Samsung’s estimate is up to 13 hours, though that’ll of course depending on what you’re using the Galaxy Chromebook 2 for. The notebook itself tips the scales at 2.71 pounds and is 13.9 mm thick, made of anodized aluminum. 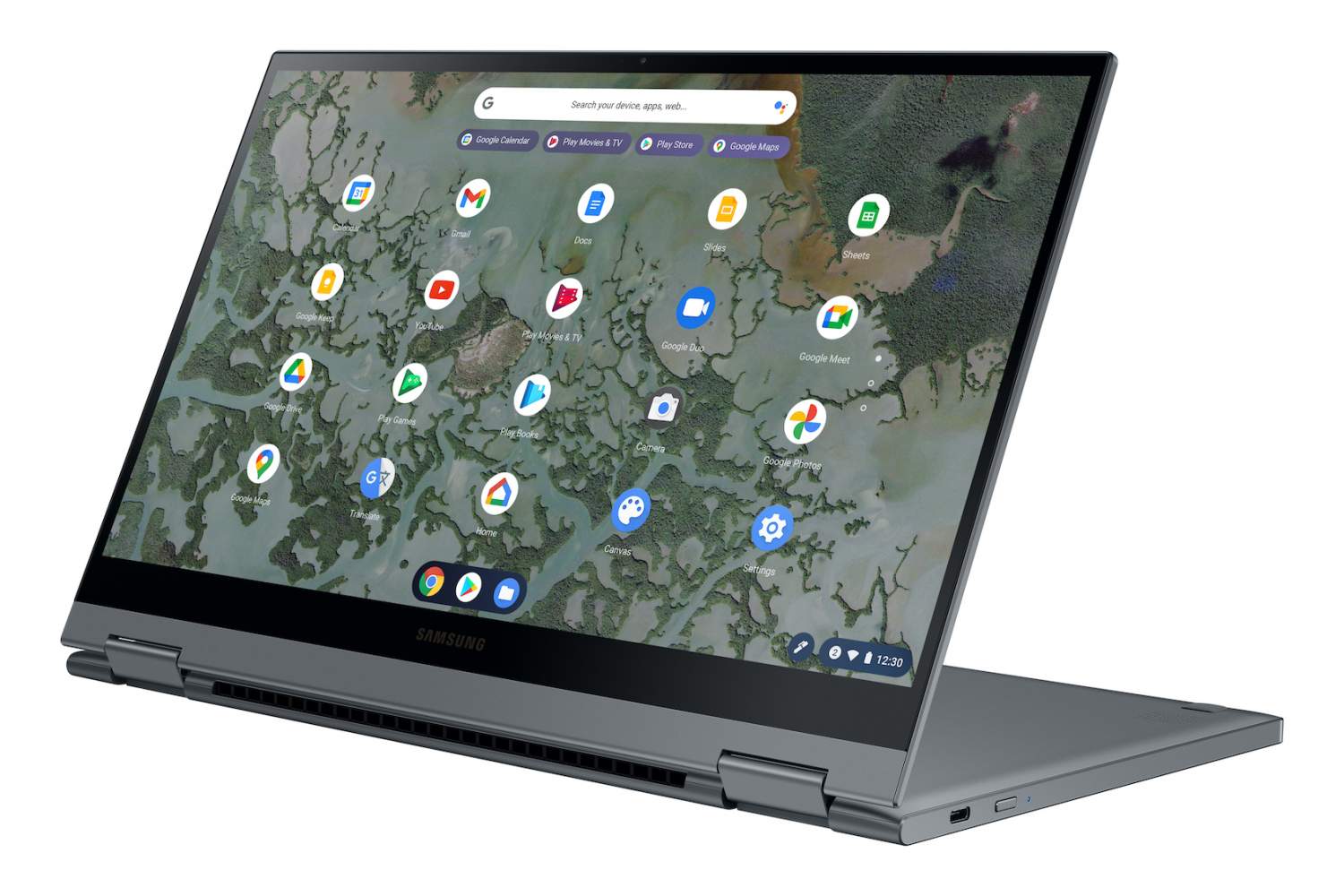 Importantly, this newer version joins, rather than replaces the Galaxy Chromebook that Samsung launched in early 2020. That model – with its AMOLED screen and an Intel Core i5 processor – remains on sale, priced from $799 with 256GB of storage, and coming complete with a digital stylus.

The Samsung Galaxy Chromebook 2 is available to order now, from $549.99 for the Celeron or from $699.99 for the Core i3 version. Both are available in Fiesta Red and Mercury Gray. As for the stylus, the Chromebook will work with any USI-compliant pen, such as those from Wacom; expect to pay around $40-50 depending on model and brand.