The Samsung foldable phone needs to explain “why” not just “how”

If the rumors and teasing is true, Samsung is about to show us its long-anticipated foldable smartphone. Variously known as the Galaxy X or, more recently, the Galaxy F, the folding phone is expected to make its debut – or at least get a preview – at Samsung’s Developer Conference on Wednesday in San Francisco, CA. The question is, has Samsung got more than a hardware showcase for us?

It’s no great surprise that Samsung has the technology to make a foldable display. After all, the company has been showing off prototype panels for some years now. Back in May 2016, in fact, Samsung Display had a rollable screen demo that could coil up and unfurl, hypnotically, over and over again.

The big issue was never really whether Samsung could make a rollable or foldable screen. More important was whether it could make it at scale, and with a degree of quality that would allow it to live up to the typical lifespan – and mistreatment – of the average mobile device. A folding phone will soon lose its luster if the screens show a tendency to crease, or worse still crack altogether.

Even then, though, longevity is just a matter of engineering. A not-insignificant problem to overcome, sure. Arguably, though, no less of a challenge than, say, making 7nm SoCs at scale, or squeezing increasing numbers of megapixels into a smartphone-sized camera module.

No, the biggest hurdle the Galaxy F – and indeed any foldable device – faces is broader than that, and less easy to pin down. Samsung needs not only to demonstrate that it can make such a device, but convince us that it should. Because in the end, while sheer technological trickery may sell some units, the market as a whole needs to be persuaded there’s a point to it. 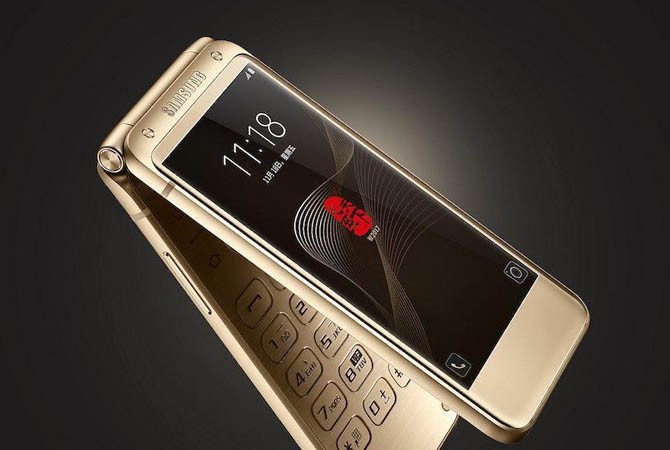 Alternative form-factors have long struggled to gain traction in the smartphone space. Sliders, clamshells, handsets that rotate or flip… they’ve all seen some degree of interest, more or less, but none have made a dent in the regular candybar shape. There’s a lot to be said for a relatively nondescript slab, the majority of one side of which is taken up with display. It’s what people know, and it’s what people trust.

Obviously, a foldable phone has the advantage of more screen to use. One of Samsung’s arguments is almost certain to be that the Galaxy F – or whatever the device ends up being called – could potentially replace both your existing phone and your tablet. Closed, it could occupy a similar amount of space in your pocket to a regular smartphone; opened, its bigger screen could supplant your iOS or Android slate.

How convincing that is will depend on how well the hinge mechanism is designed, of course. If the folded Galaxy F is still bulky – think something along the lines of Microsoft’s hefty Surface Book hinge, only shrunk down to phone-scale – then it may well be too large for most pockets. It has to be easy and quick to operate, and it can’t seem in any way fragile. 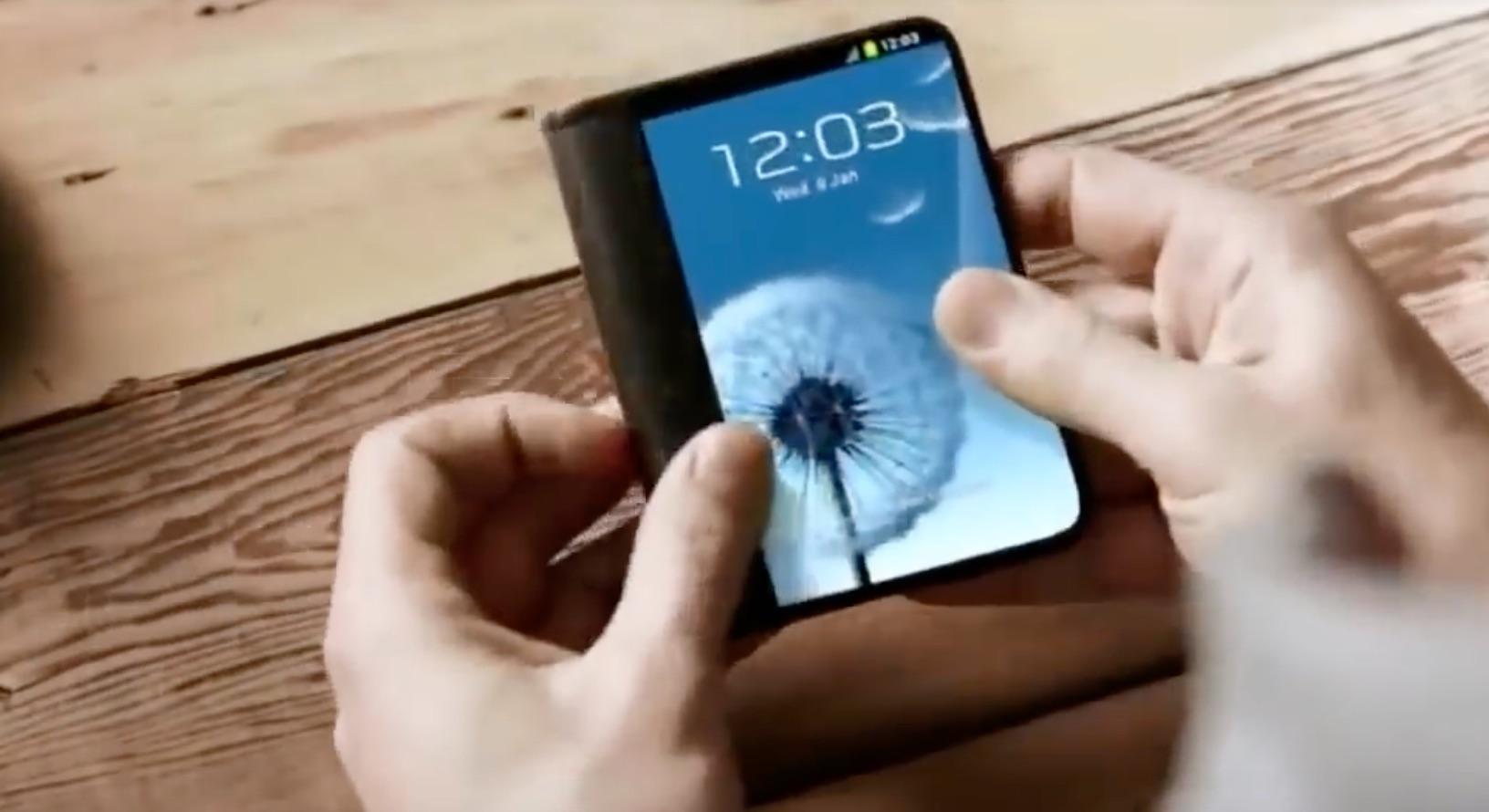 Beyond that, though, there’s the challenge of proving the software is ready for such a screen. We’re expecting the Galaxy F to be Android-based, but it’s not like Google’s smartphone and tablet platform is really set up to accommodate displays that switch between two sizes and two aspect ratios.

As a result, Samsung is going to have to do some work to create software that makes the most of the foldable screen. Something that’s more than just a magnified version of its existing apps, because the appeal of a device like the Galaxy F isn’t just that everything gets bigger. It’ll need to think about text entry, too: a full-width keyboard on a portrait orientation phone is one thing, but a full-width keyboard on a broader device suddenly starts taking up a whole lot of your display.

I admit, the sheer geek-appeal of a folding smartphone triggers no small amount of interest in me. It’s a thoroughly sci-fi affair: a movie prop come to life. I want to believe it’ll not only be mesmerizing in its technological prowess, but functional and practical in its use-cases, too. 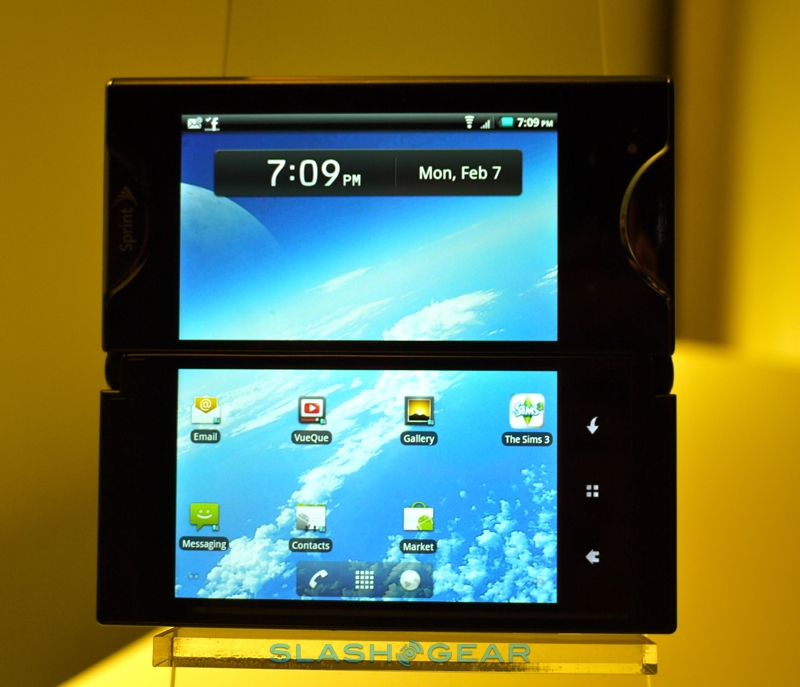 Then, though, I remember early curved smartphone screens, and how device-makers floundered trying to persuade us they were as useful as they were eye-catching. I remember the dearth of good tablet-specific apps on Android, which has undoubtedly contributed to a waning of high-profile tablets running the OS. And, most pressing of all, I remember that first-generation products, even if they get a decent chunk of their to-do list right, inevitably cost a premium that’s too rich for most consumers to stomach.

Samsung can’t afford to show us the “how” of the Galaxy F folding phone, but not explain the “why” to us as well. Without convincing use-cases, and the software to back that up, it’ll be all too easy to dismiss the device as a gimmick.