Samsung AirDresser is like a magic cleaning wardrobe for your laundry

Samsung’s quest to package every chore and household activity into a wardrobe-sized box continues, with its AirDresser headed out to stores to clean clothes without anything so mundane as a washing machine. Announced last year and resembling a tall, narrow refrigerator, the AirDresser uses a combination of air and steam to clean a few items of clothing and then get rid of things like sweat and smoke smells.

According to Samsung, it’s a much quieter process than traditional laundry, not to mention gentler on clothes. Indeed the company claims that you could have the AirDresser in your bedroom and not be disturbed by it. 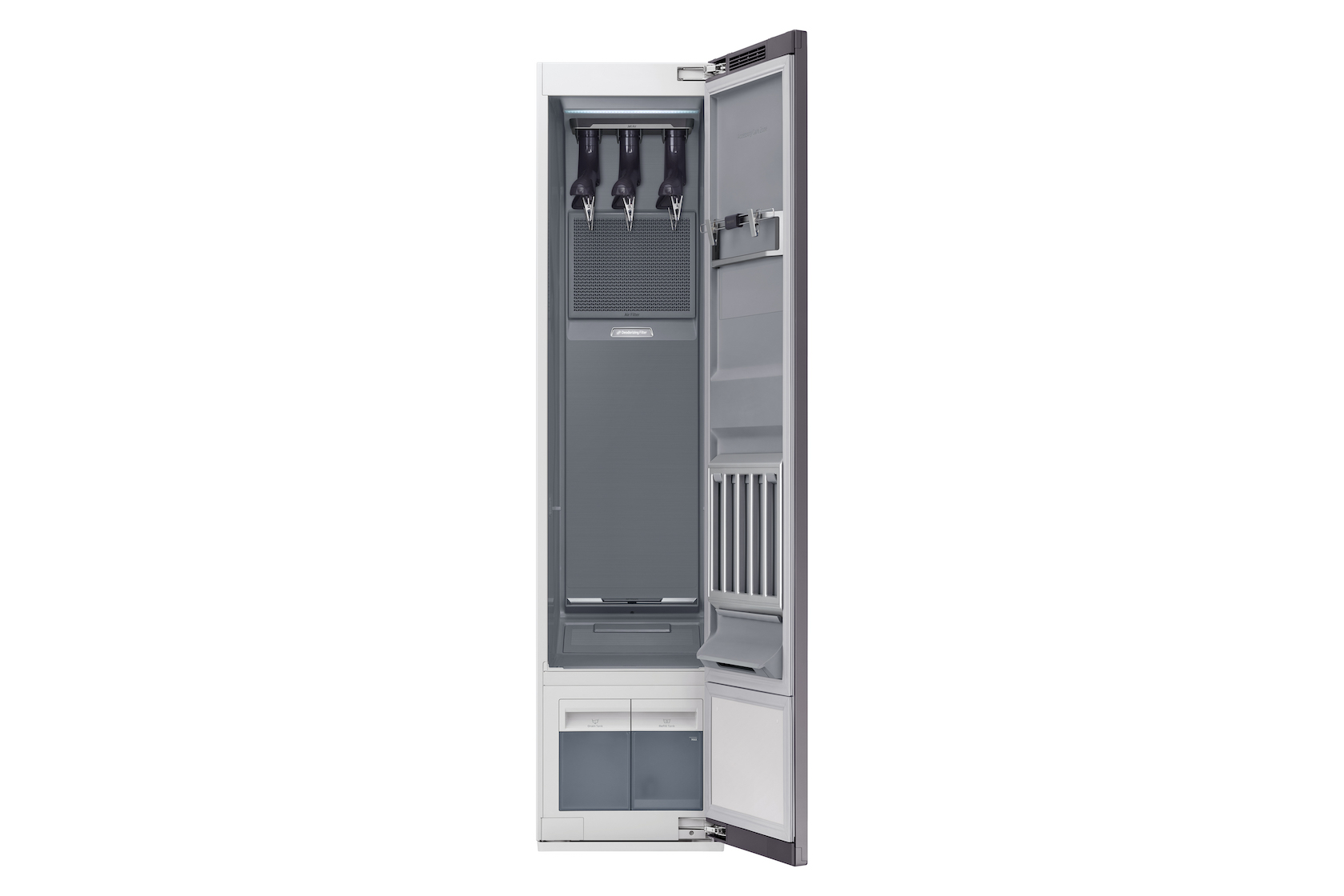 Inside are three “Air Hangers” onto which you hang your clothes. They, combined with a “Jet Air” system, use powerful air jets to loosen and remove dust. JetSteam follows that, with his temperature steam used to kill off bacteria, viruses, and allergens.

Then comes the Deodorizing Filter, which apparently breaks down odor-causing particles from things like sweat, tobacco, and food. A self-cleaning process finishes up by dehumidifying and sanitizing the AirDresser itself. It’s all detergent-free, too, and it’ll act as a dehumidifier for the room. 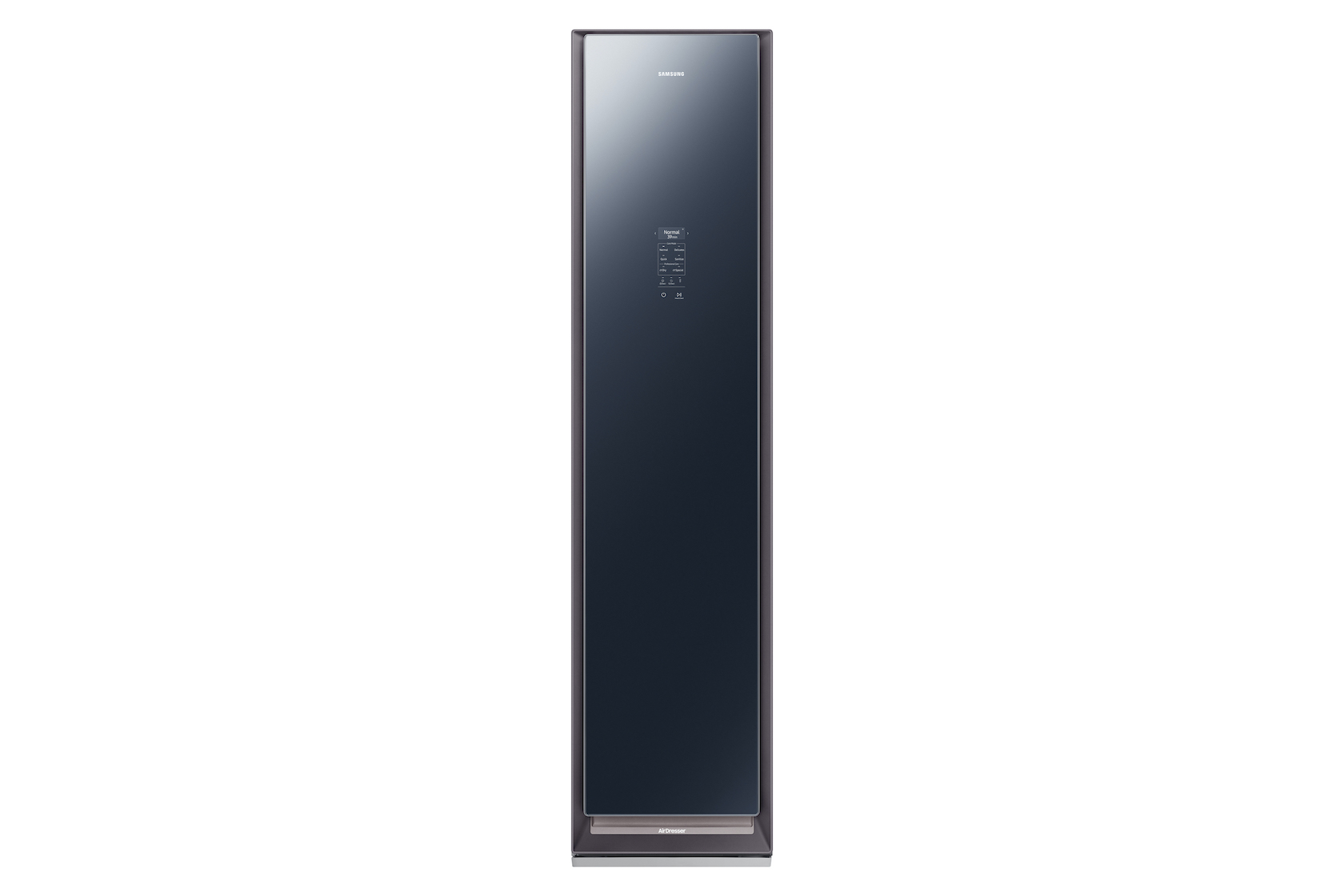 While it may seem excessive, Samsung’s argument is that its magic cleaning wardrobe is actually more efficient than traditional cleaning methods. Running a washer and dryer for just a couple of items is wasteful, the company argues, while dry cleaning can be expensive and use harsh chemicals. Either way, they’re fairly intensive processes which can reduce the lifespan of clothes and outright damage delicate fabrics.

In contrast, the AirDresser can use lower temperatures for drying, and then combine steam and air-flows for a Wrinkle Care mode. It’ll even handle fur, Samsung says, while the sanitizing feature can be used on non-clothing items such as kids’ soft toys. 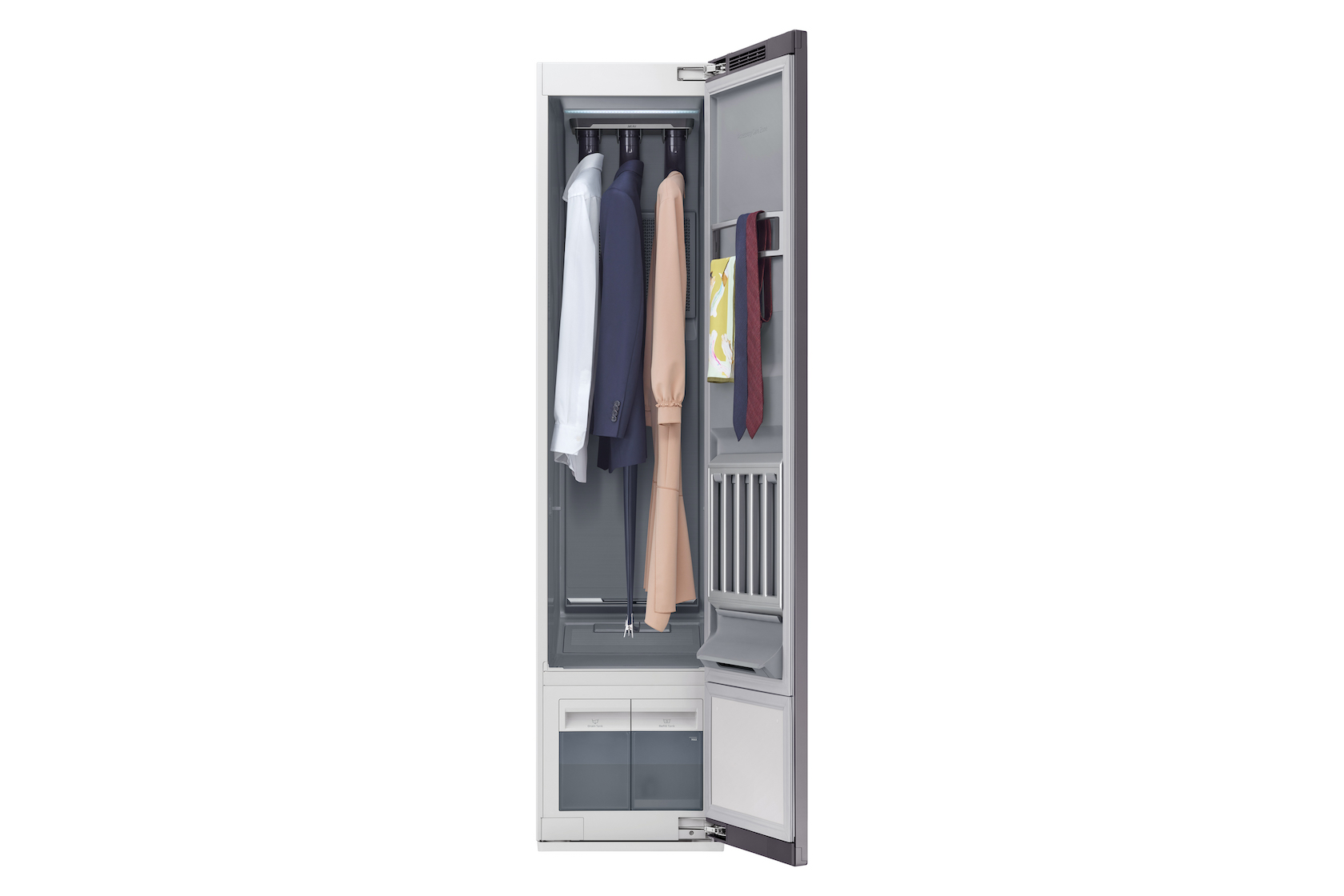 There’s even AI – unsurprisingly, given the tech industry is obsessed with artificial intelligence these days – which promises to learn what clothes you own and suggest the best way of cleaning them. Installation doesn’t need a fixed water supply or drainage, with two portable containers at the base of the AirDresser handling that instead.

Samsung, it seems, won’t be content until it has packaged everything into wardrobe-sized units. As well as its newest smart fridges at CES 2020 earlier this month, it also revealed an Indoor Gardening Appliance which allows you to grow herbs, salad items, and more inside.

The Samsung AirDresser is launching today, with pricing to be confirmed.