It’s hard to make a 5G demo sexy, unless you’re the sort of person who gets shivers from watching numbers on speed tests. For all the technological complexity of Samsung’s first 5G smartphone demonstration at Qualcomm’s Snapdragon Summit 2018, it only really wows if you understand how far we’ve come.

Samsung and Qualcomm’s setup is straightforward. There’s a temporary 5G base-station hoisted up near the ceiling, while across the room is a prototype Samsung smartphone in a DeX Station dock. 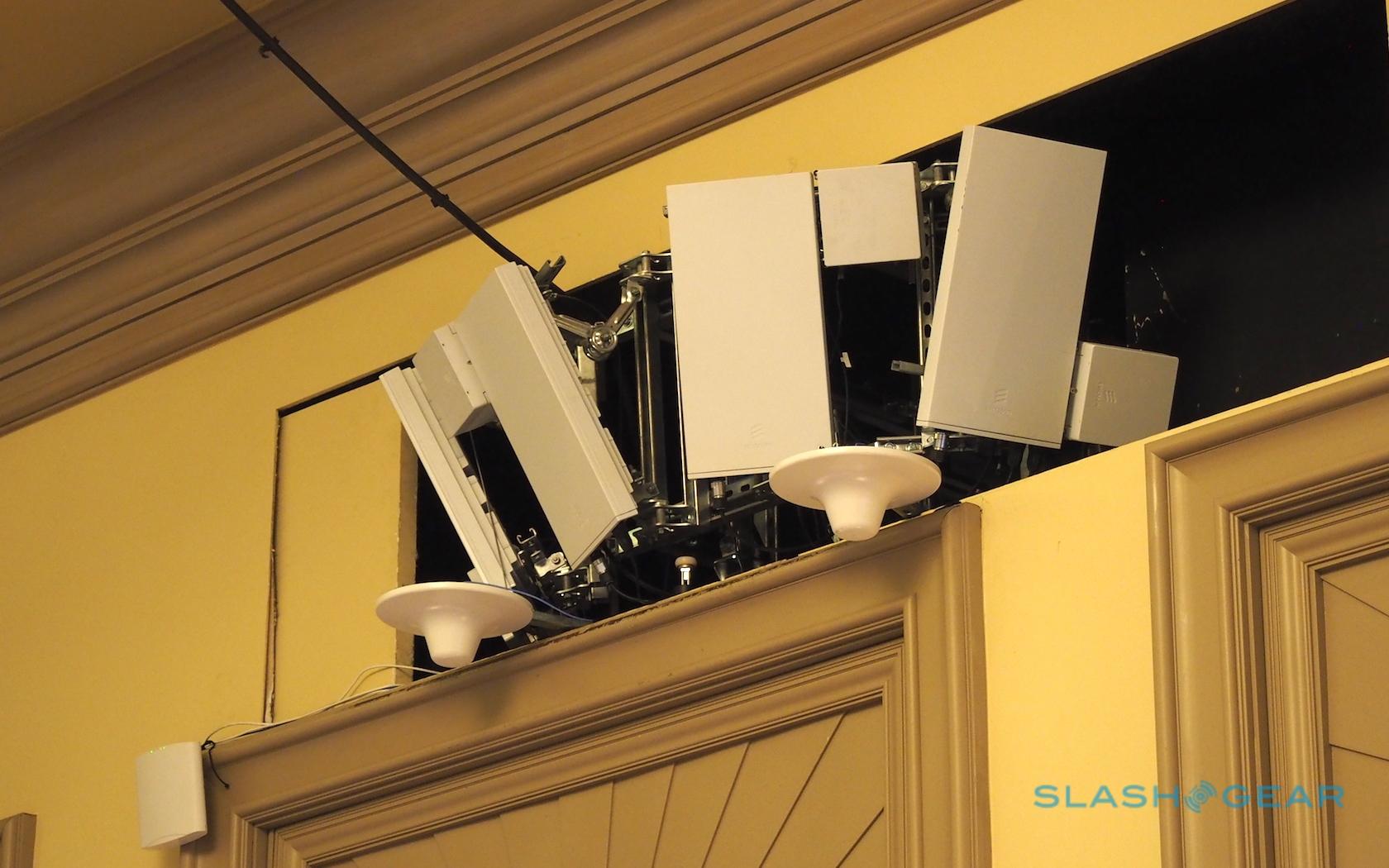 The dock is hooked up via HDMI to a TV, and on that TV – streaming in crisp 4K HDR10+ at 30 Mb/s – is a streaming video. All being delivered over 5G, at quality levels you simply couldn’t hope to achieve with a 4G LTE connection.

It’s simultaneously both impressive and a little underwhelming. Certainly, being able to crank up the quality settings of your streaming video will be a boon if you like to plug your phone into a TV and bypass the traditional set-top box. All the same, even with Samsung’s latest Super AMOLED displays like the Infinity O we’re expecting to see on the upcoming Galaxy S10, you could argue that these sort of bitrates are overkill.

The limits of the demo probably aren’t going to do 5G and mmWave any favors when it comes to overturning pessimism of the system, either. Stand in-between the base-station and the smartphone, for instance, and you stood a likely chance of blocking the signal and causing it to buffer. For all Verizon has talked eagerly about mmWave being able to bounce between buildings, make its way through foliage, and penetrate walls and windows into buildings, it’s clearly not the universal magic bullet for high-speed coverage. 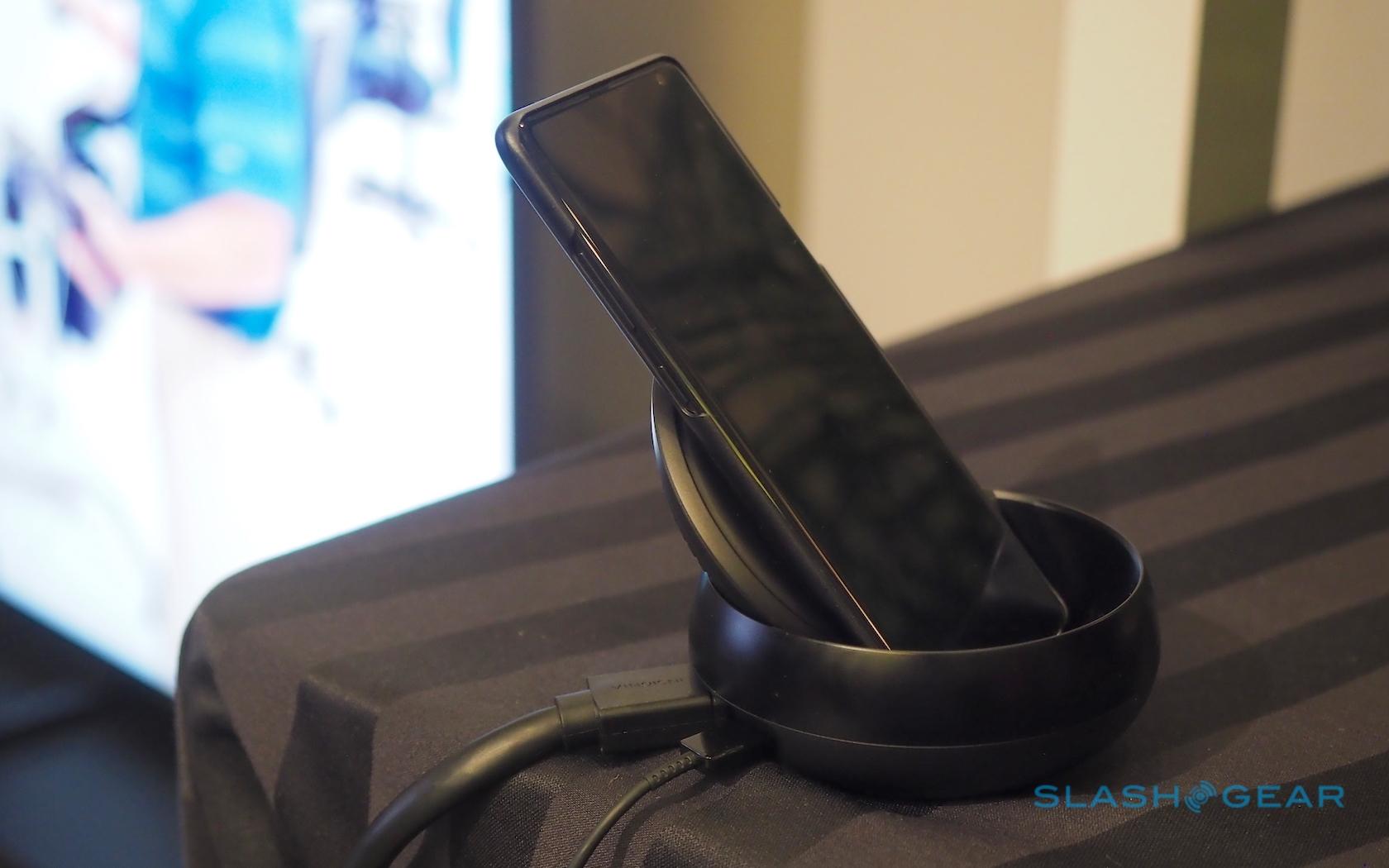 Finding the killer use-case for 5G can be troublesome, even if it’s set to be the most transformative phase in mobile. What arguably makes more sense for how we use our devices day to day will be the ability to do multiple, simultaneous downloads of huge files. No more waiting for each song in your Spotify playlist to download for offline playback one by one, or for movies to slowly, progressively drip down into your device as you wait for your flight to board.

Again, though, that hardly makes for dramatic viewing in a demo situation. Perhaps that’s the biggest takeaway of 5G: at launch, and probably for some time to come after that, it’s not going to be revolutionary in how it changes how we use our devices. Instead it’ll just make the slowest link in the wireless chain faster, smoother, and less frustrating.

As for this particular demo device, Samsung is being very coy about what exactly it cooked up. Roughly the size of a Galaxy S9+, although it looks like it’s in a case that’s apparently part of the design. Samsung was also reluctant to turn the phone’s screen on, but a quick glimpse of the display shows an asymmetrical notch: a big cut-out in the upper right corner. 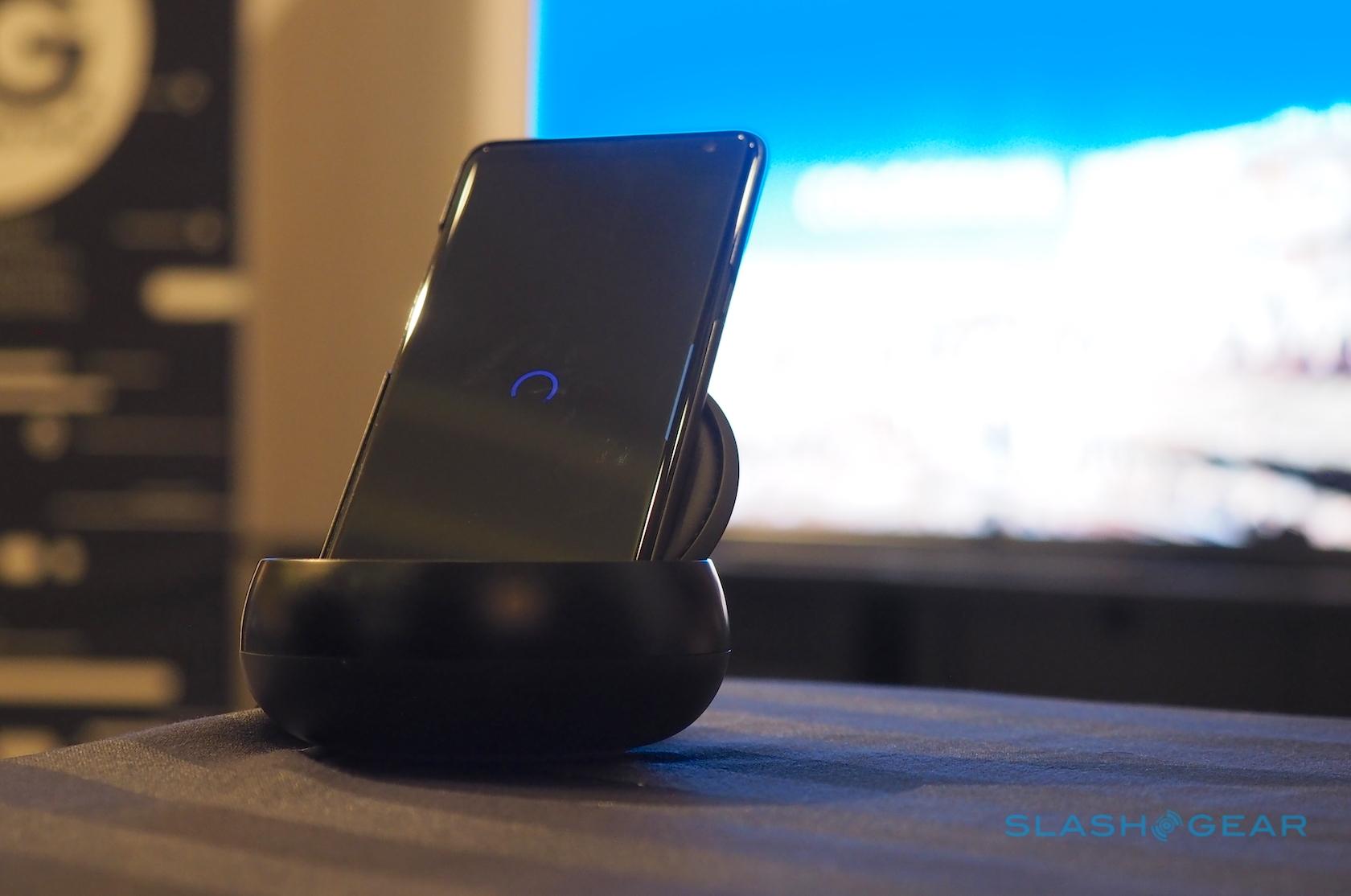 Interestingly, it didn’t look like any of the Infinity Display panels with screen cut-outs that Samsung showed off last month, including the Infinity O we’re expecting to see on the Galaxy S10 in early 2019.

The company is saying this is a prototype specially created for this particular demo, and that we shouldn’t read anything into how it looks, performs, or the hardware decisions it has made. Probably for the best, too, as even in this static streaming demo it was fairly unstable. Samsung had a number of devices on hand to switch out; apparently overheating has been a problem today.

Demos are hard, especially with cutting-edge technology. Still, 5G needs to be a rock-solid hit out of the gate, if the same questions that peppered 4G’s launch about value for money and why people should bother to upgrade aren’t to be leveled at the next-generation wireless standard. Here’s hoping commercial devices live up to the hype when they land in the first half of 2019.