The Rolls-Royce Phantom Tempus Collection is limited to only 20 units worldwide. As it turns out, 1 of the 20 Phantom Tempus cars has debuted in Southern California recently, and it’s a sight to behold with its Crystal over Arctic White Paint.

We initially reported all 20 units of Phantom Tempus will wear the same Kairos Blue paint, but it seems we’re wrong given the white example you see here. Nevertheless, if Black Badge cars can wear neon paint, we can’t see why the Phantom Tempus cannot wear white. And besides, Rolls-Royce is all about customization, and Phantom Tempus is one of the most exciting creations from the British luxury house. 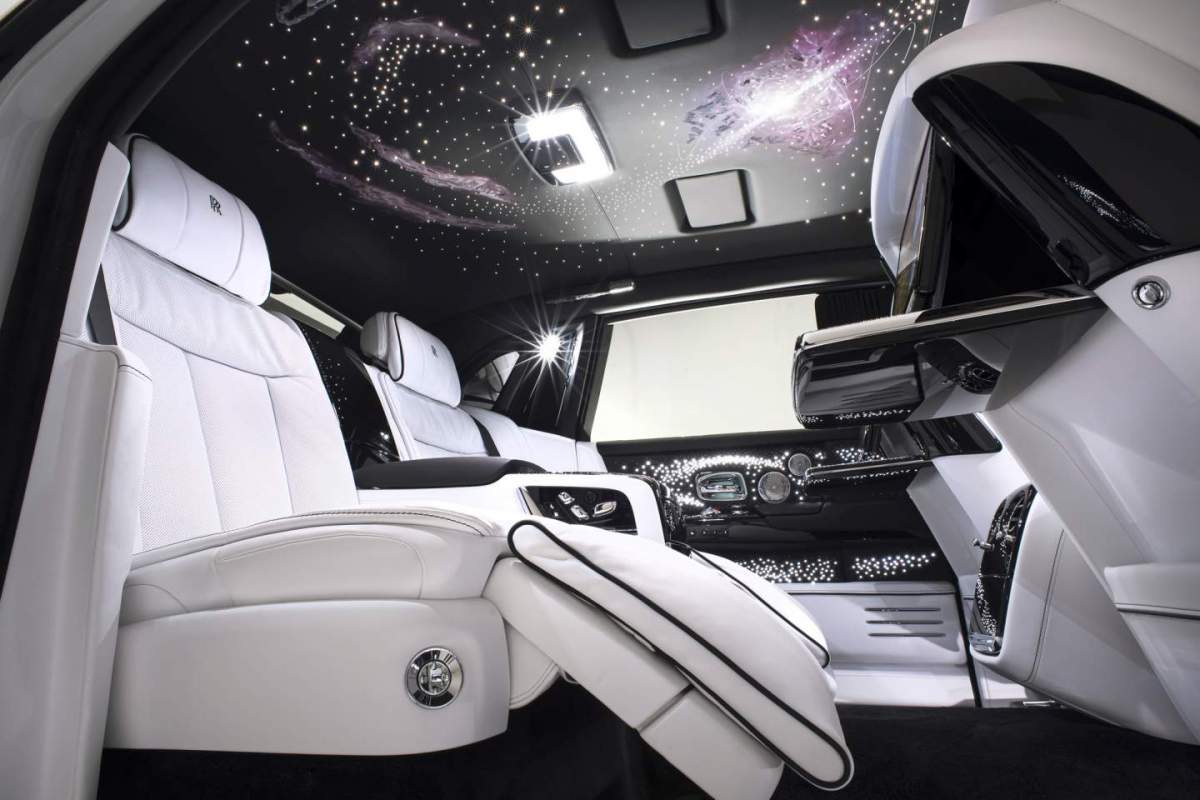 This particular white Phantom Tempus belongs to Glenn L. Moss Sr. Mr. Moss also commissioned a Rolls-Royce Dawn Black Badge to celebrate his 40th year of marriage to Gigi Moss. The couple chose the Crystal over Arctic White paint with a hand-painted black coachline to “signify the light and infinite nature of time.” 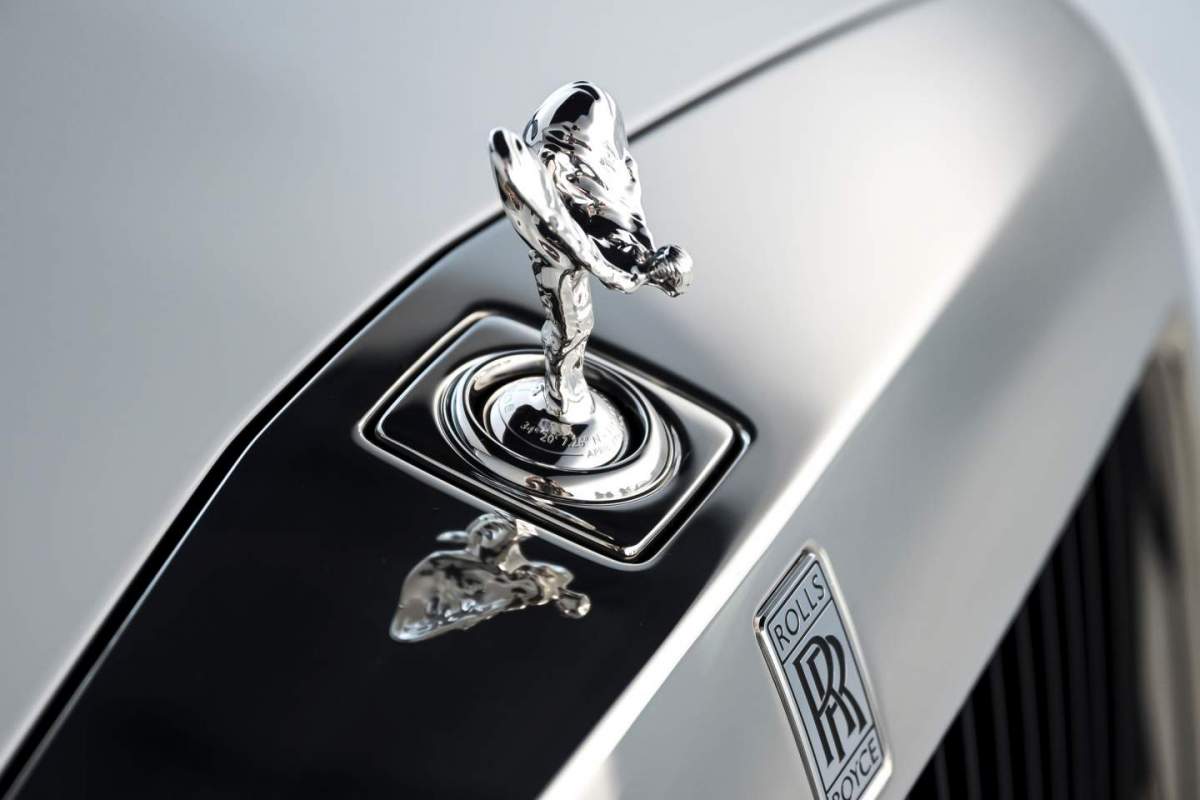 Meanwhile, opening the doors reveal illuminated treadplates that read: Phantom Tempus Collection – Handbuilt in Goodwood England for Glenn L. Moss Sr. Also, the interior is resplendent in Arctic White leather with contrast stitching, custom piping, and black highlights. Of course, no Phantom Tempus is complete without a custom Pulsar headliner and illuminated perforations on the doors. 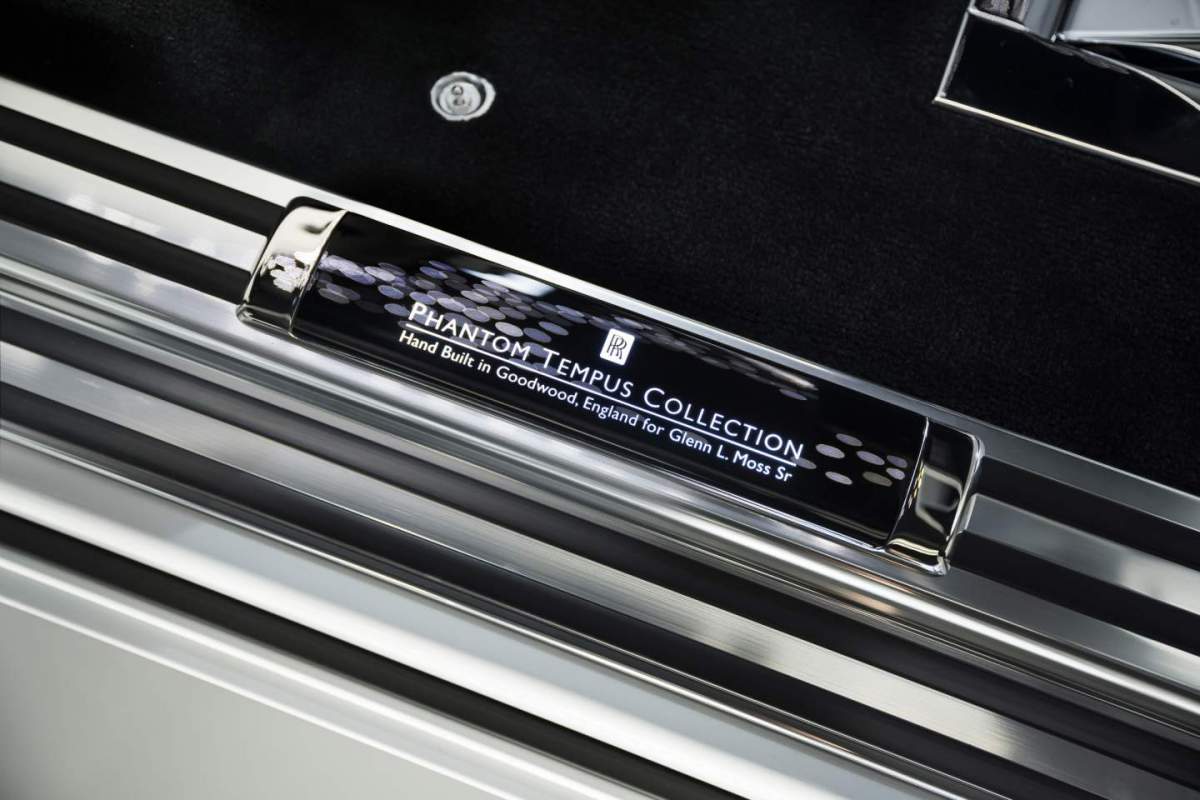 Under the hood is the same 6.75-liter twin-turbocharged V12 engine as a standard Phantom. Producing 563 horsepower and 664 pound-feet of torque, Phantom Tempus defies the laws of physics by rushing to 60 mph from a standstill in just 5.3-seconds, mightily impressive for a posh limousine. 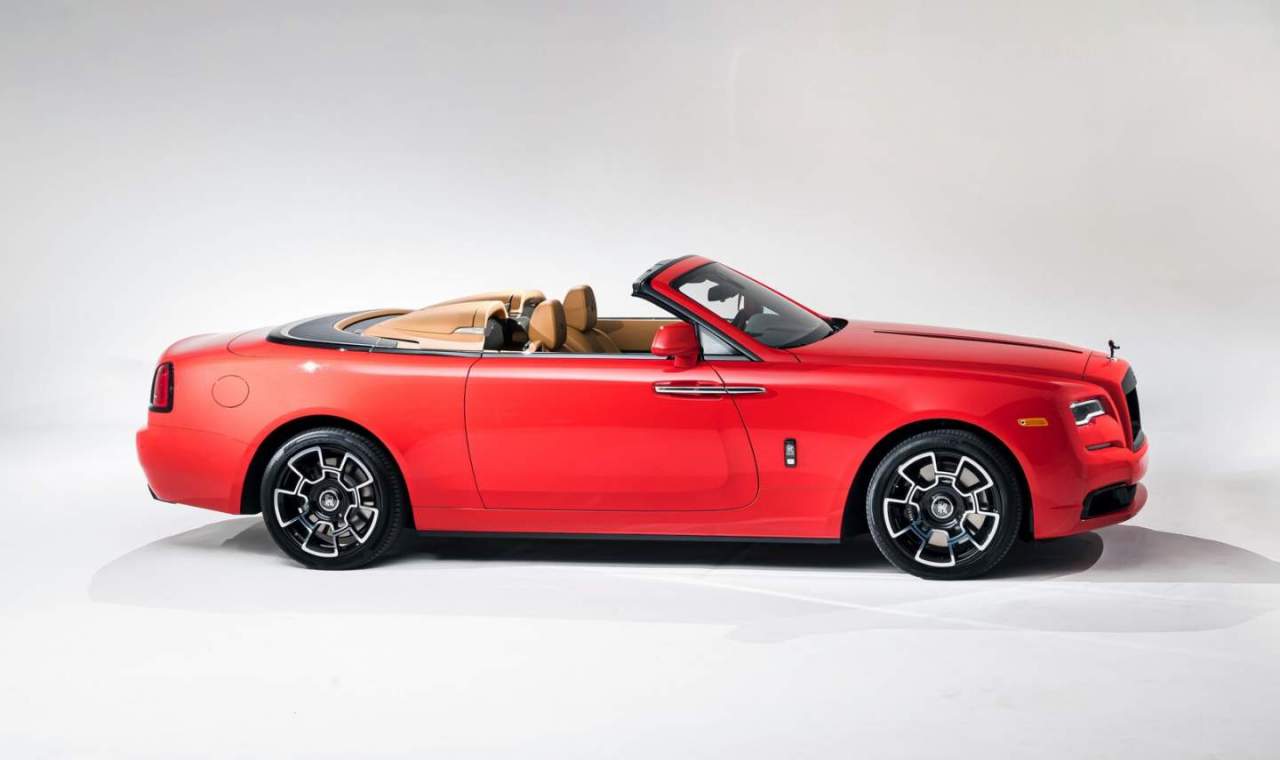 Also, the solid silver Spirit of Ecstasy hood ornament features an engraved location, the date, and longitudinal coordinates of when the couple first met in 1976. On the contrary, Mrs. Moss’ Crystal over Bright Red Rolls-Royce Dawn Black Badge has the date and location of where the couple wed in 1981 on the carbon fiber Spirit of Ecstasy emblem. 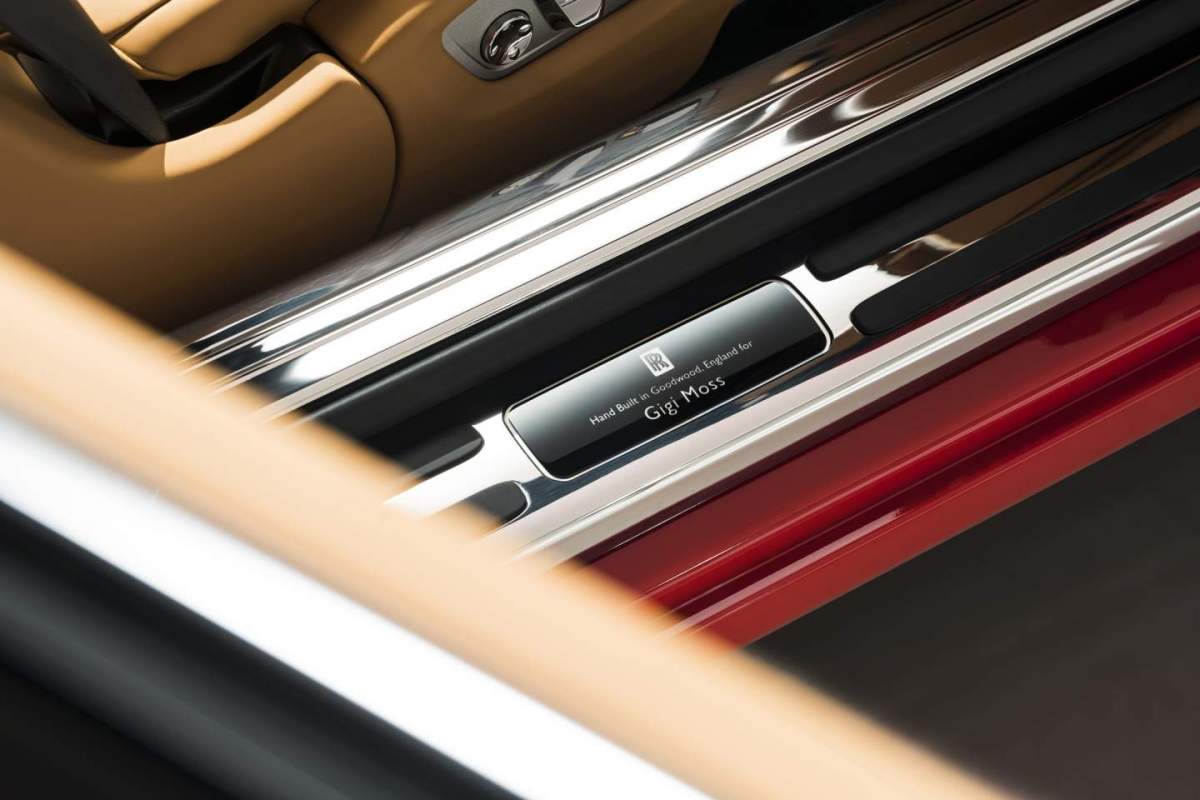 Mrs. Moss’ Dawn Black Badge features a hand-crafted interior using full natural grain leather with black highlights and piping. It also has unique 22-inch wheels crafted using 22 layers of carbon fiber. “We offer our congratulations to Glenn and Gigi Moss, not only on their years together, but also on these two beautiful Rolls-Royces, commissioned to mark this special occasion,” added Torsten Müller-Ötvös, CEO, Rolls-Royce Motor Cars. 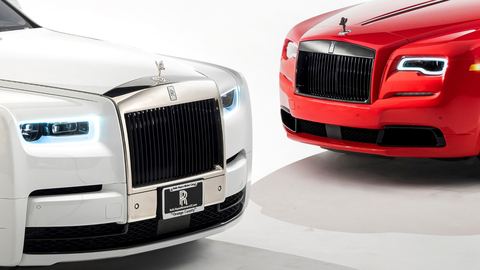 Rolls-Royce Motor Cars Orange County handed over the two vehicles recently to Mr. and Mrs. Moss in a private ceremony. We can’t think of a better wedding anniversary present than two of the best motorcars in the world.