Rolls-Royce made an NFT

Rolls-Royce is wading into the NFT space, and it’s teasing a very special new car to mark the occasion. A new Rolls-Royce Black Badge car is due for a reveal in a week’s time, and the automaker has partnered up with Mason London to create a non-fungible token to go with the vehicle.

NFTs, if you’ve not been keeping up, are one of the more controversial aspects of the blockchain to be launched in recent memory. Effectively a unique mark on a digital ledger, they’re intended to authenticate digital items much in the same way that a certificate of authenticity might validate a physical piece of artwork.

In the case of Rolls-Royce, the automaker worked with established NFT creator Mason London – actually a digital artist from London whose real name is Joe. He’s created art for Dua Lipa, Nike, High Snobiety, and more.

This isn’t the first automaker we’ve seen flirt with NFTs, mind. Earlier this year, the DeLorean Motor Company announced a collection of the tokens, intended to commemorate the 40th anniversary of the DMC-12. Still, it’s definitely not something you’d necessarily expect what’s seen as a “traditional” brand like Rolls-Royce to be doing.

Then again, bucking that sense of old-school luxury is what Black Badge is all about. Launched back in 2016 in an attempt to capture a younger audience with a more modern sense of what a super-lavish car should look and feel like, it proved to be arguably far more popular than even Rolls-Royce could’ve hoped for. A “statement for those who dare to be different,” according to the automaker, it’s since become its more boundary-pushing alter ego.

Now, Black Badge cars account for 27-percent of Rolls-Royce commissions, and the next will be revealed on October 28. Mason London’s NFT video art gives a teaser of what we can expect, and judging from the distinctive LED headlamps and the position of the Spirit of Ecstasy hood ornament, it certainly looks like it’ll be based on the Ghost. 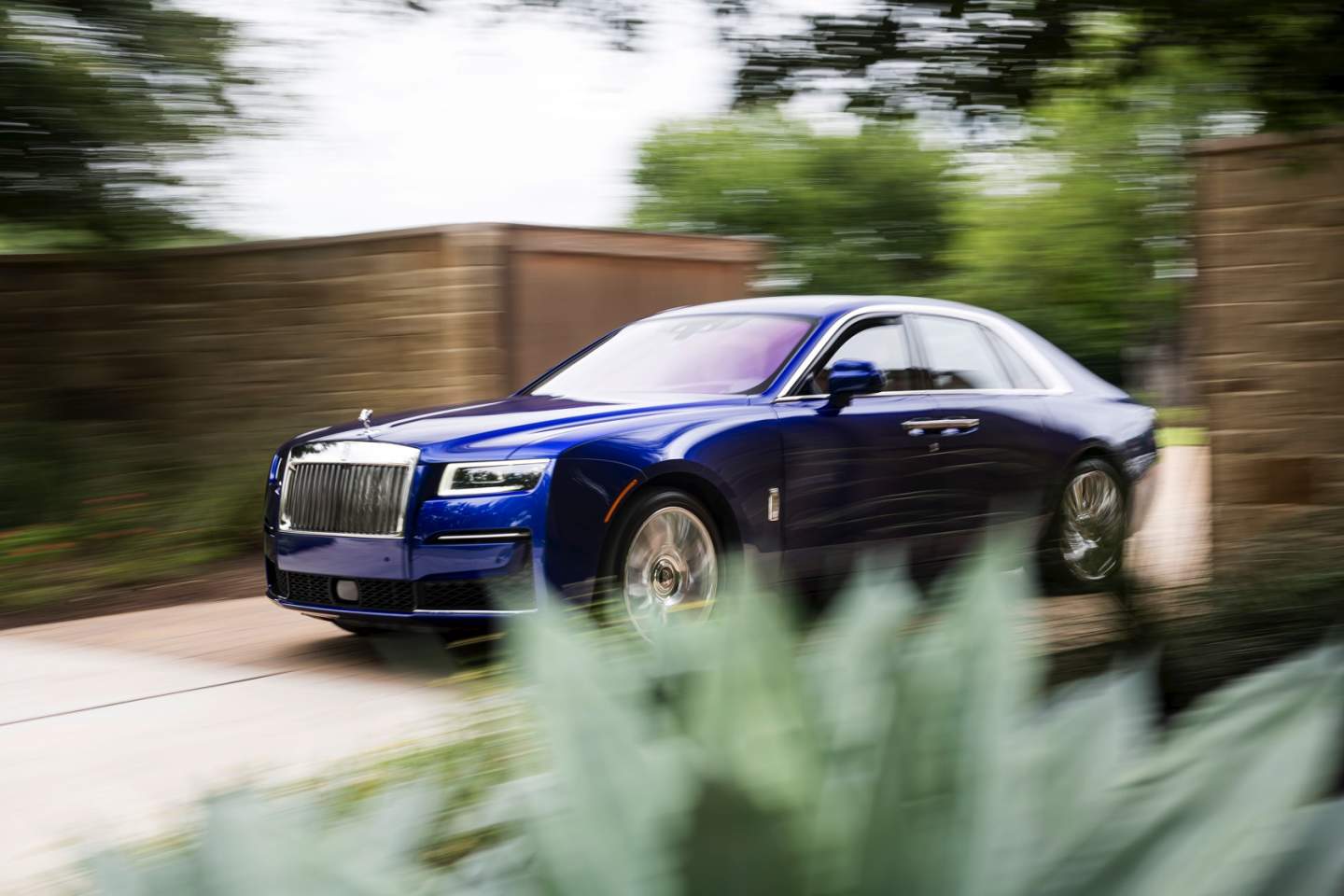 That’s the smaller, more sporting sedan that Rolls-Royce launched in 2020, intending to combine luxury with more engagement for those who prefer to drive themselves. It’s yet to be given the Black Badge treatment, though the black paintwork and striking neon blue pinstripe – and matching brake calipers – would seem to suit it well.

As for the NFT, there too Rolls-Royce is playing coy. The automaker won’t discuss its ambitions for the token, or indeed if it plans to do more with the technology. Whispers suggest it’s being stored in a wallet on an encrypted drive in Goodwood – the car-maker’s home in the UK – most likely in a cozy safe next to a bottle of Louis XIII. Just how much it might be worth is similarly unclear, though a “regular” Ghost starts at around $332,500 before customization. 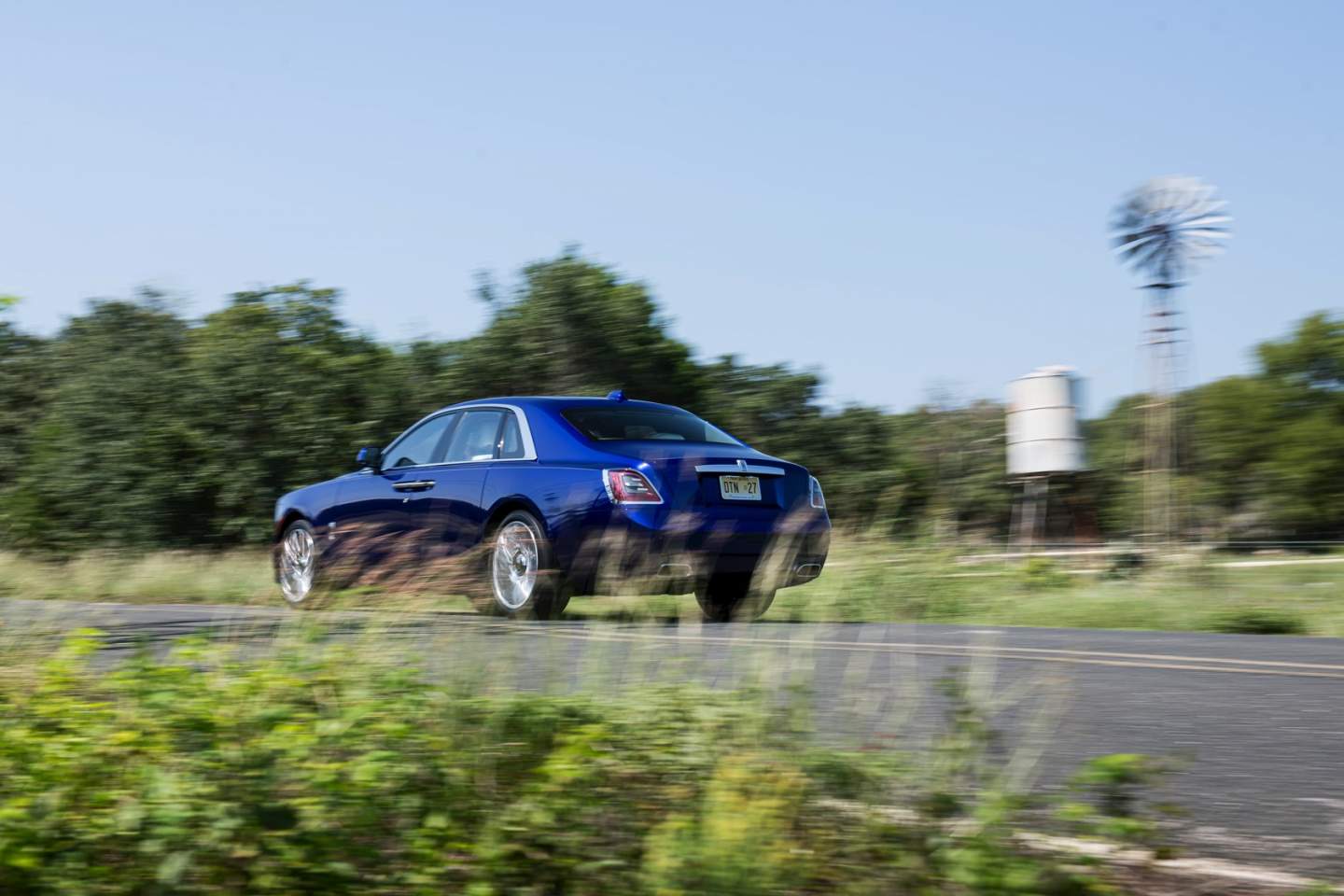 That bespoke attention has long been an area of focus for Rolls-Royce, though it took the launch of Black Badge for the automaker to address one of the more distinctive subcultures of its owners. Younger buyers turned to unofficial tuners to give their cars the blacked-out treatment, fitting larger and more fashion-forward wheels, and replacing the traditional materials in the cabin with more high-tech and unusual alternatives. Faced with that, Rolls-Royce decided to make clear that the aesthetic was just as officially sanctioned as classic interpretations of luxury would be.

The result – as we saw recently with the Cullinan Black Badge SUV – is as imposing as any Rolls-Royce, but with a modern twist. That would seem to suit the Ghost’s attitude nicely, and even if you’re not onboard with NFTs yet, the car might well sway you.