Rivian has confirmed full pricing and specifications for its upcoming all-electric pickup truck and SUV, with the new R1T and R1S set to arrive from mid-2021. Announced back in late 2018, the two vehicles share a common electric architecture – which Rivian describes as its “skateboard” – though the R1S is a seven-seat SUV while the R1T is a pickup.

Rivian had always promised fairly aggressive pricing for the pair, putting them in the midst of their respective growing luxury truck categories. Production itself has been delayed slightly, the automaker startup pushing the dates back a little and now planning to bring the first EVs off the line sometime in the summer of next year. 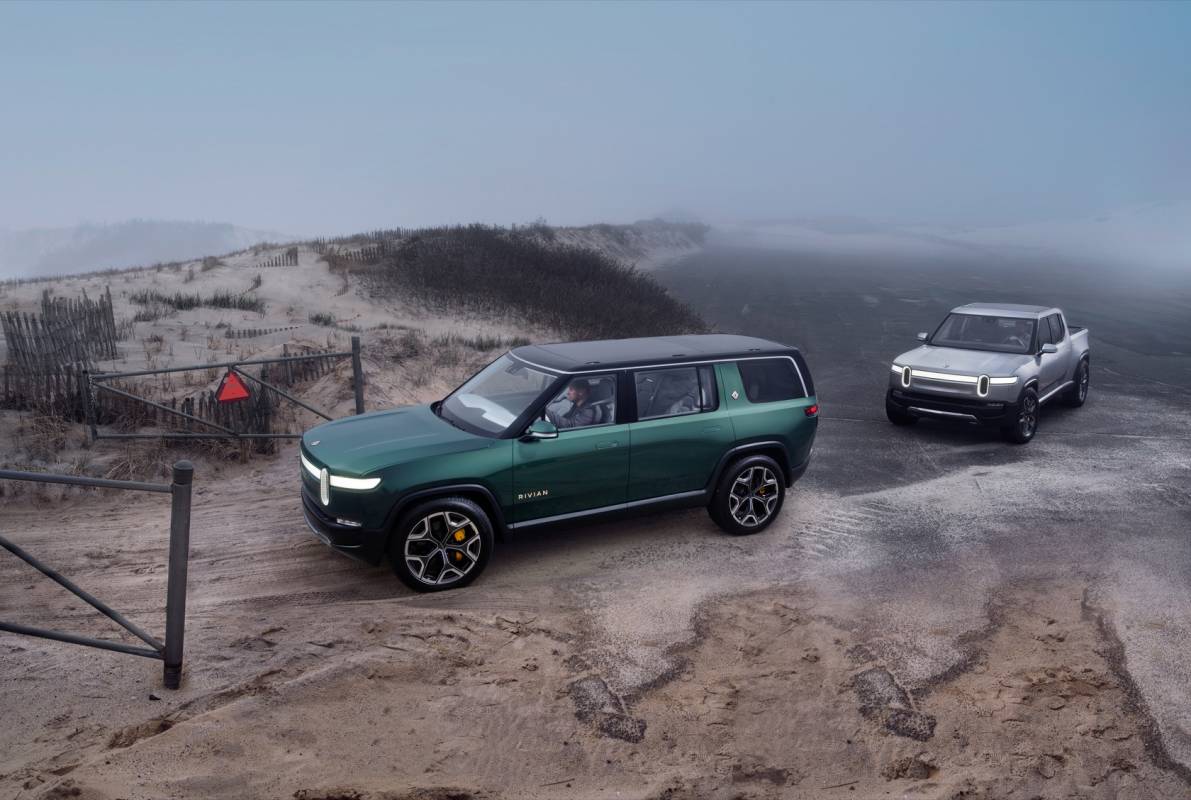 This week, though, it has confirmed the various packages and prices we can expect. Both the R1S and R1T will be offered in three forms to begin with: the most affordable Explore trim, a more well-equipped Adventure trim, and a limited-release Launch Edition. The latter will be based on the Adventure trim, though with some extras.

The Rivian R1T will first arrive in June 2021 as the Launch Edition, priced from $75,000 before incentives. It’ll have 300+ miles of range from its “Large” battery pack, and an Off-Road Upgrade that adds a reinforced underbody shield, dual front bumper tow hooks, and an air compressor. There’ll also be a powered tonneau cover for the bed, and a Gear Guard, while Rivian will offer a choice of 20-inch All-Terrain wheels or 22-inch Sport wheels depending on buyer preference. 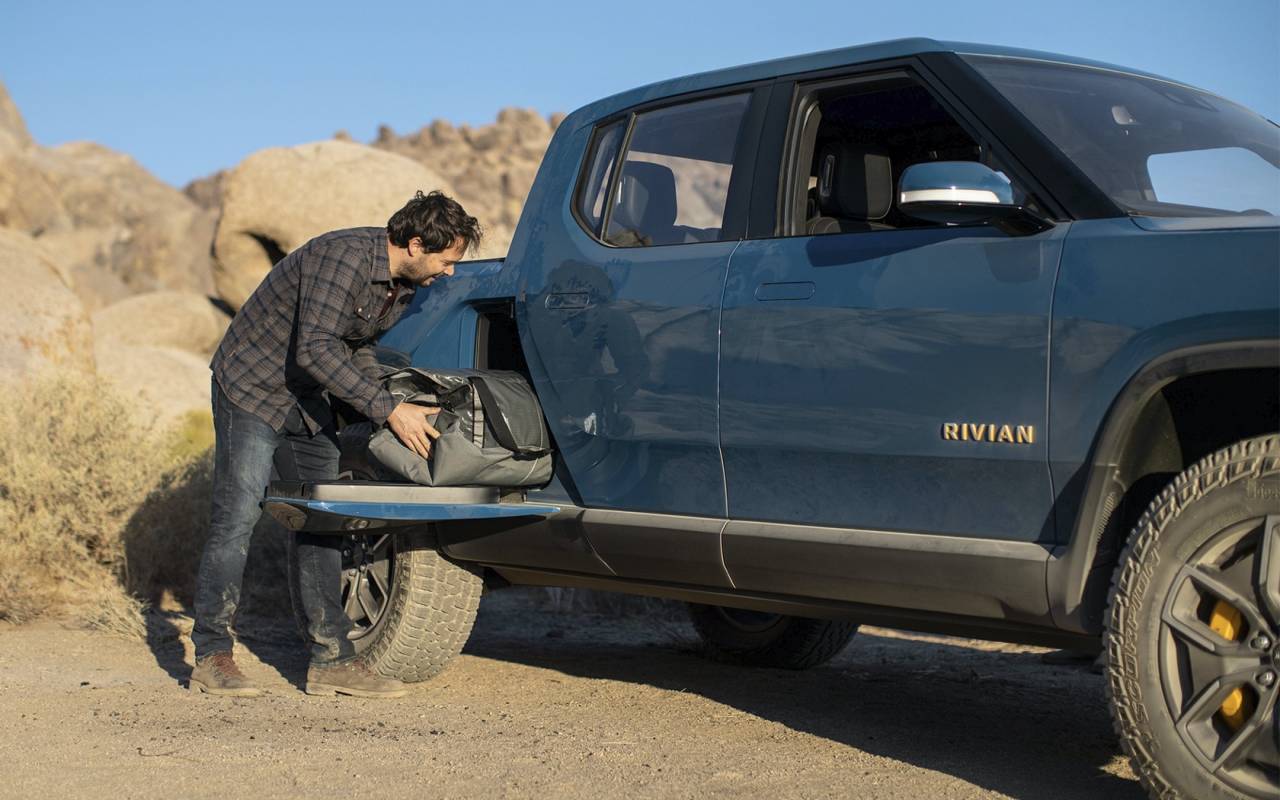 Inside, there’ll be Rivian Elevation 360-degree audio, natural-grain ash wood trim, and perforated vegan leather for the heated and ventilated seats. Driver and passenger will get lumbar adjustment. The headliner is 100-percent recycled microfiber, and there are Compass Yellow interior accents, patterned stitching, special Launch Edition badging, and Chilewich floor mats. R1T Launch Edition buyers will also be able to choose a Launch Green exterior paint color, that won’t be offered on the regular version of the electric truck. 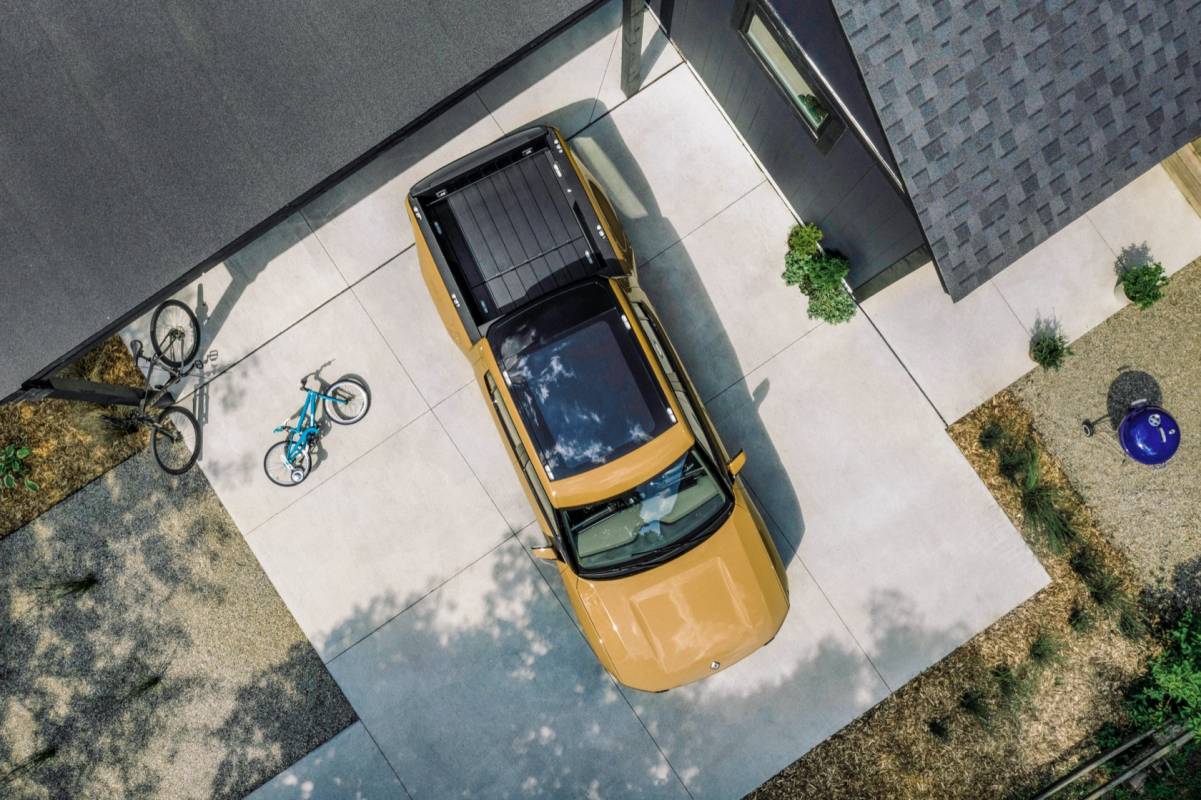 Following on in January 2022 will be the R1T Adventure, from $75,000 before incentives, and the R1T Explore, from $67,500. The Adventure trim will get the Large battery, Off-Road Upgrade, powered tonneau cover and Gear Guard on the outside, and the 360-degree audio, ash wood and vegan leather interior, heated and ventilated seats, and microfiber headliner. It’ll also have Chilewich floor mats, Compass Yellow accents, and driver/passenger lumbar adjustment. 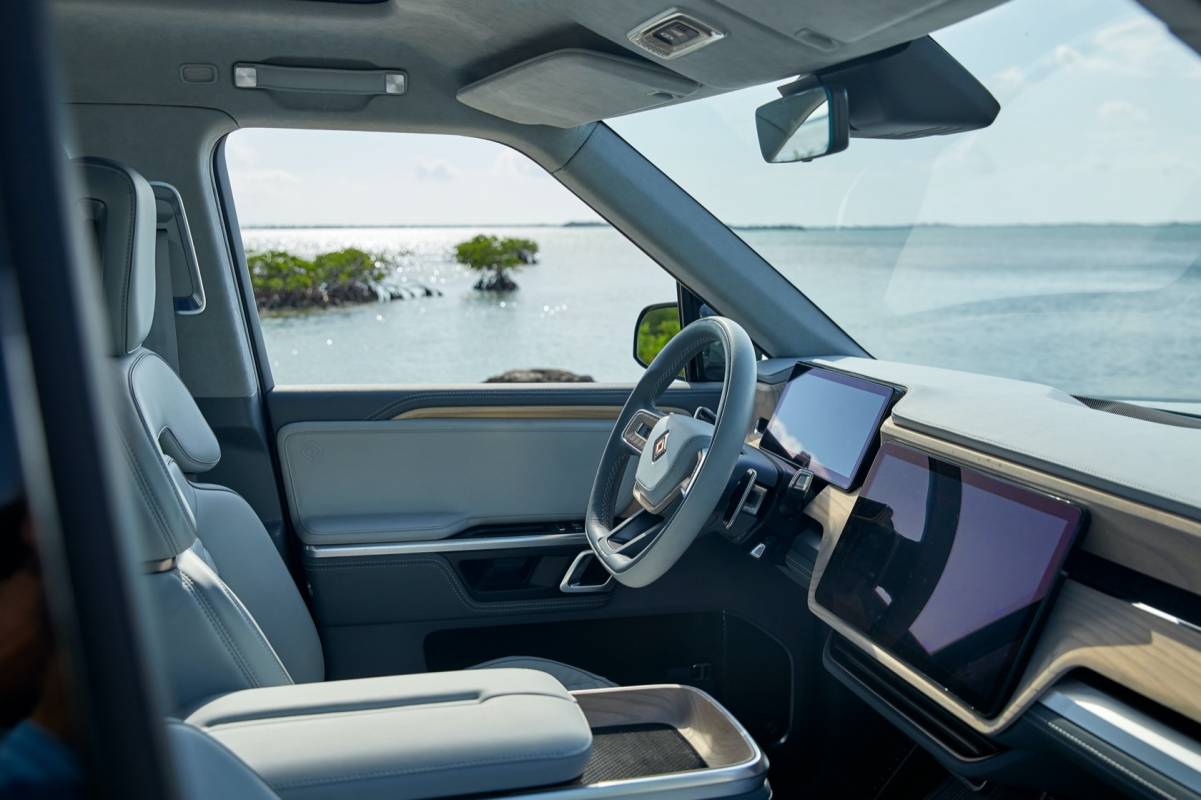 The most affordable Explore trim, meanwhile, will have the Large battery, a manual tonneau cover, and a more rugged interior. That means standard surround sound, matte black trim, vegan leather seats with heating, and lumbar adjustment for the driver only. It’ll also have a textile headliner and 100-percent recycled textile floor mats.

Unsurprisingly, the R1S doesn’t stray far from the same model as the R1T, though it’ll arrive a little later and cost a little more. The R1S Launch Edition will drop in August 2021, Rivian says, priced from $77,500 before incentives. It too will have the Large battery pack, Off-Road Upgrade, and the same interior options and choice of 20-inch All-Terrain or 22-inch Sport wheels. However a seven seat interior will be standard. 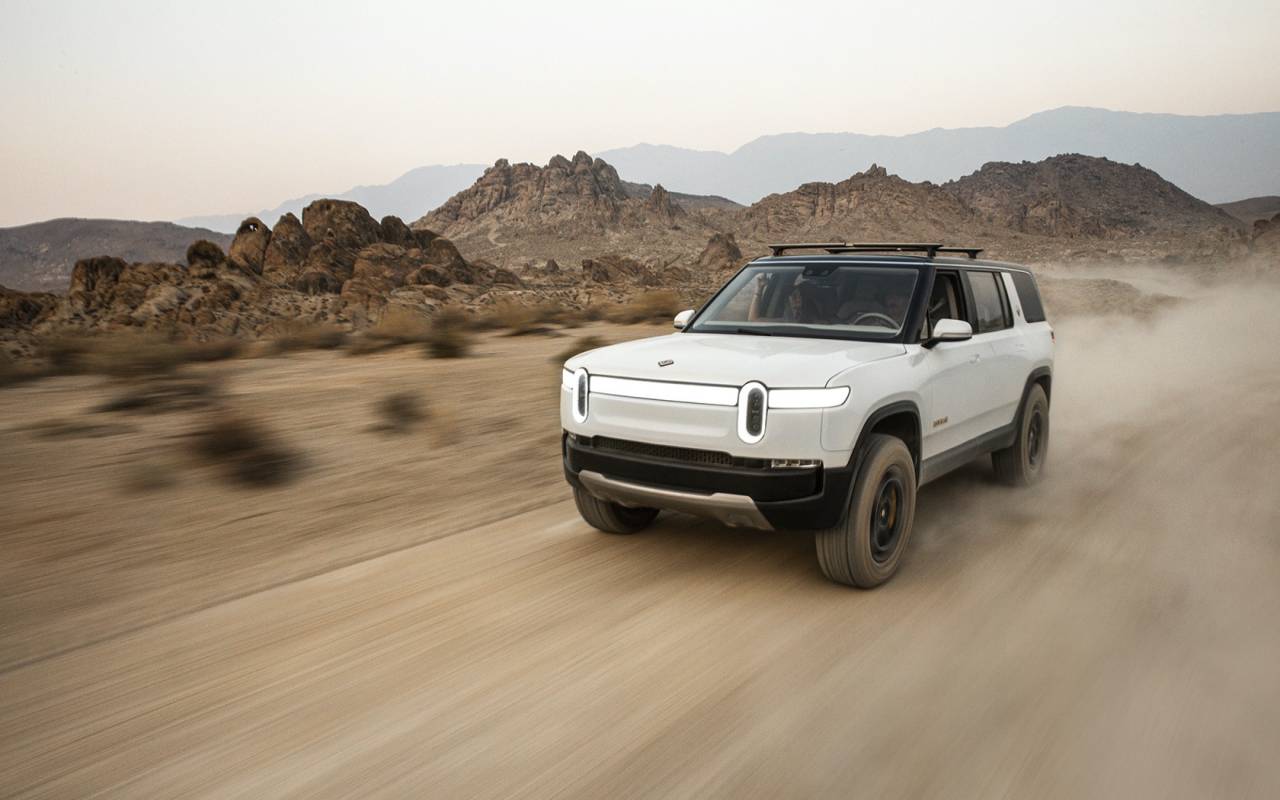 The R1S Adventure will start at $77,500, and arrive in January 2022. It will have the same specifications as the R1T Adventure, including the Large battery for 300+ miles of range, Rivian suggests, and the Off-Road Upgrade. However it’ll be offered with a choice of five or seven seats. 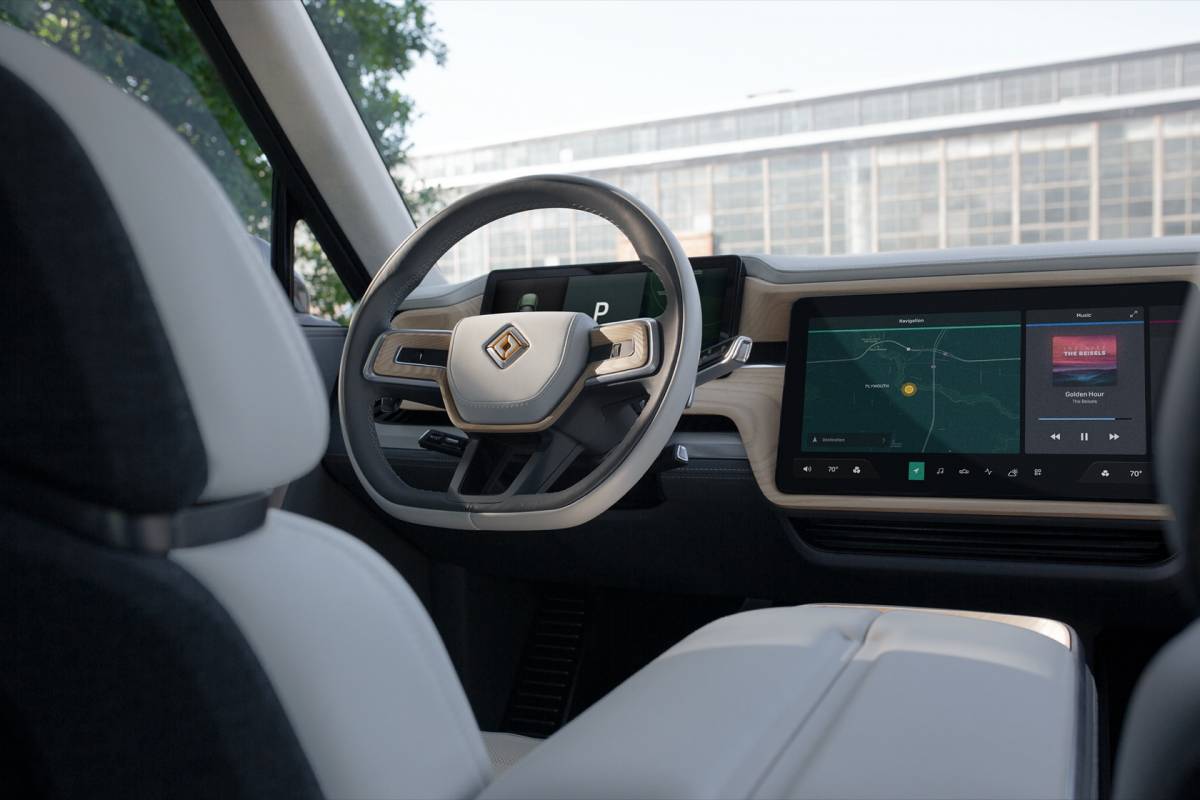 Finally, the R1S Explore will be $70,000 when it arrives in January 2022. It will have the same 300+ mile battery, standard surround sound, matte black interior, and vegan leather, with heated seats and driver lumbar adjustment. Like the Adventure, Rivian will offer the R1S Explore in five or seven seat configurations. 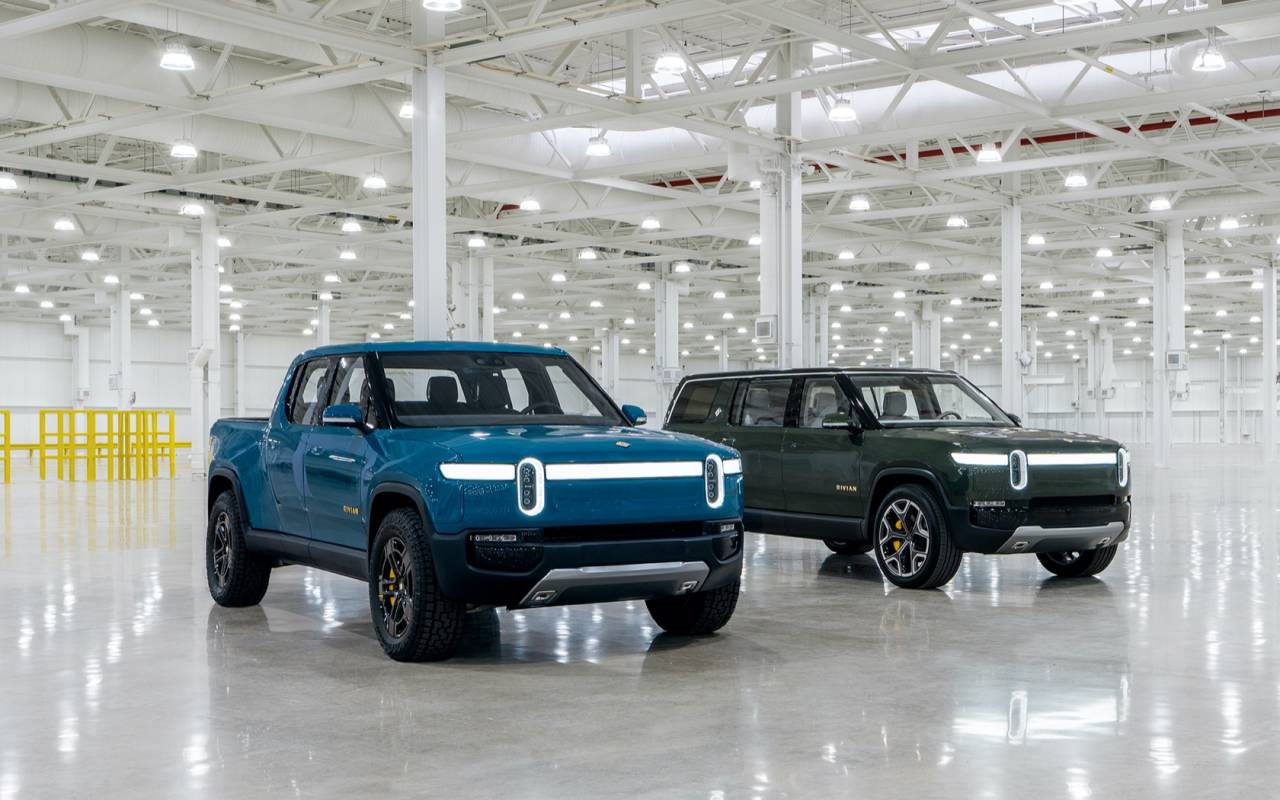 Rivian is still taking reservations for both models, with a $1,000 refundable deposit required to stake a place in line. Meanwhile, the automaker is working with Amazon on a fleet of all-electric delivery vans that will use the same underlying EV technology as its consumer vehicles.