Razer revealed a new gaming chair this week with high density foam, multi-layered synthetic leather, and a steel-reinforced body. Razer Iskur X is what Razer calls “Razer’s most affordable gaming chair” at a cool $400 USD. Razer also introduced this week a Razer Head Cushion and a Razer Lumbar Cushion, both made to work with gaming chairs, sold separate from said chairs.

The Razer Iskur X is black with green stitching. You’ll find the text “For gamers by gamers” at the base of the chair, and the triple-headed snake logo at the crown. This chair can support up to 136 kg (right around 300 lbs), and it rolls with a “multi-function recline” system for “the most comfortable posture for long play sessions.”

This chair has 2D armrests to “reduce wrist and shoulder strain.” It also has an “angled seat edge” that “maximizes upper leg and thigh support.” It also has five wheels!

Razer also released a head cushion and a lumbar support cushion, separate from the chair. These pieces can be used with “any gaming chair”. Both use memory foam, and both look pretty comfy.

This chair is very similar to the original Razer Iskur chair released in October of 2020. That device has 4D armrests, a built-in adjustable lumbar support system, and memory foam all over the place. That (original Iskur) will cost you around $500 USD. The new Razer Iskur X will cost you closer to $400 USD. 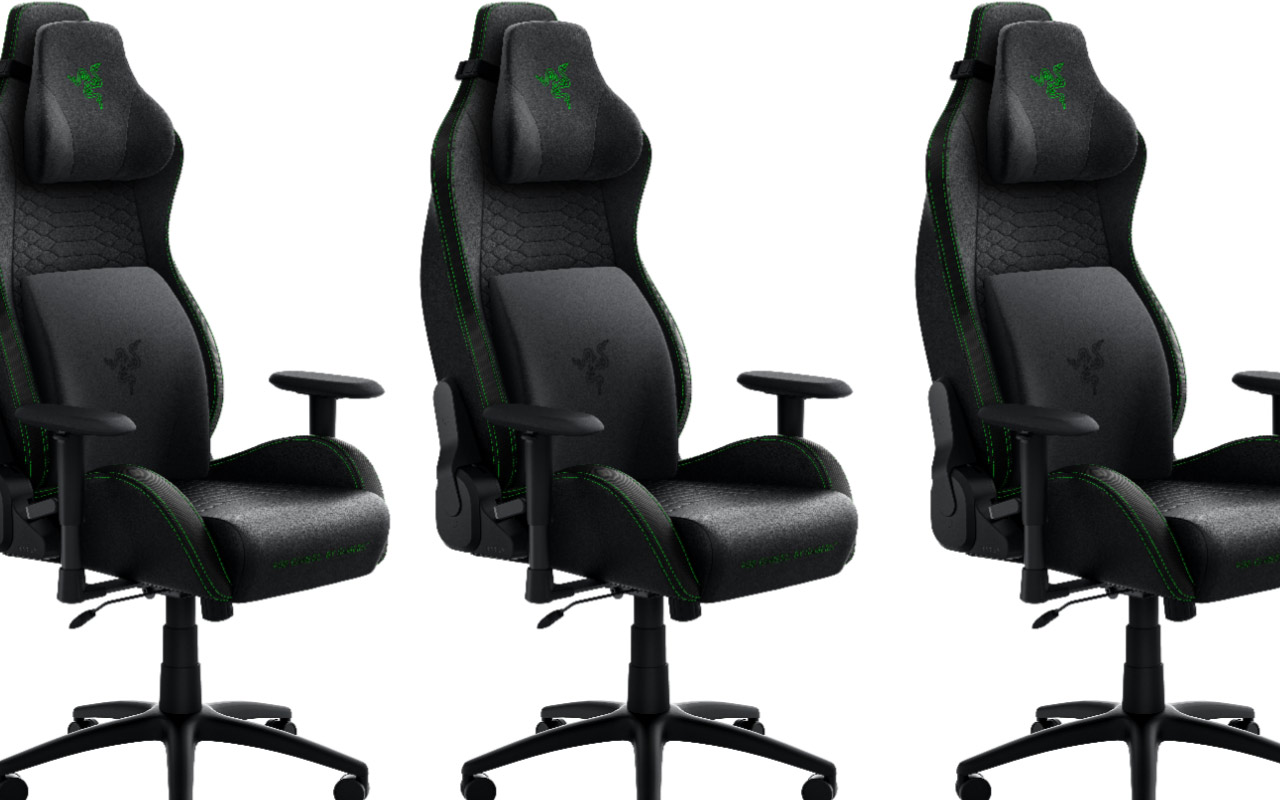 The Razer Head Cushion, Razer Lumbar Cushion, and Razer Iskur X will be released for purchase on June 3, 2021, from Razer dot com and in-store at official RazerStore locations. You’ll also find them at “select retailers.” And we’re still waiting for Razer Project Brooklyn in all its extravagant glory.