Razer Project Brooklyn is one of two major concept designs made by the company for CES 2021. Like past CES concepts from Razer, it’s unlikely that the machine will be released in the form in which you see it right this minute. The chair has a foldable display that fits in the back of the chair when not in use, full body haptic feedback, speaker system, and Razer Chroma LED lighting.

This concept chair called Razer Project Brooklyn is made to be versatile. It has the ability to connect to a wide array of devices, be they high-end gaming PC or tiny baby mobile device. Individual systems in the chair can be used on their own or in combination with one-another. 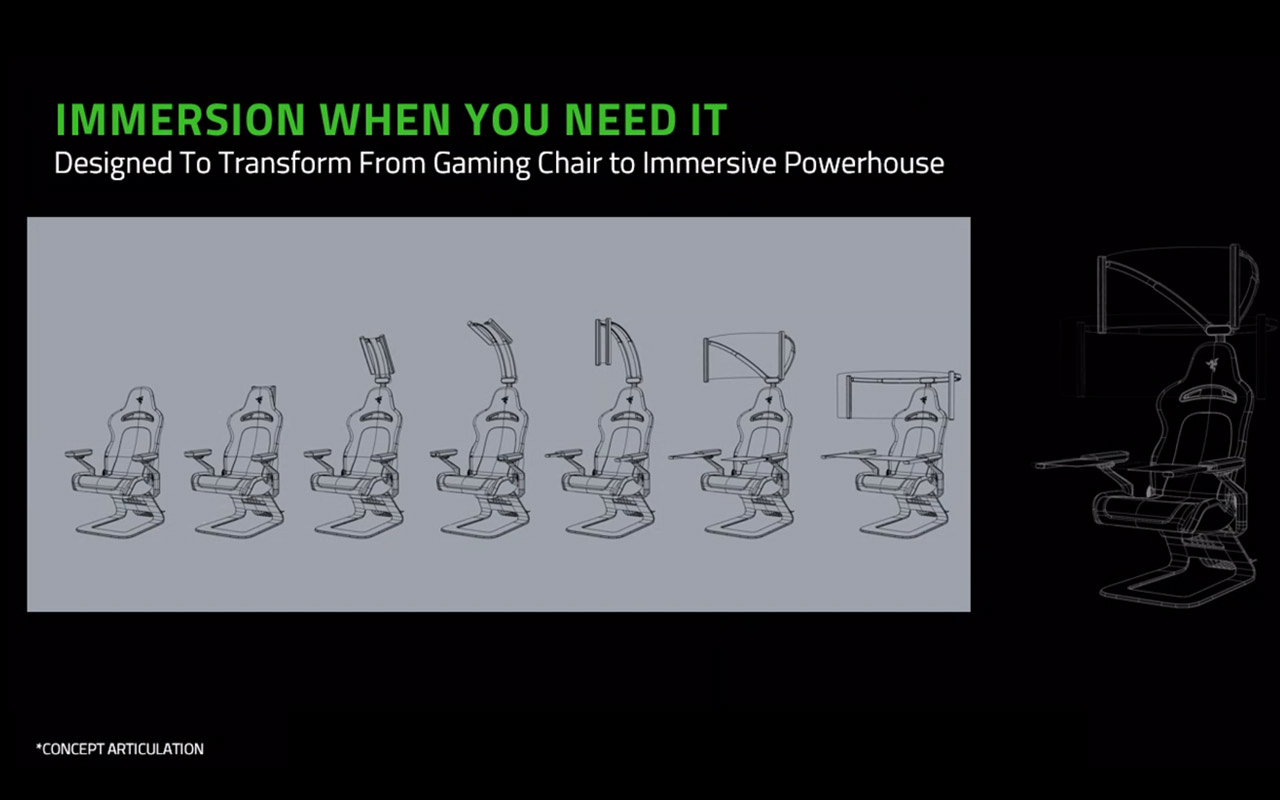 The display as well as the table rest inside the chair, invisible and out of the way while not in use. The display slides up and out from the back of the chair, over the top of the gamer in the chair, and unfolds. The display is made with a semi-rigid display panel that extends out and surrounds the seated gamer. This is the chair’s “deployable 60-inch full surround OLED display,” which Razer describes as including “stunning visual detail and quality.” 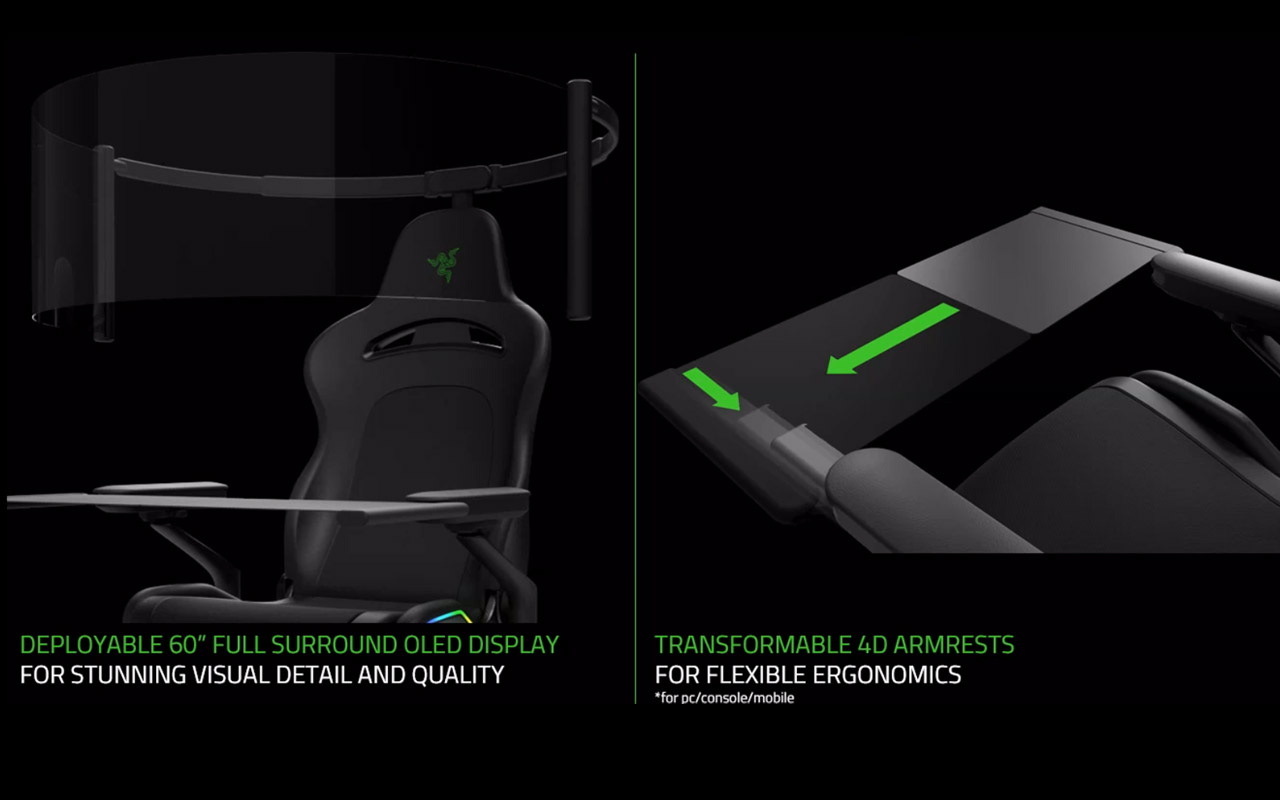 The table appears somewhat like a hide-away table in the seat of a commercial airline. But instead of flipping up and over, this table pops forward and extends out from both the left and the right, to form a single platform in the middle. Razer calls this system their “transformable 4D armrests” system “for flexible ergonomics.” 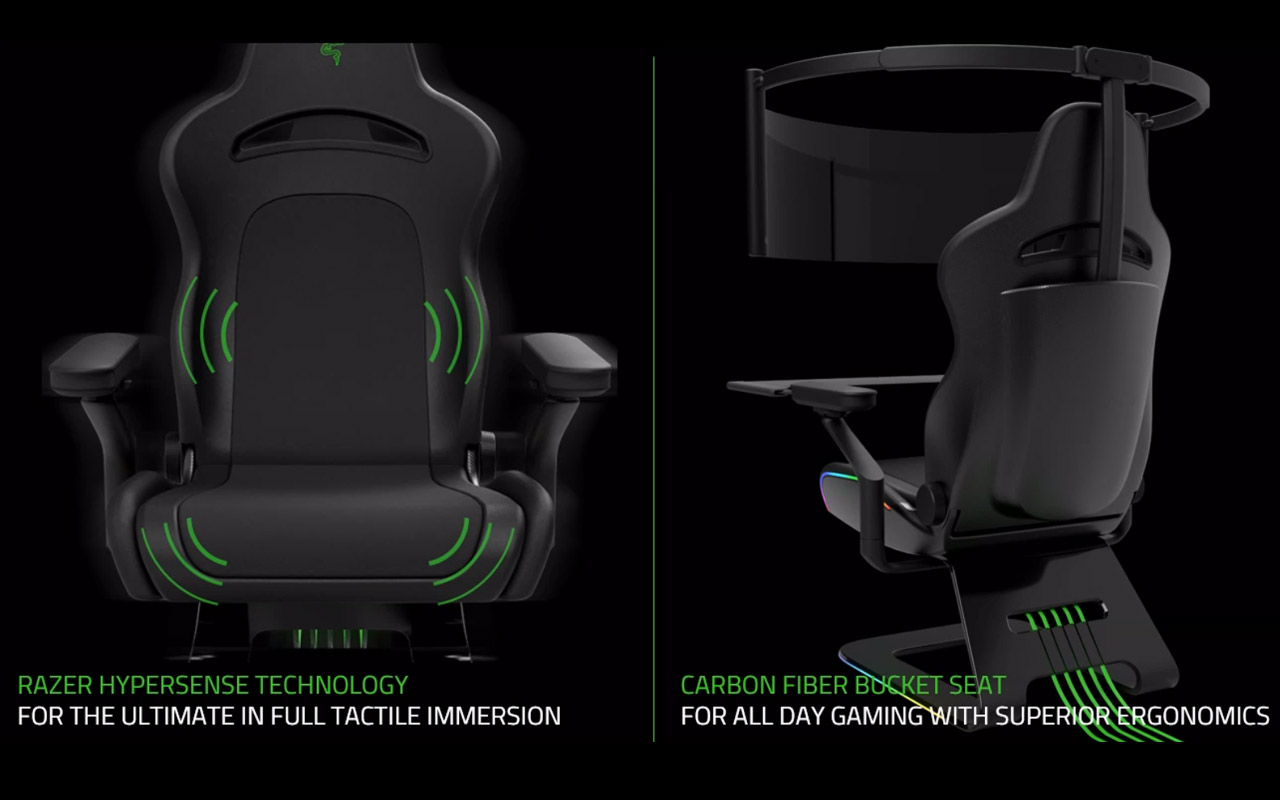 This chair works with a carbon fiber bucket seat with long-term sit-friendly ergonomically formed supports. Under the surface are a series of rumbling tech, with Razer Hypersense Technology “for the ultimate in full tactile immersion.” 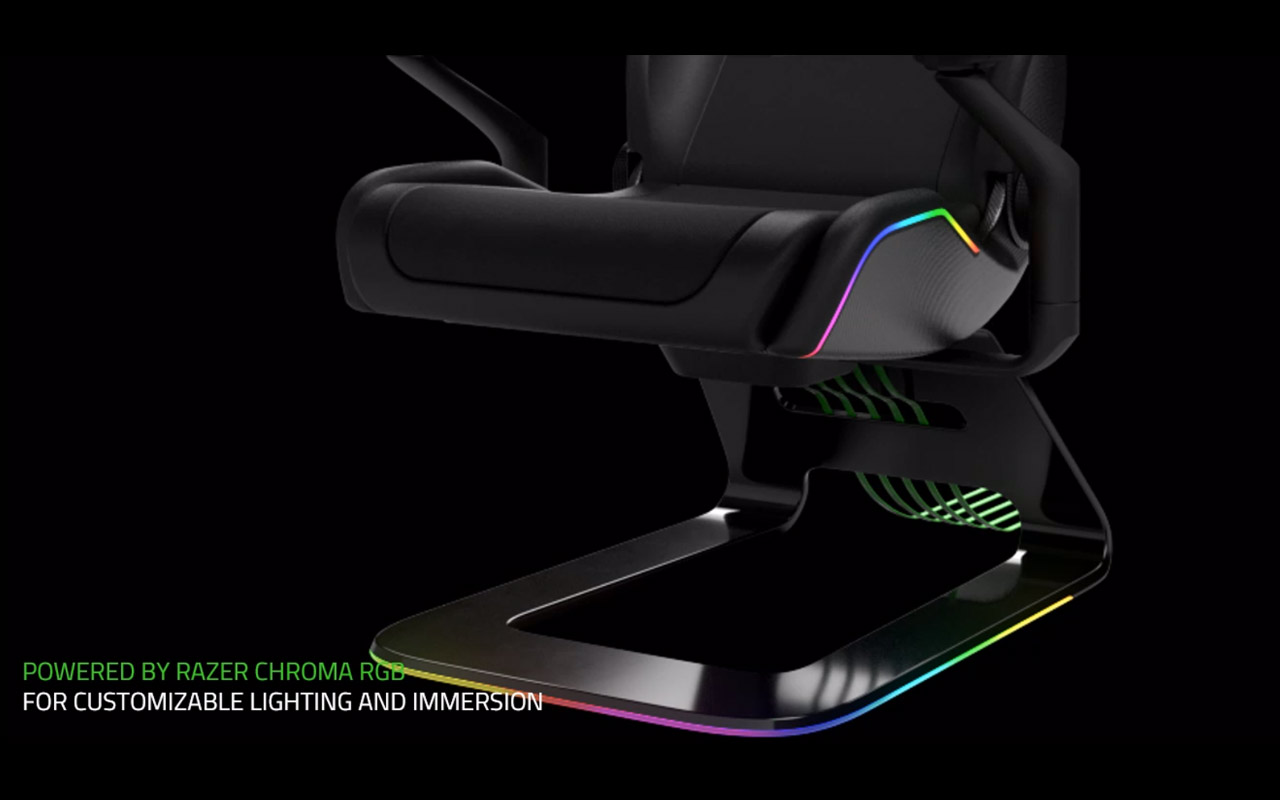 The many wires you see running from the back of the seat connect with your PC, power, gaming consoles, or whatever else you might need to connect to take full advantage of the feature set in the chair. That includes control of the seat’s Razer Chroma RGB color strips – at the base of the chair and the bucket seat.

As it generally is with Razer’s concept work revealed at CES, this seat isn’t quite prepared for regular consumer release. The technology included with this chair may make its way to final consumer products at some point – but for now it’s just a proof-of-concept.