This week we’re getting another look at the Qualcomm Toq smartwatch, a device that was revealed by the processor manufacturer earlier this year. This device was revealed on the same day the Samsung Galaxy Gear was shown off, the Samsung device aimed at consumers, the Qualcomm device directed at a crowd that’s made up of more early adopters and developers. Here we’ve got a device that’s essentially the polar opposite of the Pebble smartwatch as well – made to be elite, not for the everyman, and sporting the best of the best in display technology, according to Qualcomm.

We’ve got the black version of the Qualcomm Toq, it being one of two colors offered for the smartwatch here at launch. You’ll need to understand from the get-go that this device is not one that you can customize aesthetically – there are touch panels in both ends of the band and they’re not attached in a way that in any way suggests interchangeability.

The “resizable” band also suggests some permanence as you’ll immediately be asked to size up your wrist and cut the watch itself. You’ll literally be cutting the band of the watch with a scissors when you figure out what size you want it to be. We’ll leave it to you to decide how you feel about this sort of instant-final measure. 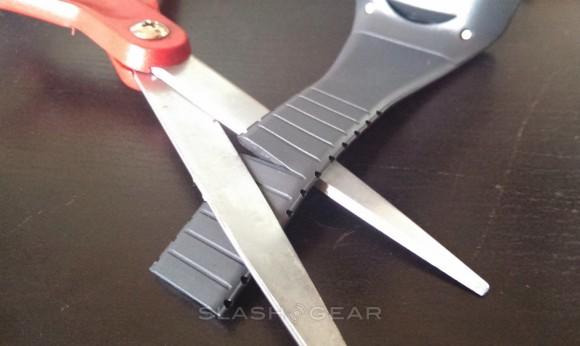 The display on this watch is 1.55-inches and 222 pixels per inch. That would suggest that it’s quite sharp, and it is, but you’ll not want to be comparing it directly to the face of the Samsung Galaxy Gear – this is like comparing a color e-reader to a standard color tablet. This is a display that’s made for anywhere-readability above all else. 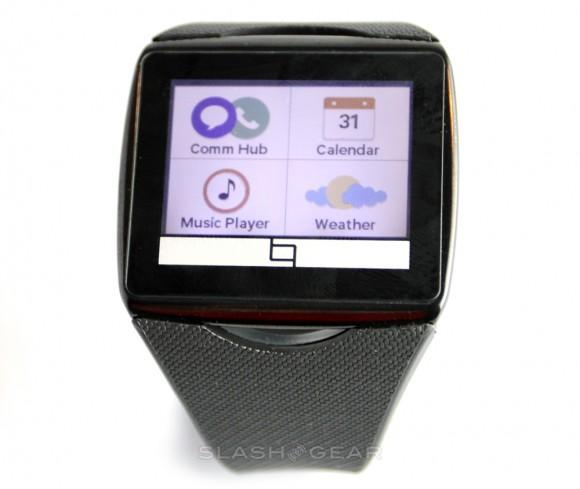 The Toq works with a display that’s set back from the glass panel just enough to make room for lighting to leak around its edges – this may not be what most modern smartphone users are used to seeing without some dismay, but thus far we’ve found it mostly to the device’s benefit. We’ve certainly had no issues with visibility on the display, at least. 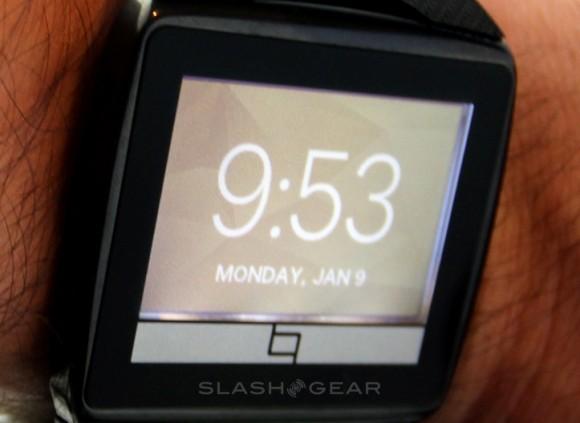 Before we go further you should be reminded that the article you’re looking at today is by no means a final review. We’ve literally taken the Qualcomm Toq out of the box and started writing, recording a video soon thereafter. You’ll not see any battery tests here, nor any app integrations – we’re just checking how the watch looks and feels initially. We’ll soon dive in deep with how well Bluetooth 3.0 serves in connecting with the device and where the apps are going right out the gate as well. 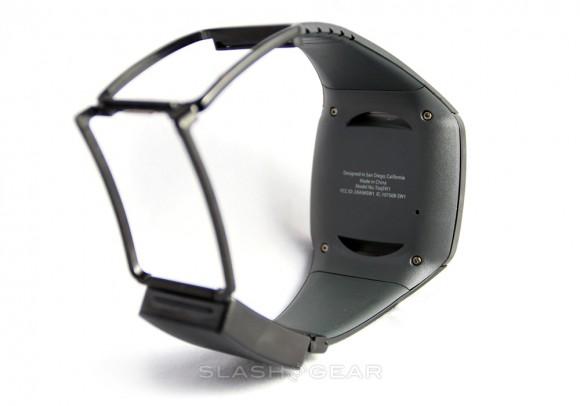 The Qualcomm Toq feels nice on the wrist. Of all the smartwatches on the market today, this one feels most like the Samsung Galaxy Gear, mostly due to its reinforced thick rubbery bands, both of them large enough to contain basic hardware bits. This isn’t the kind of watch that will go unnoticed, either, even if it lacks the massive lens that the Samsung device sports. 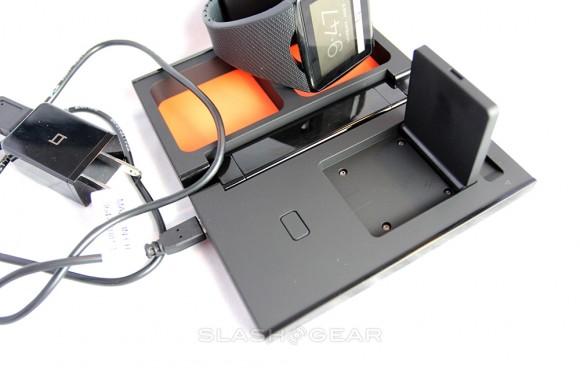 What we’ll be doing over the next few days is seeing how long this device lasts in the field for battery time, seeing how realistic it is to use the watch as an everyday standard wearable, and seeing what it’s like to depend on this device instead of, say, the Sony Smartwatch 2. You’ll know good and well which of today’s smartwatches works best for which user by the end of this year – stay tuned for the Qualcomm Toq next up!