You can’t accuse Sony of lacking faith in the SmartWatch 2; in fact, the company is keen to point out that it has made a few attempts at the segment before. “Competitors are only now launching first generation devices,” Sony’s Stefan K. Persson, head of companion products, said of the launch, “while we are already launching a 3rd generation device.” According to Persson it’s an opportunity to show what “all the insight gained from over half a million customers” can do to your wearable strategy, but does the SmartWatch 2 really earn its place on your wrist?

That consumer feedback, mind you, hasn’t necessarily made for comfortable listening for Sony. Its first smartwatch, the Sony Ericsson LiveView of 2010, certainly looked the part: compact, packing OLED and promising plenty from rising star Android. In practice, though, it stumbled at some of the earliest hurdles. Connection stability was the biggest frustration, often dropping its Bluetooth link with your smartphone or tablet and then requiring a power-cycle before it would repair, but even once the connection was solid then navigating through the interface was a chore.

Meanwhile, although the simplest functionality – like caller ID – worked okay, the more advanced features delivered with the LiveView’s plugin support did not. Sony Ericsson attempted to polish things up with firmware updates, but it was only when the Sony SmartWatch arrived early last year that things started to look up. 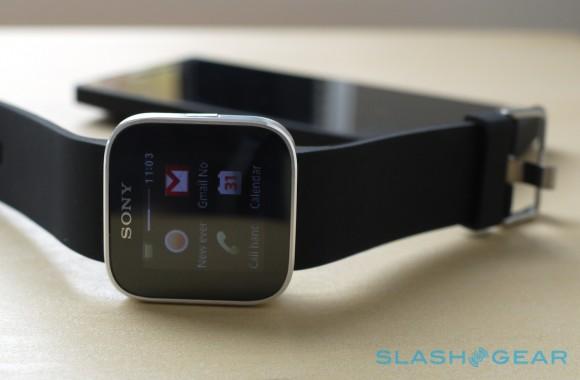 Gone were the clunky navigation keys, replaced with a touchscreen, and the Bluetooth connection proved far more stable than the initial model. I still found myself questioning the overall value, though: yes, you can read a message, but you’ll still be pulling out your phone if you want to actually respond to it. The battery life got through a day or two, but nothing more. And Sony seemed to be ignoring the real benefits of Android, like the voice control feature which could’ve made the SmartWatch a true gateway to actually getting things done, rather than just a window onto the subject line of emails.

Now, the LiveView is only a mediocre memory. Sony has rebranded and repositioned the SmartWatch as a developer platform, hoping to entice third-party coders to cook up apps and services that will kick the wearable segment out of its uncertainty.

What’s the takeaway? A few key factors need to be handled right if you want a chance out of the gate – rock-solid connectivity, for a start, then an interface that’s straightforward and responsive enough to be used in snatched moments. Sufficient battery life that you can not only go through the day but a few days without having another gadget to worry about plugging in. That’s before you get to aesthetics: if you want to entice either existing watch owners or those new to wearables, it needs to be something appealing enough to encourage wearing it on a wrist.

Since the last SmartWatch, we’ve seen a fresh take on the segment from Pebble, and heard plenty about the oft-rumored Apple “iWatch”. Intel is believed to be weighing in too, potentially with some Cupertino involvement.

So, how does the Sony SmartWatch 2 hold up? There are some obvious concerns out of the gate, undoubtedly. Sony has opted for Bluetooth 3.0, not Bluetooth 4.0 with its low-energy capabilities, and while we’ve seen stable results even with v2.1 on the Pebble, I can’t help but be disappointed that the more frugal standard hasn’t been adopted. Battery life is an estimated 3-4 days of average use, which I’d say is the minimum you should expect from a smartwatch; whether it’ll hold up in practice we obviously won’t know until the first reviews are out. 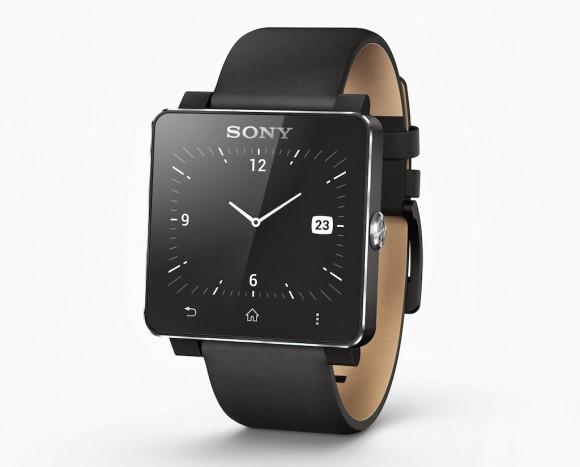 Is it attractive enough? That’s subjective, but at least Sony has ditched the plastic in favor of stainless steel and waterproofing; the ability to switch out the supplied strap for any 24mm example is a nice touch too, and something we appreciated with Pebble. It’s not small, mind, and it’s blocky.

The biggest missed opportunity, though, looks to be Sony overlooking the core advantages of Android, just like it did before. Sure, you get the text, music, call, email, and Google+ alerts, but there’s still no native Google Now support. There’s no ability to trigger Android voice actions and control your phone while it’s still in your pocket or bag. In short, nothing that works proactively for you, or takes advantage of that privileged place on your wrist – not stuck in your jacket most of the time – to do more than preview every single beep and alert your phone makes.

There’s a sense that, for all Sony claims to have learned from two previous iterations of wearables, it’s still trying to deliver the same experience: the Android notification bar squeezed onto your wrist. Perhaps that’s sufficient for some, though in my experience casual smartphone users aren’t active enough to demand it, while power users (to whom wearables generally appeal the most) demand more from it. I’m not entirely sure how big the “just right” segment of users in-between is, and whether it will supply Sony with enough buyers to make the SmartWatch 2 a success.