The smartwatch era is officially here and Qualcomm has just announced their very own smartwatch to rival the Galaxy Gear, and many others. Wearable computing is only going to grow, and Qualcomm wants to help lead the charge by jumping in early. Today at Qualcomm Uplinq 2013 they’ve announced the Qualcomm TOQ always-on smartwatch.

The next wave of mobile devices and experiences is here, and Qualcomm keeps quoting a saying, which is “The Digital 6th sense” where devices where bring a truly immersive experience like never before. One of many devices that will be taking advantage of this initiative is the TOQ watch. Always-on, days of battery life, and more. Yes we said days of battery life, not hours.

The exact details and specs aren’t yet known of the Qualcomm TOQ smartwatch, but obviously it will be powered by many of their own technologies. In order to deliver a thin, lightweight, yet efficient display that can promise all day battery life we have a Qualcomm Mirasol display. For those who don’t know, this is a completely different type of display technology. One which we’ve briefly seen in the past. 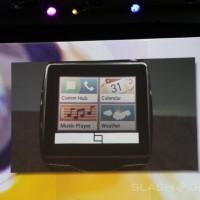 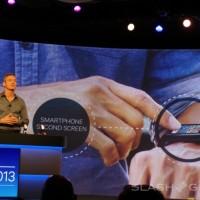 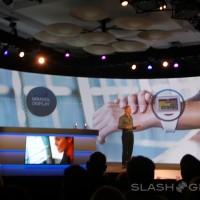 Of course being a watch and a “smartphone second screen” the TOQ will sync to your smartphone for all those quick notifications and alerts we’d like to view with ease. Calendar entries, email and message notifications, music player and more is all enabled. Here’s an initial sneak peak.

For now the TOQ will only work with Android, but it actually is running on Qualcomm’s own software, not Android. Using the usual Bluetooth radios for syncing and notifications, this will be your smartphone second-screen. If you’re asking how it’s so thin compared to even today’s just announced Galaxy Gear, that’s because the battery is in the band and clasp, rather than under the display.

While Qualcomm wants to jump on the wearable bandwagon with the TOQ, the more important role is likely the Mirasol display. Oh, and that all-day battery life will come in handy, but when you need to charge it supports wireless charging with the TOQ dock and charger. Which is included for the roughly $300 price point. We’ll update when we learn more. but expect this to hit the market in early October. 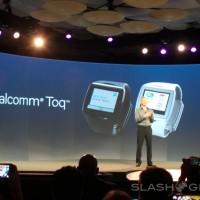 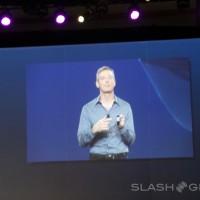 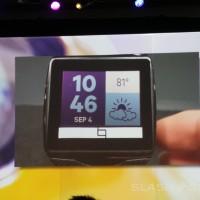 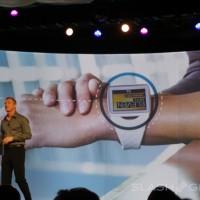 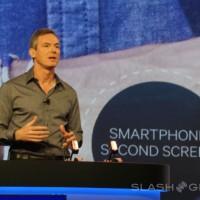 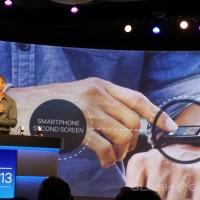 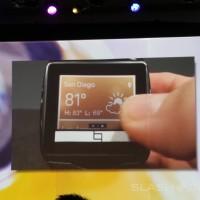