Don’t be turned off by the VR-like imagery in this article – this goes way beyond games, VR, and AR. Qualcomm-made headsets are about to get simple, easy to use, and able to be utilized in a number of different ways. If what Qualcomm’s got onboard with “Qualcomm Boundless XR for PC” is plausible, there’ll be no need for Oculus Rift, HTC Vive, Microsoft HoloLens, or mobile VR headsets of any sort. Those brands might just be using Qualcomm’s tech to replace what they’ve got today with what’s common tomorrow.

Qualcomm Boundless XR for PC is embodied in a headset that can function in two ways. In one way it’s a mobile VR headset running something like Android, with self-contained sensors and the ability to run VR and/or AR apps. This headset is also able to essentially function like a wireless PC VR headset, like this little number from HTC, in a smaller package. With less bunny ears action.

Qualcomm’s star of the show this year – here at GDC 2019 and at Mobile World Congress 2019 – is the Qualcomm Snapdragon 845 VR Development Kit. The specifications for this device are as follows. Don’t expect to buy this device at your local department store, because it won’t be there – instead, think of it as a template for what a mobile VR crossover device will be later this year. 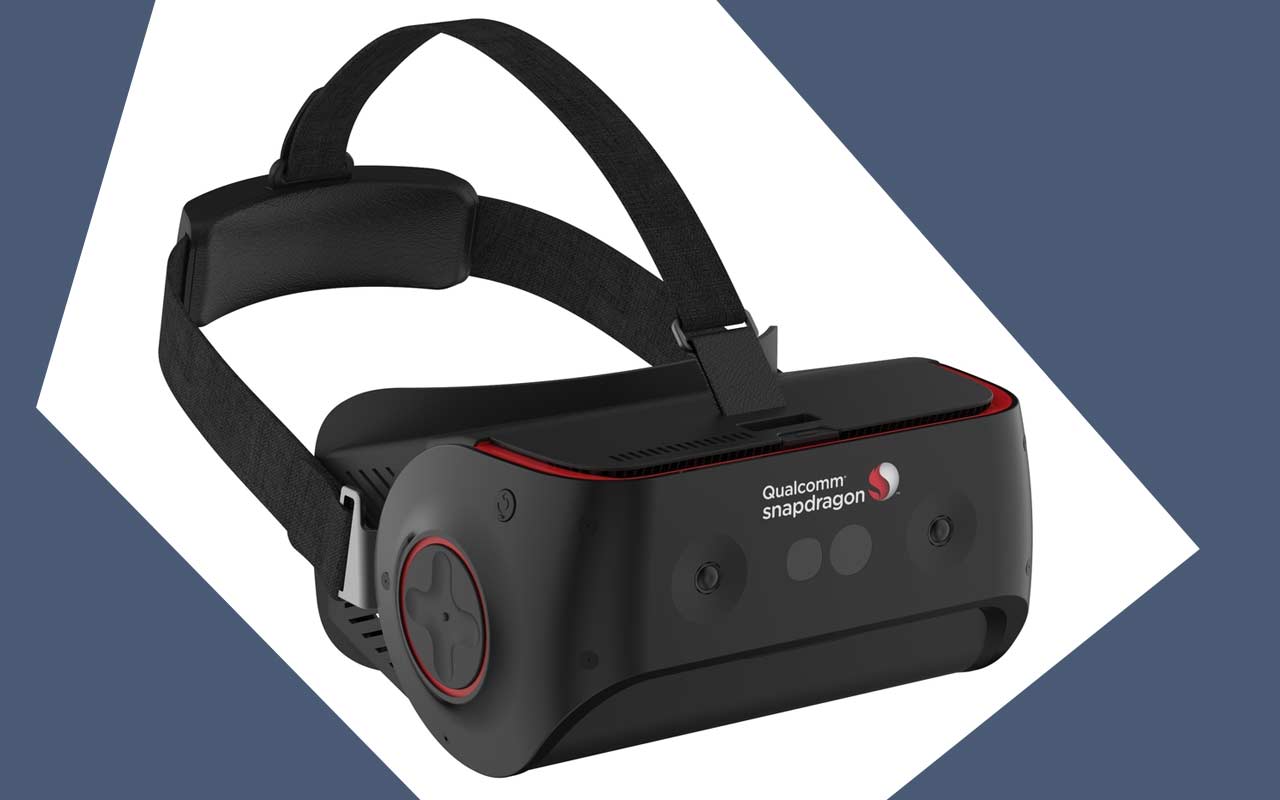 They’ve got a Qualcomm Snapdragon 845 processor inside, with eye tracking and 802.11ad wireless 60GHz connectivity. It’s a mobile VR and AR headset that can also function using a PC as an engine to boost its capabilities in a big way.

Qualcomm suggests that processing will be handled by the Snapdragon whilst in mobile mode, and both the Snapdragon and the PC’s processor(s) whilst in desktop mode. Connectivity to the PC takes place over 802.11ad Wi-Fi, locally.

In the future, this same sort of setup will work with 5G in place of wi-fi. Mobile 5G connectivity will allow PC-level VR and AR on mobile devices of all sorts. On the way to that future we’ll also be connecting headsets to smartphones via wires – most likely with USB-C right out the gate.

Once we get this whole 5G thing working, there’s really no stopping what’s coming. We don’t need smartphones with desktop-level processors inside to get desktop-level computing in our pocket. All we need is super-speed internet – and 5G networks are already nearly here!