The HTC VIVE Wireless Adapter is a bit of technology that changes the overall feeling of reality in a room-scale VR experience. This is an add-on to the original HTC VIVE and the HTC VIVE Pro. This adapter isn’t required to enter virtual reality, but it’ll make the process a lot less painful if you’re not particularly sure-footed. Less painful, that is, if you didn’t have a rough time setting up the VIVE in the first place.

When you’re working with a PC-based VR setup, you know you’re going to need some technical knowledge. At least for the setup process, you won’t just plug and play. It SHOULD be that simple, but it isn’t. Not quite yet, anyway.

With the HTC VIVE Wireless Adapter, you’ve got a more involved setup process than you’ll have had with either an HTC VIVE or an HTC VIVE Pro. The headset doesn’t require that you open up your PC and install a new part. With the Wireless Headset, you’ve gotta unscrew some screws. 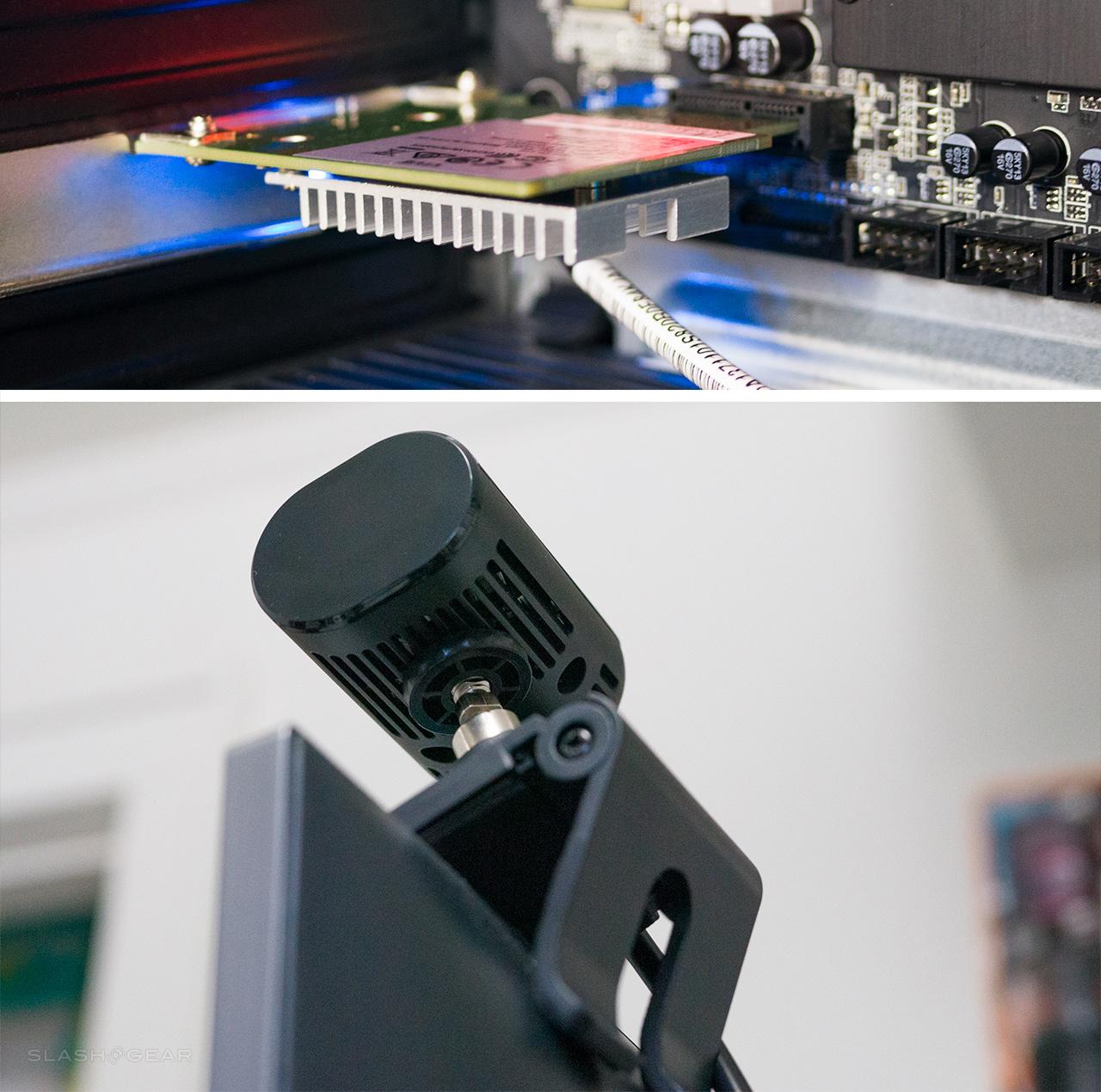 To begin, you’ll need an empty 1x PCIe slot to install a small board in your PC. This board provides a port through which you’ll connect a coaxial cord that runs up to a sensor. The sensor comes with a clip that’s meant to connect to your monitor. That’s assuming you’ve got a VR setup with a monitor front and center. If you don’t, you’ll simply need a different item unto which to clamp said sensor.

Once this sensor is connected to your PC, powered up, and positioned, you’ll need to download a bit of software. This process was quick and painless. Once the software for the wireless adapter was set up once, said software was automatic.

You’ll need to consider the placement of the wireless adapter when deciding whether purchase is sensible. It sits on the top of your head at a slight angle. This puts the device in perfect position to block you from using any sort of headphones that would otherwise run over your skull. 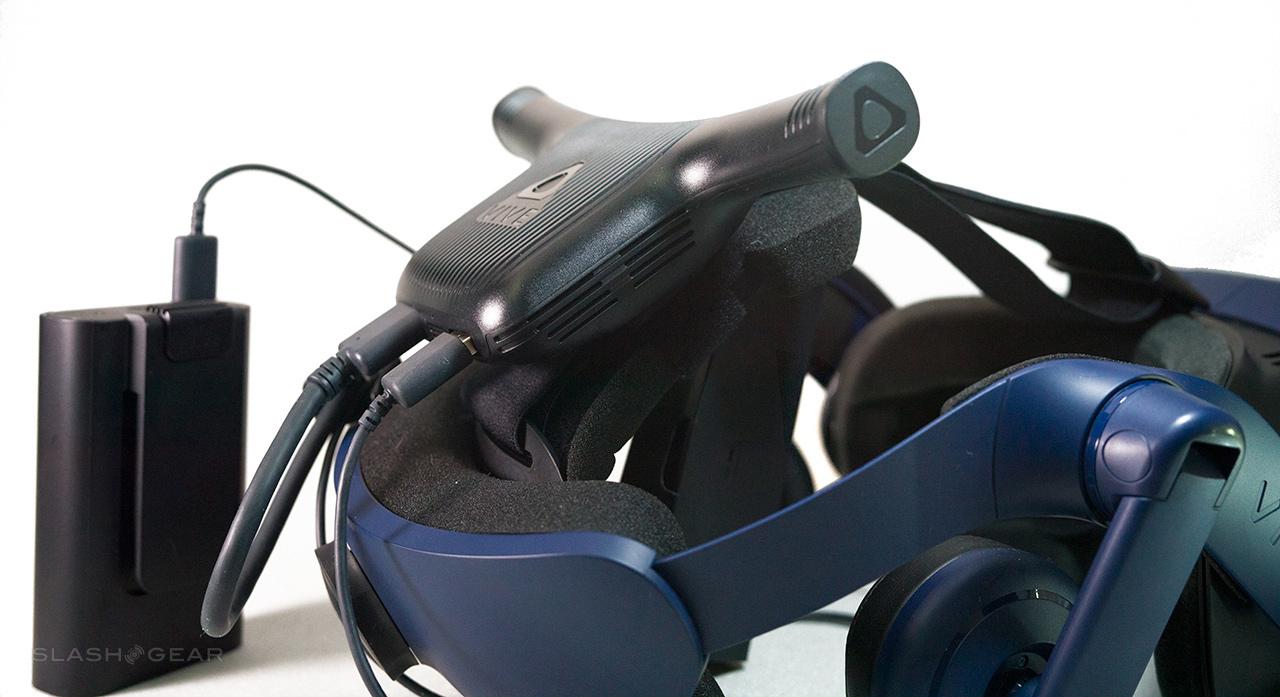 HTC seems to have developed this device assuming users would take the most HTC-centric route, that which includes the HTC deluxe audio strap. That can be purchased and attached to the original HTC VIVE, or you’ll get it right in the box with an HTC VIVE Pro. Earbuds or headphones with non-skull-top straps work OK, too.

To power the HTC VIVE or VIVE Pro when you’re using a Wireless Adapter, you’ll need the (included) power pack. I’ve not yet tested any other sort of power pack, so I’m not sure whether any other will do – but this one lasts for around two hours at a time. That’s well and above the amount of time I feel comfortable with any VR headset on, per session. 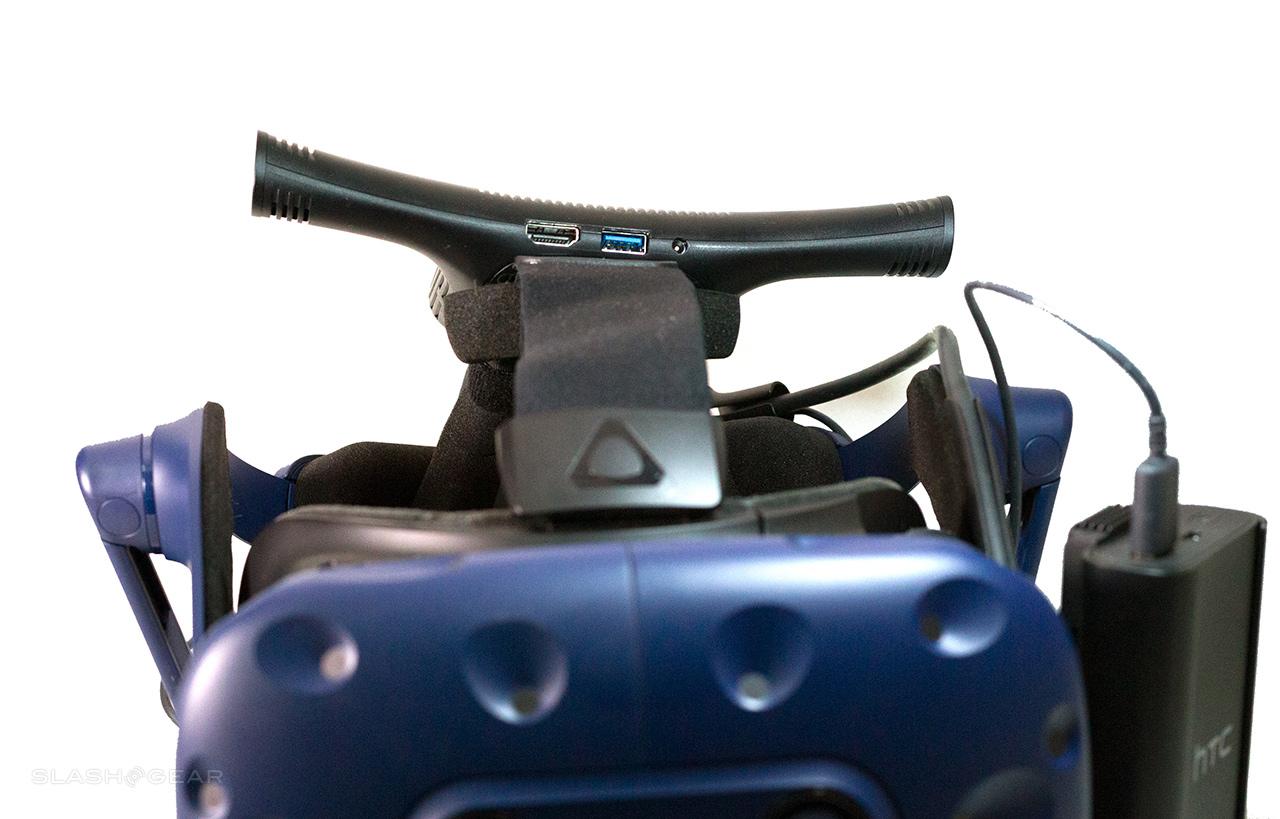 Wearing the headset adds a tiny bit of weight to the top of your head. I did not find it a discomfort, and only ever really took note of the weight when I stopped myself to see if I could feel said hardware while playing a game. The vast majority of the time I forgot I had the wireless adapter on in the first place.

NOTE: If you have an AMD Ryzen CPU, you might want to take a peek at the Viveport community thread on issues some users had in the latter half of 2018 (and possibly beyond).

As it is with any sort of unique system such as this, it’s difficult to judge its worth compared to any other device. That’s mostly because there really isn’t a VR experience out there quite like this – not on this level. In the HTC VIVE PRO especially, with the Wireless Adapter, we’ve got in our hands and on our head the most advanced and realistic virtual reality experience in the world – and its right here in our living room.

But assuming you’re planning on being a casual VR user, you might want to reconsider going all-in. If you’re only looking for a few small games, maybe something to impress house guests, that sort of thing, I suggest you get something like an Oculus Go or even find yourself a 3rd-party VR headset that holds your smartphone. If you just want to dip your toe in the water, you might only have to spend a few bucks. If you want to jump in head first and down deep, you’ll want to go with VIVE PRO and the Wireless Adapter – all in.

You’ll find the HTC VIVE Wireless Adapter for sale on Amazon for right around $300, with free shipping. If you have an HTC VIVE Pro, you’ll want to get the Pro Add-On as well – that’ll run an extra $60. If you’re already in deep enough to own a Vive and a PC that runs VR apps well, buying a Vive Wireless Adapter should be a no-brainer.