PS5 guide to leaks and confirmed details before release

Today we’re looking at the Sony PlayStation 5, or PS5, using all the information we’ve gathered over the last few weeks. Today is a special day in that over the last 24 hours, we’ve learned more than was leaked over the past couple of months. Today’s pack of information should be enough to assist your decision to start saving up cash to buy the PS5 (or to skip it and buy a few more PS4 games instead).

The Sony PlayStation 5 has a pair of keywords associated with it: Immersive and Seamless. We’ve heard this before, behind the scenes, and now again in the latest release from Sony which tells corporate affiliates of their current plan for the PlayStation 5. Their words indicate the PlayStation 5 with the phrase “Next-generation console.”

“Next-generation console: ‘Immersive’ experience created by dramatically increased graphics rendering speeds, achieved through the employment of further improved computational power and a customized ultra-fast, broadband SSD.” In a behind-the-scenes look at a PlayStation 5 (under development) presentation, we see PS5 operating at up to “eight times faster” than the PlayStation 4 Pro.

And what’s this “immersive” business about? It’s about things that are already here, sort of. The two major players in the “immersive” realm for PlayStation 5 are Remote Play and PlayStation Now (or PlayStationNow, or PSNow, if you prefer). In a corporate presentation this week, Sony showed that PSNow had over 700k subscribers, as of the end of March, 2019.

Sony’s plans for PSNow includes support of 1080p “and beyond” as well as “existing capacity investments support 5 mil subscriber base.” They’re already big, and they’re going a whole lot bigger. 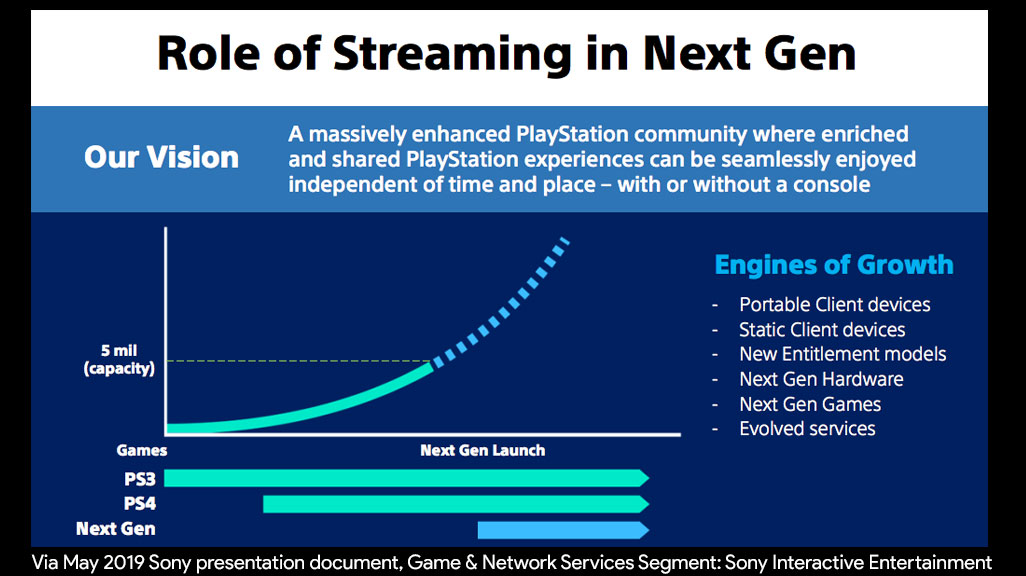 Sony’s been unwrapping the PlayStation 5 like a present. They’ve confirmed that there’ll be an “all new” CPU and GPU. They confirmed they’re pushing faster SSD, 3D audio, and the future of gaming graphics: Ray Tracing. 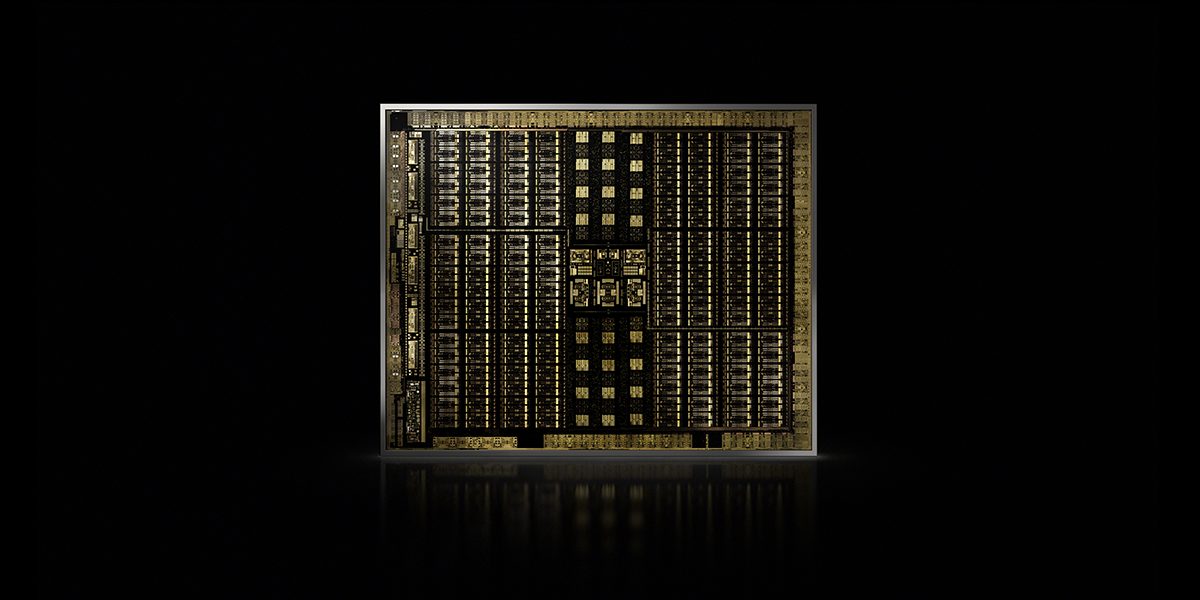 That MIGHT indicate they’re using an NVIDIA-made graphics processor, but we don’t know for sure. With Ray Tracing and NVIDIA’s recent BIG PUSH for Ray Tracing graphics, it’d make sense. But it’s not quite a lock just yet. 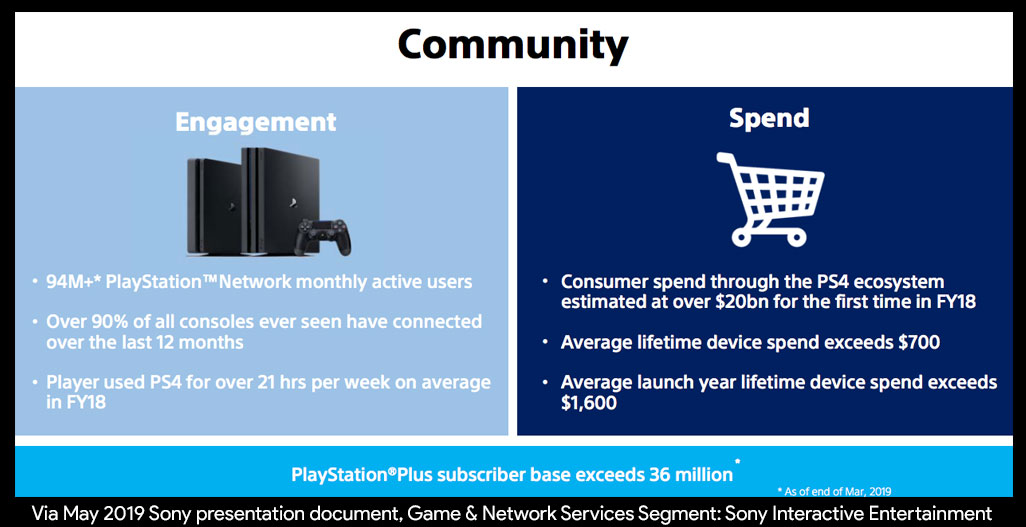 The PlayStation 5 will roll with the capacity to deliver 8K graphics. Even though most people don’t even have a 4K television yet, they want 8K graphics – because bigger and better is bigger and better. They’ve announced they’ll be supporting backwards compatibility as well – so keep your discs!

Sony’s big goal – their BIGGEST goal – is to make PlayStation “The Best Place to Play.” Whatever they need to do to get your gaming eyes, ears, and brain, they’re going to do it. Their aim, they’ve said to partners this week, is “leveraging the latest computing, streaming, cloud, and 5G technologies, together with excellent content.” 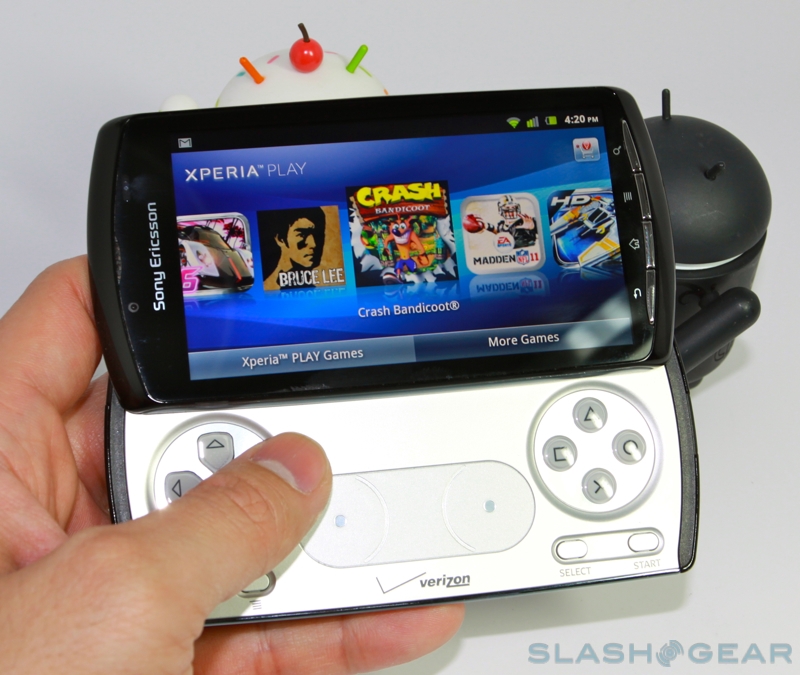 With 5G they’re likely referring to remote play via PS4 and 5, and PSNow. But imagine if they went back to the drawing board with a new Xperia Play-like PlayStation Phone. On Android they’d need to do battle with the Nintendo phone – but who wouldn’t?

Of vast importance but often left as a footnote by most companies is commentary on the role of the company with regard to the environment. It’s encouraging to see Sony include the following in their recent corporate documents: “As a member of the earth and society, Sony will continue to work to enhance its economic value while, at the same time, contributing to the environment and to society by creating social value through the business activities of the entire Sony Group.”