The next phase in Pokemon GO is coming very soon, as evidenced by several updates from Niantic, both in public and behind the scenes. As Niantic has suggested, three big updates to Pokemon GO will be initiated before the end of the year. One of these events has a lot to do with Promo Code releases. As the Promo Code section in the game APK download has been added, it won’t be long before the first part of the Pokemon GO event series is initiated.

1. Tradition as dictated by Ingress

In a rather intense post on Reddit as posted by user DavidJ93, Niantic’s past events are explained. In short – they’re pretty neat. Users are invited to take part in live events where a global narrative is created. Watch the following video to see how dedicated some users are to Ingress – a game that’s been surpassed in popularity by Pokemon GO in a very, very short time.

The slightly more complicated nature of the game in Ingress means that it lends itself to events like these. Pokemon GO events can’t exactly take on this same shape – not in the state it’s in right this minute. As such, it’s likely the first events will be different from those later on – or that the Gym Update will come before the Events Series begins.

If past Ingress events are any indication of what’ll be given away at Pokemon GO events, we’ll likely see items as described by Niantic in their first Promo Codes release. This release was joined by the hype train and did not include the Master Ball. We’ve been waiting for the Master Ball to appear for months – ever since it first appeared in the code of the game – along with its accompanying image, the same size as the rest of the Pokeballs.

The same Reddit user as linked above gave us a big rundown of how Promo Codes work in Ingress. If what Niantic has found to work in the past is used in Pokemon GO, and we have no reason to believe otherwise, Codes will come in several ways. These ways will quite likely be implemented in the code in Pokemon GO within the next few weeks, unless some disaster strikes.

As we know from previous chats with Niantic’s John Hanke, Niantic is deadly serious about how deep their game’s narratives go. They’re really, really good at making their games a part of the lives of their players. They’re going to bring Pokemon GO to a whole new level with these codes, of that we can be sure.

Changes to the Game_Master code come at a time between 3 days and 6 days before a major update. This has almost always been true, regardless of how wild and crazy it sounds. If this pattern persists, the next update will be happening between 2 and 5 days from now, as the last update was just over 21 hours ago from the time this article is set to be published. 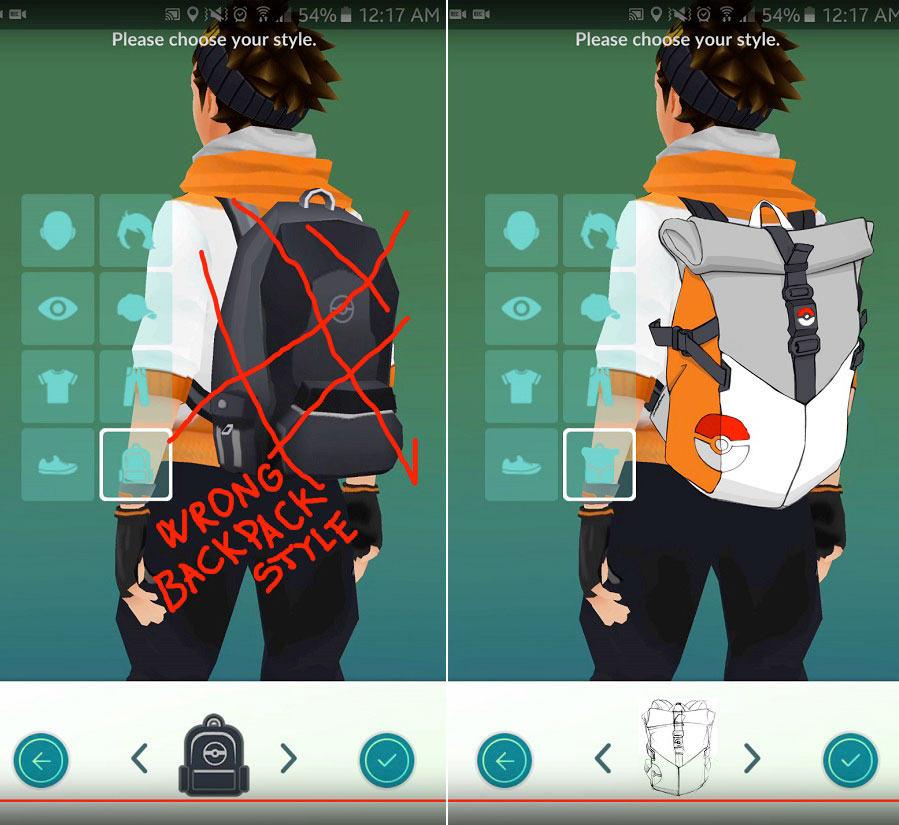 The above image comes from the folks at Carryology. They’ve made an awesome (yet unrelated to the code we speak of) feature called Designing a new Pokemon GO backpack. It’s worth a perusal to be sure.

The change that was made was tiny, but any change is significant. The change included the addition of a new PLAYER_AVATAR_FEMALE backpack. This could indicate that codes could be used to give away special avatar customizations, not unlike what we saw with the Magikarp Event and the Magikarp Hat. Or I could be reading WAY too far into this because I want Pokemon GO Promo Codes to come out right this minute.

It’s been what feels like many moons since the last time Niantic had a big event – in actuality it’s been about a week short of a month. That last event was the Easter Event, AKA the “Eggstravaganza” as Niantic called it. In that event, Pokemon eggs were stuffed with oddities and rarities. Since then, there’s been very little from Niantic in the way of chat on the future.

Around the time of the first several events in the game, there was one event every month, always near the end of the month. If the one-month period between events continues as it has this year, there’s a good chance we’ll see the next update inside the next week. Again, the appearance of the Promo Codes section in the game is essentially the Silver Surfer to the next event’s Galactus.

It’s officially the longest period of time between holidays right now – we’ll be losing our minds with Summer Madness by the time Autumn is here. That’ll be Halloween, also known as the time when Niantic ran its first ever official Pokemon GO event. In the game, Pokemon of the Ghost-type variety were given a boost and appeared en masse around the world.

In the events that happen between now and Halloween 2017, there’ll be far too much time to go without an event in the game. Niantic knows that as Summer approaches, so too approaches their game’s prime time for playing. Kids are being let out of school and need to get their exercise on.

As mentioned by FastCoDesign in an interview with The Knight Foundation VP Sam Gill. The first event is part of a “multiyear commitment” to promote civic engagement in communities. “We were excited to see someone who had seemingly cracked the code of how to use this device we’re all carrying around to go out and interact with each other,” said Gill.

This first event will take place on May 7th in Charlotte, North Carolina. This is not a Pokemon GO-exclusive event, but a sort of piggyback on the already-awesome OpenStreets704. Closing off streets to cars and encouraging people to come out of their homes to explore the city – that’s what that’s all about. 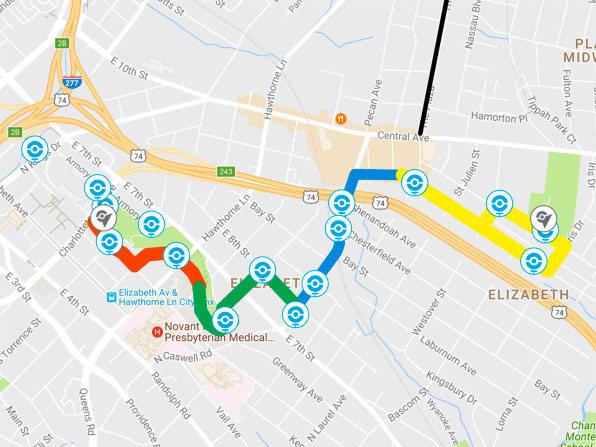 Above you’ll see an image provided to FastCoDesign by Niantic – an image which, oddly, isn’t posted to Niantic’s Pokemon GO page. Nor is it mentioned by any of Niantic’s social media accounts. It could be that they’re just allowing Fast.Co to grab some hits before they put it on blast. Regardless of the circumstances under which it was posted, it’s a map made by Niantic showing the route on which OpenStreets704 is taking place. This map may also appear in the game itself, somehow – and all the PokeStops will be specially marked for the duration of the event.

To see more deep dives into the future of Pokemon GO, have a peek at our information portal. All the doors are found at the Twitter account @TeamPokemonGO, where the memes are sure to follow. This is but a taste of what’s to come in this wild and expanding world of Pokemon.