Porsche has dated its second all-electric car, the Taycan Cross Turismo, giving the Taycan EV its first derivative in the shape of a crossover. The launch comes after three different versions of the Tesla-rivaling Taycan, and will pave the way for another all-electric Porsche with a more familiar name for fans of the brand.

Like with the original Taycan, Porsche clearly telegraphed what to expect from the Taycan Cross Turismo. The automaker previewed the EV with the Mission E Cross Turismo back in early 2018, a more upright version of what at that point was still known as the Mission E sedan.

Falling somewhere between a crossover and a wagon-style Panamera Sport Turismo, the Mission E Cross Turismo was very obviously a thinly-disguised production variant. Then again, that was no bad thing. Its slightly higher ride height and sloping rear promised a more elevated driving position and greater rear seat headroom. 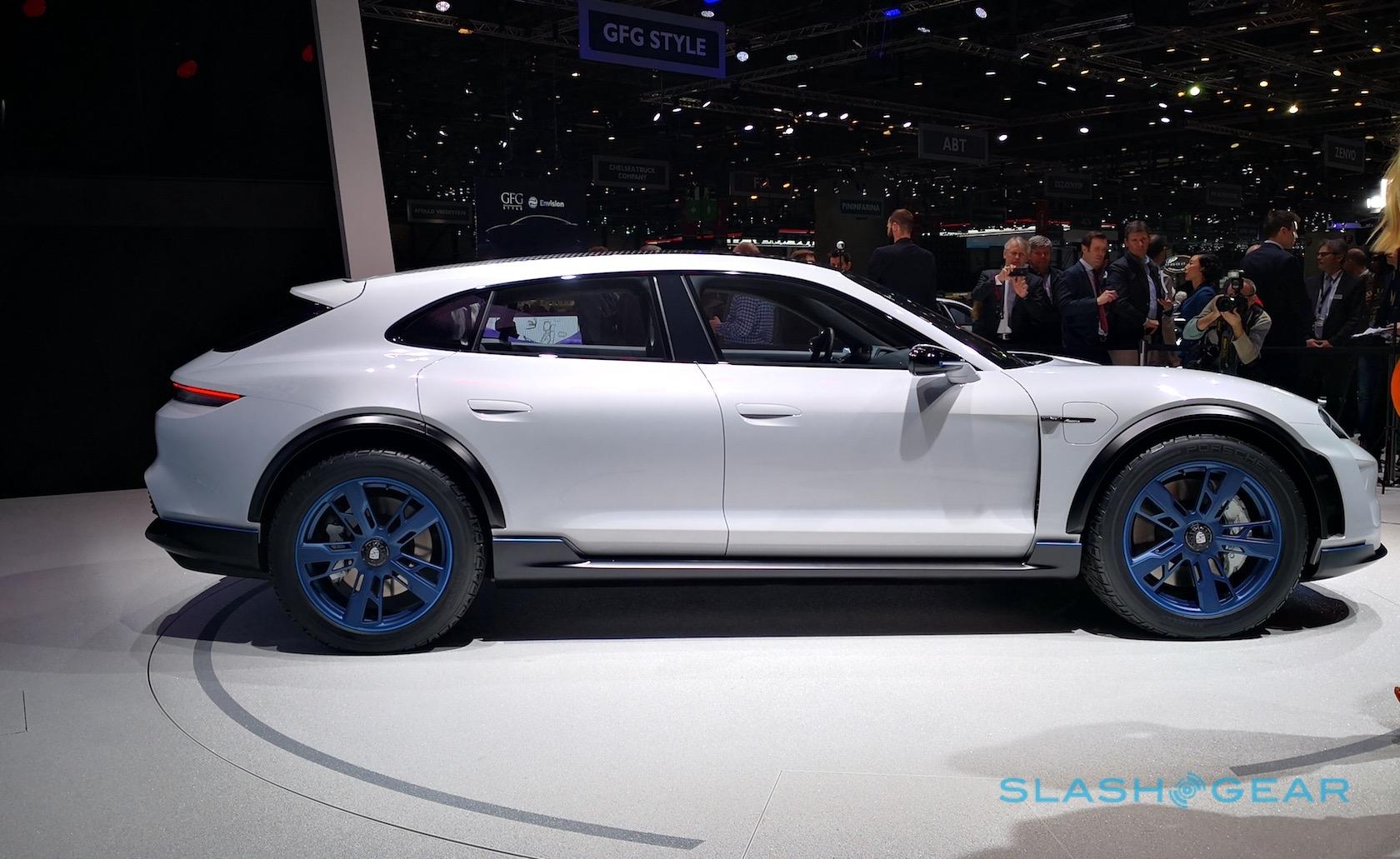 Come October 2018 and Porsche was already confirming that it would be putting the concept into production. Now, in its Annual & Sustainability report for 2019, it’s giving an update on when we can expect the Taycan Cross Turismo. That’s apparently on track for later this year.

“The first derivative to be added will be the Taycan Cross Turismo, pegged for late 2020,” Porsche confirmed today. It’s an aggressive roadmap, considering deliveries of the Taycan sedan only began in December 2019.

Exact specifications for the Taycan Cross Turismo haven’t been shared. Back when it first showed off the concept, Porsche suggested it could do 0-62 mph in under 3.5 seconds and would come with all-wheel drive as standard, along with an adaptive air suspension system that could raise and lower the car. Right now, we’d expect similar figures to those of the Taycan, albeit with a slight hit on performance given the more upright design.

After the Taycan Cross Turismo, another Porsche crossover EV

Beyond the Taycan and Taycan Cross Turismo it’ll be the turn of a familiar name to get the electric treatment. Porsche already confirmed that the next-generation Macan would be electric, announcing at the start of 2019 that it had EV plans for its best-selling compact crossover.

Today, Porsche confirmed that it expects the EV crossover “to roll off the assembly line at the start of the 2020s.” It’ll be produced at the automaker’s expanded Leipzig plant, which has been given a complete makeover to manufacture Porsche’s electric models.

It’s a bold step. The Macan was Porsche’s best-selling vehicle in 2019, with almost 100,000 cars delivered worldwide. That’s growth of 16-percent over the previous year. It won’t be doing things by halves, either: “the next generation of compact SUVs under the Macan label will also be all-electric,” Porsche said today.