The Polestar Precept was meant to be the electric automaker’s big Geneva splash, but even if the car show didn’t go on, that’s not to say the shapely concept can’t get its moment in the spotlight. The luxury four-door GT is a striking manifesto, the automaker says, of what’s to come, and now we have more details about exactly what that means.

On the one hand, you have Polestar’s production line-up. That kicked off with the Polestar 1, a hybrid grand tourer coupe that started out life as a Volvo concept. Polestar widened the gap with its Swedish cousin a little further with the all-electric Polestar 2, a more affordable fastback EV that just began production in China. 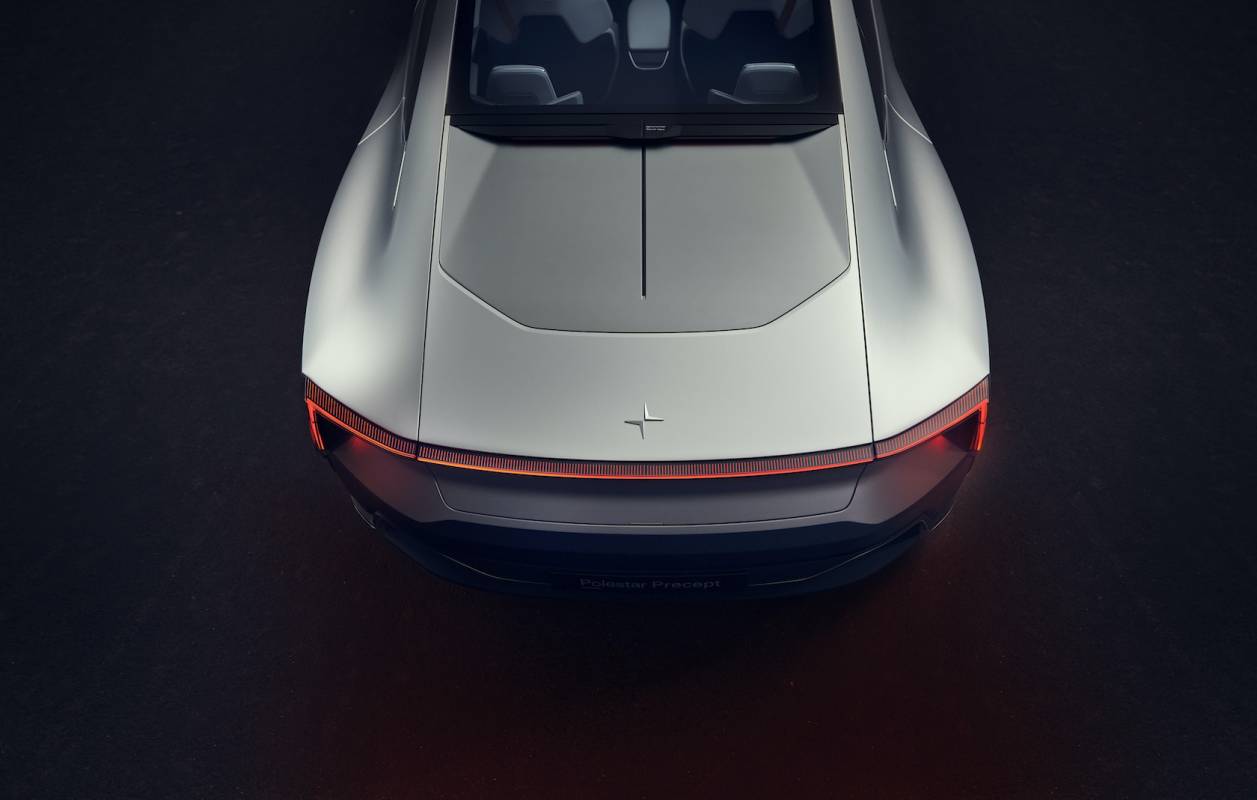 Next up will be the Polestar 3, the brand’s first SUV. Down the line, though, we can expect even more Polestar Precept cues to make their way into the line-up, and not just in terms of styling. After all, there’s a strong sustainability message here, too.

Other automakers have flirted with green materials, from recycled plastics through to “vegan leather” for the seat surfaces. The Precept’s conceit, though, is one of blunt honesty. Rather than draping the car in the traditions of luxury – wood, leather, and metal – and hiding the eco-friendly stuff behind that, Polestar’s concept puts it front and center. 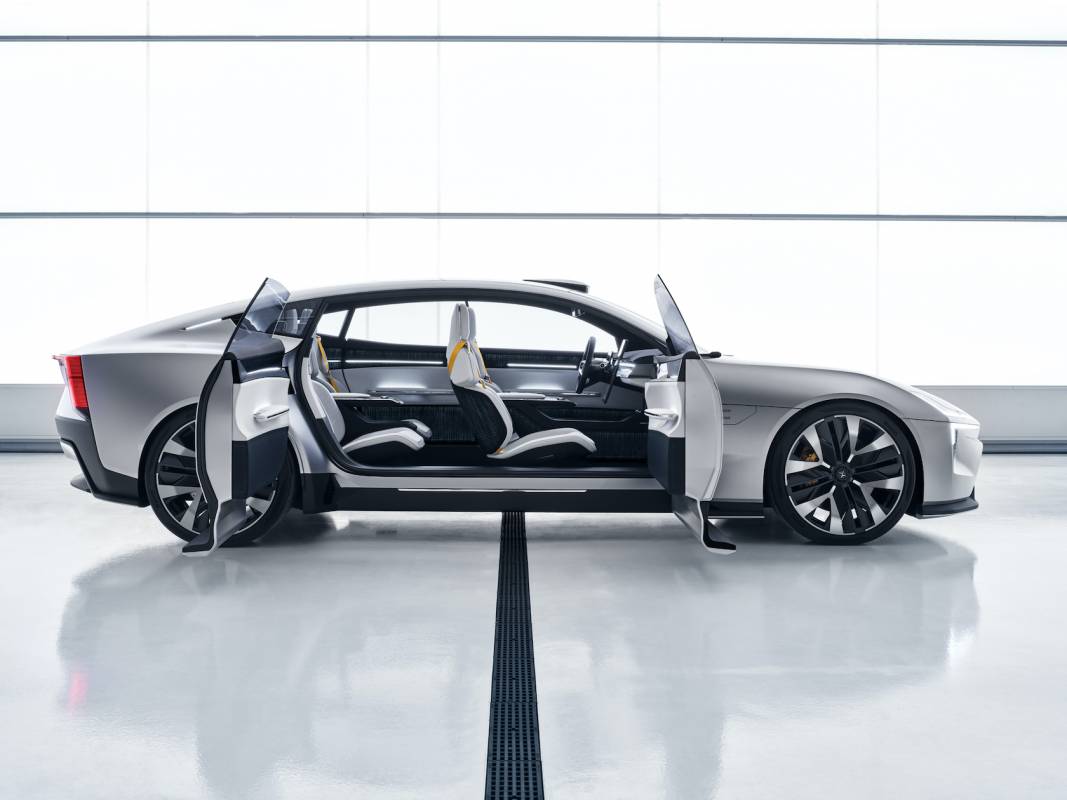 There’s flax-based natural composite to replace plastics, and a clever powerRibs technology developed by partner Bcomp that uses leaf vein-like ribs to boost structural strength while saving weight. 3D knitted fabrics made from recycled PET bottles use a single thread, avoiding waste and shavings; the carpets are made from Nylon 6, recovered from old fishing nets, while the vinyl in the seat bolsters and headrests is sourced from recycled and waste wine bottle cork.

What distinguishes them all is how visible they are. Polestar even backlights the more striking materials in the cabin, making a feature of its green cred. Similarly, outside there’s a blunt honesty in the Precept’s aesthetic. 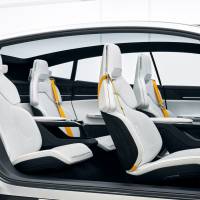 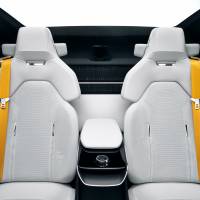 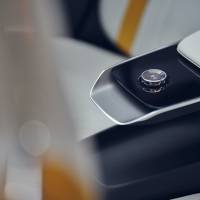 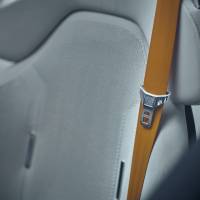 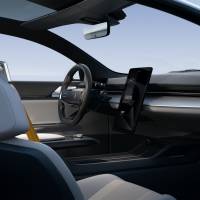 Yes, there are big 22-inch wheels, Thor’s hammer front lights – with a new, split signature look that seems destined to Polestar production models – and similar beguiling rear lamp clusters reminiscent of those on the Polestar 1. Just as obvious, however, are the tech accouterments that most automakers try to hide. The roof-mounted LIDAR; radar and ultrasonics embedded where an internal-combustion car’s grille would be; and SmartZones sensor hubs on either side. 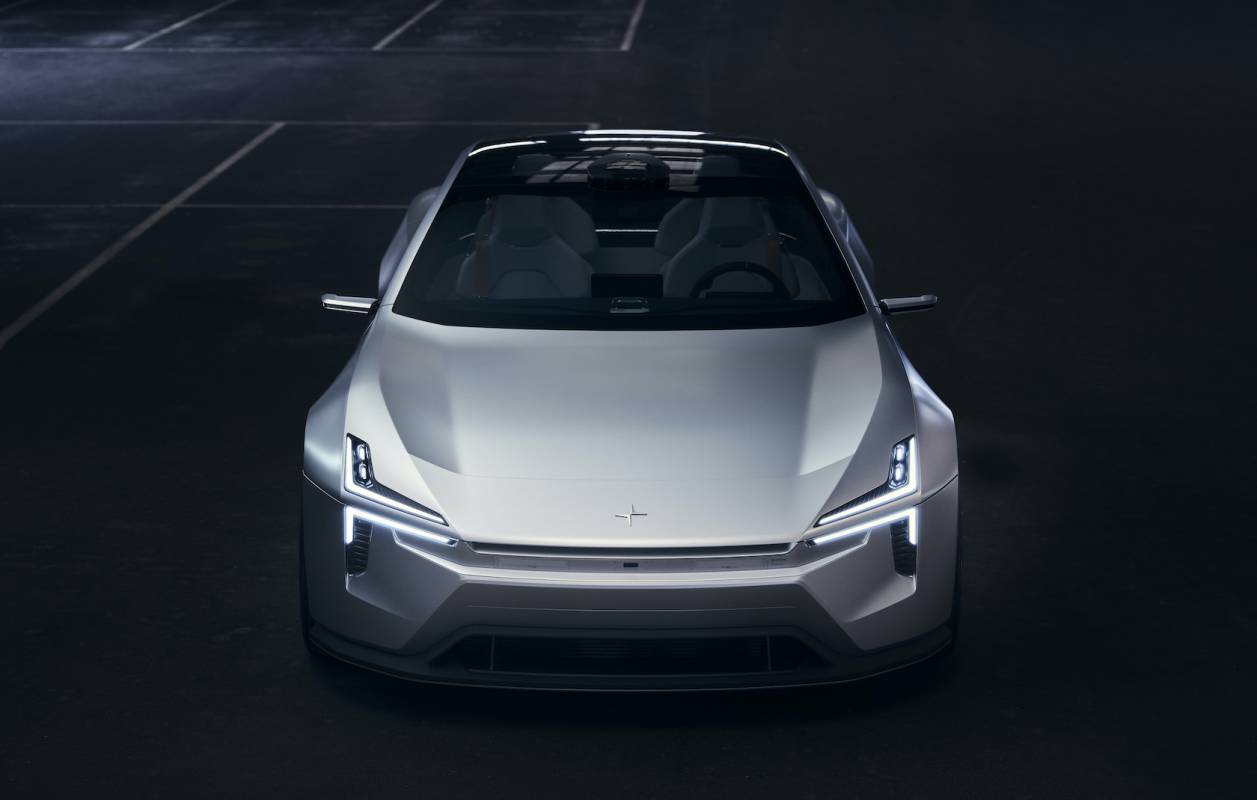 If you’re going to be high-tech, the message seems to be, why not be resolutely confident in that decision. Precept’s scant detailing, pared back with the sort of fiendish Scandinavian restraint you’d expect from a Head of Design called Maximilian Missoni, follows the less-is-more school of form and function. The texture – blending from gloss to matte, with hardly a scrap of chrome – is just as important as the shape. 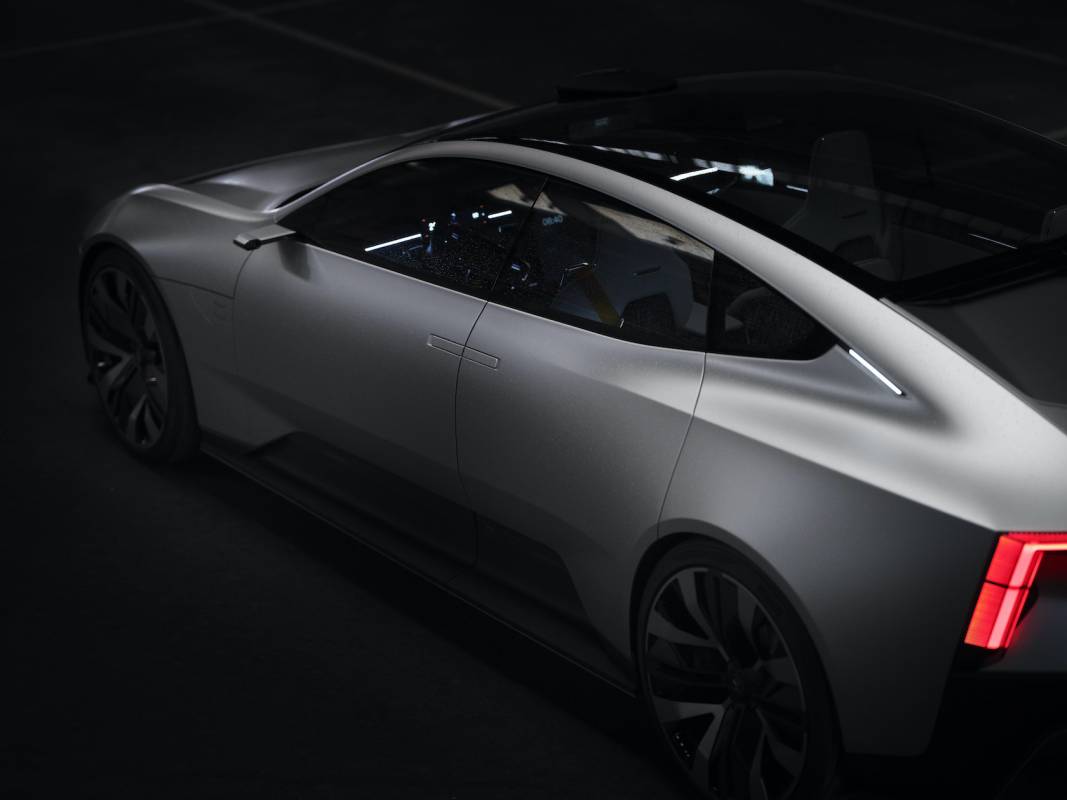 Rear-hinged doors are concept-friendly, of course, as is the sheer fact that the Precept is a long, lean, fastback coupe rather than an SUV, even if it’s the latter that dominates vehicle sales right now. All the better, though, for showcasing the new, Android Automotive-powered interior. 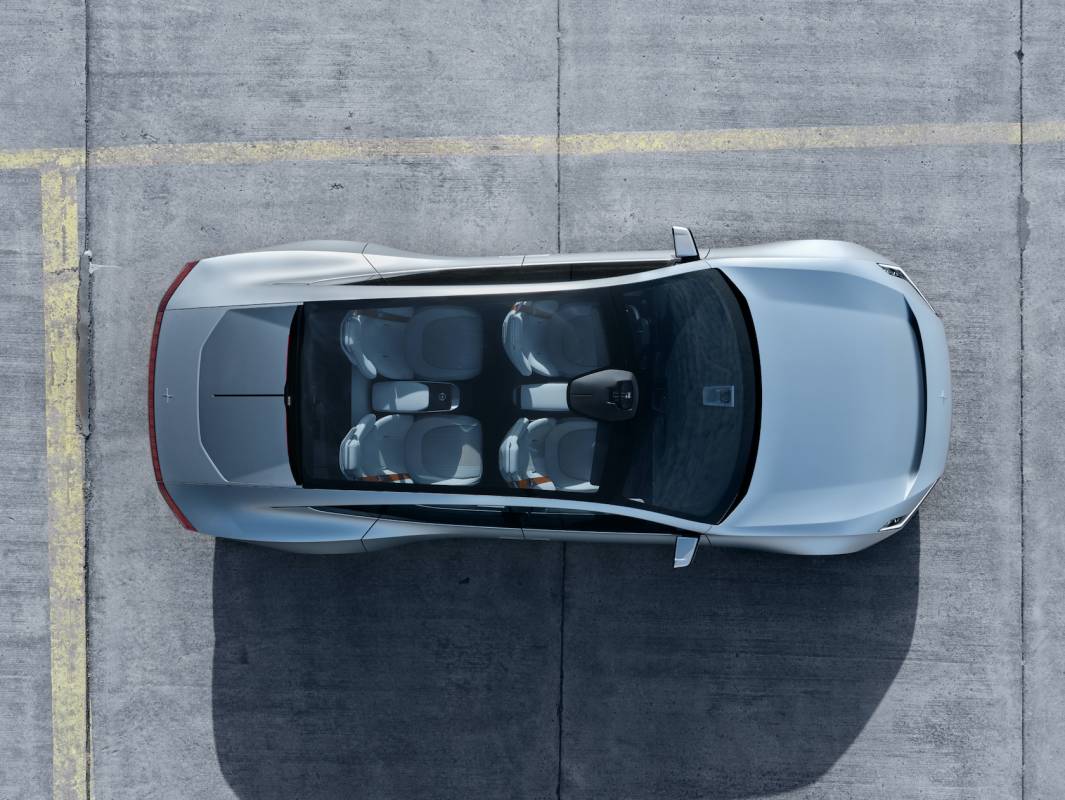 Building on the first version of the OS that will launch in the Polestar 2 this year, the Precept’s dashboard is dominated by a 15-inch touchscreen. That awakens when the Polestar Digital Key nears, and then uses proximity sensors to adjust what’s on-screen depending on where the user’s hand is. Eye-tracking in the 9-inch horizontal instrument cluster display trims the information presented back to the basics when you’re paying attention to the road ahead, only showing the full array of details when you’re actively looking at it.

Google Maps is onboard, of course, as is the Google Assistant. This time around, though, the navigation and the Advanced Driver Assistance Systems (ADAS) are combined, so that maneuvers can be based more accurately on traffic conditions and other road status. 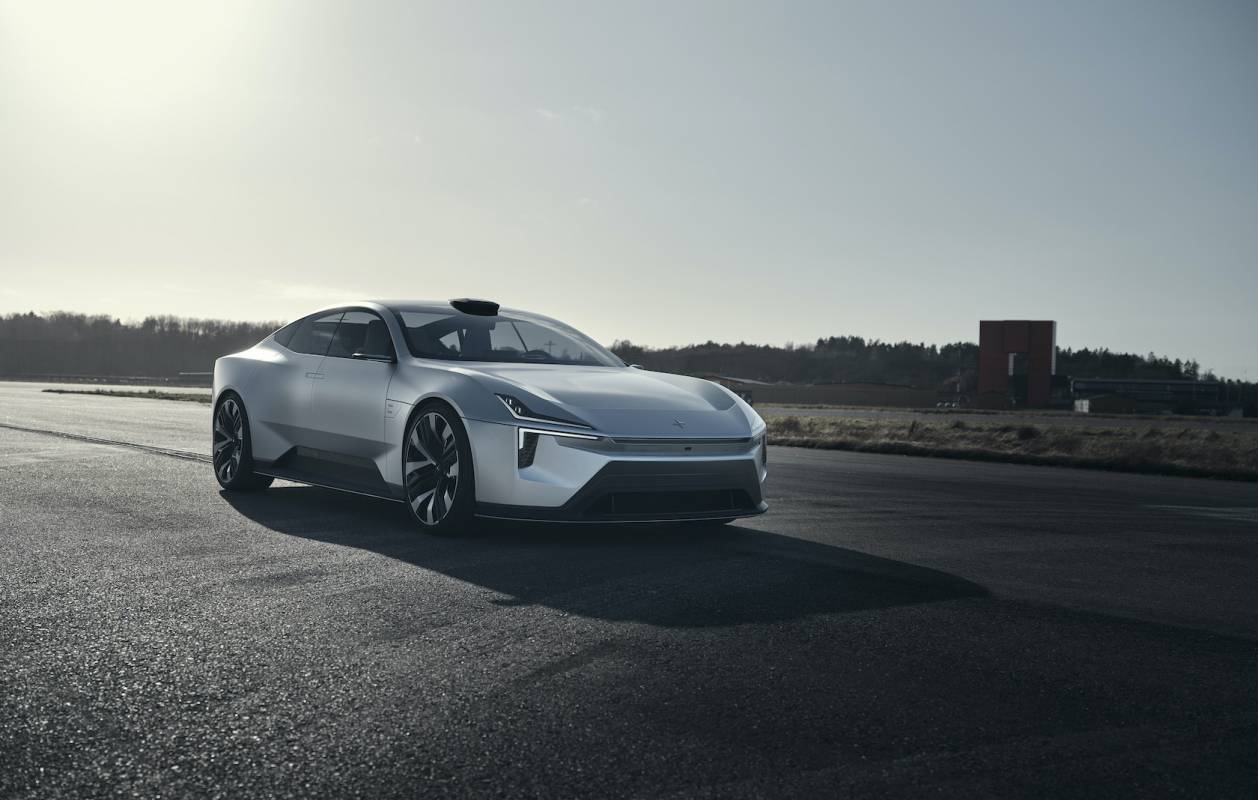 “People ask me all the time, ‘what is the future of Polestar?’,” company CEO Thomas Ingenlath says. “Of course we are not showing our future models just yet, but Precept shows you where we will be heading – our design direction, our ambitions about sustainability and the great digital user experience we will bring with those future cars. Precept showcases our future, not as a fancy dream or something out of a sci-fi movie. This is our reality, to come.”