The Polestar 2 has been revealed, and with it the Tesla Model 3 has arguably gained its most compelling rival. Second car from Volvo’s electric performance spin-off, the Polestar 2 will take aim at the premium compact electric segment that has served the Model 3 so well, when deliveries begin in early 2020.

First an aftermarket tuning company, then the in-house performance brand for Volvo Cars, Polestar was hewn off into a standalone automaker back in 2017. Jointly owned by Volvo and Geely, its focus was electrification and with a particular eye on performance cars.

The Polestar 1 set the scene, a former Volvo concept turned performance hybrid. Set to go into production this year, the limited-run coupe pairs a turbocharged and supercharged gas engine with a trio of electric motors, for a total of 600 horsepower. However it’s the Polestar 2 which really frames the automaker most effectively. 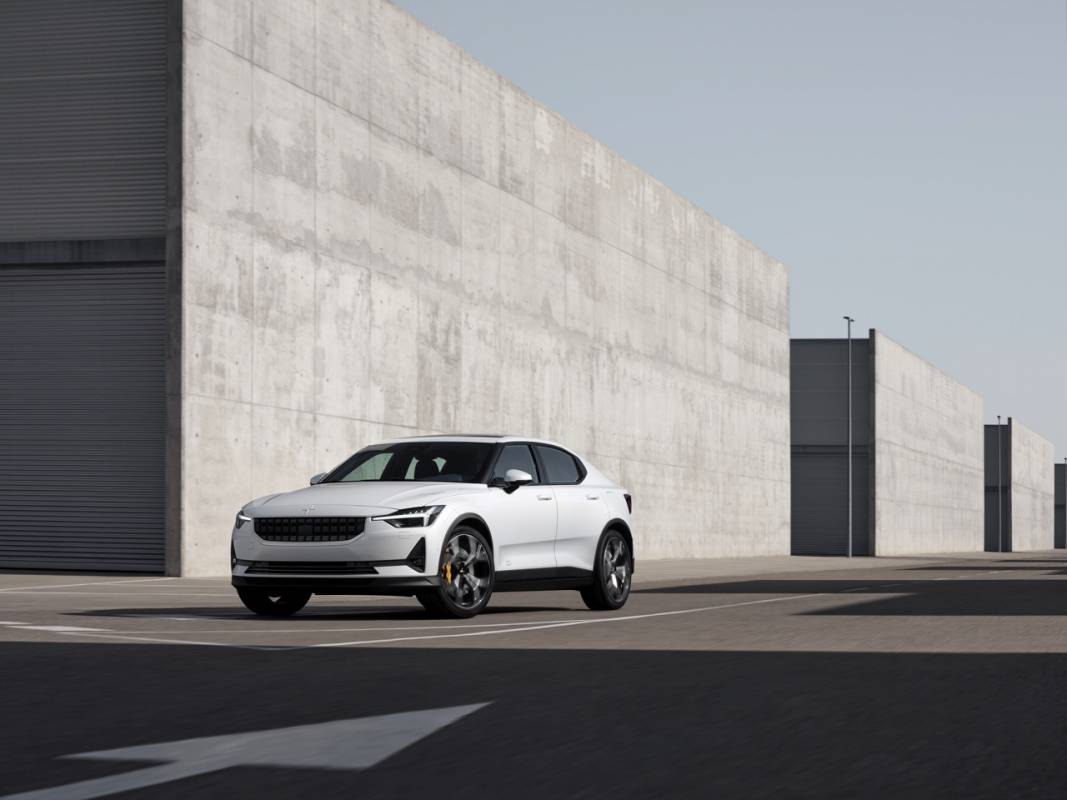 After all, it sets the scene for the true meat of Polestar’s strategy: fully-electric cars with the performance to put internal combustion engines to shame.

Polestar 2 by the numbers

Polestar gets the basics right. With a 78 kWh battery, the Polestar 2 is expected to get around 500 km (310 miles) on the European WLTP and Chinese NEDC test cycles. In the US, the automaker is targeting 275 miles on the EPA cycle.

Two electric motors will combine to give all-wheel drive and 408 horsepower. Torque will be even more impressive, at 487 lb-ft. Enough, Polestar says, to do 0-62 mph in under 5 seconds.

Clearly related to the Polestar 1, the new EV is sharper and bolder in its lines. It’s based on Volvo’s Compact Modular Architecture (CMA) platform, which underpins the Volvo XC40 crossover and will eventually form the basis of a Volvo-branded EV too.

Outside, there are Pixel LED headlamps and proximity lighting, with a custom welcome sequence. Frameless side mirrors and an illuminated Polestar logo will be repeated motifs for the automaker’s vehicles, and there’s a panoramic glass roof, too. Sadly the US and Canada will miss out on the trick lighting; you can blame legislation for that. 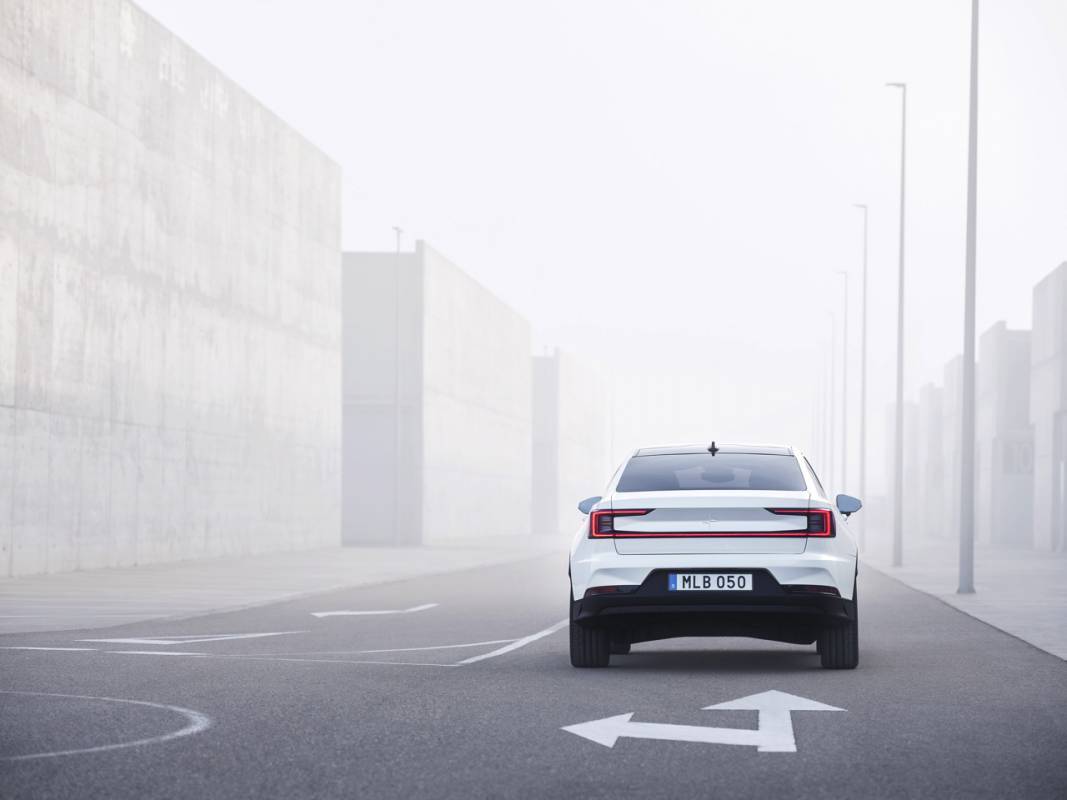 Even without the pack added, though, on the inside the Volvo influence is clear. That clean design is combined with a fully vegan portfolio of materials, consisting of textiles and technical fabrics rather than the traditional leather. The Polestar 2 will also introduce a brand new infotainment system.

Volvo Car Group inked a deal with Google to rebuild its infotainment system on Android back in 2017, and it’s the Polestar 2 which debuts that new technology. Though it may be similar at first glance to the Sensus system familiar from recent Volvo models, it has gained new features and a bigger display. In the case of the Polestar 2, that means a full 11-inch touchscreen in the center console. 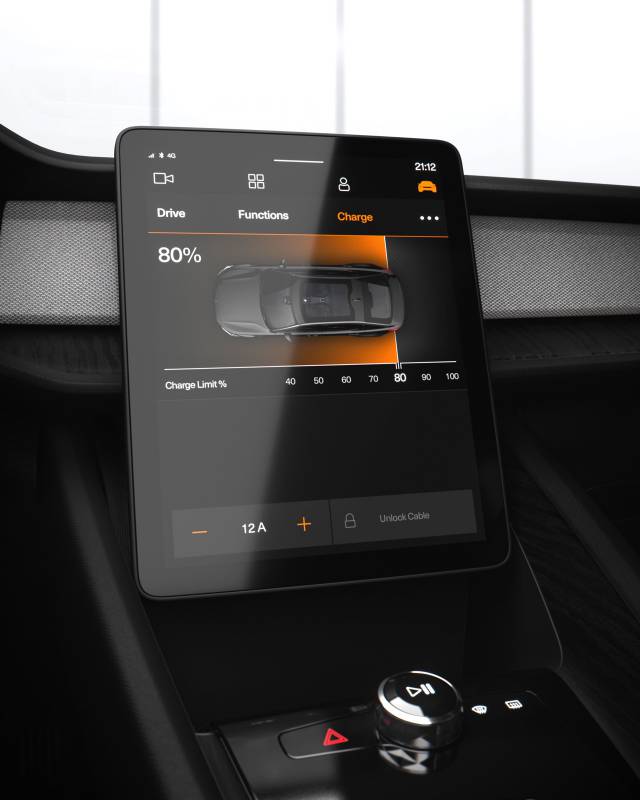 The Google Assistant takes on voice-controlled automotive duties, as well as all its usual features. Google Maps is the default navigation platform, and there’s the Google Play Store for downloading third-party apps like streaming media services. Customization to suit an electric vehicle – like guidance to the nearest charging stations – has also been added.

The driver’s phone is the Polestar 2’s key, the car automatically recognizing them as they approach. It also paves the way for advanced car sharing possibilities later on, together with being the interface for ownership services like servicing and pickup. Driver presets can be established before they even sit behind the wheel, while Polestar has made clever design decisions like enlarging the graphics in the instrument cluster so that it’s easy to see the current charging status from outside the EV.

A premium EV with a premium charging experience

Cars like the Chevrolet Bolt EV and Nissan Leaf have struggled to put a dent in the Model 3, falling short of the Tesla’s cachet and premium features. That’s somewhere the Polestar 2 aims to compete. The cabin of the five-door fastback promises to be noticeably quieter than compared to a regular car, with levels down 3.7 dB according to the automaker.

What has really set Tesla apart, of course, is the Supercharger network. Polestar won’t have an EV charger infrastructure of its own, but it says it’s setting up “strategic collaborations” so that drivers will have access to the largest public charging networks in each market. Management for that both through the car’s dashboard and via the Polestar app will be supported, too.

Polestar will offer two ways to get behind the wheel of Polestar 2: purchase, or a subscription plan that follows the Care by Volvo model. Initially only the former will be offered. 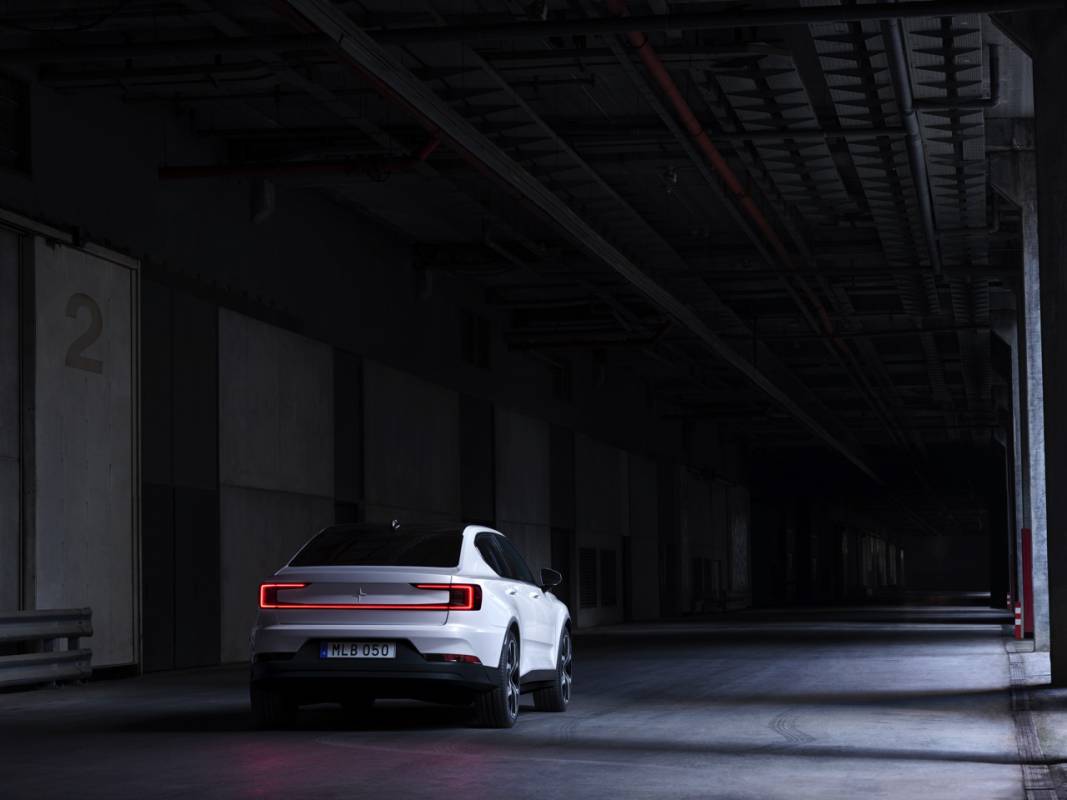 Initially the car will be offered in the United States, Canada, China, Belgium, Germany, the Netherlands, Norway, Sweden, and the UK. Further markets will be announced later on. Preorders are being taken from today, and as with the Polestar 1 all sales are online.

That’s not to say Polestar 2 drivers will have to buy the car sight-unseen. The EV will make its public debut at the Geneva Motor Show 2019 next week – we’ll have a full report from there – before a global roadshow in Europe, North America, and China through the rest of the year. Polestar Spaces, the brand’s showrooms which will offer test drives, will also open up to give an in-person view of the car.

As for deliveries, they’re expected to begin early in 2020. Production of the Polestar 2 will kick off in China at the start of the new year, in both left- and right-hand drive form.

The EV space just got interesting

Polestar as a brand may not be a household name, but the Polestar 2 could well change that. Much in the way that the Tesla Model 3 has popularized electric cars, the addition of another premium option in the EV space is only likely to lure drivers out of their traditional cars and into a fully-electric alternative. When it comes to production, though, Polestar has some advantages.

Tapping Volvo Car Group’s production expertise – not to mention its platforms and parts bins – gives Polestar a clear head start. Geely, meanwhile, has already demonstrated with Volvo that it’s willing to let its deep pockets do the talking. That strategy, combined with an authentic Swedish voice that comes through loud and clear in Volvo’s latest models, has served the automaker handsomely.

Altogether, it makes Polestar’s aggressive roadmap a lot more believable. The Polestar 1 ships this year; the Polestar 2 arrives early in 2020. Not long after, though, Polestar 3 will tackle the premium crossover category.

Were it not for its co-owners experience and bank balance, Polestar’s ability to take that plan and nail the timeline would seem far-fetched. Certainly, other electric car startups – and would-be Tesla rivals – have struggled to meet their ambitious goals. Deciding to build a family of EVs is easier said than done, it turns out.

For now, the Polestar 2 seems promising. Competitively priced, with solid performance and range specifications, it also benefits from the fact that, for some would-be owners, the very fact that it’s not “another Tesla” becomes a selling point in itself. We’ll see just how strong that argument really is when the Polestar 2 arrives next year.