The Pokemon GO Halloween event is over and the second event is well into planning stages for Thanksgiving week. Some effects of the Halloween event in Pokemon GO have stuck around for a bit longer than expected, but they’ll be gone soon. Expect your lower requirements for walking distance with your Buddy Pokemon to go back to normal today. Also expect the spawn rates for spooky Pokemon like Haunter, Ghastly, Gengar, Cubone, Marowak, and Meowth to go down, too.

What the next Pokemon GO event will do is very similar to what went down during the first. Of note, before we get too deep into details, is the fact that what we have here is not solidified. Our source – who was quite correct when predicting the Halloween event – says planning is not quite complete.

Niantic has stuck largely to events like Halloween, Christmas, and April Fool’s day for international events in Ingress. If Ingress’ methods serve as a hard and fast guide, we shouldn’t expect any bonuses on the 24th of this month. But Pokemon GO is different from Ingress – it’s grown in a different way, and players play the game different too.

The image above shows a Spearow, one of several Pokemon we expect to see more abundant during Thanksgiving. The illustrator of this image goes by the name ArtKitt. You can find more illustrations from the artist known as ArtKitt on DeviantArt. 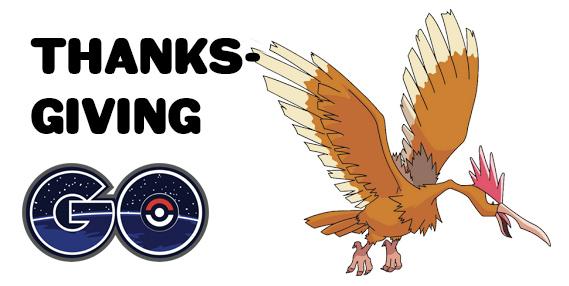 What we’re predicting using the information provided to us is a Thanksgiving week event. A set of modifications to the game during Thanksgiving week will replicate those released during Halloween. This includes an increase in spawn regularity of several types of Pokemon and an ease in Buddy Pokemon walking distance requirements.

What better way to work off the weight tacked on during the most food-filled day of the year than walking? Walking with more than one purpose – gamification, too. Niantic may wait for Easter to ease Pokemon Egg distance requirements, but for Thanksgiving, friendship is key. 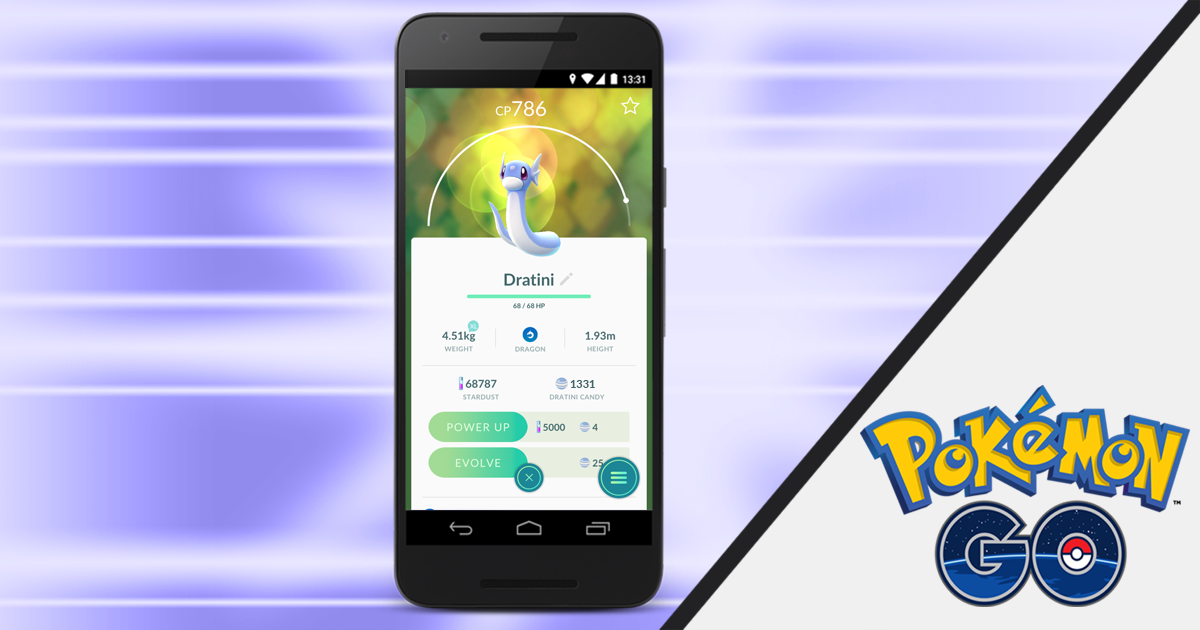 ABOVE: Shared by the official Niantic-run Pokemon GO Facebook page, it’s been teased that the requirements for Buddy Pokemon might change: “Which Pokémon are you sweet on? How much Candy do you have for that Pokémon?” It could be that the popularity of walking during the Halloween event could make the Buddy Pokemon requirement change permanent. Dratini appears to be used so as not to mistake this with any other sort of holiday announcement.

The Thanksgiving we expect Niantic will celebrate in Pokemon GO is the USA-based event. Different Thanksgiving events take place around the world around this time, so it’s possible there’ll be an extended event series. What’s more likely is the Halloween event’s relation to the USA will serve as template to future events like Thanksgiving.

Pokemon we expect will become more common during the days before, after, and during Thanksgiving are as follows:

The days this event will be taking place will likely sit on either side of the 24th of this month of November. Niantic would be smart to start the event on the day of Thanksgiving – a Thursday – and continue on into Sunday. This would cover the many Pokemon GO players heading “home” for the holiday and sticking around over the long event weekend.

In short – Thanksgiving is not an event that Niantic has celebrated (in Ingress) before, but that may change with Pokemon GO. Our source suggests that a number of Pokemon are under consideration for boosted spawn rates. Our source also suggests that it’s likely this Thanksgiving event will also have a focus on walking for exercise after the holiday itself.